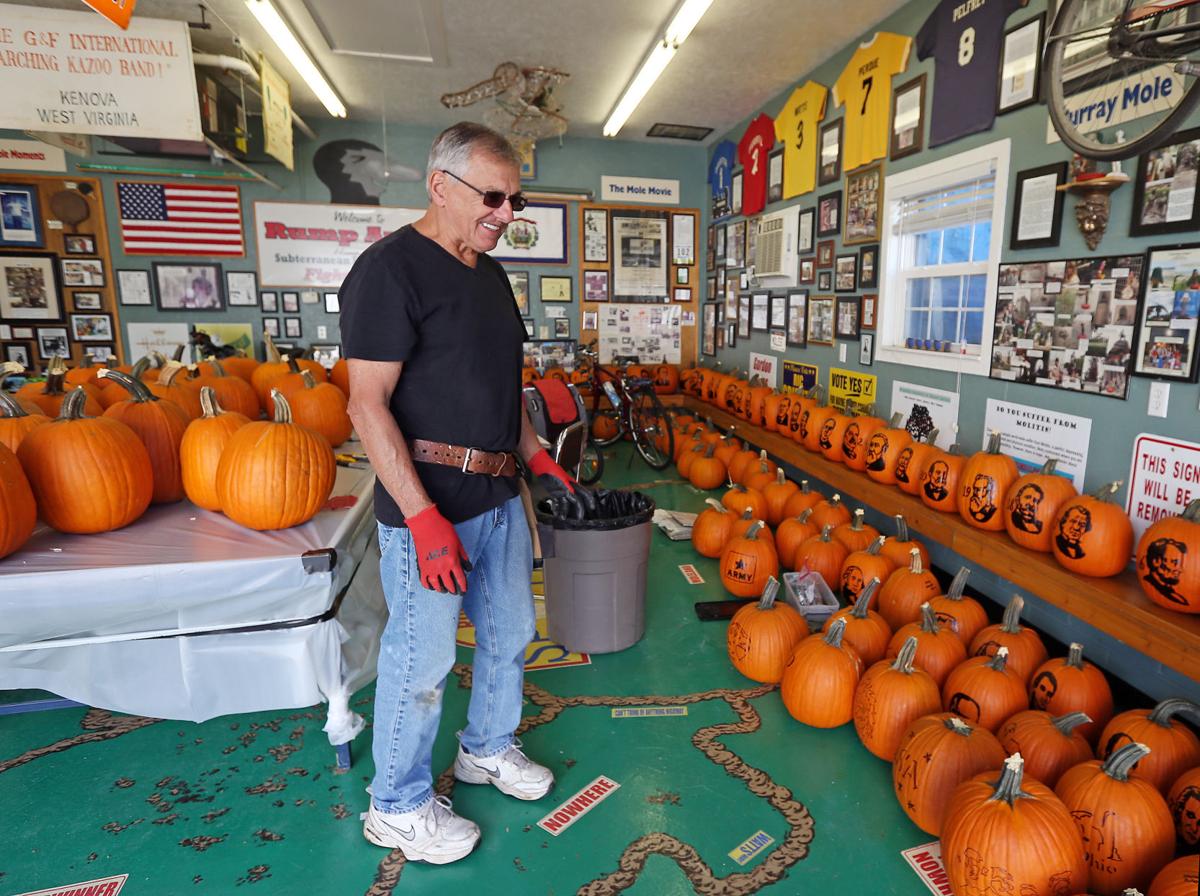 Ric Griffith gets ready to set up his Pumpkin House display Oct. 9, 2019, in Kenova. The annual tradition has been canceled this year due to the novel coronavirus. 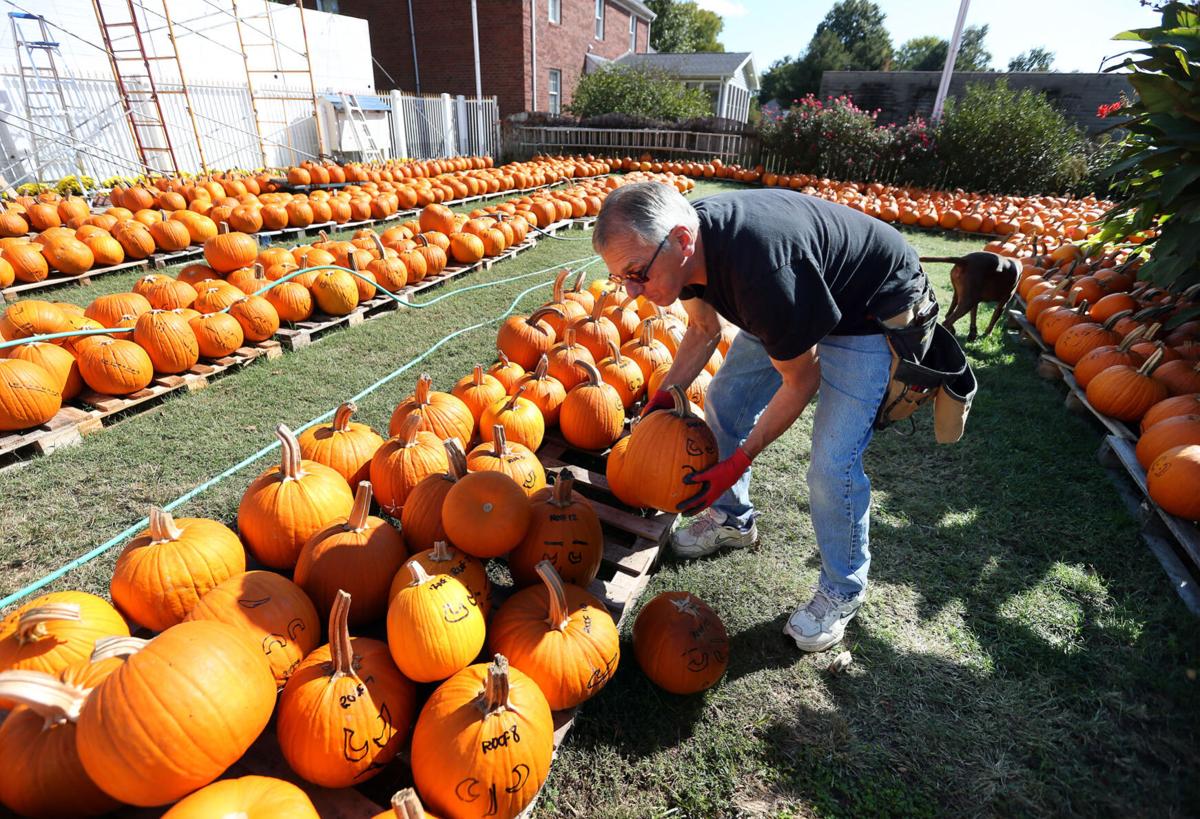 Ric Griffith sets up his Pumpkin House display on Oct. 9, 2019, in Kenova.

Ric Griffith gets ready to set up his Pumpkin House display Oct. 9, 2019, in Kenova. The annual tradition has been canceled this year due to the novel coronavirus.

Ric Griffith sets up his Pumpkin House display on Oct. 9, 2019, in Kenova.

KENOVA — The end of September typically gives Ric Griffith 3,000 reasons to get to work, but his schedule will be a little more flexible this fall.

In a normal year, that’s when thousands of pumpkins would be delivered to his backyard as he begins preparations for the famed Kenova Pumpkin House, located at 748 Beech St.

But not during a global pandemic. This year he’ll step outside, and his vision won’t be blocked by gourds, and his yard won’t be the destination for thousands of visitors in October.

“It will be strange,” said Griffith, who has put on the grand display at his current address for nearly three decades. “They deliver the last week of September, and the next five or six weeks after that would occupy anywhere from 12 to 18 hours of my day.”

Along with the help of the community, in a matter of weeks, Griffith’s property would be transformed from just another Kenova home into a world-famous attraction with carved pumpkins on display on nearly every inch of his home, yard and sidewalk out front.

On Wednesday, the Ceredo-Kenova AutumnFest Board of Directors voted to cancel the 2020 event, which included the Pumpkin House. Griffith said the cancellation won’t put an end to the storied tradition, and he plans for the display to make a full return in 2021.

“This isn’t the end of it, just necessary precaution,” he said. “Hopefully things will allow us to bring it back next year, and it will be bigger and crazier than ever before.”

In recent years, Griffith said, people have traveled from across the United States and some internationally to take in the scene. Some of his favorite moments, he said, came from meeting visitors from far and wide and also locals who helped bring the house to life.

“Last year, we had visitors from a dozen states and some from other countries like Germany and Ireland. One couple drove in from Nova Scotia, Canada, just to see it,” he said. “It is my worry that people will assume we’re going to do it and drive long distances to see it. While there’s still a risk that will happen, that can’t be prioritized over the safety of our community.”

But if there’s one thing Griffith might not miss, it’s the physical toll of carving thousands of jack-o-lanterns.

“I don’t think I’m going to miss all that physical labor, though. I’ll miss it because of the great people that come to help and the ones we meet, but I’m sure I’ll find something else to do.”

One option, Griffith added, would be a small-scale display that could be viewed from the road so visitors wouldn’t have to get out of their vehicles. But even with a small display, he said he wouldn’t want anything that would draw large crowds and create a risk.

“I’m extremely aware of the fact that a large display would cause people to congregate. We’ve looked at maybe doing a few dozen pumpkins spread out across the yard, something that could be viewed from the street. But depending on where we are with the (corona)virus, I may scale it back to nothing if there’s a possibility of transmission,” Griffith said.

“We don’t want to do anything, as well intended as it might be, that will contribute to spreading the virus and endangering visitors or residents.”

Volunteers help set up the Pumpkin House on Tuesday in Kenova.