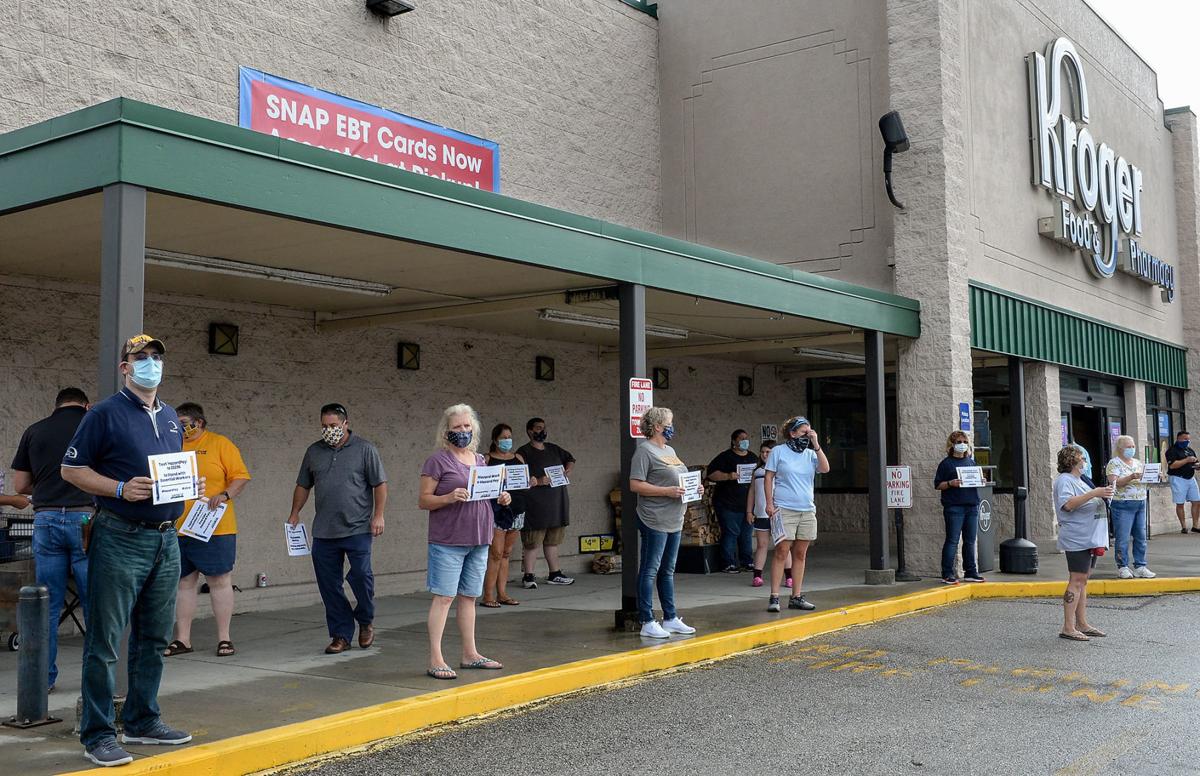 Kroger workers, members of the United Food and Commercial Workers (UFCW) Local 400, protest in front of the Kanawha City, W.Va., Kroger on Sept. 3. 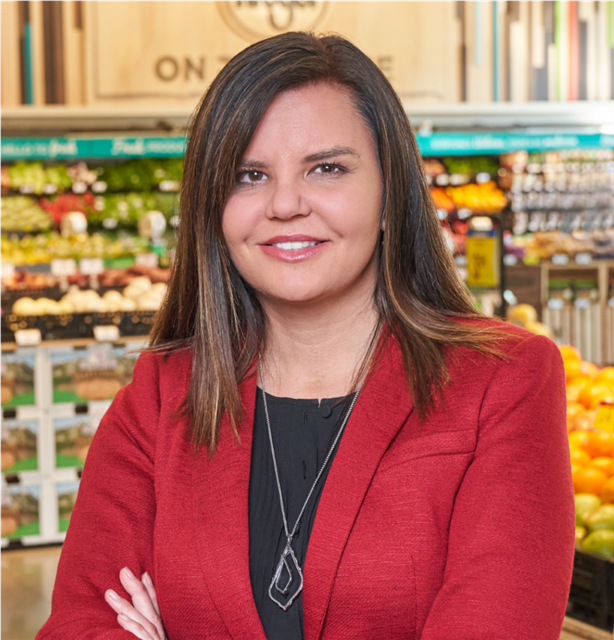 CHARLESTON — The possibility of a work stoppage at the largest grocery chain in West Virginia increased Friday as the two sides again failed to ratify a new contract.

United Food and Commercial Workers 400 rejected the Kroger Mid-Atlantic division’s latest contract proposal, 1,551-130. The tally was nearly as lopsided — 1,490-131 — when the union’s membership later approved a strike if it doesn’t receive a better offer. A possible deadline for that next offer, however, has yet to be determined.

“We hope this vote will make Kroger come to its senses,” said Mark Federici, president of UFCW Local 400. “We’re ready to get back to the bargaining table and negotiate a deal that rewards hardworking Kroger associates.”

Among the ongoing points of contention are alterations to health care benefits for associates, as well as the reduction or elimination of other perks for employees with seniority.

According to Paula Ginnett, president of Kroger’s Mid-Atlantic division, the company expects to spend more than $99 million in health care-related costs over the lifetime of the contract. In exchange, Kroger is asking to raise associates’ costs for health care, something she said wouldn’t go into effect until 2022.

“It would be eight years that we have not increased the rate associates pay per week,” Ginnett said. “We’re asking for modest increases in order to be able to balance out some of the costs that continue to happen with health care and to make sure we have sustainable health care for the future. And our cost is still significantly below the national average for a PPO.”

Ginnett also said the proposal included a $20 million wage investment that would allow associates to grow their hourly pay. Some associates, she said, could improve their rate by up to $4.65 per hour depending upon their position during the life of the next contract.

Kroger associates, however, say the increases still don’t balance out.

“I was very satisfied with how we voted and stuck together as a team,” said Carolyn Devit, who’s worked at Kroger’s Ashton Place location for more than 42 years. “Under this offer, I would be paying more out for my medication than I would be making at Kroger.”

Friday’s developments were the latest in collective bargaining talks that began in the summer between the regional union and the national grocery chain.

Kroger’s Mid-Atlantic division operates more than 100 stores in West Virginia, Virginia, Kentucky, Ohio and Tennessee, with roughly 18,000 associates. A large chunk of those employees are members of Local 400, which represents more than 35,000 people in retail food and department stores, health care, food processing services and other industries across the Mid-Atlantic states. Kroger has 40 stores employing more than 4,200 workers in West Virginia.

The company’s latest proposal was presented last month and then forwarded to Local 400’s seven-person bargaining advisory committee. The committee chose to forward the proposal to the union membership for a vote, the results of which were counted and disclosed via video conference Friday morning.

The original contract, ratified in 2017, expired Aug. 29. A four-week extension elapsed at the end of September, and a day-to-day extension was activated while negotiations continued. The extension would have to be canceled with 72 hours’ notice from either side before a work stoppage can happen.

There have been two work stoppages at Kroger stores in West Virginia, most recently a two-month strike late in 2003. Employees also went on strike for three weeks in 1974.

“We are disappointed that our comprehensive best offer to settle was not accepted,” said Allison McGee, corporate affairs manager for Kroger Mid-Atlantic.

“We remain committed to reaching an agreement. We have told union leaders we remain ready and willing to meet in additional negotiation sessions to see how we might resolve any outstanding issues.

“It’s business as usual at Kroger. Associates are continuing to report to work as scheduled. A strike authorization doesn’t mean a strike. At this point, the union has not called for a work stoppage. Our focus remains on our associates and recognizing and rewarding them for their hard work.”