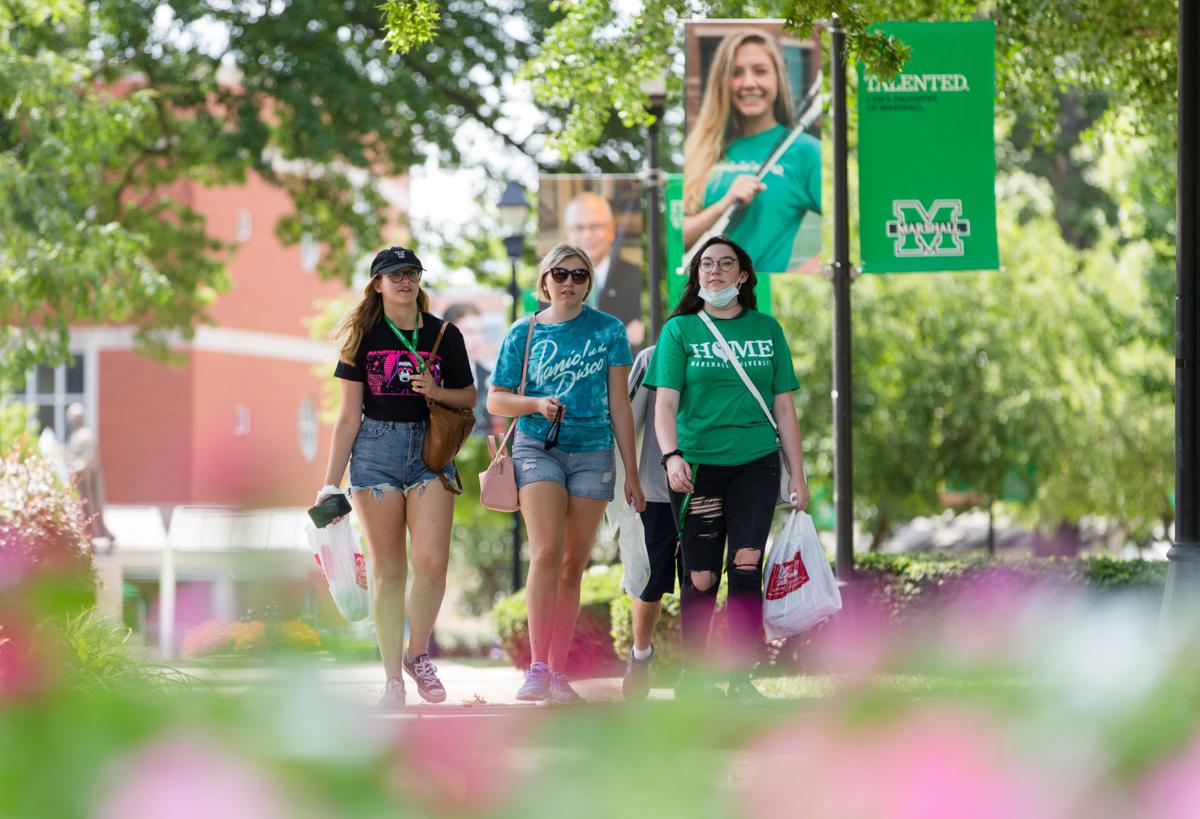 Marshall University students walk through campus on in 2020 in Huntington. 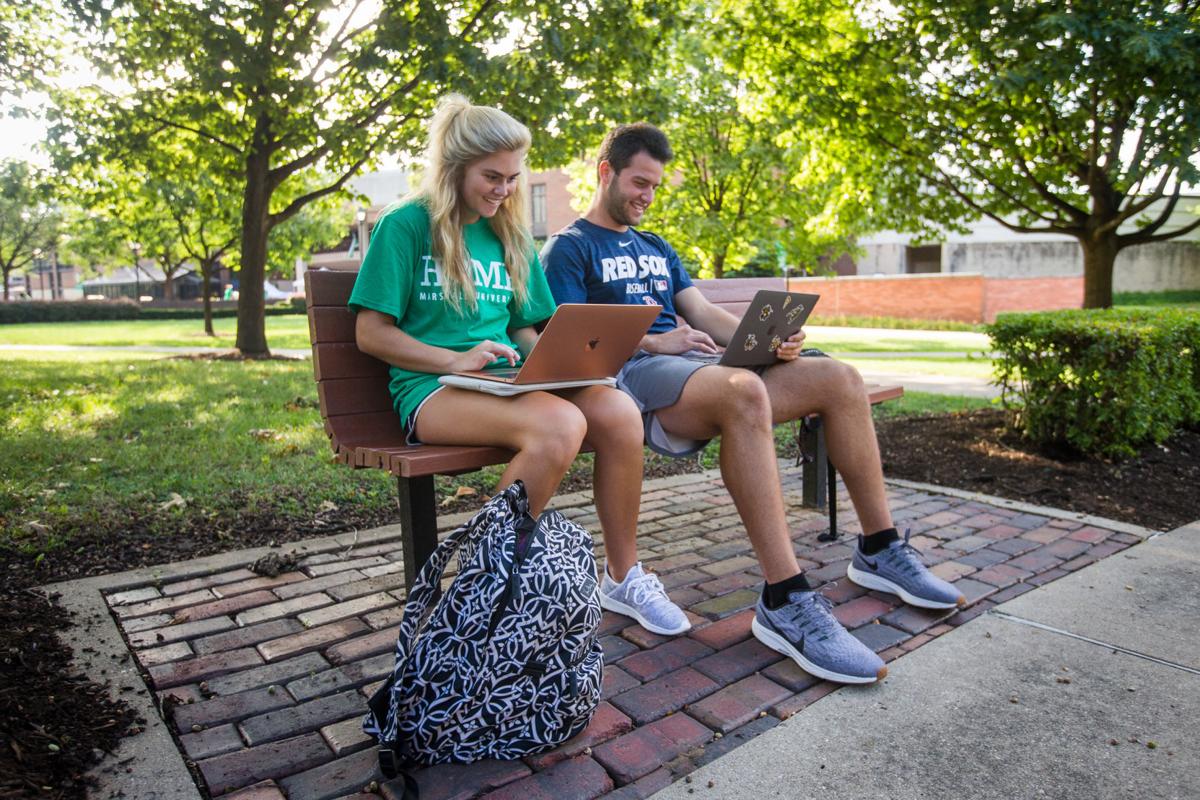 Marshall University students Olivia Burns, left, and Enzo Lewis take a break on campus between classes during the first day of the fall semester in 2020 in Huntington. 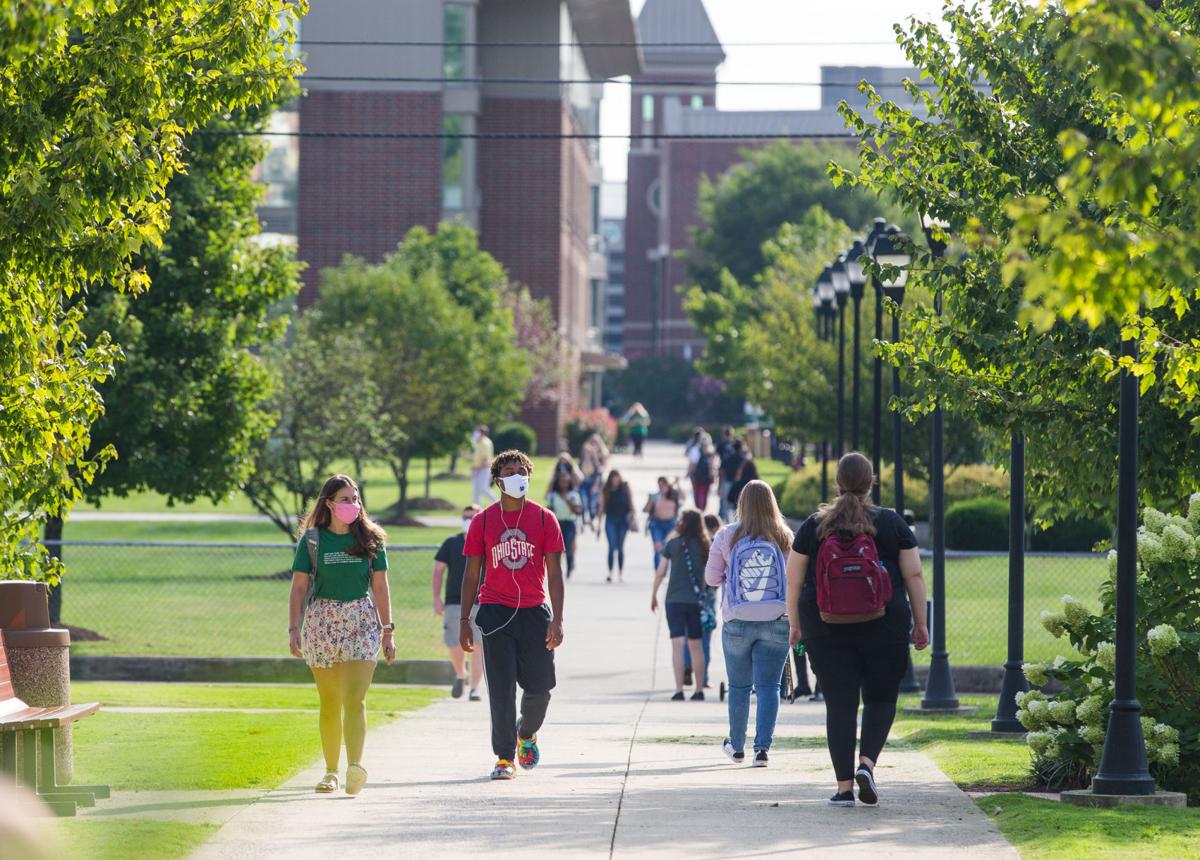 Marshall University students cross campus on the first day of the fall semester in 2020 in Huntington.

Marshall University students walk through campus on in 2020 in Huntington.

Marshall University students Olivia Burns, left, and Enzo Lewis take a break on campus between classes during the first day of the fall semester in 2020 in Huntington.

Marshall University students cross campus on the first day of the fall semester in 2020 in Huntington.

CHARLESTON — Just under half of West Virginia’s public high school graduating class of 2020 enrolled in either a vocational school, community college or four-year college or university this past summer or fall, according to new state data.

That 48.2% college-going rate, down from 50.5% for the Class of 2019, is the lowest since at least the Class of 2000, when it was 54.9%. That’s according to Chris Treadway, research and policy senior director for the state’s higher education oversight agencies.

This college-going rate statistic doesn’t include students who might enroll in a vocational school, community college or four-year college or university any time after the summer or fall immediately following their high school graduation.

The Class of 2020 graduated amid the start of the COVID-19 pandemic. Gov. Jim Justice closed K-12 classrooms statewide beginning March 16, 2020.

West Virginia colleges also moved many classes online for the fall 2020 semester. Many colleges in other states followed suit.

Treadway said he believes the dip below 50% is because of the pandemic, but added, “We don’t have a way to make that statement for certain right now.”

Treadway said he didn’t have an answer for what drove the longer-term decline.

“The cause is so hard to pin down,” he said. “And it could vary by high school or region of the state, economic conditions and so forth.”

Bridgeport High School’s Class of 2020 had the state’s highest college-going rate, at 73.9%, followed by Kanawha County’s George Washington High, at 72.1%, and then Putnam County’s Hurricane High, at 67.8%.

“Socioeconomic status is, of course, a big predictor of students’ success in college, but also their ability to actually attend college in the first place,” Treadway said.

Students not taking college-level courses in high school was a good indicator they wouldn’t continue their education. The rate was 25.3% for those in the Class of 2020 who took neither Advanced Placement nor dual-enrollment courses, while it was 87.2% for students who took both types.

You can see this data, including the breakdown of college-going rates by high school, in the online Explorer data portal. You can access this by going to wvhepc.edu and clicking on Data and Publication Center in the bar at the top of the page.