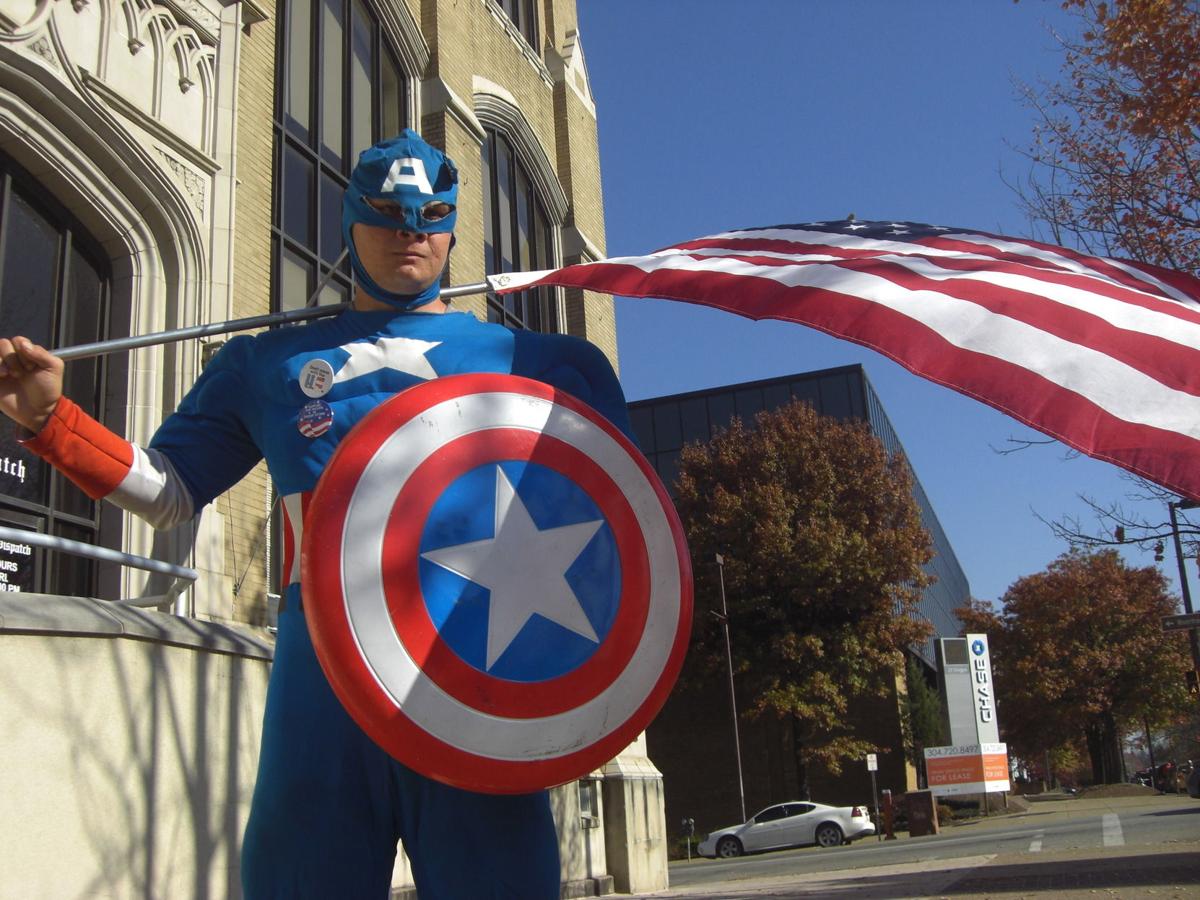 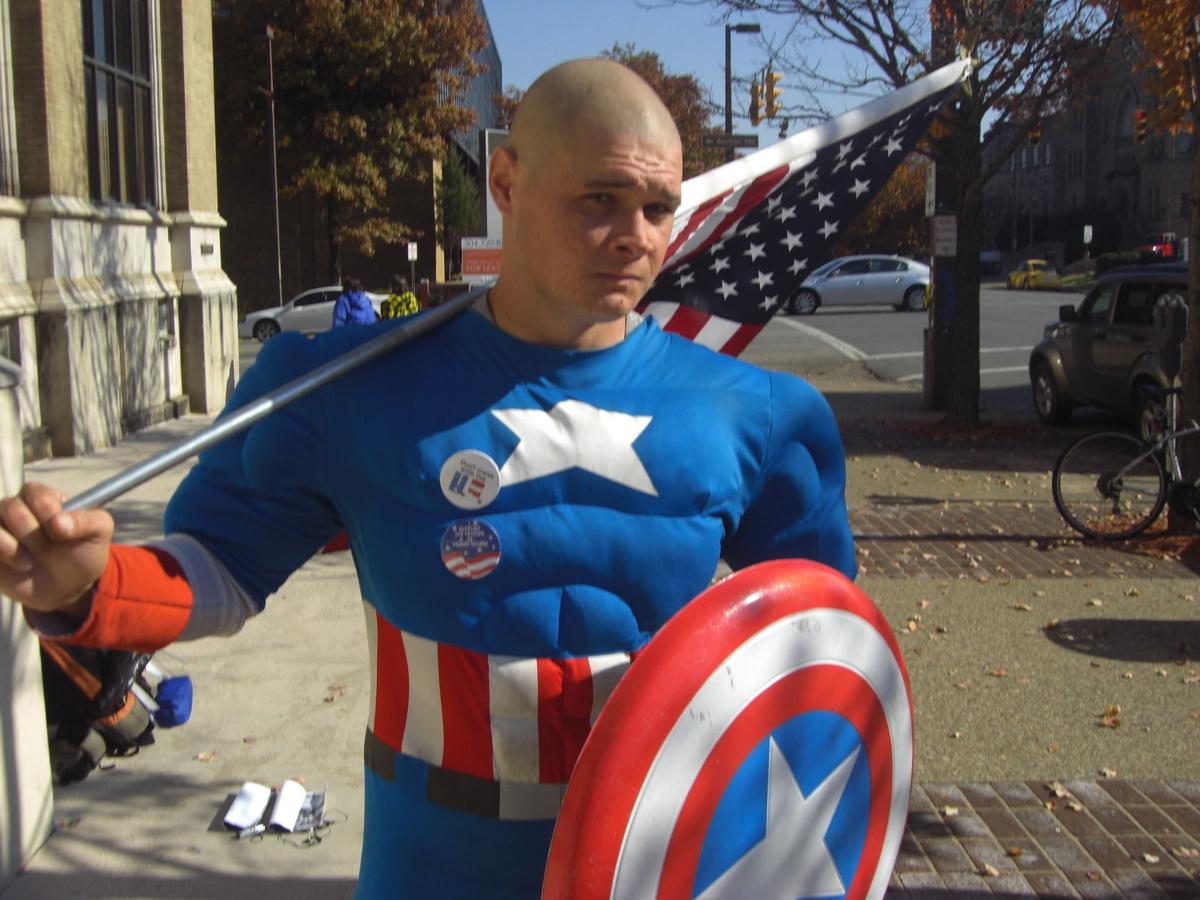 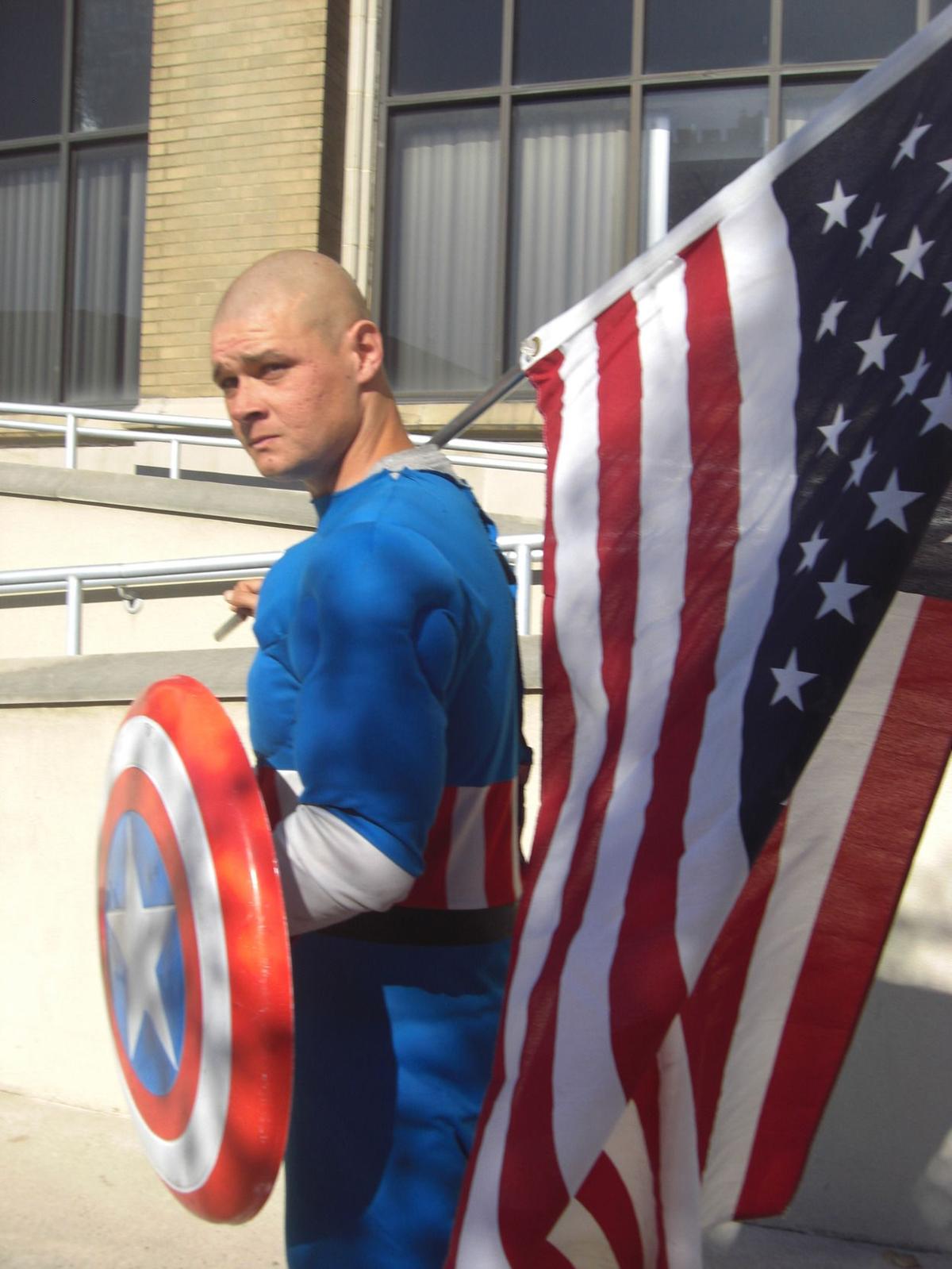 HUNTINGTON -- Halloween may be over but 28-year-old Dalton, Ga.-resident, Allen Mullins is still dressed as Captain America.

And he is more than proud to continue to serve and protect the American way.

Mullins is in Huntington as he continues his walk across America visiting state capital cities to raise awareness about the treatment of veterans once they return from war.

He began his trek last year and has sported superhero costumes from Superman to Iron Man to spark people's attention. He also carries and American flag and a sign that says "Defend the Constitution and the Troops."

Formerly a carpenter framing houses, Mullins said his boss was a veteran who often gave vets jobs to work with them.

When Mullins kept meeting older Vietnam veterans and then these 19 and 20-year-old's coming back from Iraq and Afghanistan with mental health issues, and seemingly tossed away by society, he couldn't pretend everything was OK.

"We honor veterans once a year and they should be honored more than once a year," Mullins said. "I want people to think of their freedoms and what this (the American flag) means. A lot of good people gave their lives for this flag and for their Constitution."

Mullins got rid of all of his possessions before the journey,which is a 5,000 mile walk that started on Jan. 5, 2009, and ended Nov. 15 in Manhattan. He has started his goal of traveling through 48 capital cities since the beginning of the year. He has completed 18 so far, including Charleston last week. His next stop is Frankfort, Ky.

You can contact Mullins by e-mail at supermanwalking@gmail.com. Mullins doesn't generally accept cash donations, but is looking for a better backpack as his backpack is getting worn.