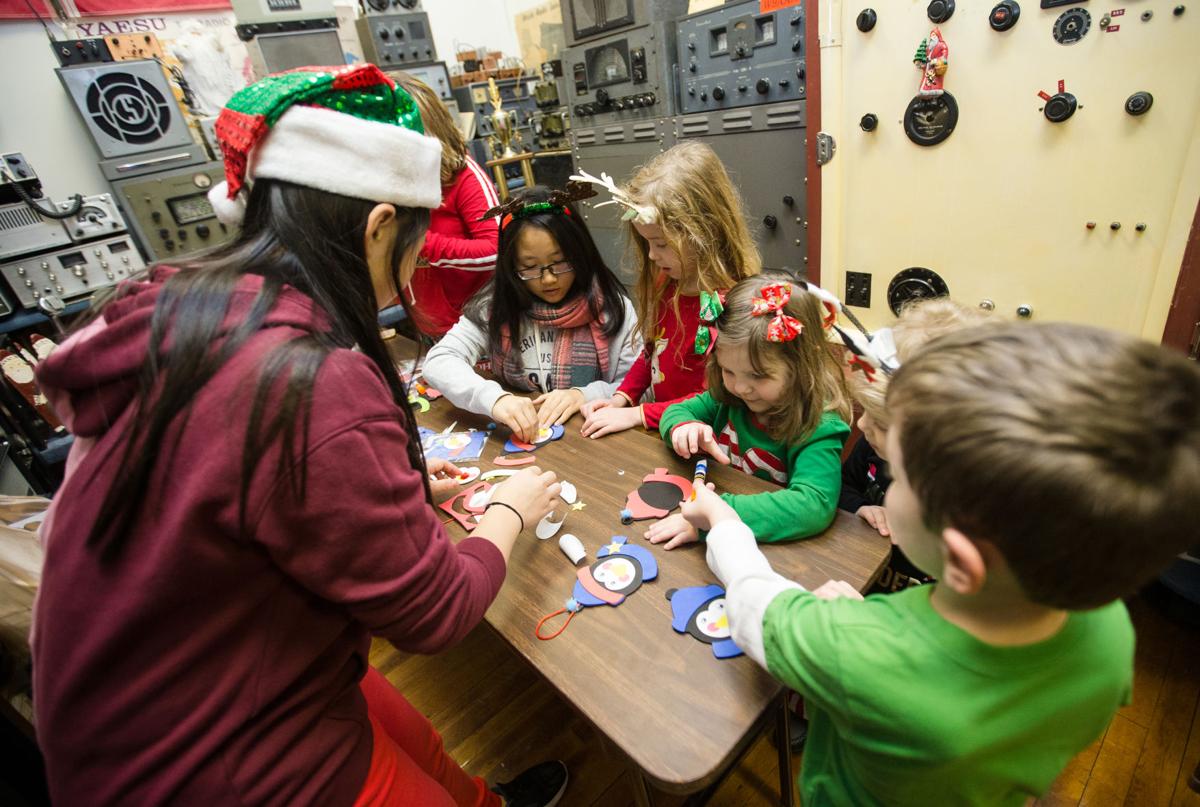 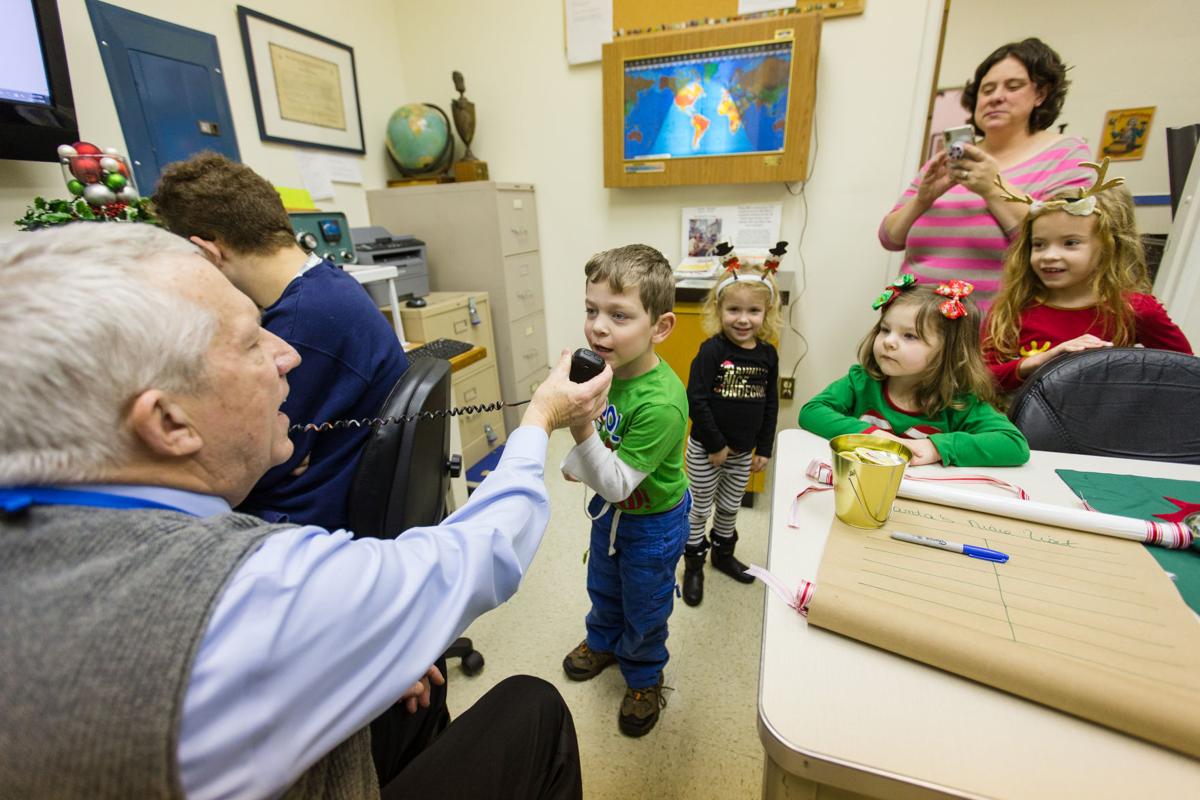 Sholten Singer/The Herald-Dispatch Five-year-old Jake Mitchem talks with Santa via amateur radio during the Tri-State Amateur Radio Association's free Christmas event on Saturday, Dec. 15, 2018, at the Museum of Radio and Technology in Huntington. 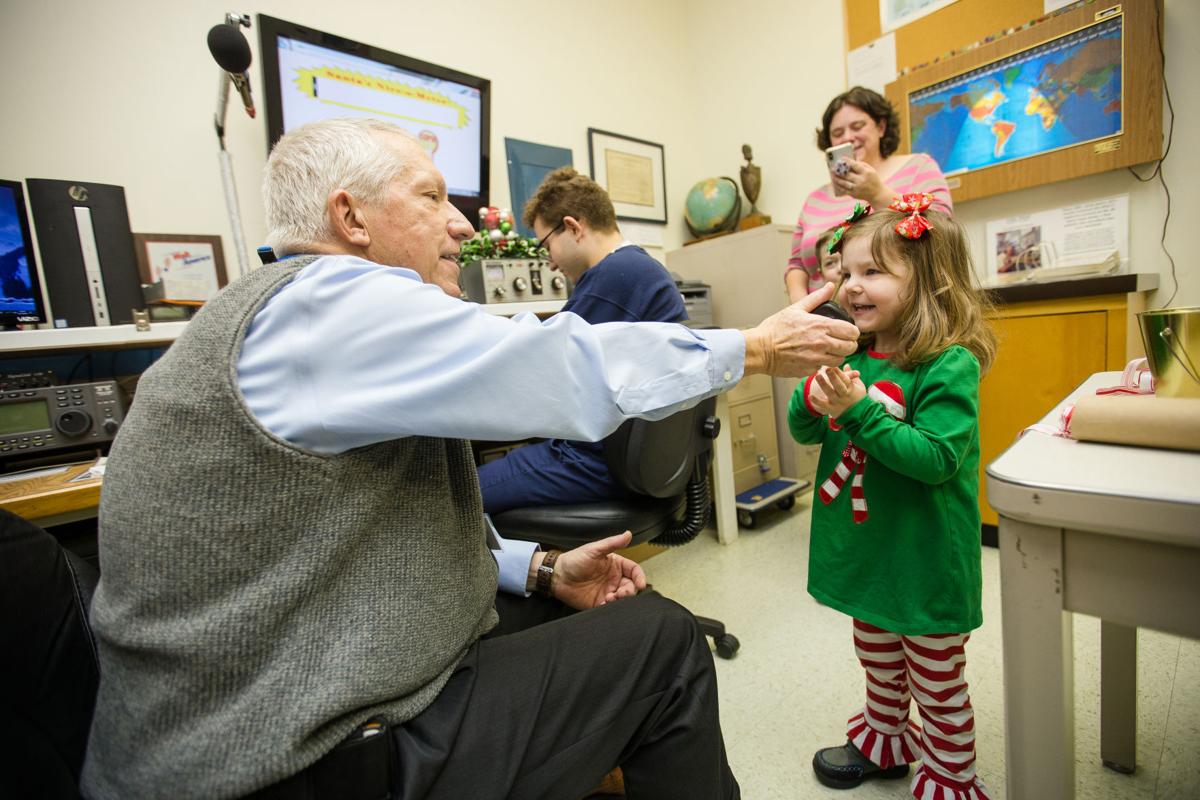 Sholten Singer/The Herald-Dispatch Five-year-old Jake Mitchem talks with Santa via amateur radio during the Tri-State Amateur Radio Association's free Christmas event on Saturday, Dec. 15, 2018, at the Museum of Radio and Technology in Huntington.

HUNTINGTON - Santa Claus took a break from preparing for his trip around the world on Christmas Eve to talk to local children via radio during an event hosted by the Tri-State Amateur Radio Association on Saturday at the Museum of Radio and Technology in Huntington.

Santa was communicating with the children over the airwaves through ham radio in the museum's "ham shack," a room full of ham radios used to communicate with people all over the world. Santa was given a report on each child's nice list status before having a negotiation on Christmas presents.

"It helps build the excitement, just to see the looks on their faces when they hear that voice," said event coordinator and amateur radio operator Teresa Killen. "There's just nothing like being little and believing."

Killen's husband, Mark Killen, who is the treasurer for the Tri-State Amateur Radio Association, suggested the event last year after he heard of a similar one in Texas. Rather than tune into that event, which is totally possible, the association decided to make one of their own.

Teresa Killen said the second year of the event was a success.

Bob Ripley, a ham - what amateur radio operators call themselves - and member of the TSARA, said the kids get different things from using the radio to talk to Santa depending on their age.

"Any chance to talk to Santa is a chance to talk to Santa. It's nice to provide that for the child, but it's more important to just expose the parent to what this is," Ripley said. "The older kids, though, sometimes it sparks an interest. We get some followup questions. There is that avenue right there for exploration. You know TV, cellphone and internet. This is none of that."

Mark Killen said exposing children to the museum and radio exposes them to a learning opportunity for science and technology.

"The neat thing about amateur radio is that it covers just about every STEM-related subject that there is," Mark Killen said.

Do you agree with the decision to push back the start of West Virginia schools to Sept. 8?