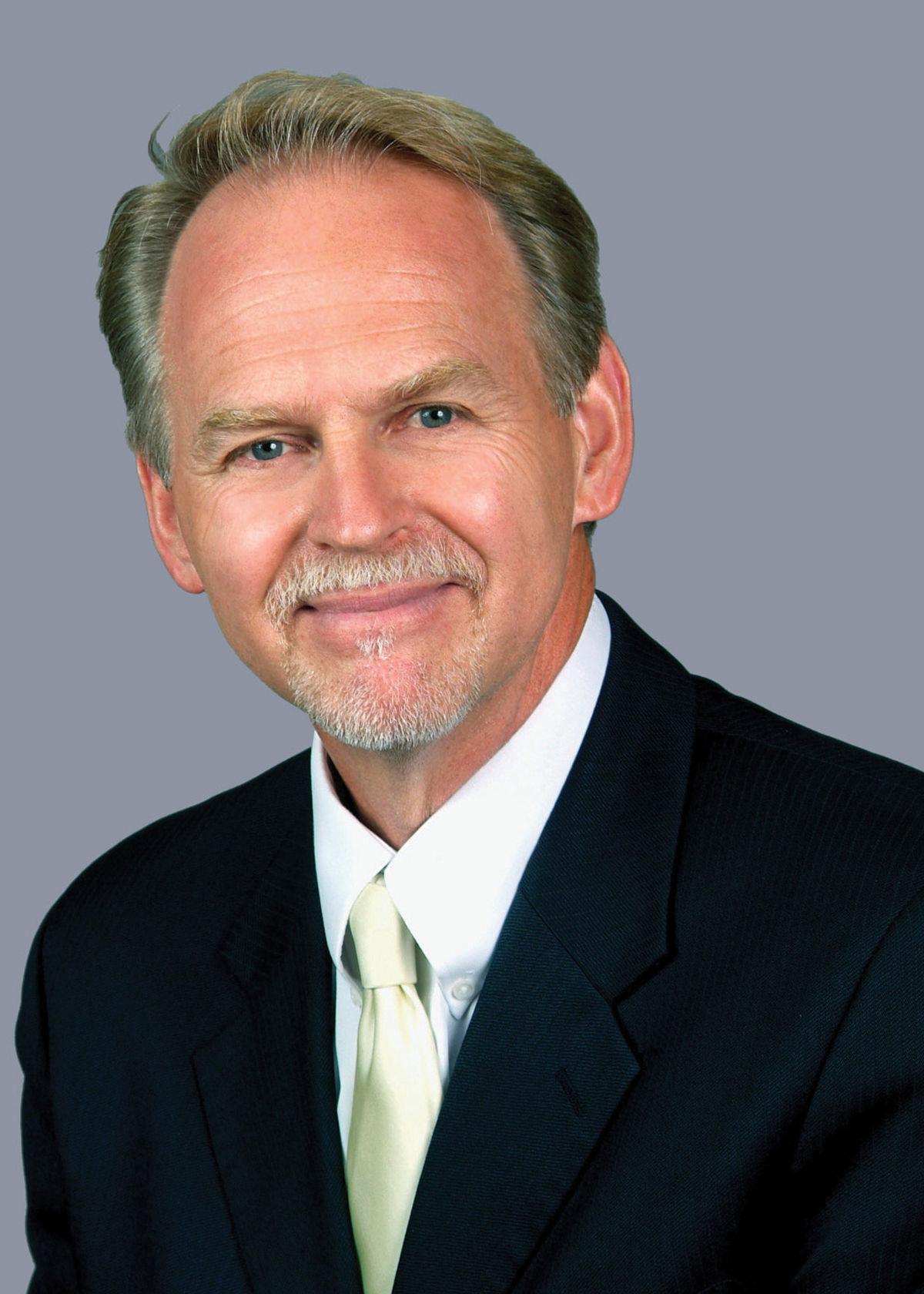 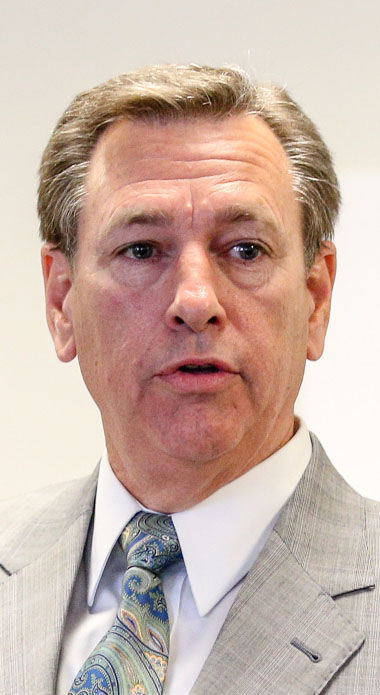 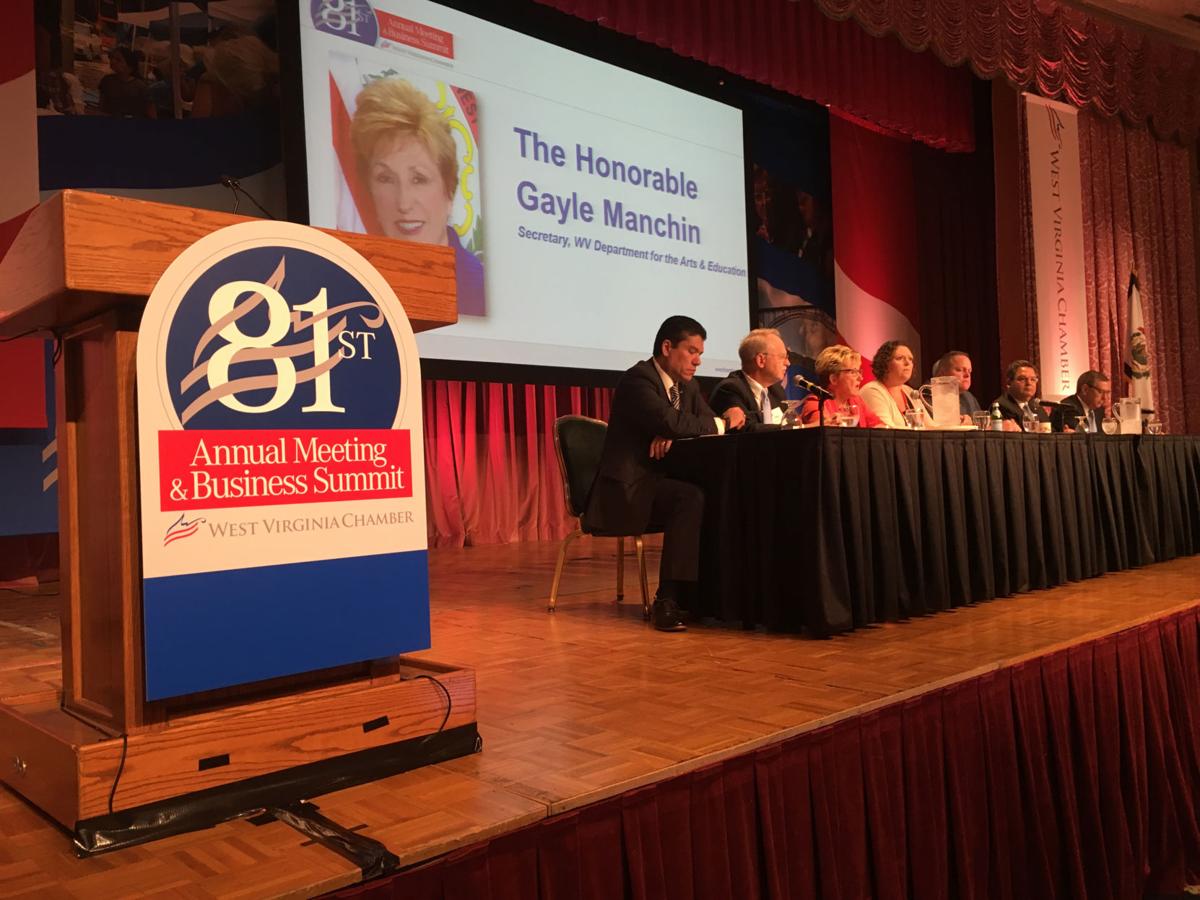 Fred Pace/Herald-Dispatch Education leaders from West Virginia hold a discussion Thursday, Aug. 31, 2017, at the West Virginia Chamber of Commerce's 81st Annual Meeting and Business Summit at The Greenbrier about how the state's workforce is being educated.

Fred Pace/Herald-Dispatch Education leaders from West Virginia hold a discussion Thursday, Aug. 31, 2017, at the West Virginia Chamber of Commerce's 81st Annual Meeting and Business Summit at The Greenbrier about how the state's workforce is being educated.

WHITE SULPHUR SPRINGS, W.Va. - Closing the skills deficit of West Virginia's workforce and offering programs that teach the skills employers are seeking are among the challenges faced by the state, some of the state's education leaders said Thursday.

They were speaking at the West Virginia Chamber of Commerce's 81st Annual Meeting and Business Summit at The Greenbrier to discuss how West Virginia's workforce is being educated and prepared to lead the businesses and industries in the 21st Century.

The discussion included information about the plentiful job opportunities that are expected, but only for people who have received the proper education and training. In West Virginia, the populace is currently falling short. And some of the speakers on Thursday said the state must strengthen its education system to close that gap.

"If you look at the demographics of our population, we only have 30 percent of the population who have that training," Hill said.

He added that 200,000 West Virginians have some college, but no degree.

"We need to get them back in school to complete their education and get their degree," Hill said. "The answer is that we have to work with every single West Virginia student to prepare them for these 21st Century jobs."

Gayle Manchin, secretary of the West Virginia Department for the Arts and Education, told chamber members one program that has had success is the simulated workplace.

"It has become a game-changer," she said. "When these young people graduate from high school, they have credentials or certificates in their arena of study. It gives them a pipeline into any community college around this state to forward their associate degree without losing any credits. This automatically gives them the skill sets they need for the good-paying jobs in and coming to West Virginia."

Tucker says community colleges in the state want to offer programs designed around a company's needs.

"We provide short-term training, one-year certifications, all the way up to two-year associate's degrees and all those programs opportunities are industry recognized," Tucker said.

Tucker added that there is a need for hands-on training and encouraged chamber member businesses to offer internships.

"Internships provide the perfect opportunity for companies to teach students the hands-on skills they need," she said.

"Today, 60 to 70 percent of the jobs in our country and in our region will require simply a two-year highly technical degree," he said. "There is no reason why we can't meet those needs, especially in the areas of IT and manufacturing. We need to be very intentional about how we prepare our students for the future economy."

Delegate Paul Espinosa, R-Jefferson, is the education chairman for the West Virginia House of Delegates, and he says by 2020 as many as half of the 9.2 million jobs in the science, technology, engineering and math (STEM) fields will be computer-related, according to the Association for Computer Machinery.

"Over 70 percent of these jobs will require a bachelor's degree or higher," he said. "Unfortunately, the nation is not on track to meet those labor needs. By 2020 the United States may have one million more computing jobs than qualified individuals to fill them."

Espinosa said the state legislature has passed some meaningful education reform and he is eager to see the impact of that legislation.

State Sen. Kenny Mann, R-Monroe, is the education chairman in the state Senate and said there is still a lot of work to do.

"West Virginia ranks 47th or 48th nationally in education rankings, so we need bold decisions to take education to the front," he said. "We must look outside the box at educational opportunities and see education as a long-term investment."

"It's almost a state of emergency in West Virginia education," he said.

State Sen. Bob Plymale, D-Wayne, also treasurer of the Southern Regional Education Board, said although progress in education has been made, West Virginia still has big challenges transitioning students for life after high school.

"According to the Social Science Research Council, 17 percent of the state's young adults are disconnected, neither working nor in school, which is the second highest in the nation behind New Mexico," he said. "If we don't address the disconnect we are lost."

Plymale said the good news is that a recent report showed that 37 percent of West Virginia high school seniors completed a technical course of study in 2016, up from 18 percent in 2010.

"We need to get into the middle schools and start teaching them about these jobs," he said.

Plymale also said state cuts to higher education are not the answer.

"We can't reduce funding to higher education; we have to invest in it even more now," he said. "We cannot have a great state without great schools."

Now that shopping malls have reopened, when do you plan on visiting one?