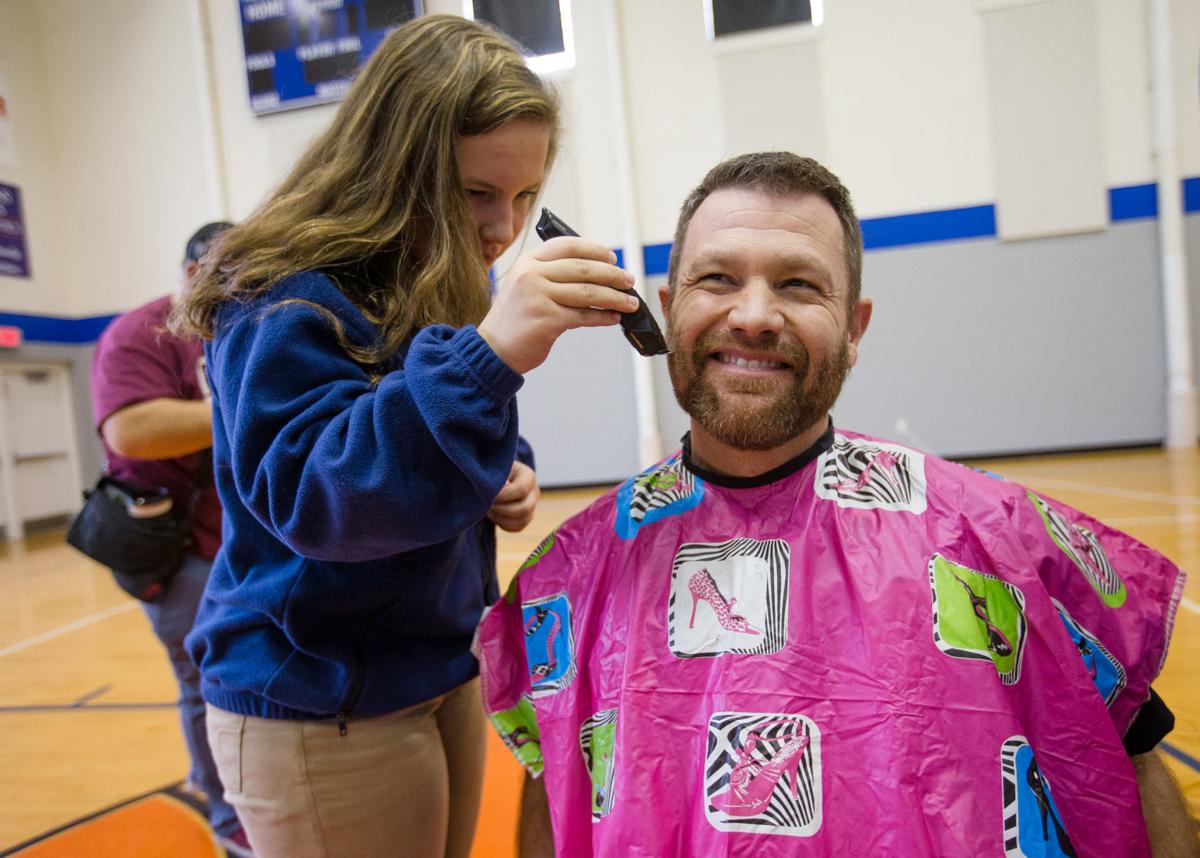 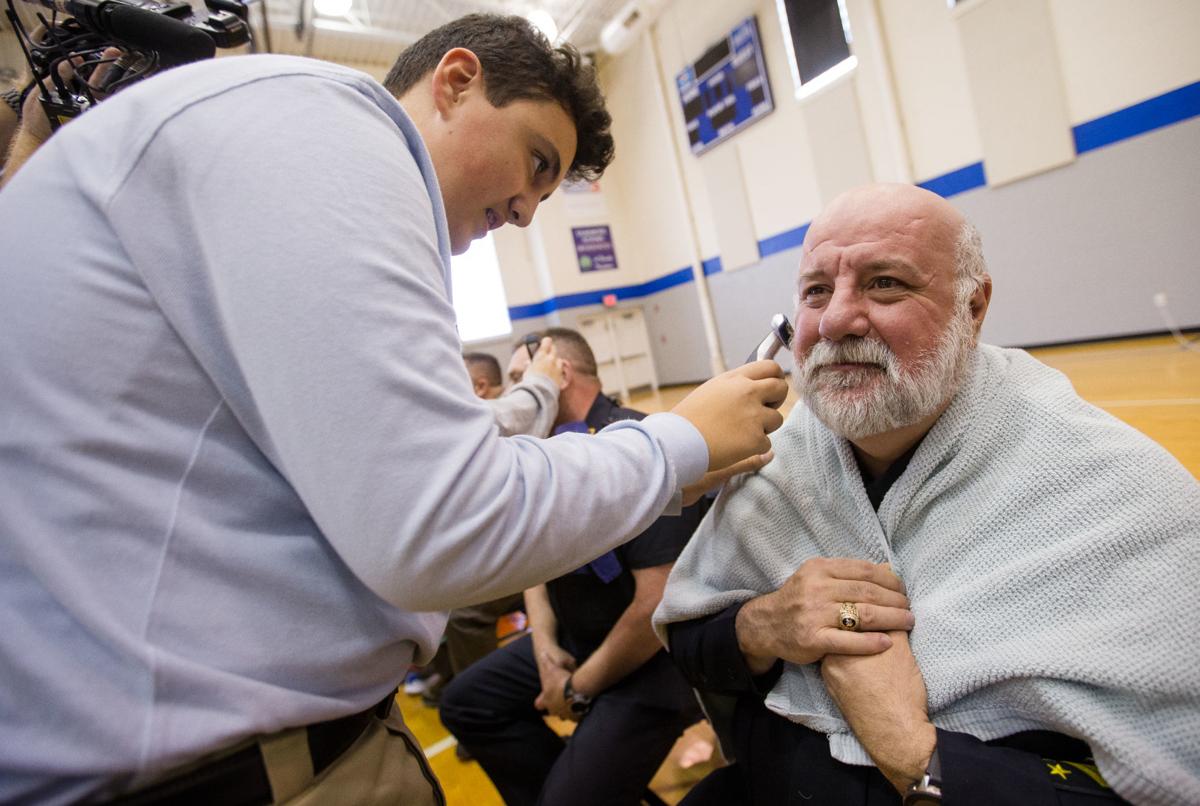 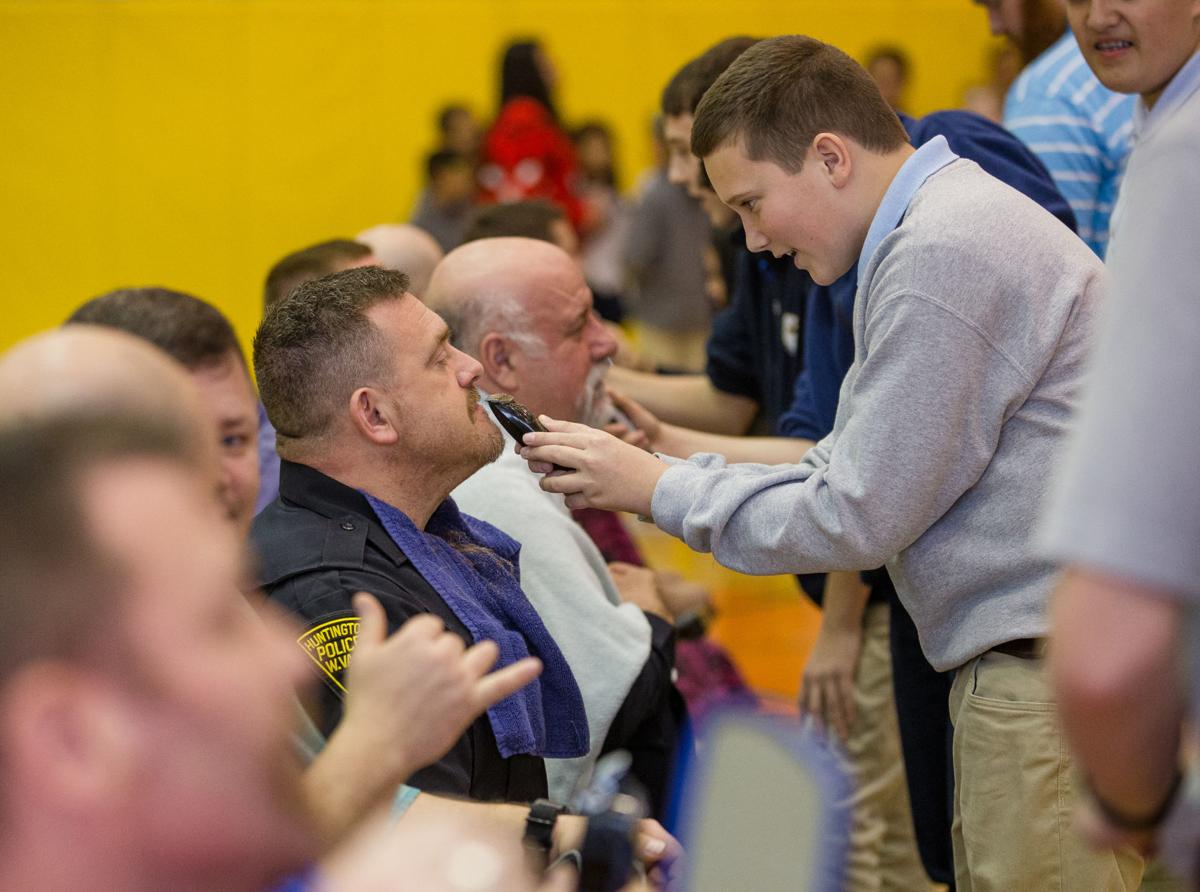 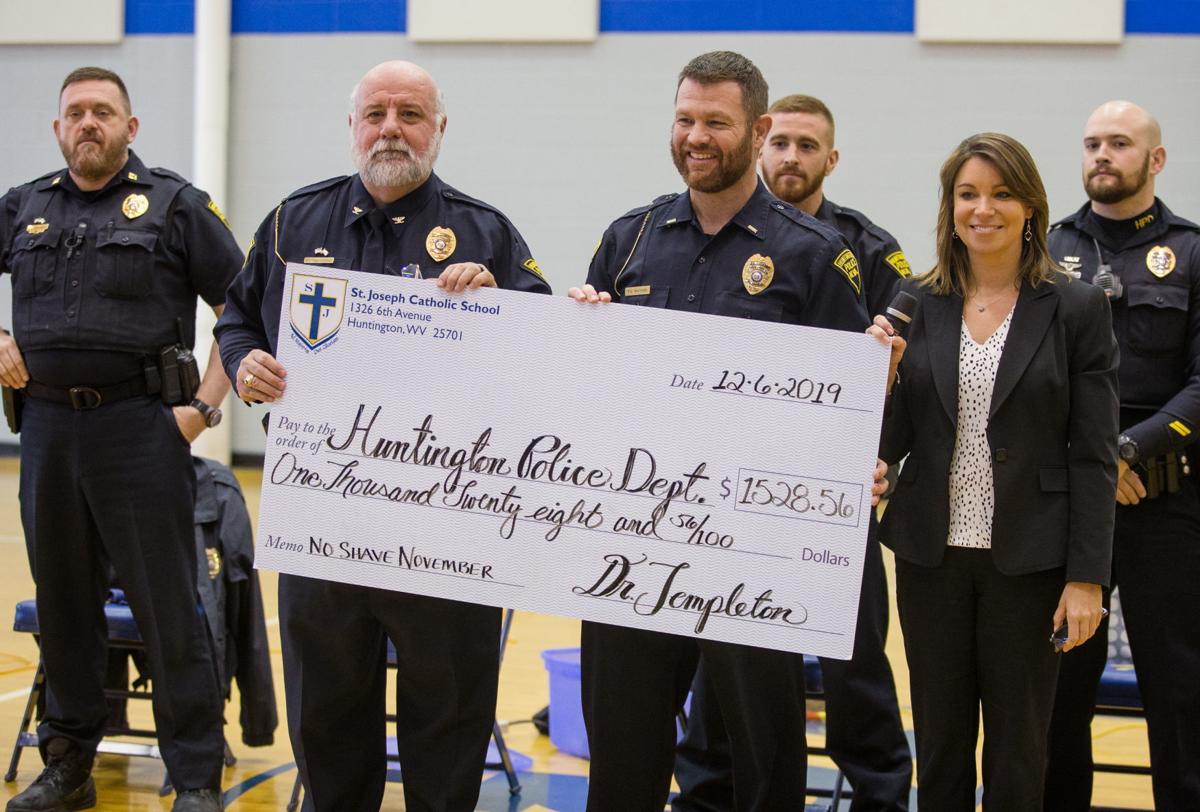 HUNTINGTON — Huntington police officers put on capes at St. Joseph Catholic Grade School on Friday, but not the kind worn by Superman or Batman.

They were barber capes because eighth-grade students took turns trimming officers’ faces as a reward for the school raising the most money in the Huntington Police Department’s “No-Shave November,” a fundraising effort to benefit cancer patients at the Hoops Family Children’s Hospital at Cabell Huntington Hospital.

Throughout the month and past week, officers have been growing their facial hair to raise awareness for the hospital and their fundraiser, which began as a tradition last year.

Thanks to donations from the community and the participation from 12 area schools, the police department was able to raise $3,623 to go toward the children’s hospital. St. Joseph Catholic Grade School raised the most of areas schools, with $1,528 of that total.

It was the school’s second time winning that honor, having also raised the most money last year.

The “No-Shave November” fundraiser was started as a way to memorialize the late Joe Ciccarelli, the city’s former police chief who lost a battle to cancer last year. The fundraiser let officers put down the razors and embrace their hair, which many cancer patients lose during the course of chemotherapy treatments.

Police Chief Hank Dial, who was sporting a thick gray beard before the event, was given a trim by student C.J. Williams. Dial returned to a nearly bare face, but elected to keep his usual mustache. It was the first time he’s grown a beard in 30 years, he said.

“This is a fun event, but it’s a fun way to do something good,” Dial said. “It’s a good way to remember Joe Ciccarelli, our former chief, who was a parishioner here at St. Joe, so it’s always extra special when they win.”

One of Friday’s amateur barbers was Nishi Chowdhuri, who had never worked a beard trimmer before, let alone trimmed a police officer’s face. She took her time, delicately shaving around Cpl. Richard Kern’s jawline and mouth.

Chowdhuri said she was afraid of cutting Kern’s face at first before getting used to the electric trimmer. Kern ended the event sporting a mustache.

“It was really fun and I enjoyed it,” she said. “It looks pretty good to me.”

Kern said he let his beard grow the entire month, only trimming away hairs from his lower neck. In the end, he said he was pleased with Chowdhuri’s skills.

“She did a wonderful job. She was very attentive,” he said.

Dial joked that several of the eighth-graders might have futures as barbers.