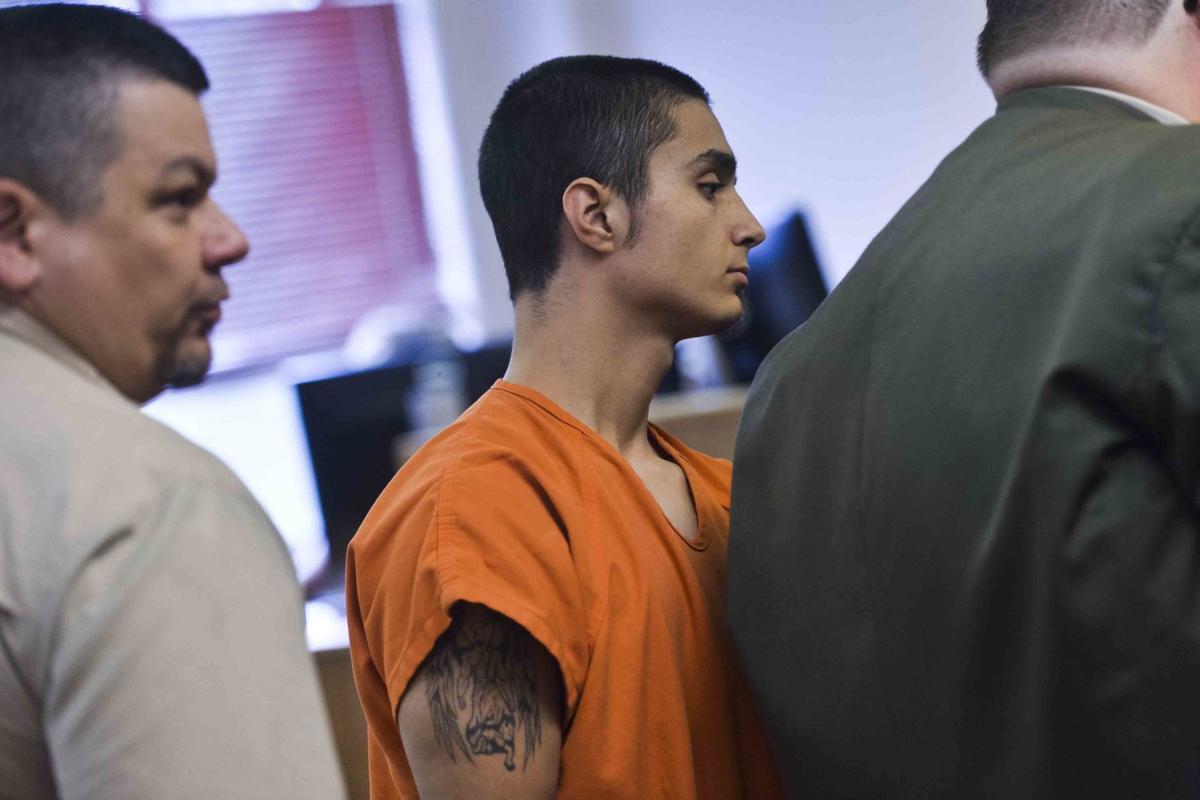 Anthony Arriaga, center, is escorted out of the courtroom after Magistrate Barry Marcum ruled there was enough evidence for Arriaga’s case to continue in the alleged murder of Ben Hatfield at Mingo County Magistrate Court in Williamson, W.Va. in 2016. 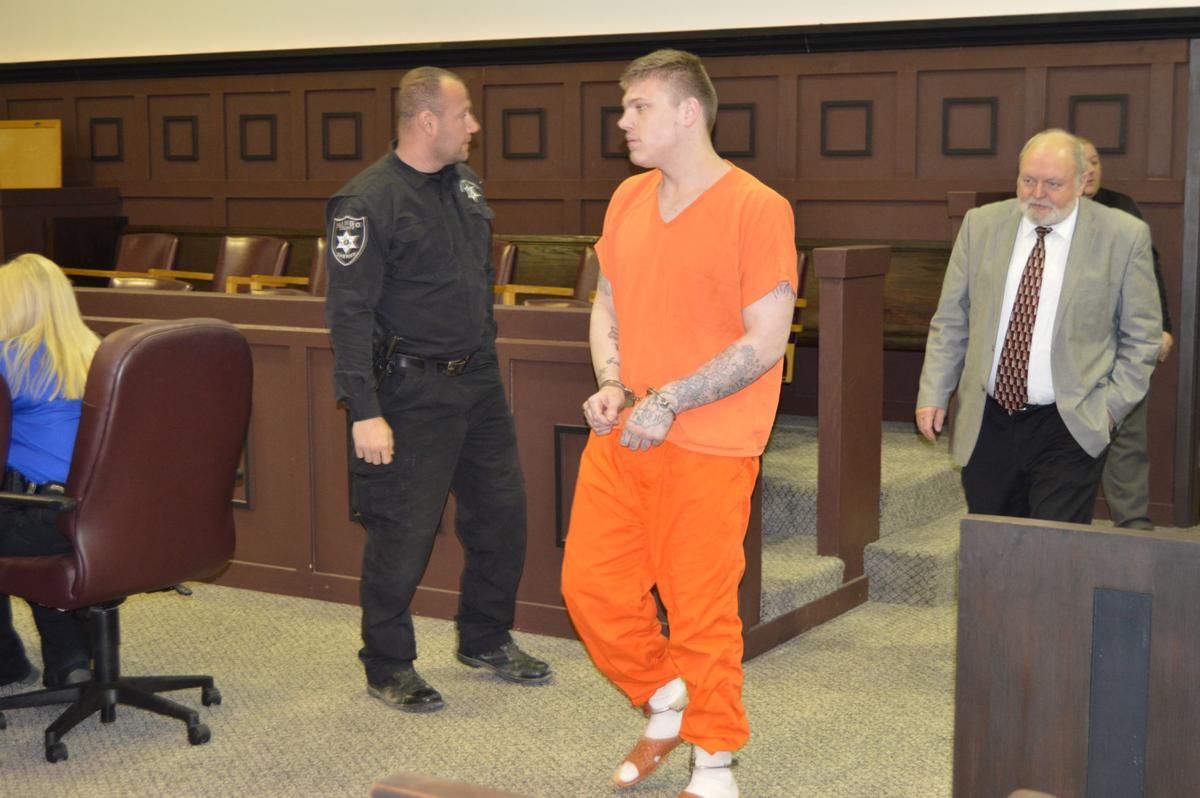 Brandon Lee Fitzpatrick, 20, of Louisa, Ky., walks into Mingo County Court for a sentencing hearing in 2018. 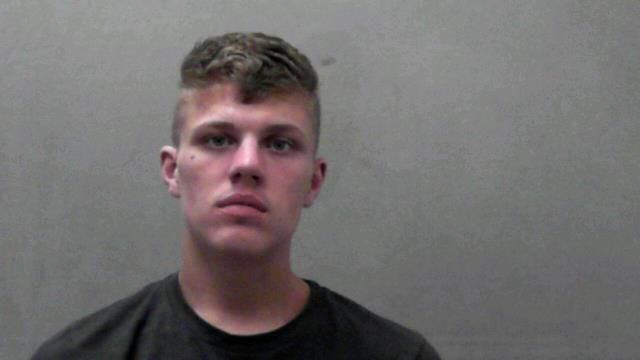 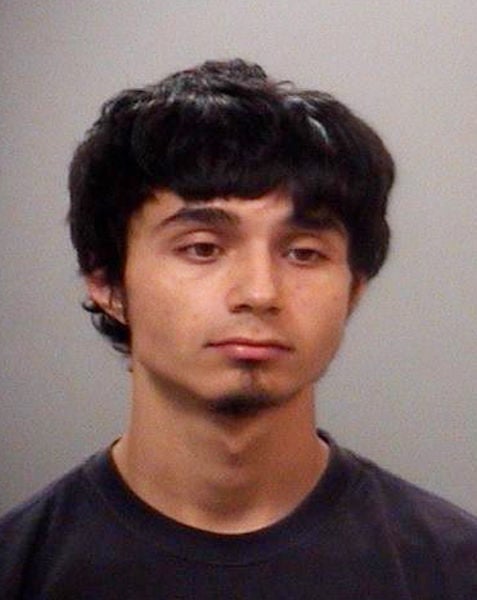 Anthony Arriaga, center, is escorted out of the courtroom after Magistrate Barry Marcum ruled there was enough evidence for Arriaga’s case to continue in the alleged murder of Ben Hatfield at Mingo County Magistrate Court in Williamson, W.Va. in 2016.

Brandon Lee Fitzpatrick, 20, of Louisa, Ky., walks into Mingo County Court for a sentencing hearing in 2018.

HUNTINGTON — The West Virginia Supreme Court of Appeals has upheld the life sentences of two men for the 2016 slaying of a coal executive in Mingo County.

Brandon Lee Fitzpatrick and Anthony Raheem Arriaga are currently serving prison sentences of life with the possibility of parole after 15 years in the May 23, 2016, shooting death of Bennett “Ben” Hatfield.

The men conspired to steal Hatfield’s vehicle while he cleaned his wife’s grave at the Mountain View Memory Gardens in Maher, West Virginia. Arriaga fired a handgun at Hatfield’s back while he was running away, Fitzpatrick previously testified. However, Arriaga said it was Fitzpatrick who fired the gun.

Arriaga’s attorney had argued that the evidence presented at trial was insufficient for a verdict, the court gave inadequate and confusing instructions when describing the meaning of “attempt,” the prosecutor engaged in misconduct and the judge erred in denying Arriaga’s request to suppress his statement given to police. The prosecutor’s misconduct was with three cellphones taken from the defendants that have gone unaccounted for, the attorney said.

Fitzpatrick’s attorney had argued that there had been 12 errors at trial that should set aside his convictions, including questioning the exclusion of expert witnesses, evidence being handled improperly by the prosecutor, an error in the court not allowing the same psychiatrist to evaluate both defendants and denial of a change of venue, among other things.

After reviewing the written arguments by their attorneys, each of the justices agreed the errors claimed by the attorneys were not enough to overturn the convictions.

During two separate trials held for the men in 2017 and 2018, two stories about Hatfield’s last moments of life were presented.

The men said they had been awake for eight days and high on synthetic meth before driving from Ohio to West Virginia. At one point, Fitzpatrick was driving Arriaga’s car and began following a Mustang along U.S. 52 in Mingo County, but when the Mustang got away, they pulled into the cemetery where they spotted Hatfield. At that point, the men decided to steal Hatfield’s Yukon Denali SUV and resell its parts.

Fitzpatrick pleaded guilty to first-degree murder in exchange for receiving his sentence. The plea agreement was made minutes after a jury found him guilty of first-degree murder and conspiracy to commit robbery following a four-day trial. However, before the trial entered the penalty phase, he said he would take the deal and tell the court what happened.

Arriaga was also found guilty of first-degree murder, conspiracy and robbery during a trial in October 2017.