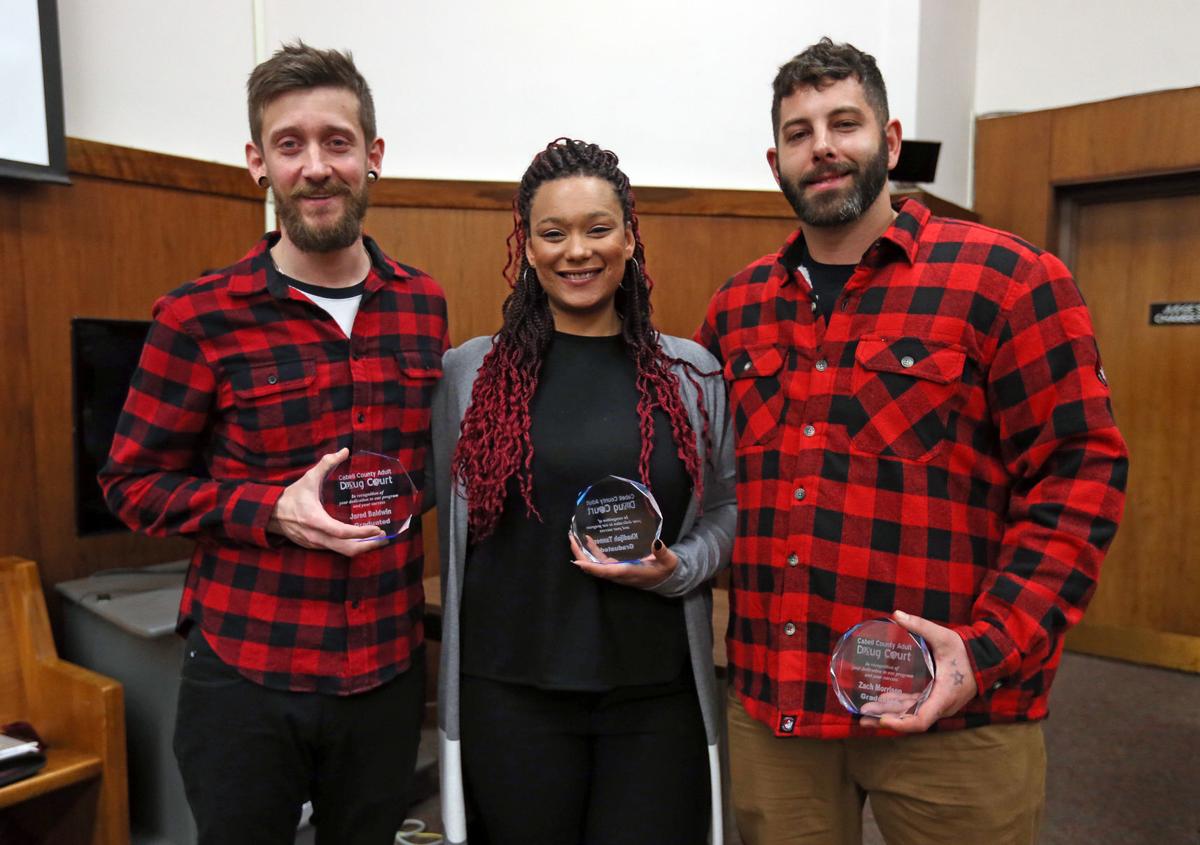 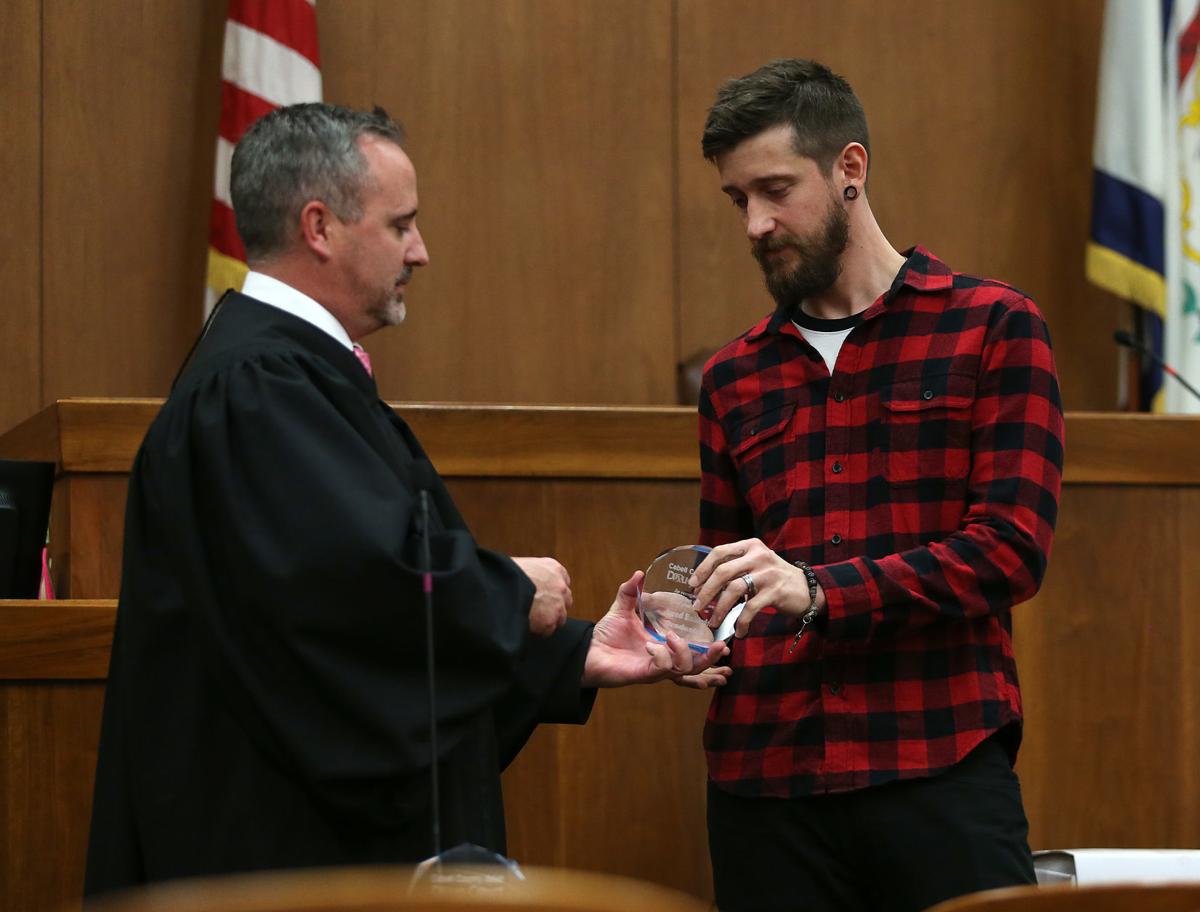 HUNTINGTON — When Jared Baldwin entered Cabell County Drug Court, he said he felt entitled to its resources and programs.

“I was very self-centered and I felt like I was entitled,” he said. “The truth of the matter is I am not.”

Baldwin, 35, of Barboursville, is the father of four children ranging in ages from 1 to 7 years old.

“My family has helped me to learn that way of thinking was not going to work for me anymore,” he said. “Then I realized that these people in drug court didn’t have to help me. They did it because they care about me, my family and the community.”

Baldwin said he was asked what advice he would give to those in drug court today.

“The only piece of advice that I think will make things better is the sooner you realize drug court is a privilege and not a punishment, you will start to do better,” he said. “Success in drug court comes to those that trust the process and follow through with it.”

“I just want to thank the drug court team,” Morrison said. “The program has taught me ways to better my life and have a better relationship with my family that I didn’t have before. It’s been a blessing and it’s changed my life.”

Also graduating on Monday was 24-year-old Khadijah Tanner, of Huntington.

“I want to thank the drug court team for putting up with me when I couldn’t even put up with myself,” she said. “I don’t really have family here. Most of my family is in Atlanta, but I found a family in you guys. If I hadn’t had the opportunity to come to drug court, I probably wouldn’t even be alive right now ...”

Cabell County Circuit Court Judge Greg Howard, who oversees the drug court, says it is an intensive addiction treatment program used as an alternative to jail time for those who qualify and are willing to participate. He said the county has one of the largest drug courts in the state with an average of 60 participants at any one time and about half graduate.

“We just had 35 drug court cases come before us today, prior to this ceremony,” he said. “But today is a special time for us to celebrate the hard work these graduates have put in over the past year-plus,” he said. “We actually have people here today that just started in the program and we think it’s important they see the accomplishments these graduates have made to get where they are today.”

Howard said there are about four to five graduations a year in Cabell County.

“We have one of the highest success rates in the state and are above the national average in terms of success,” Howard added.

The Cabell County Adult Drug Court program requires at least a year of random drug screenings, group and individual therapy sessions, weekly court hearings, regular employment and overall lifestyle changes. For those who can handle it, the program gives an opportunity for a second chance in life, Howard added.

Justice Tim Armstead thanked the graduates’ friends and family for the support of their loved ones while they made their way through the program.

“It’s so exciting, but also so emotional to hear these graduates’ stories from where they began to graduating today,” Armstead said. “We should also thank everyone that put the time and effort to help these graduates succeed.”

Justice Evan Jenkins told the three new drug court graduates that they are an inspiration to other participants in the program.

“You really do make us proud,” Jenkins said. “Your success is a powerful message of the effectiveness of this program.”