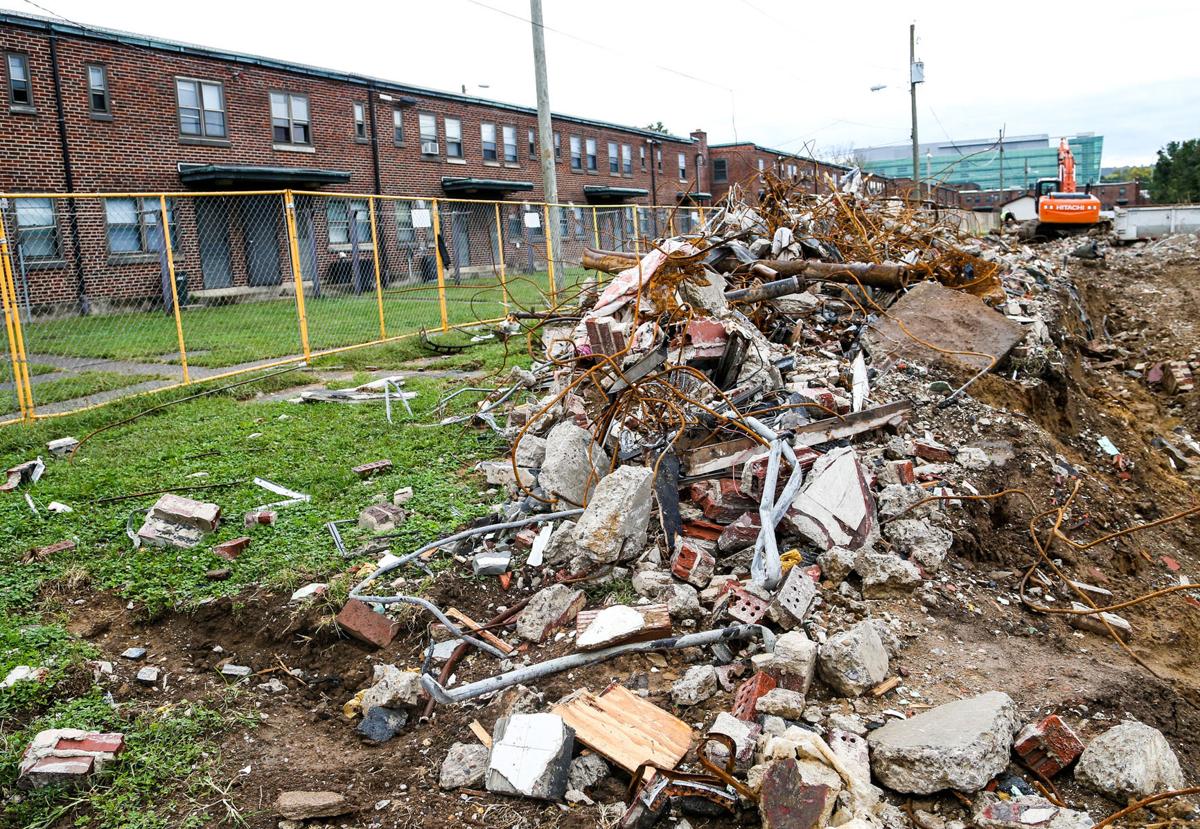 A community tour of dilapidated buildings and buildings that have been turned into productive reuse passes by demolition at Northcott Court as part of the West Virginia BAD Buildings Summit on Tuesday, Oct. 7, 2014, in Huntington. 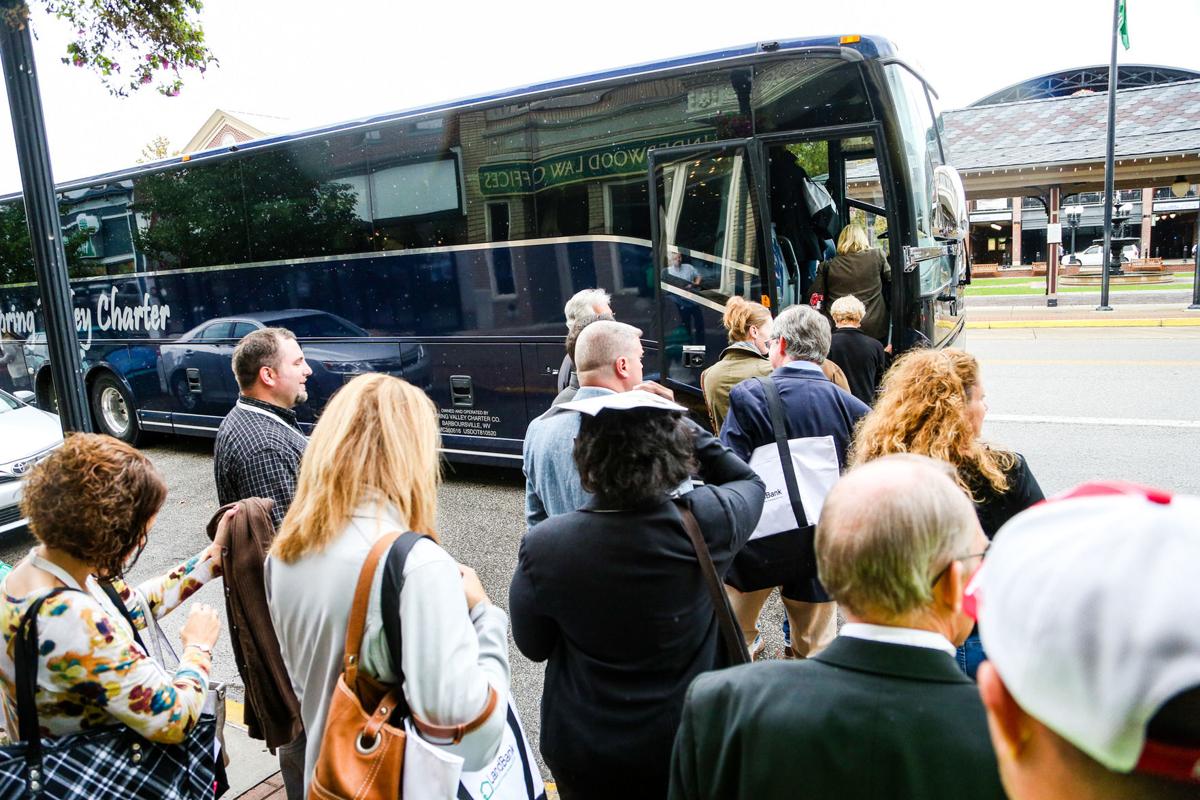 Communities from around the state prepare to tour dilapidated buildings and buildings that have been turned into productive reuse as part of the West Virginia BAD Buildings Summit on Tuesday, Oct. 7, 2014, in Huntington.

A community tour of dilapidated buildings and buildings that have been turned into productive reuse passes by demolition at Northcott Court as part of the West Virginia BAD Buildings Summit on Tuesday, Oct. 7, 2014, in Huntington.

Communities from around the state prepare to tour dilapidated buildings and buildings that have been turned into productive reuse as part of the West Virginia BAD Buildings Summit on Tuesday, Oct. 7, 2014, in Huntington.

HUNTINGTON -- There are all kinds of locations across Huntington that illustrate the recent success the city has experienced in dealing with dilapidated property, and plenty of locations that point to work that still needs to be done.

But the last stop on a bus tour to kick off the BAD (blighted, abandoned and dilapidated) Buildings Summit on Tuesday afternoon illustrated just about everything in one location.

In the 1600 block of 9th Avenue are five houses in a row. One badly dilapidated property is slated for demolition. Another is on the city's unsafe buildings list but was denied a demolition permit by the state Historical Society. Two more are in the process of being refurbished, and the final one is a new house built by the Huntington Area Habitat for Humanity.

"This kind of shows you all of the different tools at work in one spot," said Christal Perry, administrator of the city's land bank, which has been instrumental in transforming blighted property in the city over the past three years.

The summit is a gathering of representatives from 12 cities across West Virginia, including Huntington, to discuss various ways of dealing with blighted properties and the problems that come with them, ranging from diminishing real estate value to spikes in crime.

Tuesday's tour highlighted the new, one-bedroom houses that Habitat is building for homeless veterans, the new Marshall University Visual Arts Center and the Northcott Court housing complex, where demolition is underway. Other stops included the Douglass and Barnett centers, the SCRATCH Garden on 11th Avenue and a look at Habitat housing on Artisan Avenue, along with a stop on Artisan at the former site of the Sunoco gas station that was a hotbed for local crime before it was shut down.

The sites stirred some lively conversation among visitors.

"Everything looks similar to us and what we're used to seeing, just on a larger magnitude because Huntington is a bigger city," said Tess Dixon, mayor of Terra Alta, West Virginia, located in the northeast corner of the state. "We are local level. We're coming here hoping to find ways to connect on more of a state level, federal level. We're looking for things we can implement beyond the local level."

For Perry, the tour was an affirmation of what Huntington has done right so far.

"I attended my first land bank conference about four years ago, and that spurred the want for this, and I knew that Huntington could do this," she said. "We've turned 103 properties back to active use through the land bank, so I think that's a great success."

Huntington was the first city in West Virginia to start an active land bank program.

The opening night continued with an evening reception with remarks from Marshall University President Stephen Kopp, Huntington Mayor Steve Williams and Frank Alexander, co-founder and senior adviser for the Center for Community Progress, which is one of the main sponsors of the event.

The summit continues with work sessions Wednesday at the Visual Arts Center, including presentations looking at the problem on a national and local level, along with sessions on how to address the problems and potential legislative reforms.

Thursday will focus on how to start a plan to fight the problem of dilapidated property.