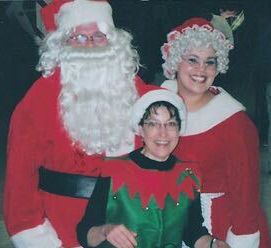 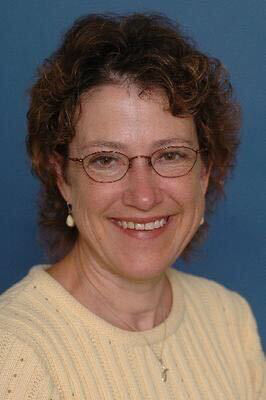 HUNTINGTON — A woman who fought for the rights of thousands of first-generation college students throughout southern West Virginia and nationally while spearheading the Upward Bound program at Marshall University died last month.

Upward Bound is a federally funded program established to help high school students overcome barriers — academic, cultural or otherwise — to higher education. Locally, the students participate in weekly tutoring and monthly activities at the high school level, on Marshall’s campus and during a summer program in which they live on campus.

“Jackie really touched a lot of people’s lives, and it had ripple effects,” he said. “There are people all over the country now that are doctors, lawyers and educators because of her passion.”

In a joint statement released to The Herald-Dispatch, several of her friends said, “Huntington can be extremely proud of this daughter of Marshall. She enhanced her students’ lives, prepared them for their future, and enriched the lives of all of us who knew her.”

They added that she always considered Huntington her home.

Robertson entered the program as a high school student in 1998 and has stayed with it in some degree since. Its impact on him created a line of family members behind him who also joined.

“I tell my students this now, that I went from standing in line for commodity cheese to having two degrees, and a lot of that was because of Jackie,” he said. “Because of Jackie and her passion for first-generation college students, she impacted my entire family.”

Before Hersman’s mentorship, Robertson wanted to be a social studies teacher in secondary school. He never saw himself being an assistant dean of students.

“I found that passion through her passion for students like me,” he said.

A first-generation college graduate herself, Hersman received degrees in psychology and counseling from Marshall. After graduation she started as a counselor with the Student Support Services Program before becoming director of Upward Bound in 1984, where she spent her time advocating for southern West Virginia students for 26 years before her retirement. From 1996-97, she was also president of the Eastern Association of Educational Opportunity Program Personnel.

After her retirement in 2010, she moved to California to be with her family. Robertson estimated she had affected hundreds of thousands of students directly and indirectly through her advocacy.

Leah Payne, director of communications for the university, said Marshall is indebted to Hersman’s work over her time with the program.

“She was a hands-on educator and encourager who helped thousands of first-generation students navigate the complex world of higher education and go on to successful, productive careers,” she said. “Our sympathy is with her family.”

Prior to her death, she had been diagnosed with a progressive neurologic disorder and was unable to live independently.

Hersman’s sister and brother-in-law, Carolyn and Rudy Rich, as well as her niece Kylie and nephew Eric gave her comfort in her final days, her friends said. She maintained friendships in Huntington and was especially close to Kathy, Marty and Lynda.

Robertson said he recently reached out to Hersman when he heard she wasn’t doing well and she responded commending him for continuing their passion for helping students. It meant a lot to hear that, he said.

Her name will live on through the Jackie Hersman Legacy of Leadership scholarship supporting cultural enrichment activities for students and scholarships for seniors at Huntington, Lincoln County, Tolsia and Wayne high schools.

Donations can be sent to the Upward Bound program at 126 Prichard Hall, Marshall University, Huntington, WV 25755.