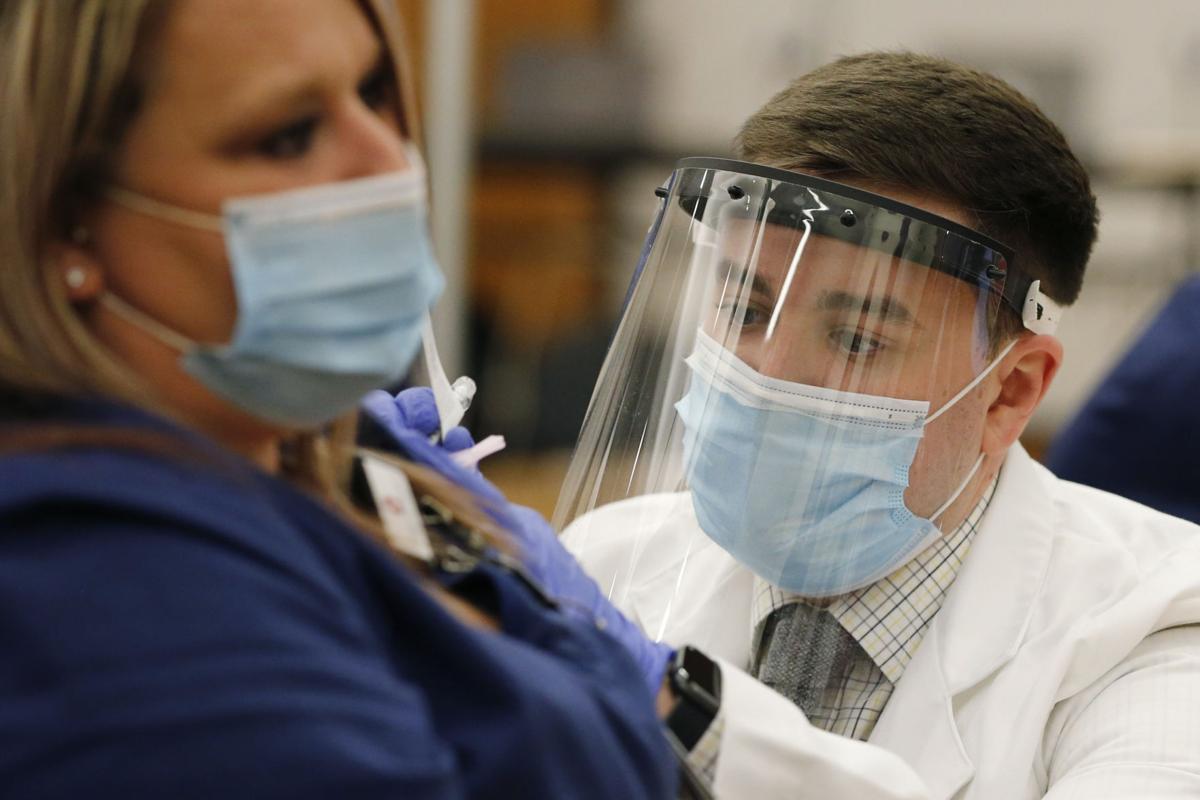 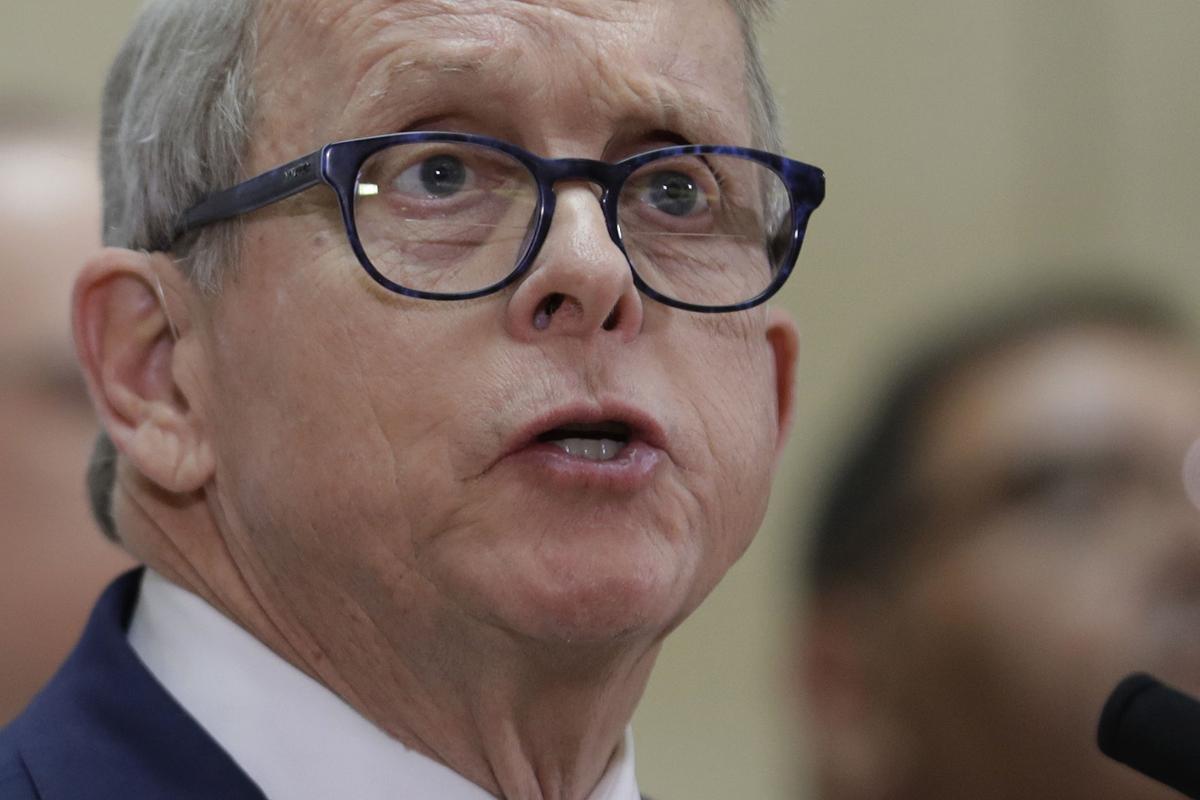 In this Feb. 27, 2020, file photo, Ohio Gov. Mike DeWine gives an update on COVID-19 at MetroHealth Medical Center in Cleveland.

In this Feb. 27, 2020, file photo, Ohio Gov. Mike DeWine gives an update on COVID-19 at MetroHealth Medical Center in Cleveland.

HUNTINGTON — While virus cases and hospitalizations in Ohio begin to rise again, Gov. Mike DeWine said Thursday he remains optimistic of the state goal to remove health orders by July 4.

“We’re going in the wrong direction and we’re going away from our goal,” DeWine said. “But we’re not seeing the runaway case growth that we saw during the fall. So we can still turn this around if more people continue to get vaccinated.”

He added, “This is a race. We are in a life-and-death race.”

Over the past two weeks, the rolling average number of daily new cases has increased by more than 20%, according to data collected by Johns Hopkins University Center for Systems Science and Engineering.

As of Thursday, data from the Department of Health and Human Services shows the state is averaging 1,483 current COVID-19 hospitalizations.

Health experts like Ohio chief medical officer Dr. Bruce Vanderhoff blame this spike on the number of emerging variants in the U.S.

These variants are not only proving to be more contagious but are also more deadly, Vanderhoff said during the virus briefing Thursday.

“But we can win the race as long as we don’t falter,” Vanderhoff said. “As long as we continue to press on with consistent masking and getting the vaccine.”

The vaccine distribution is where DeWine and Vanderhoff find the most hope and optimism for the state’s fight against the virus. As of Thursday, 1 in 3 Ohioans has received at least the first dose of the COVID-19 vaccine, with nearly 20% of the population fully vaccinated, state data shows.

In other virus news Thursday, DeWine recommended to the General Assembly that Ohio use a portion of the federal stimulus money to pay off the state’s unemployment compensation loan. The debt from the unemployment payments the state has been making since the pandemic began stands at $1.46 billion.

The Republican governor said House Speaker Bob Cupp and Senate President Matt Huffman agreed with him that this use for some of the federal money flowing into the state is the “fiscally responsible thing to do.”

The Ohio Chamber of Commerce applauded the governor’s recommendation, saying it could help prevent employers from a more than $100 million tax increase in 2022.

“By doing this it shows Ohio cares about the small-business community by preventing them from paying an unfair penalty on their unemployment insurance premiums that they had no control over,” Roger Geiger, executive director for National Federation of Independent Businesses, said in a statement.

Officials also announced Thursday that the 2021 Ohio State Fair will not be open to the general public this summer due to public health concerns.

Instead, the Ohio Expositions Commission, which runs the annual event, announced the fair will focus this year on agricultural and educational competitions for exhibitors and their families and friends.

“While we are hopeful that we will soon be on the other side of this pandemic, the reality is that cases of COVID-19 remain high and we just don’t know how things will look in July,” the announcement read.

The fair, which opens to limited capacity July 19, usually provides rides, concerts, numerous food vendors and other entertainment. The commission said it plans to return to that regular programming in 2022.

In Kentucky, Gov. Andy Beshear urged Kentuckians to sign up for thousands of open vaccination appointments next week, warning the state is in a race to head off the threat from COVID-19 variants.

At least 16,000 appointments are still open for COVID-19 shots next week in several Kentucky communities, the governor said Thursday. Those vaccination sites — spanning much of the state — are in Louisville, Lexington, Bowling Green, Pikeville and Christian County, he said.

“We are in an absolute race with variants to prevent any type of fourth surge,” Beshear said.

The state’s largest COVID-19 vaccination center is set to open Monday, April 12, at Cardinal Stadium in Louisville. That site has 11,000 available appointments next week, he said.

Anyone 16 or older is eligible to be vaccinated in Kentucky. More than 1.5 million Kentuckians have received at least their first dose of COVID-19 vaccine, Beshear said.

“We can defeat COVID,” he said at a news conference. “I think we can substantially do so in the next couple months, but only if we get people out to get vaccinated.”

Beshear urged Kentuckians to sign up for whichever COVID-19 vaccine is available and not wait for the single-dose Johnson & Johnson vaccine.

“The reason is we are not getting nearly the amount of it that we expected to by this point,” he said.

West Virginians may pre-register for a COVID-19 vaccine at vaccinate.wv.gov. More than 538,000 people in the state have received at least the first dose of the vaccine.