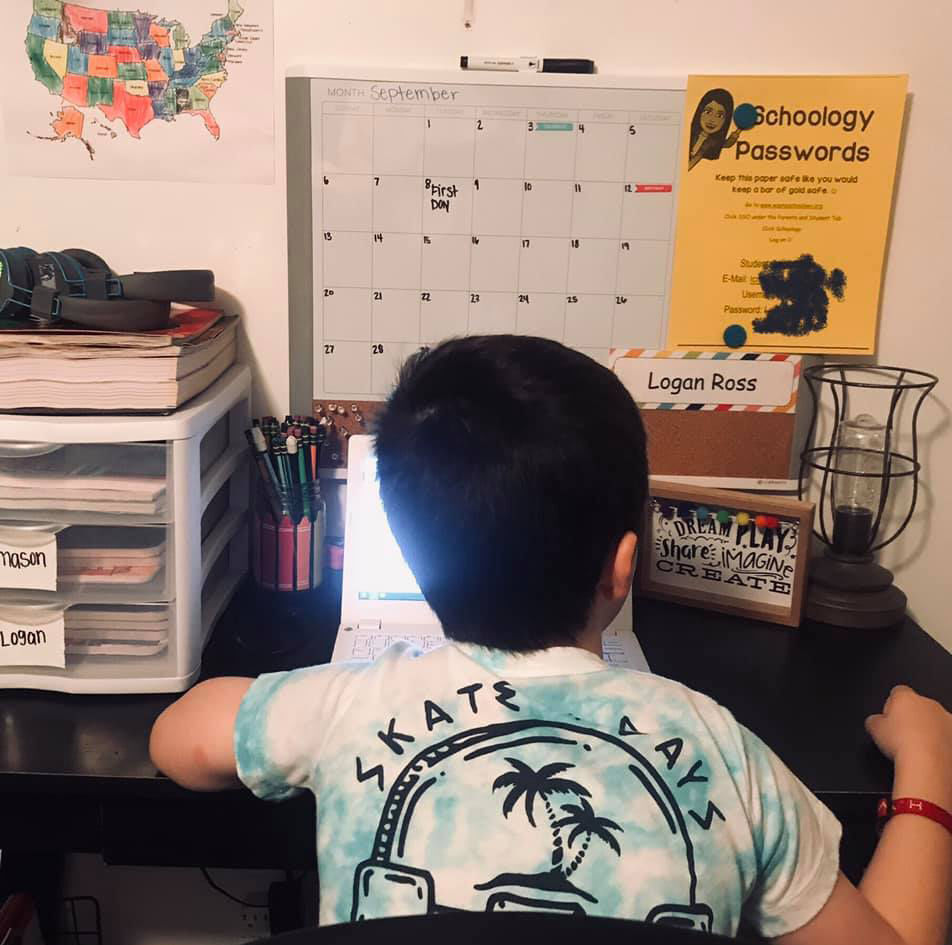 Logan Robinson virtually attends the first day of the 2020-21 school year. Robinson is a first-grader at Wayne Elementary School. 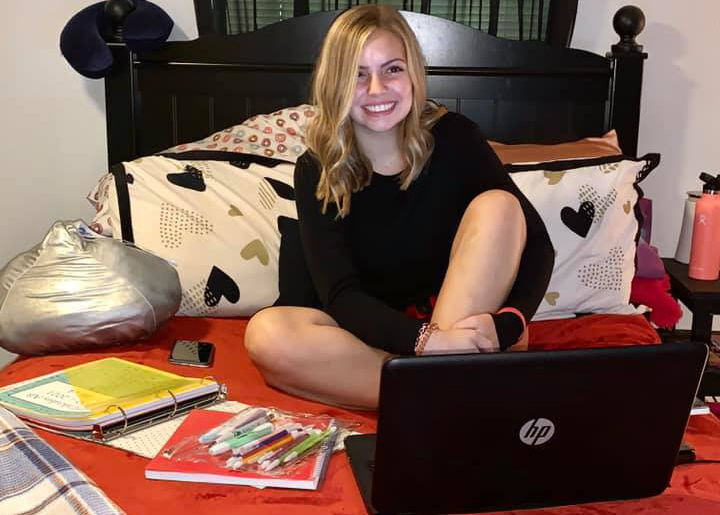 Abby Browning virtually attends her first day of the 2020-21 school year. Browning is a senior at Wayne High School. 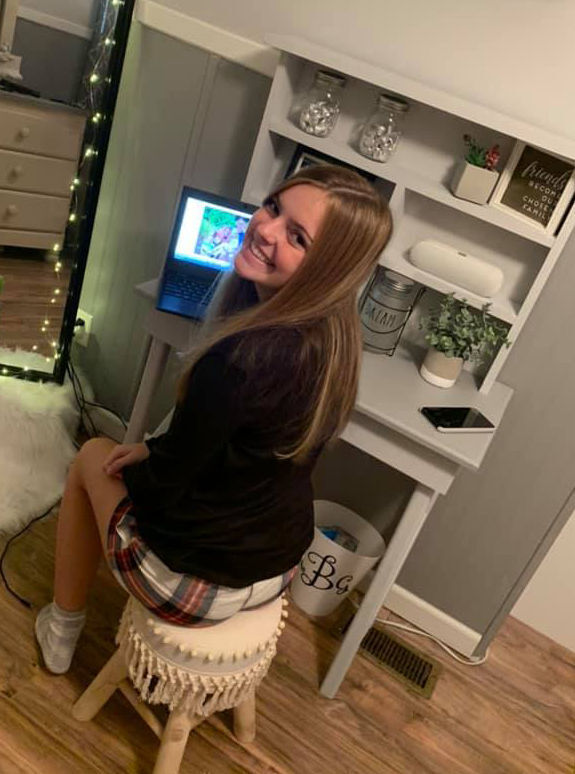 Maddie Browning virtually attends her first day of the 2020-21 school year. Browning is a sophomore at Wayne High School.

Logan Robinson virtually attends the first day of the 2020-21 school year. Robinson is a first-grader at Wayne Elementary School.

Abby Browning virtually attends her first day of the 2020-21 school year. Browning is a senior at Wayne High School.

Maddie Browning virtually attends her first day of the 2020-21 school year. Browning is a sophomore at Wayne High School.

WAYNE — Teachers, administrators and other school service personnel in Wayne County welcomed students back into their classrooms virtually Tuesday, signaling the official start of the 2020-21 academic year.

Over 2,000 students chose this model over the summer, electing to forgo a blended learning model when the school year began, but because of a rising number of coronavirus cases in the county last week, all students were required to begin the year with distance learning until numbers go down.

Wayne County moved from yellow to orange status according to the color-coded system the state is using to determine a school district’s ability to return to the classroom and participate in extracurricular activities. The change in status happened Sept. 2, but official word that the district would begin the year with virtual learning, not a blended model, didn’t come until Saturday night, forcing teachers to make a quick adjustment.

“Blended is the most difficult because you have all this uncertainty. With my virtual students, I know what’s coming every week. With my blended students, I will never know for sure until Saturday nights,” said Matt Perry, who teaches sixth- and seventh-grade history at Ceredo-Kenova Middle School. “They don’t teach you how to prepare for this.”

Perry said the return to school for him personally has been “very weird,” but moving forward he’s approaching every week as if they will have those blended students in the classroom, but will alter plans when necessary.

“I spent a good chunk of Monday figuring out what to do, which was supposed to be a day off. This is the hardest year I’ve ever had to prepare for, and I’ve been teaching for over a decade,” Perry said.

Superintendent Todd Alexander said he was disappointed to learn that the district had turned orange late last week after the work they had done to prepare for a blended learning model, but that school officials remain hopeful that they’ll have students in the building sooner rather than later.

“Hopefully the numbers will drop enough for us to open up next week, but the way the numbers are trending now makes you less than optimistic. Our hopes are that we can get back to school as soon as possible,” Alexander said. “Wayne County was doing so well throughout the summer and then ended up getting a spike in cases at the worst possible time.”

If a county isn’t green or yellow next Saturday, it must wait until the following Saturday, and so on until it gets to yellow or green.

Counties that manage to get down to those colors but re-enter orange later won’t be required to cease in-person instruction.