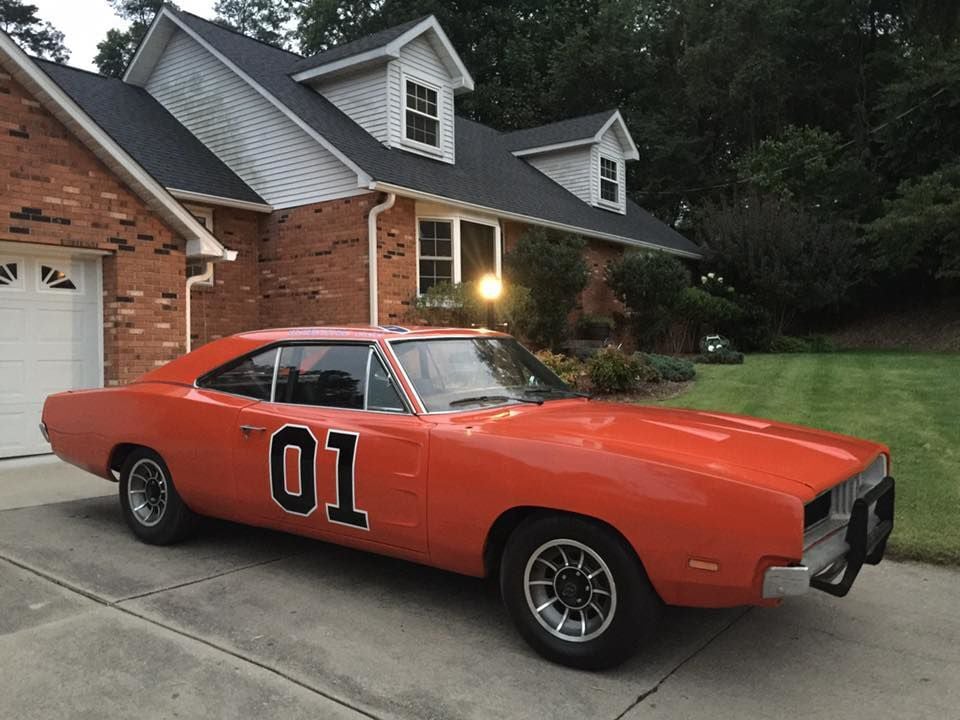 After purchasing a 1969 Dodge Charger in 2006, West Virginia Sen. Mark Maynard, R-Wayne, transformed it into a General Lee replica car, based off the television show “The Dukes of Hazzard.” He said he has no plans to sell the car or cover the controversial Confederate flag painted on top.

WAYNE — A West Virginia state senator who owns a car displaying a controversial symbol said he has no plans to alter, sell or stop driving the vehicle.

Mark Maynard, R-Wayne, purchased a 1969 Dodge Charger in 2006 and transformed it into the General Lee car from a popular television show, “The Dukes of Hazzard.” The car’s name is a reference to American Civil War general Robert E. Lee and bears a Confederate flag on its roof.

In an interview with The Herald-Dispatch, Maynard said he would not consider removing the controversial symbol from the car and would not have a problem driving it because of what the completely restored ’69 Charger means to him.

“My car isn’t a shrine to the confederacy, but a shrine to my childhood of a simpler time, when political correctness wasn’t as important and individuals could be individuals without fear of hurting someone’s feelings,” Maynard said in an emailed statement.

He explained in vivid detail the night the show first aired, when he was sitting in his grandmother’s basement at the age of 6, and said he can still visualize the iconic orange car on her television screen.

Maynard said some of his ancestors were abused and others killed by Confederate soldiers, but he believes the show is filled with teachings that today’s society could benefit from, specifically referencing an interaction between the Duke boys, Boss Hogg and Uncle Jesse.

“The Duke boys had manners, respected their elders, said prayers before they ate, said ‘yes ma’am,’ ‘yes sir,’ ‘no ma’am’ and ‘no sir.’ Uncle Jesse told them in one episode, ‘You boys are reacting to prejudice. The good Lord put us on this here Earth to overcome things like hating people for something they did to us in the past.’ Bo and Luke were not welcoming Boss Hogg in their home, and Uncle Jesse was setting them straight,” said Maynard. “This is the show that is considered bad for the airwaves, when smut-filled, sinful shows sadly are the latest rage today.”

“The Dukes of Hazzard” has come under fire for the flag periodically over the years. A 2005 “Dukes of Hazzard” movie starring Seann William Scott, Johnny Knoxville and Jessica Simpson kept the Confederate flag atop the vehicle. Then, in 2015, in the wake of a racially motivated mass shooting in Charleston, South Carolina, the channel TV Land dropped repeats of the series due to the flag and Warner Bros. removed the flag from “Dukes of Hazzard” toy cars.

“In the ’70s growing up, the flag meant you were a rebel, someone that says ‘no.’ To me and others through the South, it meant, ‘l’m a good ol’ boy or girl; l like to raise a little Cain, have fun and not be told what to do,’” Maynard said.

“Groups have used the symbol for their purpose and, some would say, hijacked what it really means. But l don’t fall for others’ interpretations. I own the car because of the great childhood memories l had watching the TV show, wanting to be Bo and Luke,” he added.

Maynard purchased the car after attending Dukes Fest in 2005, an event he said was “all things Duke.” Soon after, he and his sister decided it would be fun to own a replica, then located and purchased the car, needed parts, paint and decals to complete the build of the replica. His car was one of 111 replicas on display at a 2006 “Dukes” fan festival.

“That is why the car is special to me, why l plan to keep the car and not replace the flag,” Maynard said.

In 2015, The Washington Post reported that professional golfer Bubba Watson, who owns a General Lee car used in the first episode of the TV show, painted over the Confederate flag and replaced it with an American flag in the wake of the Charleston shooting, which killed nine black churchgoers.

The Volo Auto Museum in Crystal Lake, Illinois, has one of the cars on display. Director Brian Gram told local media that despite the Confederate battle flag adorning the roof of the racing orange muscle car, the vehicle will remain exactly as is for museum patrons.

How often do you visit your local library?