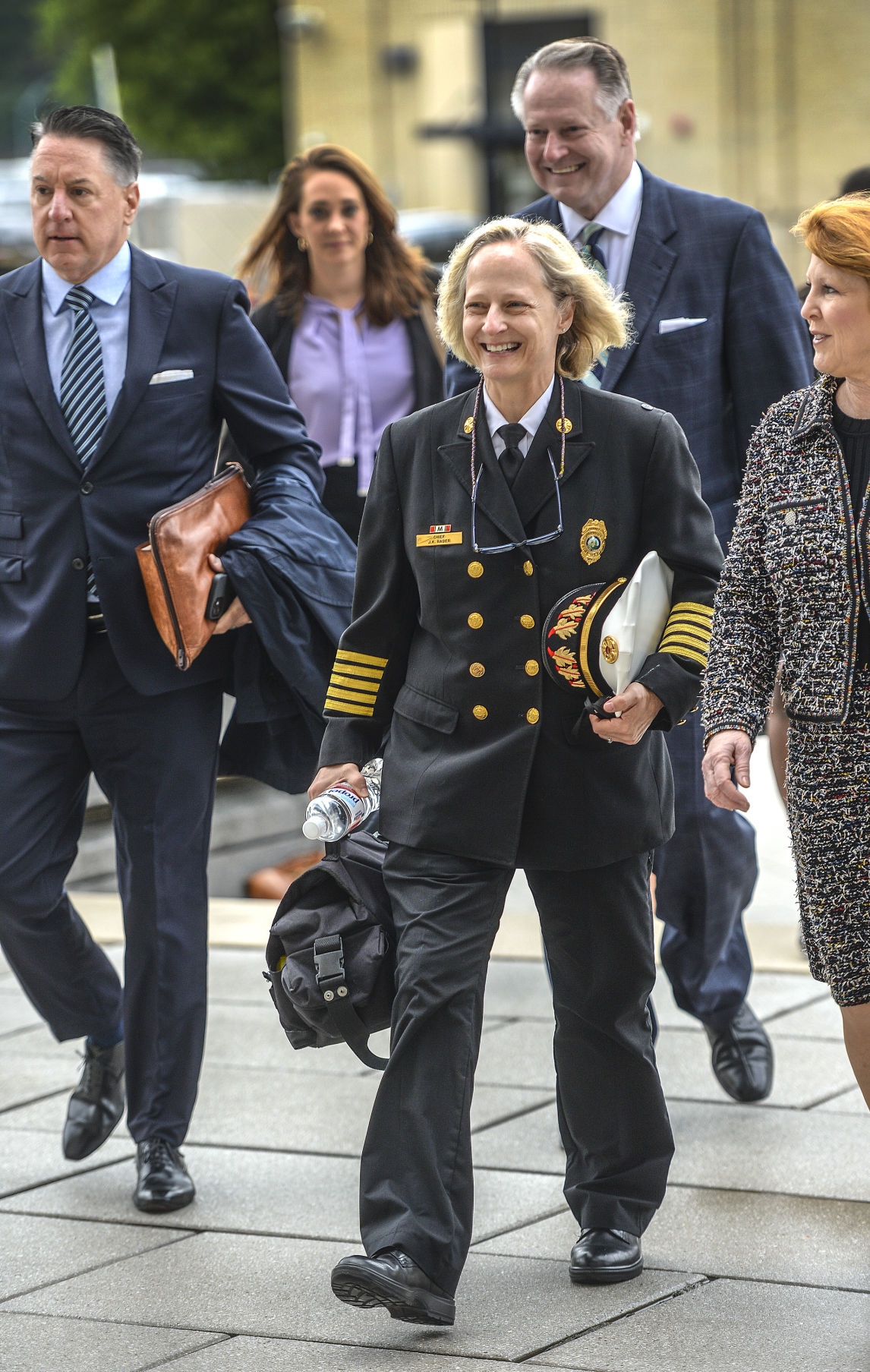 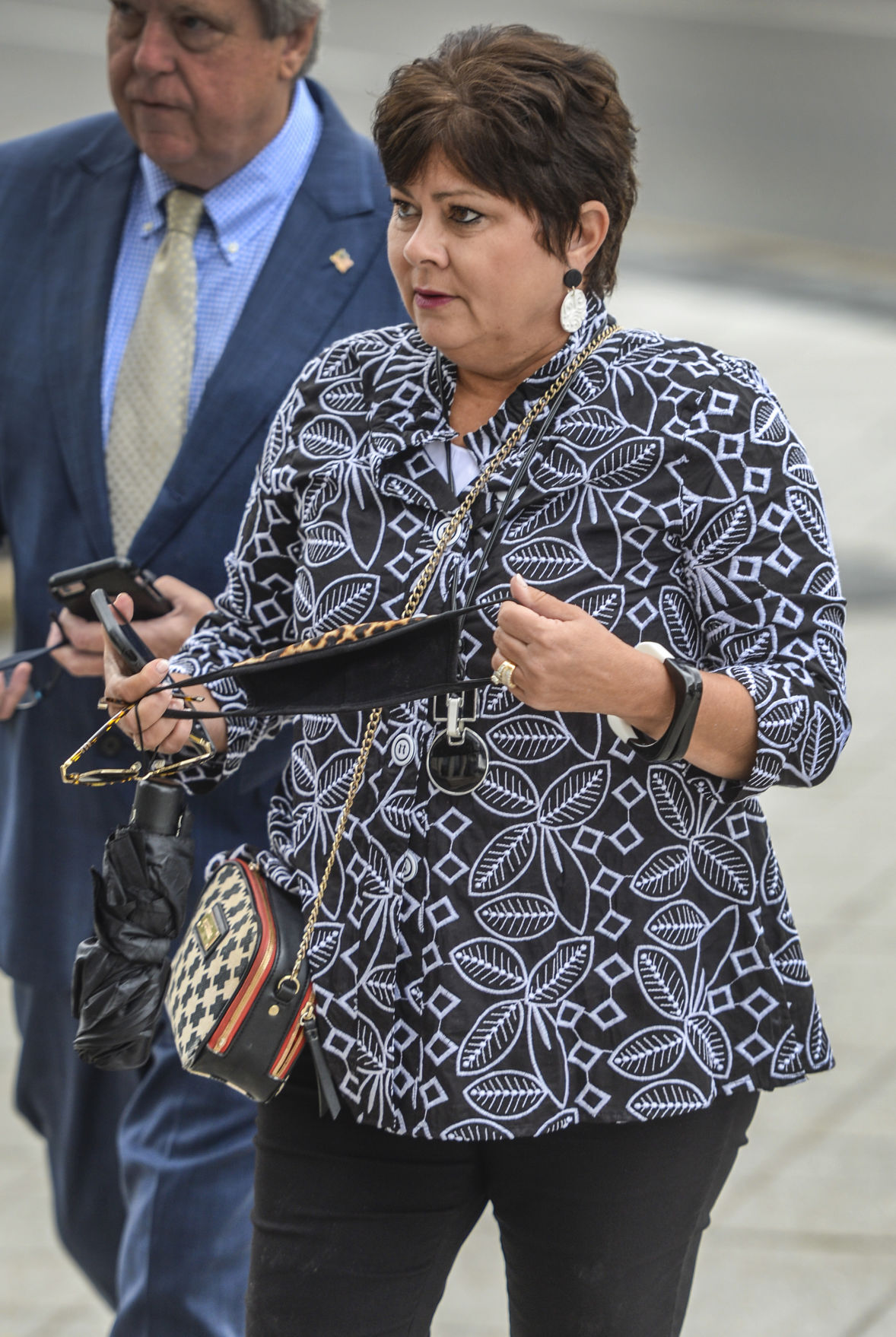 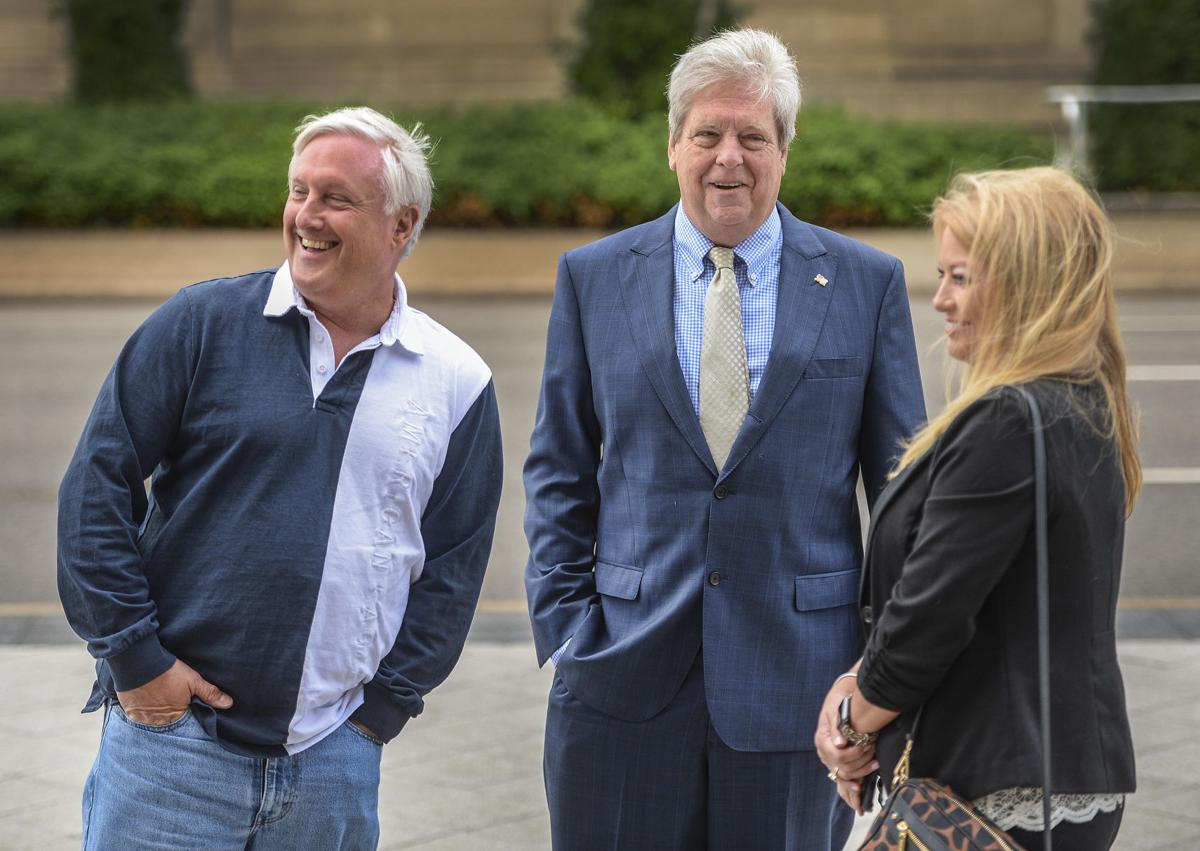 CHARLESTON — Huntington Fire Chief Jan Rader’s testimony was much anticipated in the first week of the trial against opioid manufacturers, but after describing carnage she saw in the community because of drug abuse, her testimony was left short when the three defendants had no questions.

Rader took the stand Friday at the Robert C. Byrd U.S. Courthouse in Charleston in the trial stemming from a lawsuit in which Huntington and Cabell County accuse drug distributors AmerisourceBergen Drug Co., Cardinal Health Inc. and McKesson Corp. of fueling the drug epidemic by ignoring a duty to report and stop suspicious pill orders by shipping 80 million opioid pills to the county over eight years starting in 2006.

Plaintiffs argued that when they reduced the number of pills shipped around 2012, it made users turn to illicit opiate drugs, like heroin. The defendants said they reported suspicious orders to the Drug Enforcement Administration, but never heard back and did not know when a pharmacy was under investigation.

“This day has been a long time coming,” she said. “This day is for all those suffering from substance use disorder who have lost their lives or have lost a loved one from this horrible disease.”

“We are trying to put an end to this. Huntington and Cabell County have suffered for years with this conversation, and hopefully there will be a day of reckoning,” Zerkle said.

“It’s unfortunate we have to be here. I believe people did not do their due diligence and their duty to our county, and our state has been (affected) for generations to come. Whatever the judge decides with the verdict, I believe it will never be enough to make people whole,” Sobonya said.

Rader, who rose to fame in 2017 with the release of Netflix’s Oscar-nominated “Heroin(e)” documentary, has nearly three decades of experience as a firefighter and nurse. Now chief firefighter, she is responsible for leading and budgeting the department, which has a goal to save lives and protect property. She is also a leader of Huntington’s Office of Drug Control Policy.

Before becoming a first responder, Rader worked in a jewelry store. When a woman there had a heart attack, she felt helpless when she didn’t know what to do. So she learned, eventually becoming a firefighter. Rader started working in the emergency room in the late 2000s.

Firefighters do it all and are trained in simple medical services, such as performing CPR. Often when people don’t know who to call, they call firefighters.

“We have a very unique tool set,” she said.

That is how the Huntington Fire Department became the go-to responders for overdose calls to quickly administer naloxone, an overdose-reversing drug, before EMS could arrive.

In 2010, HFD went on a total of 1,238 rescue calls. In 2017, the department went on 1,241 overdose calls alone. It was around 2012 when the number started to skyrocket, Rader said, and they saw pill bottles at scenes. They knew when patients were experiencing opioid overdoses, because naloxone worked.

“It became evident all first responders needed to (carry) naloxone because the need became so great,” she said.

Rader wrote a policy for naloxone administration, which called for every first responder to carry it.

Going to an overdose is difficult, she said. Responders have to wear extra protective gear, such as needle-resistant gloves, and be prepared to go into unkempt homes, with needles and other litter, fences and other obstacles, to save a life.

Seeing the scene and someone on the verge of death with their children sitting next to them is difficult for the firefighters, she said. They don’t have social service training to help a mother or child watching their loved one die, she said.

“Doing nothing wasn’t an option,” she added later.

Rader said Huntington officials researched, spoke to members of national organizations, spoke to health leaders, looked at harm reduction programs, and then came together to make a plan. There was a big push for harm reduction, which gives users clean needles but also resources to get help. It cuts down on needle sharing and helps prevent the spread of disease.

“They are going to get syringes whether we provide them or not,” Rader said. “(The goal) is to have those wraparound services … so they know they can trust (us).”

There is a way to refer people with substance use disorder to treatment through the Quick Response Team, which she praised. Huntington and Cabell County have also developed programs, such as drug court, which helps give users structure and praise for their accomplishments.

“People do recover, and they lead strong, healthy, normal lives again,” she said.

This situation is like a big onion, she said. First responders keep peeling back the layers and handling a problem, but new issues start coming up.

One of those layers was first responders, who faced the stigma of having to be masculine and not seek help for their problems. The firefighters developed compassion fatigue and post-traumatic stress disorder. They could revive an overdose patient a handful of times, watch them deteriorate over time, and eventually die.

A firefighter died by suicide in 2018. Rader said she does not know if it was because of what he saw on the job, but she learned it wasn’t just users in need — it was the first responders, too.

Huntington has learned and is helping to give its first responders resources through its Compass Wellness program and center, which opened last year. It gives them education and services they need to have better mental health.

But with that problem on the mend, what will the next onion layer surprise the governments with, Rader asked.

Before Rader took the stand, QRT leader Connie Priddy continued her testimony. Priddy said 90% to 95% of the Cabell EMS runs are opioid related. The QRT reaches 50% to 60% of overdose patients, and 30% get into treatment.

“In no way, shape or form do I think it solved the problem,” she said. “We will take any help we can.”

Priddy said grant funding is not sustainable and they need better ways to get a patient’s information so the team can find them.