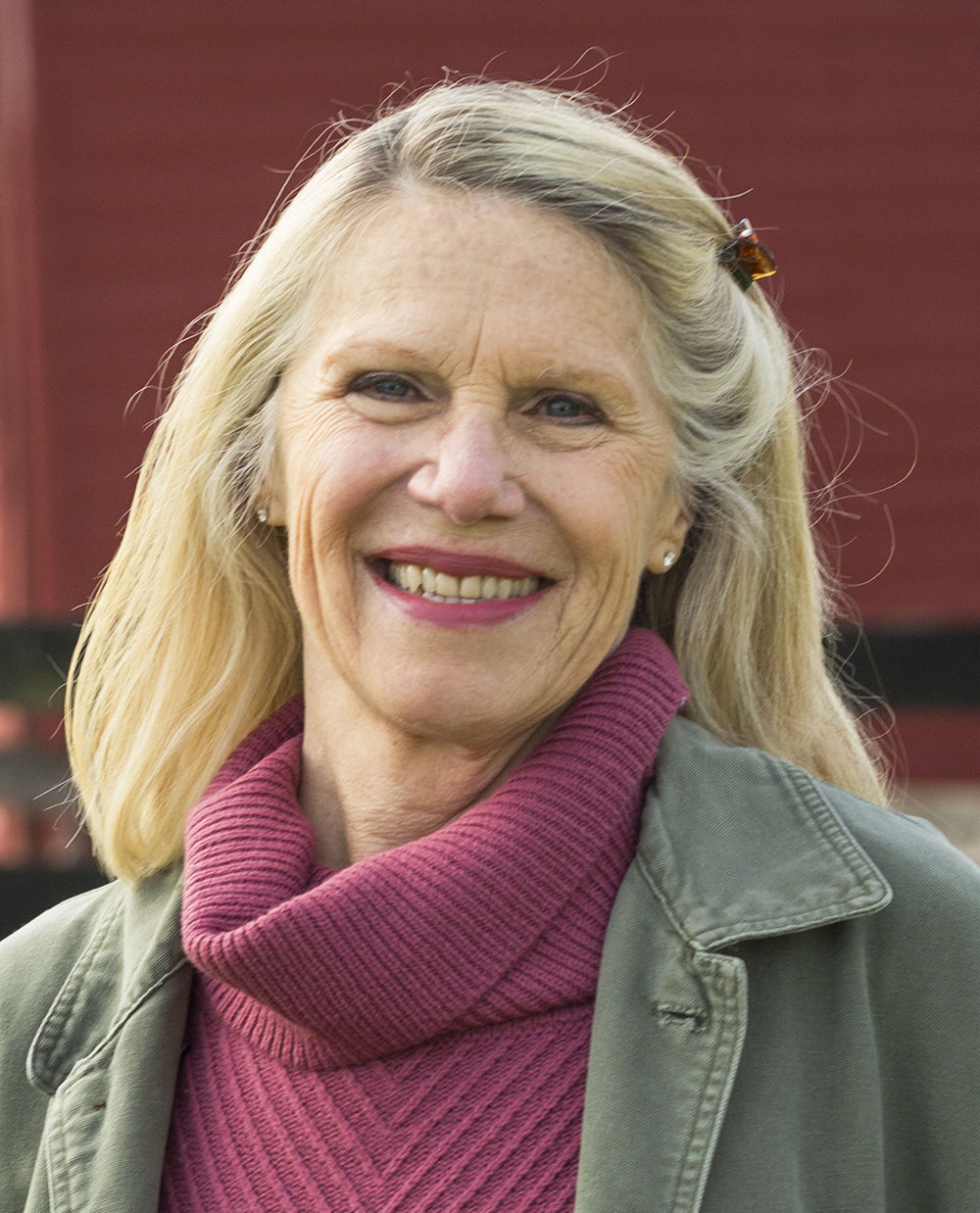 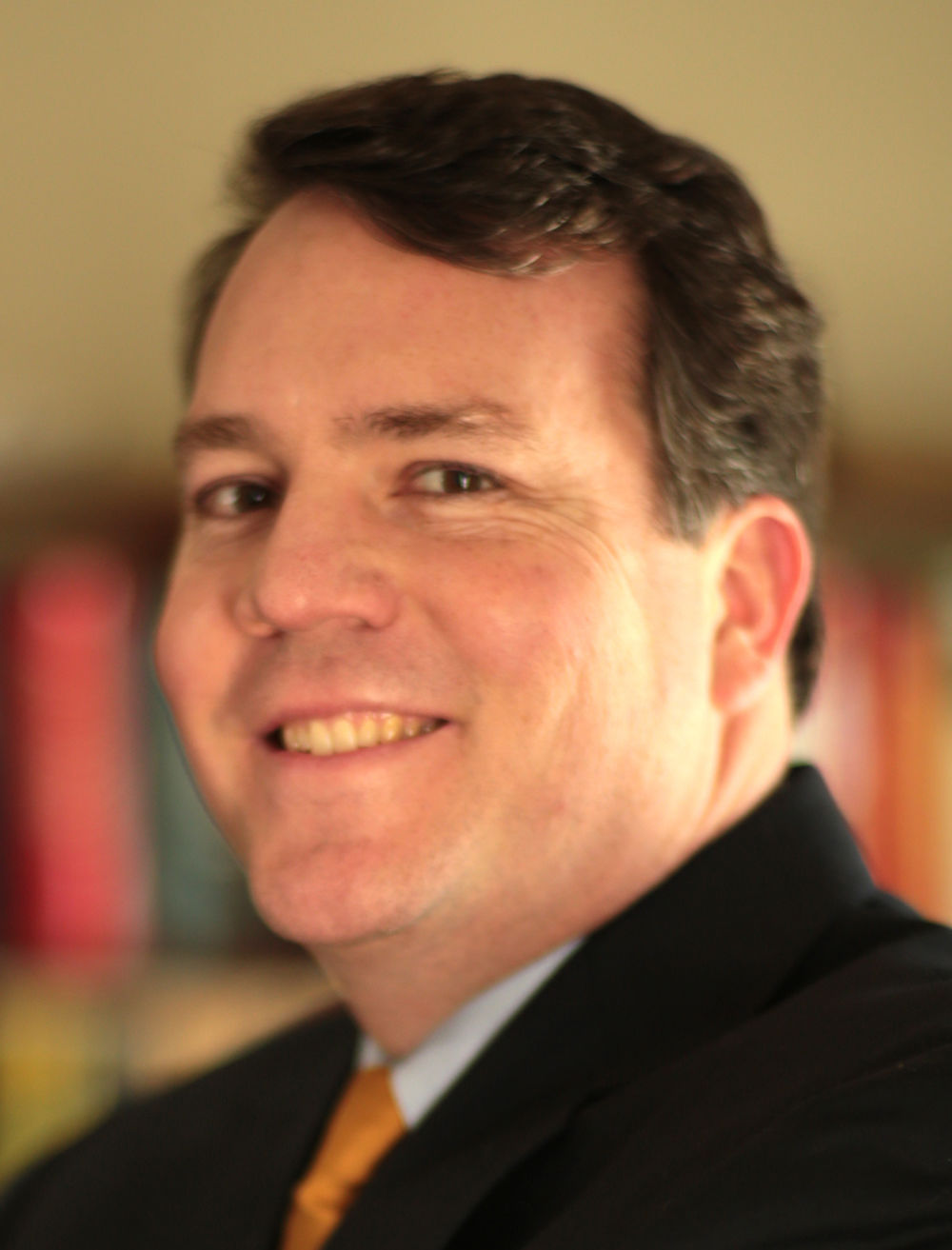 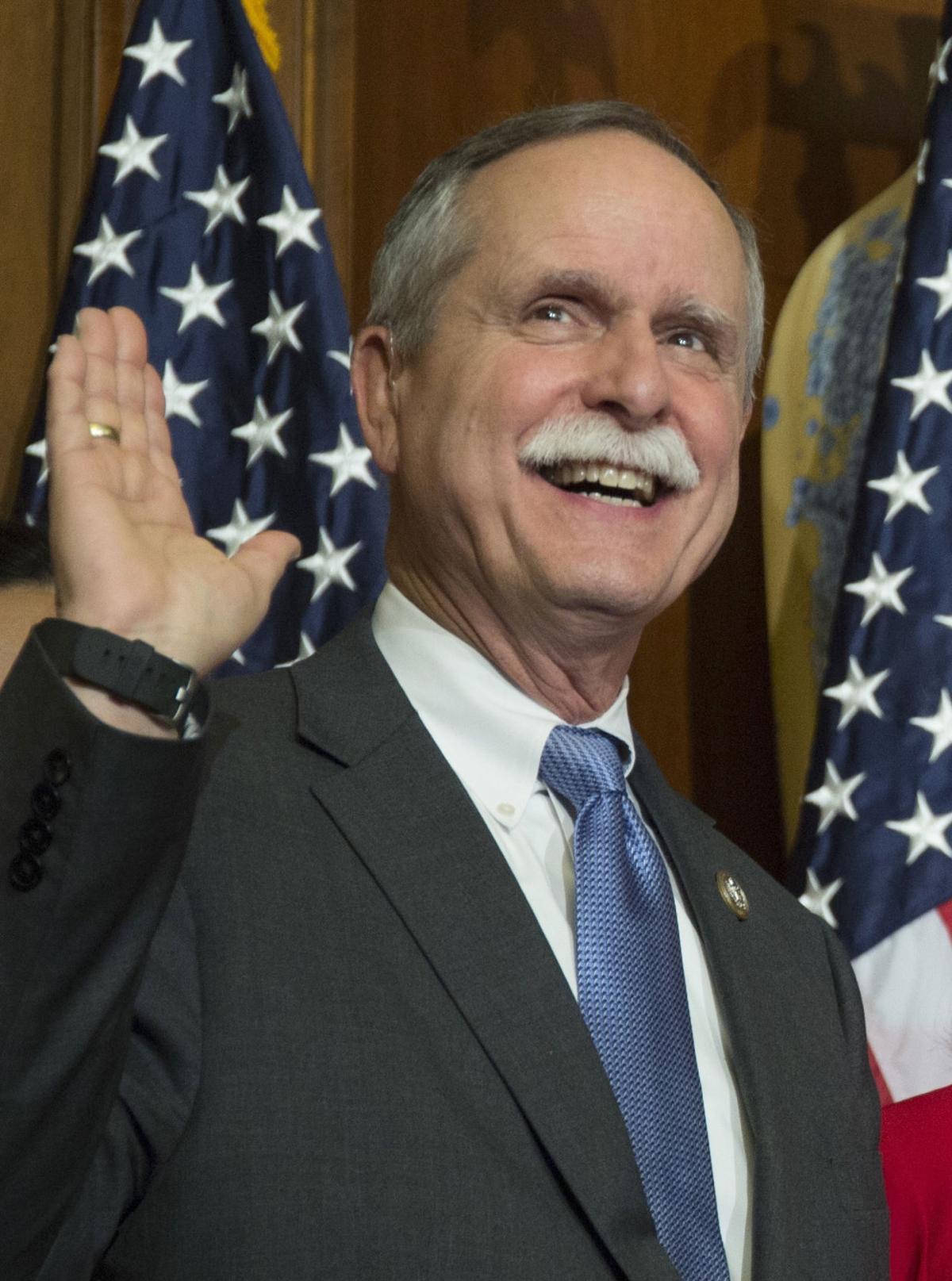 FILE - In this Jan. 3, 2017, file photo, Rep. David McKinley, R-W.Va., speaks during a mock swearing in ceremony on Capitol Hill in Washington. Plans for an underground liquefied natural gas storage hub pegged as a major job creator for the chemical industry in struggling Appalachia have cleared their first big hurdle. The proposal has drawn plenty of interest from lawmakers, including U.S. Sens. Joe Manchin and Shelley Moore Capito and Rep. David McKinley of West Virginia, who hope to attract the project to their home state. (AP Photo/Zach Gibson, File)

FILE - In this Jan. 3, 2017, file photo, Rep. David McKinley, R-W.Va., speaks during a mock swearing in ceremony on Capitol Hill in Washington. Plans for an underground liquefied natural gas storage hub pegged as a major job creator for the chemical industry in struggling Appalachia have cleared their first big hurdle. The proposal has drawn plenty of interest from lawmakers, including U.S. Sens. Joe Manchin and Shelley Moore Capito and Rep. David McKinley of West Virginia, who hope to attract the project to their home state. (AP Photo/Zach Gibson, File)

CHARLESTON - Despite the electoral success enjoyed by West Virginia's three members of the House of Representatives, they're now stuck in an undesirable position: the minority.

Incumbent GOP Reps. David McKinley and Alex Mooney have not served in Congress from within a minority party, while Carol Miller is new to the chamber at large after winning an open seat.

The next two years, at least, will be a test of each lawmaker's ability to either work across the aisle, obstruct Democratic efforts, or cede to a blue majority. As a recent Wall Street Journal editorial put it: "House Republicans are about to discover the pain of irrelevance."

"It was the difference between night and day," said Nick Rahall, a Democrat and the state's longest serving House member between 1977 and 2015, of transitioning from majority to minority party. "It was daylight when we were in the majority, we could see a path forward. We could plan what was likely to happen, because we were in control."

Mooney first won federal office in 2014, when Republicans' 33 seat advantage snowballed into 59 seats, the party's largest margin in the chamber since the elections of 1928, which left Republicans with a 106-seat lead.

Now, Mooney is likely (though not certain) to serve in a House run by Rep. Nancy Pelosi, D-Calif., as its speaker, who he and many Republicans cast as a boogeyman on the campaign trail. Mooney has one committee assignment, House Financial Services, which Rep. Maxine Waters, D-Calif., will likely lead.

At an August rally for President Donald Trump in Charleston, Mooney accused Waters of using committee time as part of an "attack and destroy" mission against the president.

While not speaking about Mooney specifically, Bob Wise, a Democrat and former governor who held Mooney's seat for 18 years as a minority and majority member, said conduct on the campaign trail and in committee can come back around when you need cooperation from the dominant party.

"Call it, if you will, congressional karma - What kind of karma have you generated ... when you were in the majority?" he said. "Because that's gonna come back around. Payback is heck sometimes."

McKinley won his seat in 2010, a big year for Republicans in which they wrested the chamber from Democratic control for the first time in four years.

Different metrics show McKinley has found more success working across the aisle than Mooney. According to an analysis from the Lugar Center, a public policy think tank that focuses in part on bipartisan governance, McKinley scored as the 16th most bipartisan member of Congress in 2017. Mooney scored as the 330th.

A McKinley spokesman did not respond to an interview request.

Miller is new to Congress. However, she has served in the West Virginia Legislature since 2007. Republicans claimed control of the House in 2015.

An analysis of Miller's legislative history shows that between her first session in 2007 and her last session in the minority in 2014, she was not the lead sponsor of any bills that became law. In 2013 and 2014, of the combined 40 bills she co-sponsored, none became law.

Speaking of Miller, Rahall wished her the best, though he said she could be in for a challenging two years.

"I'm not gonna sugarcoat it, she's got a very difficult road," he said.

In a statement provided through a spokesman, Mooney said he will work with Waters when it comes to helping rural areas secure access to capital. However, he said he will resist if she uses the committee to tee-up impeachment proceedings (which would go through the House Judiciary Committee).

"Despite being in the minority, I believe Congress can work together in a bipartisan way to address important issues like the opioid crisis and improving infrastructure," Mooney said. "While I am optimistic we can work in a bipartisan fashion to address these issues, I will continue to be a vocal supporter of President Donald Trump and defend him from partisan political attacks."

As both Wise and Rahall noted, a key difference between serving in the majority and minority is that the party in control - whether it's the Speaker on the floor or the chairman in a committee - sets the agenda.

Wise said minority lawmakers have to get used to operating with fewer aides and with more patience.

"You learn humility pretty quickly if you didn't have it before," he said. "And some of the things that you took for granted, are suddenly not there."

As more states continue to legalize marijuana, what is your opinion?