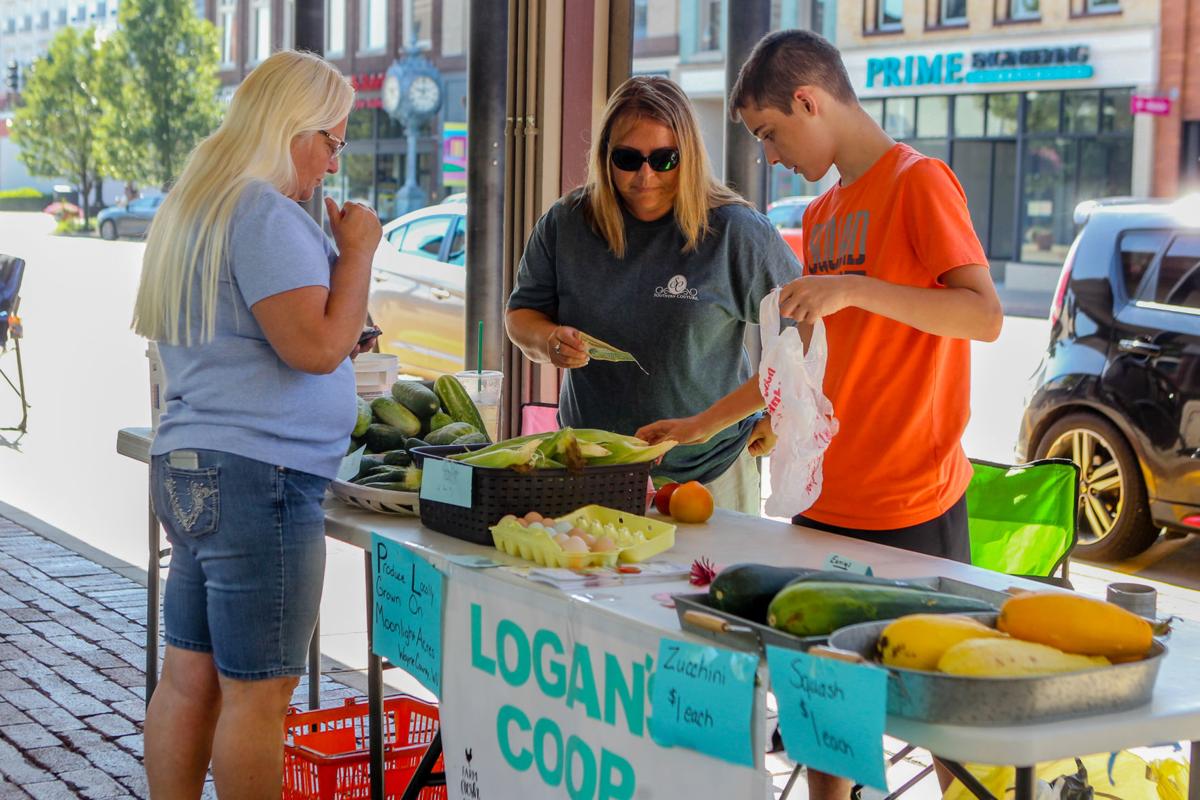 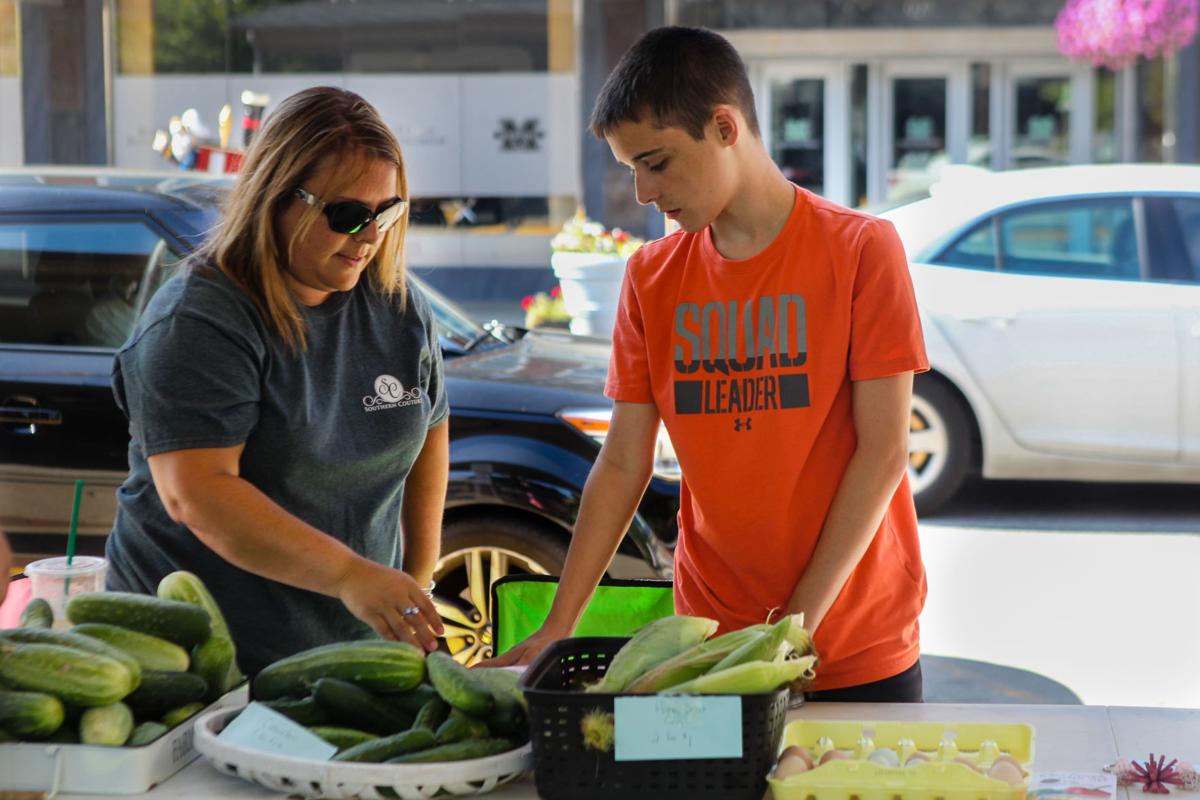 HUNTINGTON - Logan Nelson began selling chicken eggs collected from his family's farm to people calling on the phone or messaging through Facebook. Word of mouth spread, and that evolved into selling eggs on the side of the roadway.

Today, egg production has further increased into supplying a local bakery and holding a table at the Pullman Square Farmers Market in Huntington, called Logan's Coopacabana.

However, Nelson's success wouldn't be remarkable for just anyone. The Wayne County native has carved out a name for himself in the small-scale egg production business at only 13 years old.

Nelson sells up to 20 dozen eggs a week to people who have become regular customers. Those who visit his table at the market on Pullman Square are taken with his determination at such a young age.

The older folks who meet Nelson at the market are "tickled" to be buying their eggs from such a young entrepreneur, said Katrina Nelson, his mother. They were raised in an era when families relied on children to help around the farm and before new machines reduced the farmers' prominence.

Logan Nelson is not doing anything different than what the baby boomers did, though. He's using what his grandpa, Dolphy Dickerson, taught him about caring for chickens and respecting the land. Dickerson passed away in 2013 from heart complications, but Logan Nelson held on to what he learned.

"I got interested helping my Poppy when I was about 7," Logan Nelson said. "We raised chickens and would sell eggs around my church where we lived. I guess that's probably all part of it."

When his family moved to their farm in Wayne County, called Moonlight Acres, he picked up the practice again after rescuing a neglected chicken he found.

"It was living off natural resources just from things like worms and stuff like that," he said. "There was a Mountain Dew can that it was literally getting its water from."

He then got several more chickens before settling on approximately 30 hens and one rooster. Nelson's routine calls for feeding them, providing them water and giving them attention daily. Each chicken has its own personality, he said.

His venture at the Pullman Square Farmers Market has become an activity that the family enjoys together, Katrina Nelson said. His father, Scott Nelson, also joins them and helps Logan take care of the chickens when he gets off work at his day job.

"Every Saturday this gives us about four hours of time together, and we get to see how we responded in certain situations. As a parent, it's nice to see he can carry on a conversation with an adult," she said. "You get to see him give a little piece of himself to people he's never met, and I can see my Dad in him sometimes."

Logan Nelson said he believes his Poppy would be proud of what he has accomplished.

"He loved to do this," Logan Nelson said. "If he was still alive, he would still be doing it with us."

Logan's Coopacabana is at the Pullman Square Farmers Market in Huntington every Saturday. The market, which runs from 7 a.m. to 2 p.m., is operated by iHeartMedia.