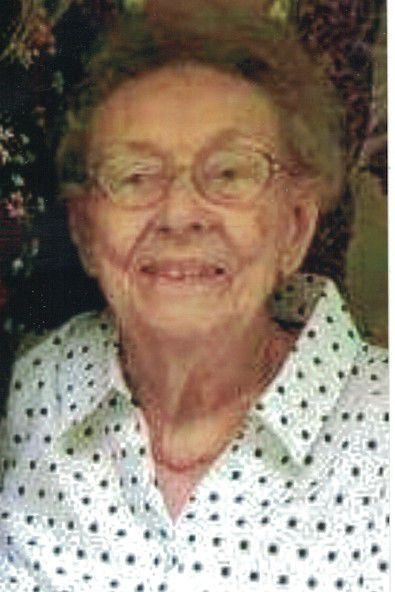 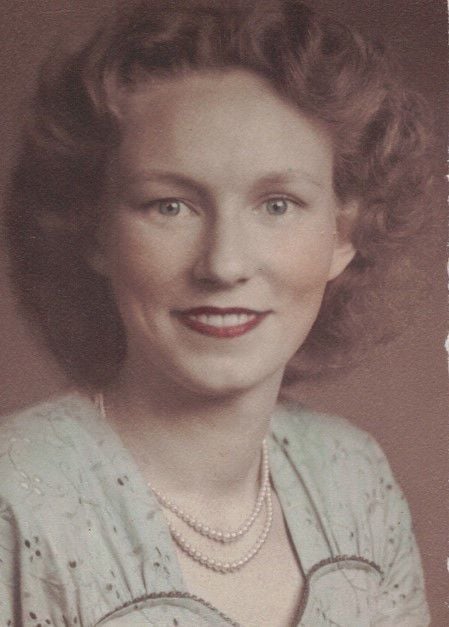 DOROTHY ANNE BARTRAM, widow of Jack Bartram, went to her Heavenly Home on Sunday, January 10, 2021, after a brief illness. She was born in Catlettsburg, Ky., on April 4, 1923, to the late Ray and Edythe Strother Bays. After their death in 1931, she lived with her late Uncle and Aunt, Miles and Ada Strother in Ashland, and their children, Kathleen, Thomas, Miles and James. She was a member of the Centenary Methodist Church in Ashland. She graduated from Ashland High School in 1941, moved to Huntington where she worked for the RH Hamell Company, and began her career as a stenographer with the C&O Railroad in September 1941, retiring as the Vice President Coal Train Coordinator in 1982. She also served as Office Manager for Bartram and Bartram Builders. She was a member of the Marcum Chapter of the Order of the Eastern Star. Dorothy was the proud holder of the Key to the City of Huntington presented to her by then-Mayor Dean Sturm. She and her husband were members of the Big Green and never missed the Herd play basketball form 1970 to 1987. She and Jack made Myrtle Beach their home away from home. “Dotty” was a gifted pianist and needle worker. You knew you were home when you ate her fried chicken, cornbread and potato salad! In addition to her husband, she was predeceased by her younger sister, Lillian Bays Wilson, and her son-in-law, Clifford Rutherford. Dorothy is survived by her devoted children, Ingrid Rutherford, William (Gale), Jack (Caroline); her granddaughter that she dotingly raised, Brittany Bartram; her grandson, Sean Bartram; and great-grandchildren, Ben, Mason and Scarlet Rose. She is also survived by her nieces, Barbara (Doug) Byran, their children, and Betty (Mike) Copley and their children, and cousins, Tom Strother and Joan (Diz) Goode. Also surviving is her loving stepdaughter, Laura (Mike) Wagner, who provided comfort and tender, loving care. The family is deeply thankful to Angela Brammell, PA, the nursing team at St. Mary’s Home Health, Hospice of Huntington — Melanie, Tracey, Darin and Bethany, and Fruth Pharmacy. Because of the COVID-19 Pandemic, there will be no public visitation or service. The service will be livestreamed at www.regerfh.com on Thursday, January 14, 2021, at 2 p.m. Service will be conducted by Dr. Eddie Gandy. Reger Funeral Home is assisting the family with arrangements. Online condolences may be made to the family at www.regerfh.com. Dorothy Anne, who is part of the greatest generation, was asked to what she owed her long and successful life. She said, “God. He gave me gumption.” In memory of Dorothy, donations may be made to Hospice of Huntington or the charity of your choice. Ephesians 6:10 — Finally be strong in the Lord and in His mighty powers.

We accept obituaries only from the funeral home in charge. For information on submitting an obituary, please contact The Herald-Dispatch by phone at 304-526-2793 or email at obits@herald-dispatch.com. Obituaries for The Herald-Dispatch must be received by 2 p.m. to appear in the next day’s publication. Obituaries for the Wayne County News, which publishes on Wednesday, must be received by noon Tuesday.