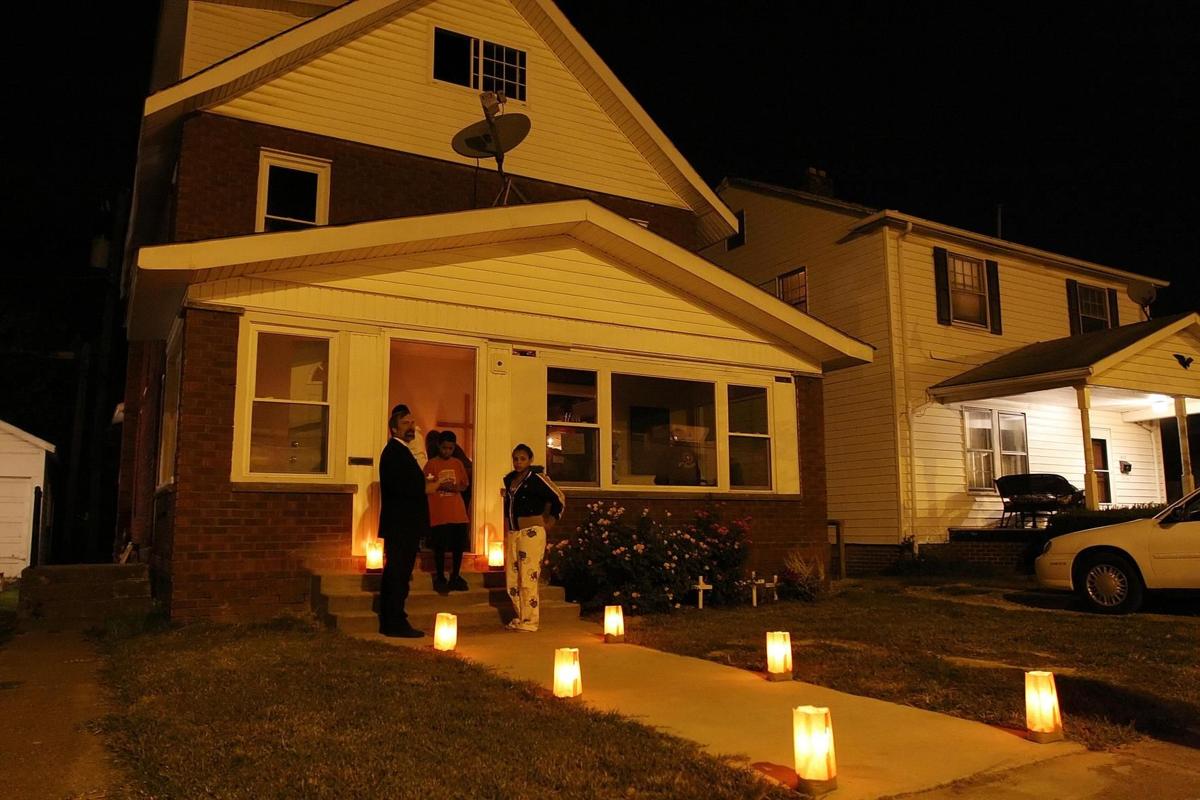 Members of the community gather at the Hope House for a candlelight vigil to honor the four teenagers who were murdered May 22, 2005 on Thursday, Sept. 25, 2008, in Huntington. 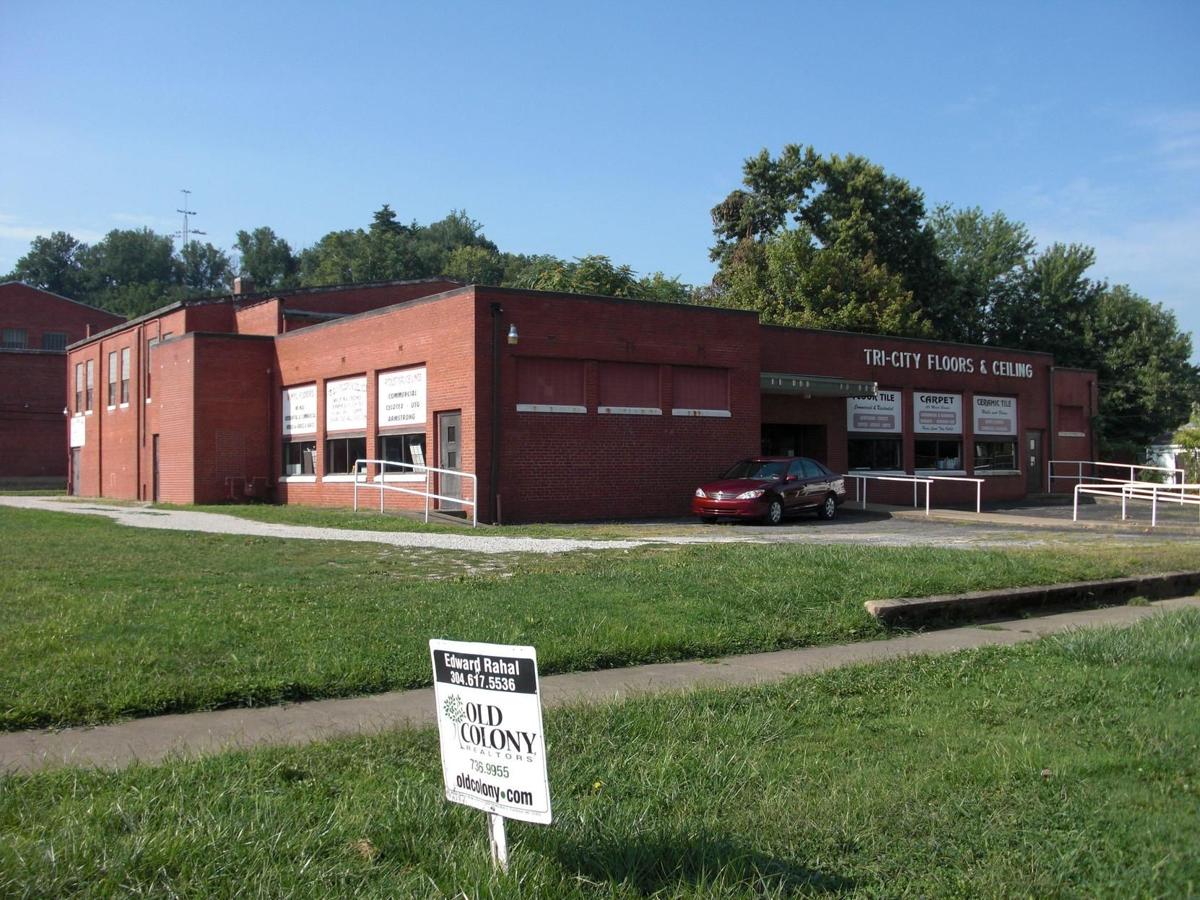 The Healing Place, a planned substance abuse recovery center, was awarded a $936,000 state grant which will be used to buy the former Lincoln Elementary School building at 2425 9th Ave., and convert it into a drug addiction treatment and recovery center for men. The Healing Place plans to acquire the Naval Reserve training center in Huntington’s West End neighborhood for a similar facility for women.

Members of the community gather at the Hope House for a candlelight vigil to honor the four teenagers who were murdered May 22, 2005 on Thursday, Sept. 25, 2008, in Huntington.

The Healing Place, a planned substance abuse recovery center, was awarded a $936,000 state grant which will be used to buy the former Lincoln Elementary School building at 2425 9th Ave., and convert it into a drug addiction treatment and recovery center for men. The Healing Place plans to acquire the Naval Reserve training center in Huntington’s West End neighborhood for a similar facility for women.

HUNTINGTON — Drug addiction, a problem whose seeds were sown nearly 25 years ago in the Tri-State, this decade reached a level that was impossible to ignore.

It lured undesirables to Huntington, caused increased crime and violence, and revealed the lack of available treatment for those who were addicted.

And its consequences have spurred the community to take action, with the public backing up its support of police with dollars, better cooperation among police agencies and a project aimed at bringing an addiction treatment facility to the area.

The addiction was fueled by crack cocaine, along with a resurgence of heroin and continued abuse of prescription drugs.

Authorities estimate crack cocaine arrived on Huntington streets during the mid-1980s. A resurgence of heroin arrived in the mid-2000s. Both drugs involved out-of-town traffickers, who moved into Huntington and introduced violent addictions.

The drugs took hold and soon made Huntington a hub for trafficking. Addicts from Kentucky, Ohio and southern West Virginia traveled to Huntington for their fixes. The illegal business has led to increased property crimes, visible prostitution, multiple homicides and fatal overdoses by several addicts.

The widespread addiction has increased demand for drugs, and overwhelmed the available treatment.

Delegate Don Perdue, D-Wayne, put numbers to the statewide problem in 2008. He estimated more than 40,000 were addicted compared with only 275 available beds for long-term treatment.

Locally, the demand for treatment has been evident. Addicts have flocked to the local, for-profit methadone clinic in downtown. Families also sought solutions by filing numerous mental hygiene cases to forcibly commit patients to care.

The lack of available treatment has kept demand for drugs high and produced a revolving door of problems.

“When we take a drug dealer off the street, there are two or three more ready to step in and take their place,” said then Cabell County Sheriff’s Lt. Eddie Blake in 2006.

The result has been a continued drug presence and increased risk of violence.

Authorities describe crack cocaine as the city’s drug of choice, with the major suppliers being dealers from Detroit. Police say heavy demand for drugs and a heavy supply of firearms have attracted out-of-towners to Huntington. They sell drugs at a hefty price and buy guns cheap. The guns could then be sold at an increased value in Detroit.

Crack cocaine has not produced as many overdose deaths, but it has led to turf wars and violent arguments about drug thefts and unpaid debts.

Property crimes spurred by drug addictions have affected many. Several drug-related homicides and shootings have caused public fear and have given the city of Huntington a bad reputation.

The violence manifested itself in three high-profile homicides. Karen Stultz, 39, of Catlettsburg, Ky., and Wendy Morgan, 31, of Logan, W.Va., were shot to death in two separate 2004 incidents.

Many believe the exclamation point came on May 22, 2005, when a spray of gunfire killed four area teenagers along Charleston Avenue.

Prosecutors won convictions in the earlier deaths, but the quadruple homicide remains a mystery. Those killed were Donté Ward, 19, of Huntington; Eddrick Clark, 18, of South Point, Ohio; Michael Dillon, 17, of Huntington; and Megan Poston, 16, of Barboursville.

Stultz died April 21, 2004. A then 15-year-old boy from Huntington was arrested and eventually convicted. The case provided a platform to address out-of-town dealers who used area youths to sell their inventory.

Two men and a woman, all from Detroit, were convicted in connection with Morgan’s death. Investigators said Morgan died July 28, 2004, after the honors student-turned-drug addict and prostitute stole crack cocaine from a local crack house. Separate juries determined the Detroit men fatally wounded Morgan on orders from their female drug boss.

Courtroom testimony linked the same Detroit woman to ordering the quadruple homicide, but investigators lacked evidence to prove their case. They believe Ward stole drugs and/or money from the woman. Detectives called Ward the target of the attack; the other teenagers were killed to eliminate witnesses. The shooting occurred hours after two of the victims attended a local prom in Huntington.

A year after the quadruple homicide, FBI drug investigator Matt Hoke speculated the shooting would be “the worst act of violence” he would investigate in his career.

The Fairfax shooting occurred in an otherwise quiet neighborhood. It prompted a special meeting at Huntington City Hall, where the community’s frustration boiled over.

Heroin entered the region with deadly force in 2007. Investigators blamed a particularly potent batch of heroin for killing at least 10 people. The death toll was drastically higher than years past.

The overdose deaths rattled the families and underscored the scope of drug abuse.

“Everyone should realize that no matter where you live or who you are, there is somebody with drugs right around the corner,” said Mark Young, stepfather of one person who died of an overdose. “You just need to hold your children close.”

Treatment officials speculate increased heroin usage was fueled by an already prevalent addiction to prescription drugs. They said addicts turned to heroin as a cheaper alternative as the street-market price rose for prescription pills.

Widespread drug activity has forced better cooperation among law enforcement. The cooperative efforts were put on display in 2008. Local, state and federal authorities made several arrests in a major investigation. It tracked the heroin trade to Mexico through Columbus, Ohio. A few suspects were charged with delivering heroin that resulted in some of the deaths.

The community also has bought into the law enforcement effort. As of December 2008, residents and businesses had contributed almost $200,000 to the police department. The donations provided extra money to purchase equipment, technology and other items vital to reducing crime.

The community also has joined together to conquer treatment. Members of the public showed up to annual drug summits and agreed to raise funds for construction of a long-term treatment facility named The Healing Place.

“We have to make something out of that horrific tragedy that is productive and successful, and the community is doing that,” Perdue said in reference to The Healing Place and the May 2005 quadruple homicide.

Cabell County’s court system also provided assistance by giving its blessing to a Day Report Center, along with formation of juvenile and adult drug courts. Those programs focused on providing treatment to those arrested.

In recent years, several drug-related homicides and shootings have caused public fear and given the city of Huntington a bad reputation.