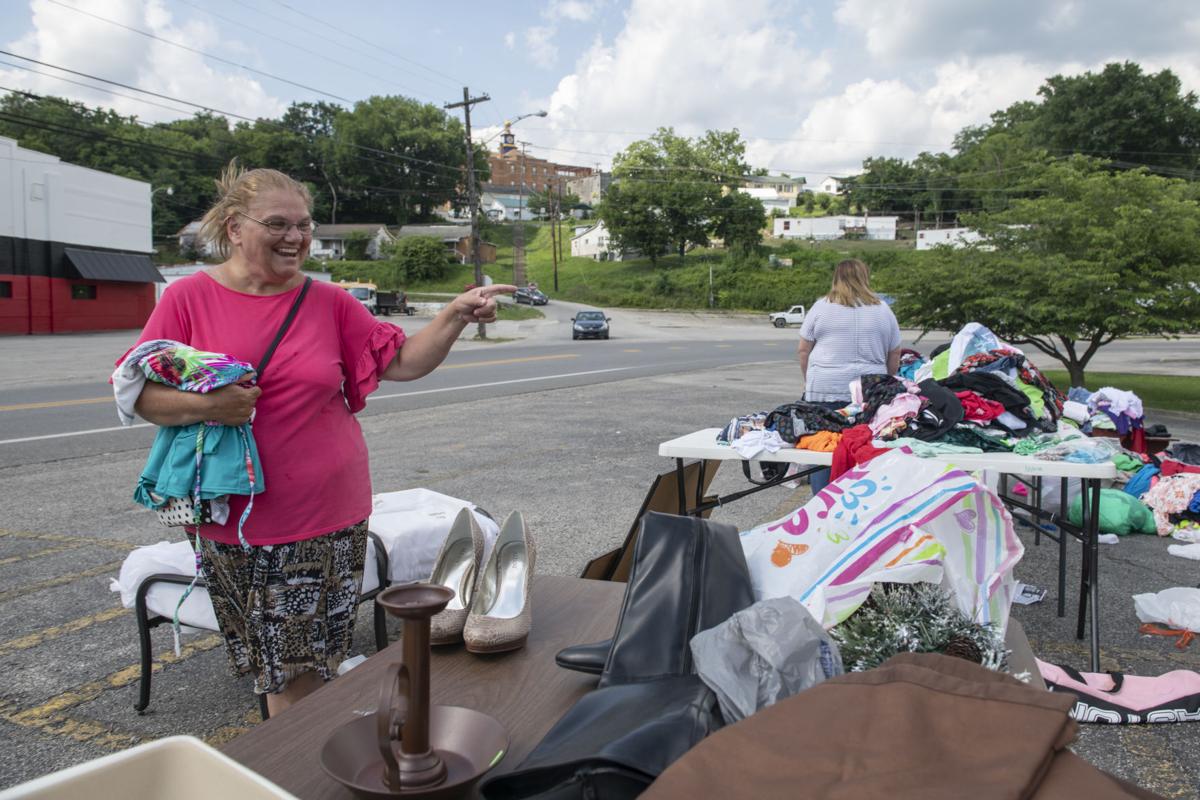 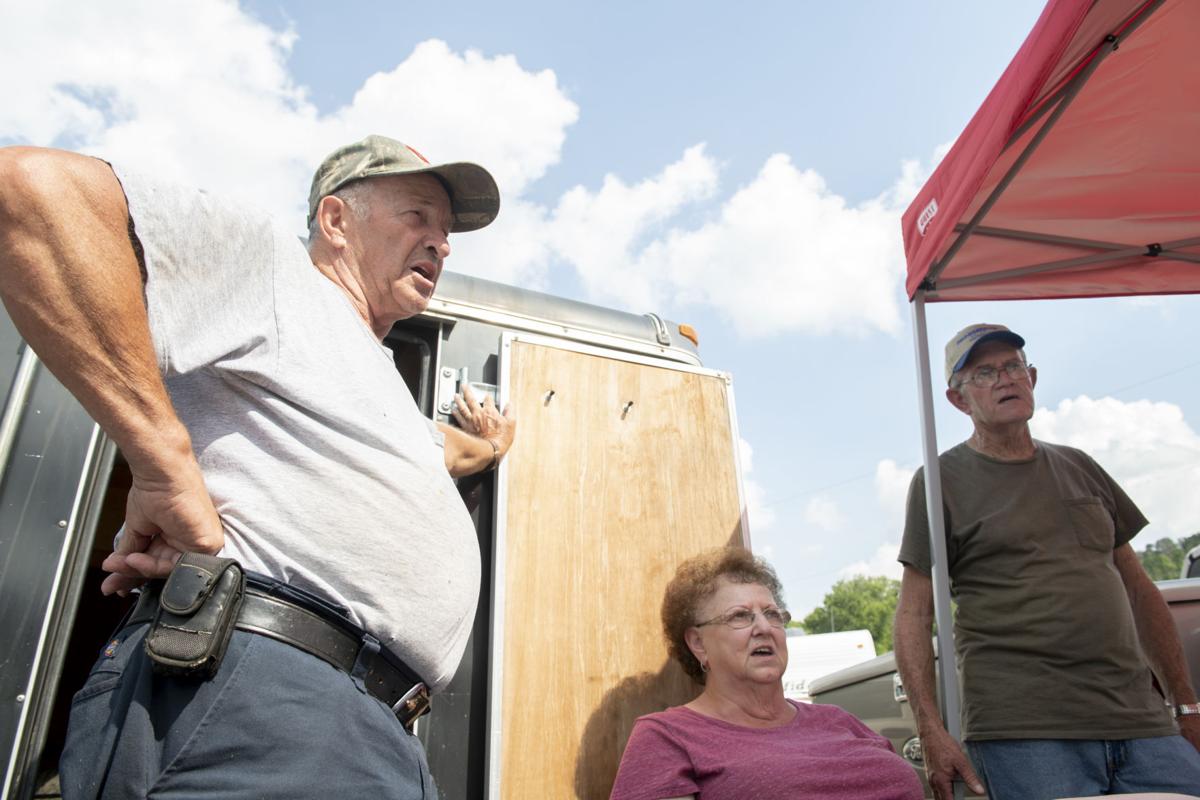 Sitting in the shade of a canopy, Sue Thompson waves at cars as they pass by on Palo Alto Street, also W.Va. 152, while two women browse the tables of clothes and housewares Thompson and her family have set up on the parking lot across from the Wayne Community Center.

Thompson worked at Wayne Middle School for 17 years. So is the yard sale supplemental income for Thompson or just a house clean out?

"Yeah. We're cleaning out the garage," Thompson says with a chuckle. "We just do it for fun. We have sold a lot of stuff. A lot of clothes and home interior pictures."

The heat is hard to ignore on the open blacktop.

"I sometimes have to get in the truck and cool off," she says.

Thompson, who was born and raised in Wayne County, says the county's strength is its people.

As if called upon by divine providence, a truck pulls up and a man waves to Thompson.

"Get out and we'll sing one," she yells to him.

The man climbs from the vehicle and walks over to the canopy.

"This is the preacher Roger Maynard," she says.

Maynard exchanges handshakes with the reporter and starts a conversation about what songs to sing with Napier.

As the reporter walks back to his vehicle, the sounds of an old-time gospel tune fill the air.