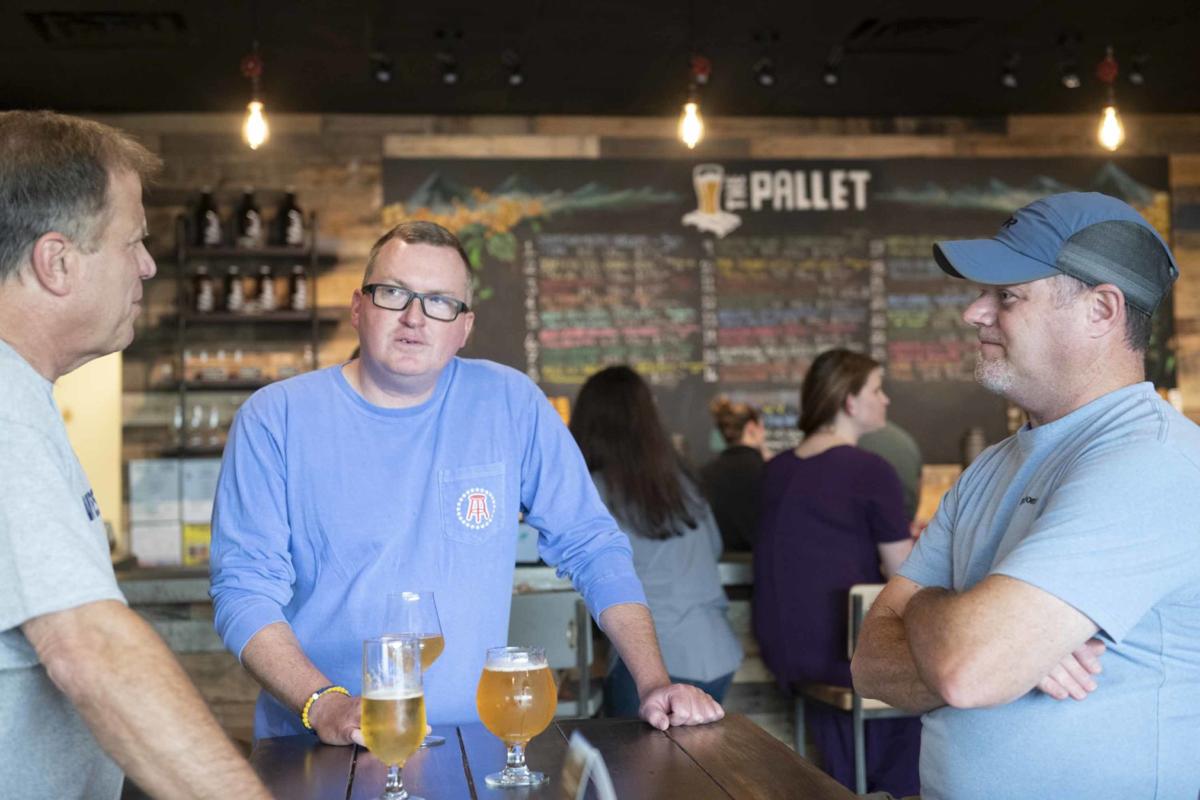 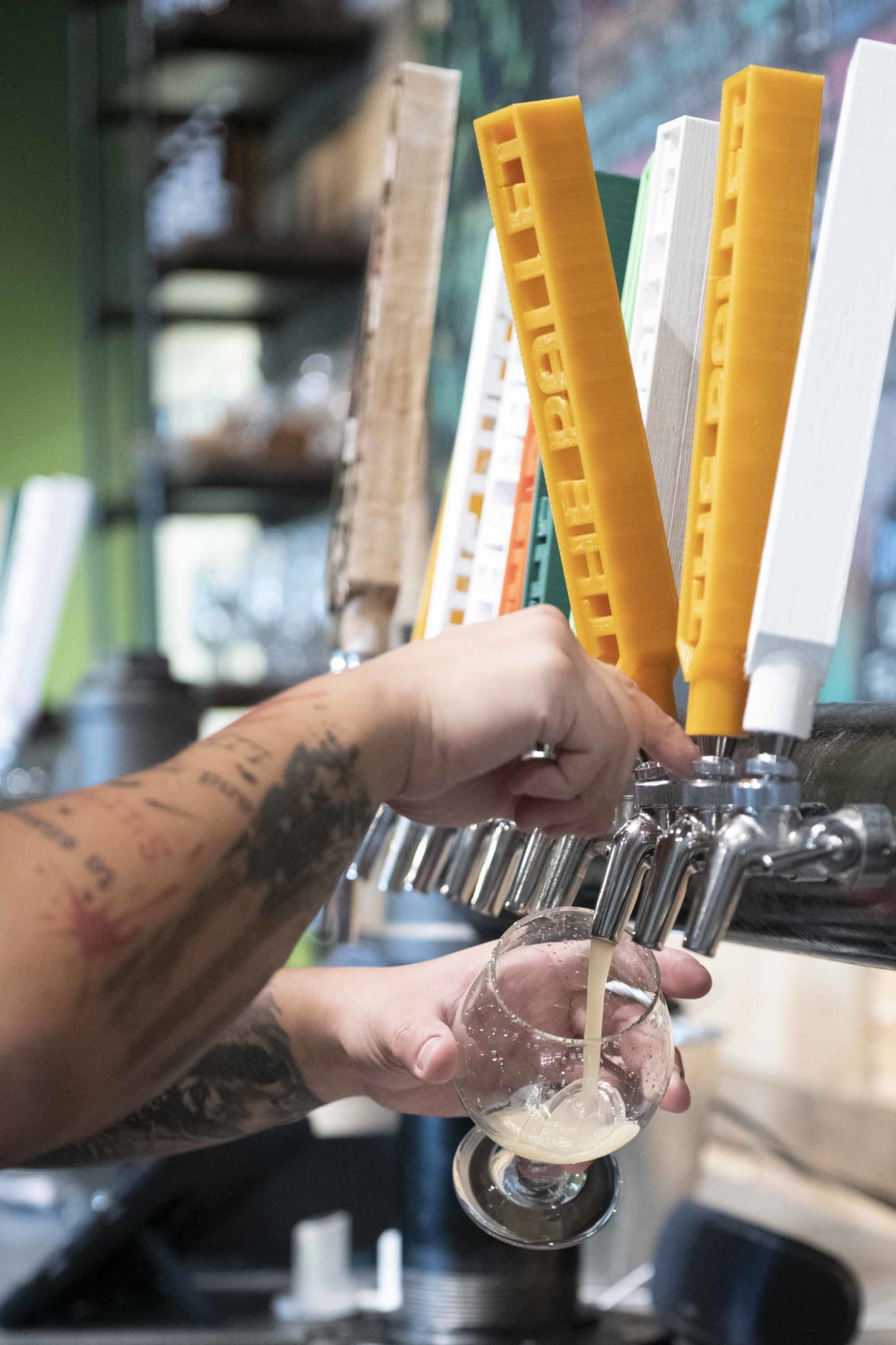 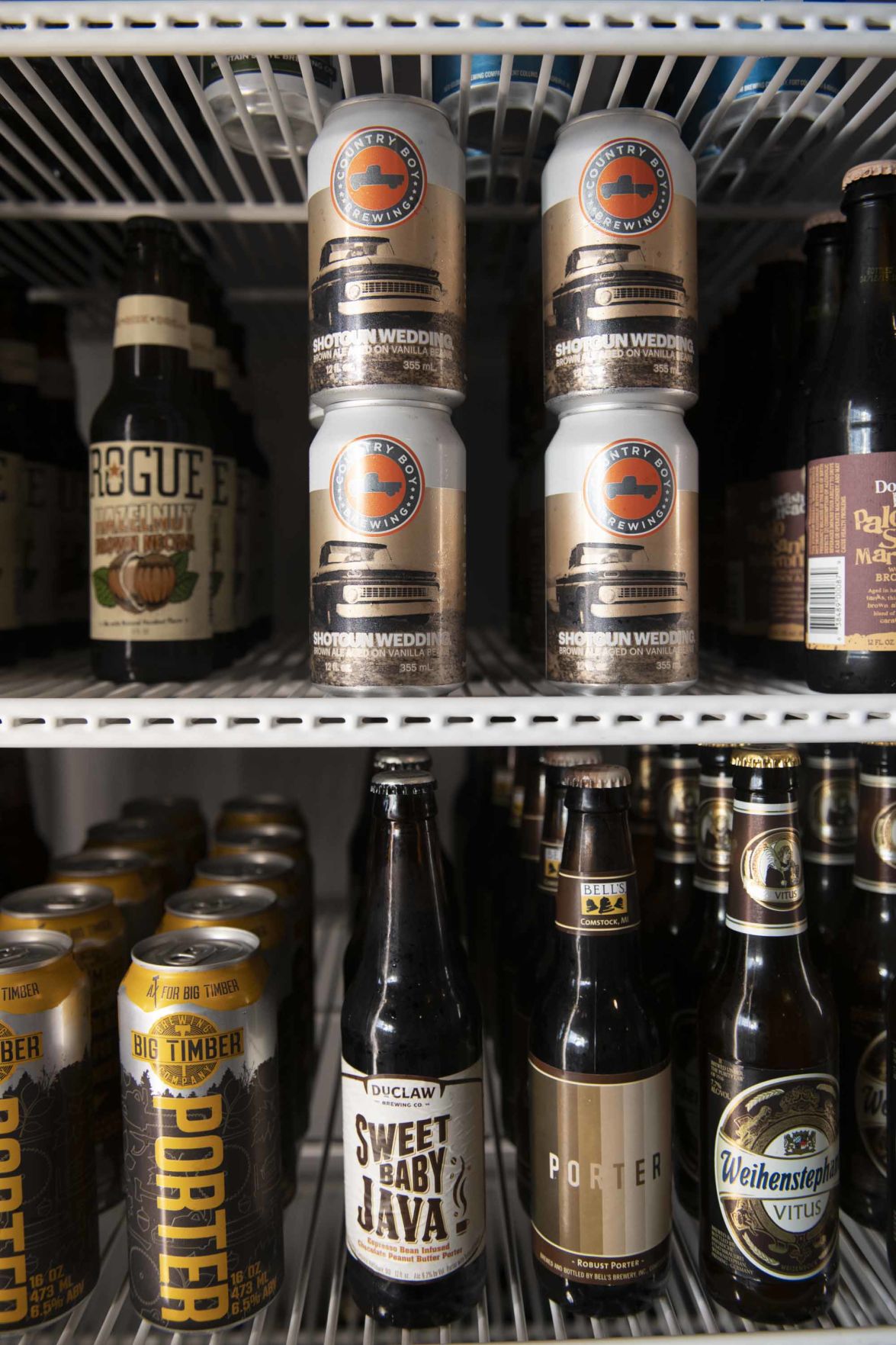 Lexi Browning/For The Herald-Dispatch Refrigerators filled with local and regional drafts are available for guests to choose from at The Pallet Bar on Tuesday, June 19, in Hurricane, W.Va.

Lexi Browning/For The Herald-Dispatch Refrigerators filled with local and regional drafts are available for guests to choose from at The Pallet Bar on Tuesday, June 19, in Hurricane, W.Va.

As the sun begins to set, groups of friends and coworkers have already made their way in to share conversations over local drafts. For Putnam County residents, The Pallet Bar is becoming the local "Cheers."

In its two-week existence, The Pallet Bar has made an impression.

"We know everyone who's been here by first name," said Stephanie Cogan, bar manager at The Pallet Bar. "They've been coming in constantly and bringing new people."

The idea behind The Pallet Bar materialized when three friends, Ben Burton, Jamin Jones and Shane Richardson, were hanging out in a garage.

"We like to try different beers, and we went all over the place and got ideas from everywhere," Burton said. "We wanted to incorporate everywhere we'd been. Columbus, Asheville - we wanted to bring that to Putnam County."

"We want to have a selection for everyone," Cogan said. "If you don't like beer and you come in, we can help pick out a style for you. If we don't have something, we can pick a hard seltzer that we have in cans or the fruit beers for wine and cider drinkers."

Cogan said her favorite part of her job is definitely getting to talk with the customers and develop a good rapport with them.

"I love to find out what people crave and what they want from this industry," Cogan said. "It's really easy to talk about beer, but to go in-depth and talk about breweries, tastings, whether they'll come to tastings, which we'll have in the future. What I really like is that I get to talk to them and get them outside the box."

Near the front of the bar, four friends are unwinding after a long day's work.

Rick DeGroff, who has lived in Putnam County for 15 years, said the spot is already one-of-a-kind.

"We're very happy to have an establishment like this in the area," DeGroff said. "It's the only place like it in the Valley."

Being this close to an establishment that carries lots of local brews has been a game changer, said Meghan Davis, who resides in Charleston and is a native of Greenbrier County.

"It's a really good selection of local beers and regional beers that speak to different palates and different tastes," Davis added. "Everything is strong, and it's really nice to have such a nice collection this close to the area with Greenbrier Valley Brewing and Bridge Brew Works. You're drinking beers that your friends from high school made or have a stake in."

The draft selections are each hand-picked by Cogan and the three owners, based on their style, appeal and demand. High Ground Brewing in Terra Alta, West Virginia, Stumptown Ales in Davis, West Virginia, and Bad Shepherd Brewing out of Charleston, West Virginia, will be included in the bar's incoming selections.