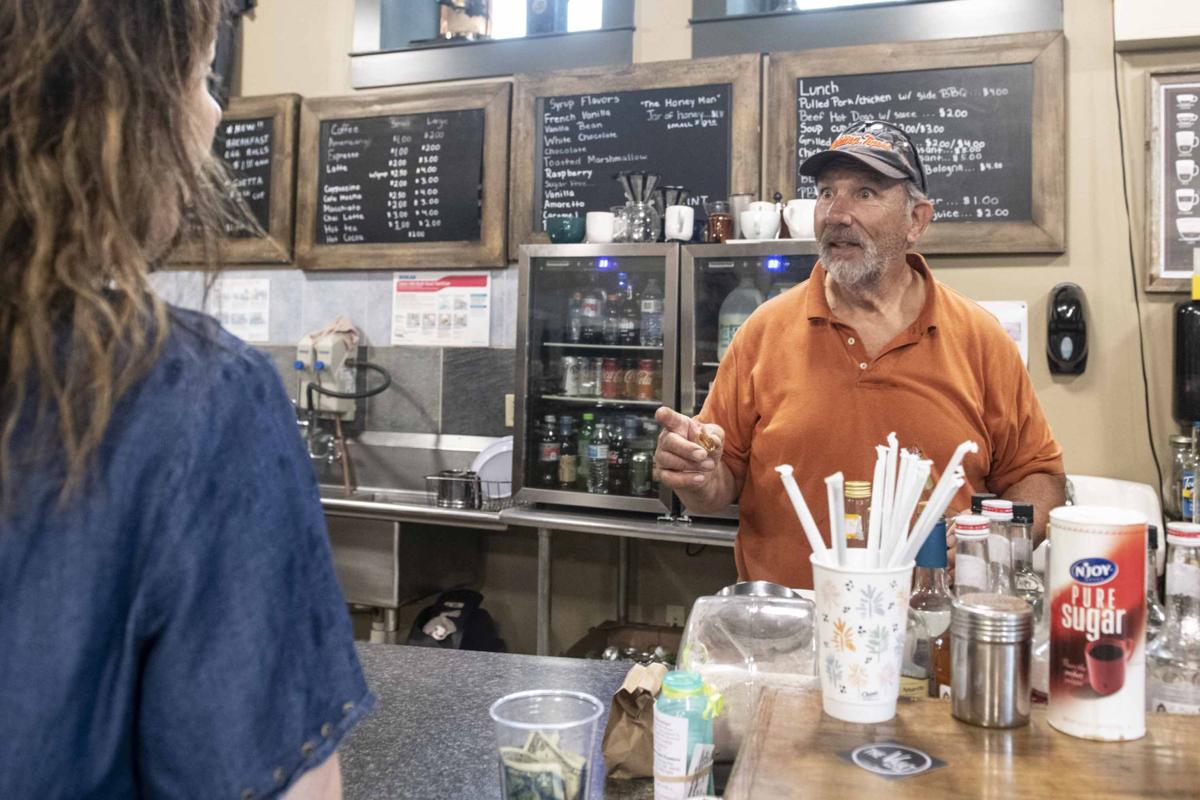 Lexi Browning/For The Herald-Dispatch Richard Fisher, owner of the Iron Town Coffee Lab, takes an order at his cafe on June 5 in Ironton, Ohio. 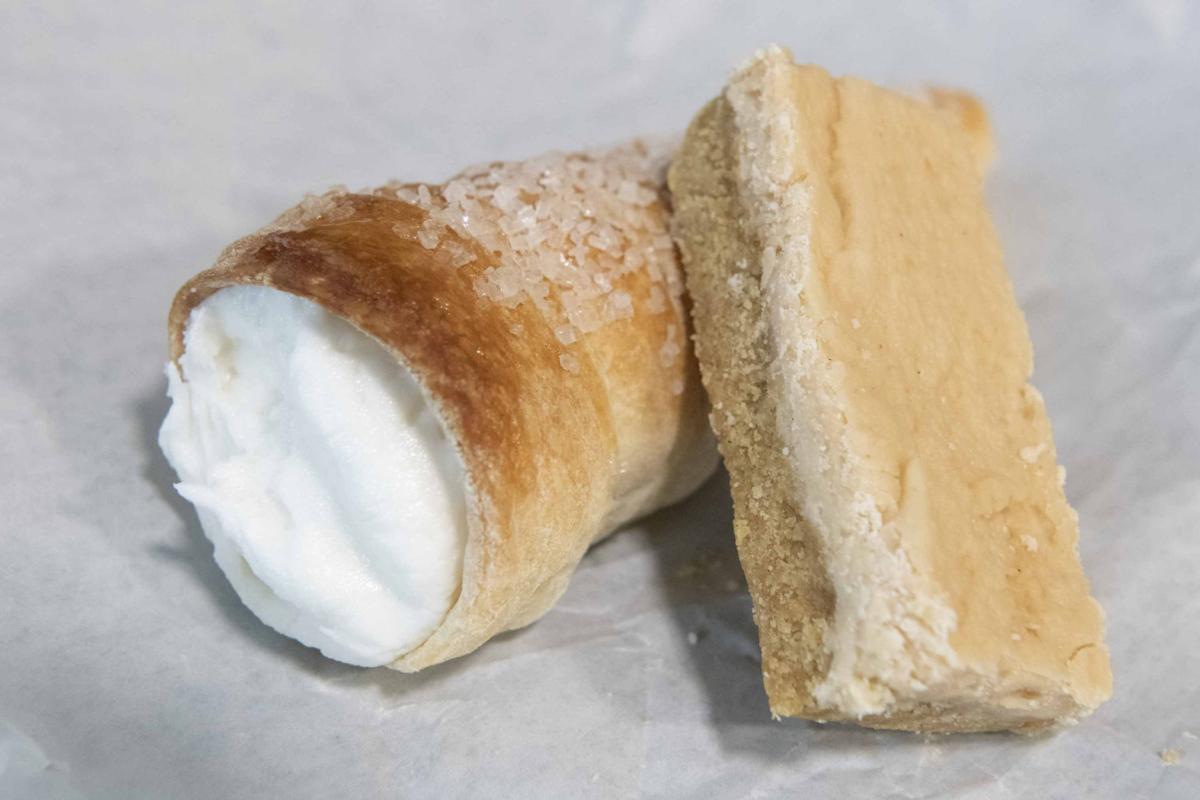 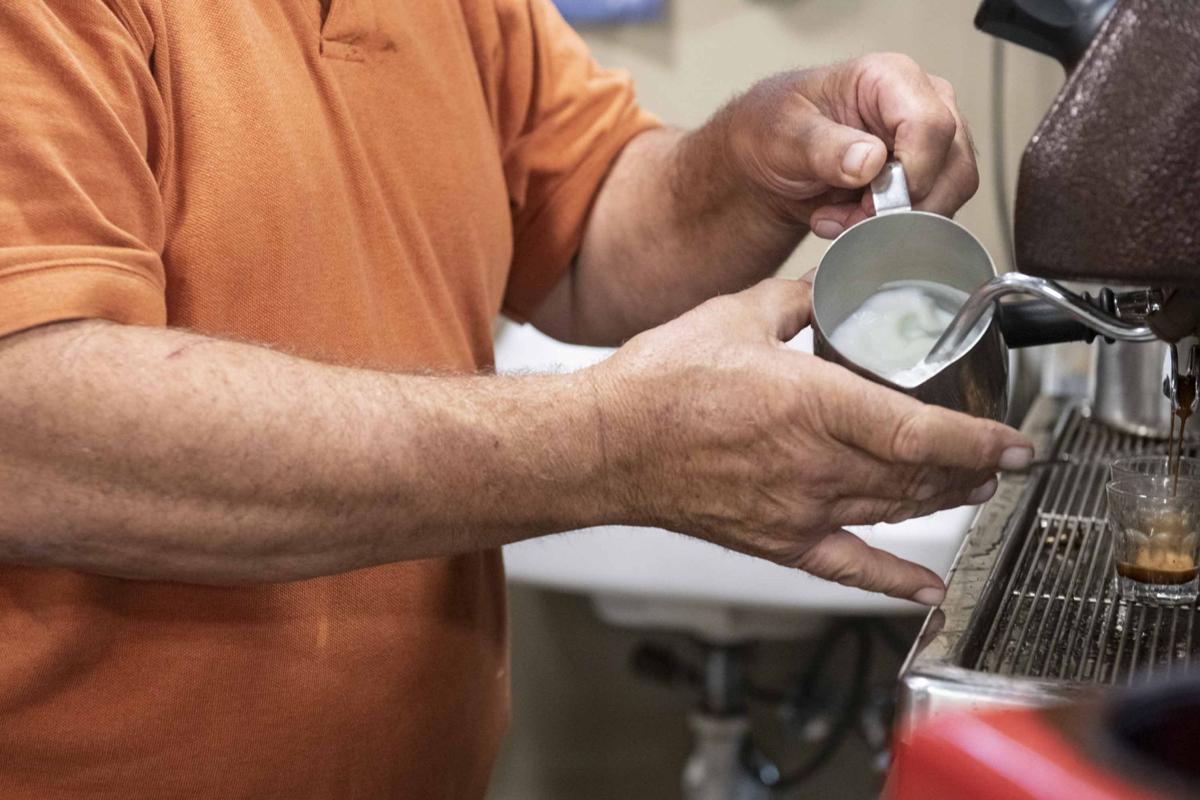 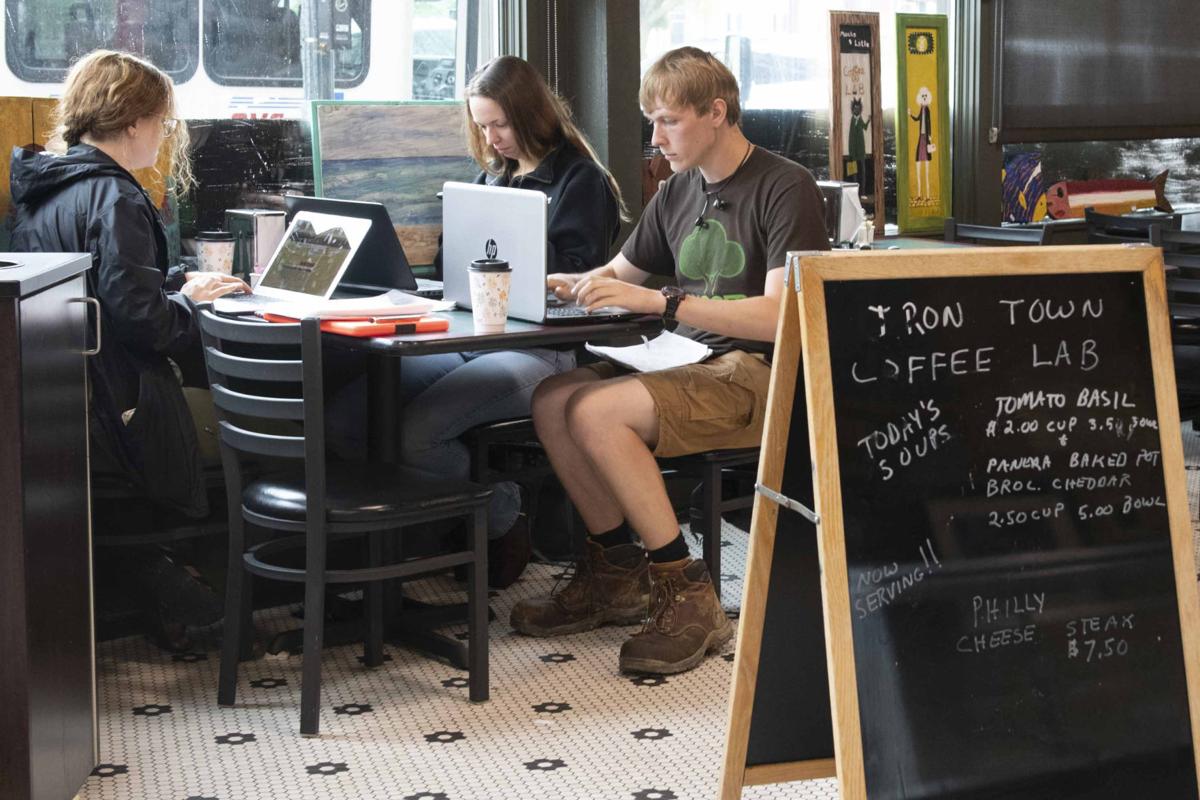 Lexi Browning/For The Herald-Dispatch Members of the Ironton community spend a rainy morning indoors at the Iron Town Coffee Lab on June 5 in Ironton, Ohio.

Lexi Browning/For The Herald-Dispatch Richard Fisher, owner of the Iron Town Coffee Lab, takes an order at his cafe on June 5 in Ironton, Ohio.

Lexi Browning/For The Herald-Dispatch Members of the Ironton community spend a rainy morning indoors at the Iron Town Coffee Lab on June 5 in Ironton, Ohio.

Six months ago, the cityscape of downtown Ironton looked a bit different.

Today, it's hard to miss the bold lettering that reads "Iron Town Coffee Lab" on the corner of South 2nd Street. In early January, Ironton native Richard Fisher opened the Iron Town Coffee Lab with a vision to help revitalize the downtown area and create a cozy, caffeinated environment for residents and visitors alike.

Fisher says he considers his position to be his "fun" job post-retirement, where he worked in the chemical industry for 40 years.

"I've always been a bit of a science freak," Fisher says of his caf's namesake. "I feel like science is undervalued in our culture."

The market, located just across from the Farmer's Market, offers a variety of espresso-based beverages, along with hearty breakfast and lunch options.

"It's the best coffee in the Tri-State," Fisher said. "It's conveniently located at the Transit Center. It's just a great relaxing atmosphere with a nice view [of downtown Ironton]."

Fisher says he befriended his roaster, Sherry Dunbar, owner of the My Coffee Guru micro-roasting company, while working at a hydroelectric company in Manchester, Pennsylvania.

"I said if I ever opened a caf, I'd be using her coffee," Fisher says.

He kept his word. Now, Dunbar is assisting Fisher as he delves into his own micro-roasting operation in the corner of the shop.

"She's helping me establish my roasting skills, and she's made several suggestions; she's been a great asset."

The coffee shop, which shares its space with Black Bear Bakery, hosts its own open mic nights and stays open late for community events. For visiting coffee connoisseurs, Fisher recommends the macchiato, which blends an "intense espresso" with a dash of whole cream.

"I opened a business here because I'm very passionate about Ironton's future," Fisher said. "This was something I felt like I could do and enjoy to promote the community and help the downtown area progress."

Just across the room from Iron Town Coffee Lab, Black Bear Bakery offers a variety of sweet treats to go along with the espresso.

From homemade cream horns to collegiate cookies, owner Travis Shope says the business has had a steady influx of customers since they opened their doors with the coffee shop in January of this year.

In its six months in business, Shope says, the bakers at Black Bear Bakery had time to experiment and perfect their selections -including their peanut butter bars, a favorite of local students.

"They were always available in our middle and high schools," Shope said. "It's like a peanut butter brownie with peanut butter icing. I've never seen them anywhere outside of Ironton, and they typically sell out quickly."

After the doors close each evening, Black Bear Bakery employees begin to bake items for the following day's pastry case.

"We typically take four to five hours per evening to maintain the week's stock and then six to seven on weekends," Shope says.

On Saturdays, Farmers Market visitors flock to the bakery for the limited batches of cinnamon rolls, which are made just before the bakery opens at 8 a.m.

"We usually have several dozen - as many as we can put out - and they're gone within two hours," he said.

"It's unique to work and get to know the people who you've maybe passed by in life, but didn't really know," he says. "It's a moderate-sized town, so you know a lot of your clientele, but the other half you may not know [quite as] well."

"It's really cool working with Dick [Richard Fisher] and getting to know the coffee," Shope says. "I cover for him and he covers for me. I've had to learn how to use the espresso machine and the various coffee techniques. That's been pretty fun."