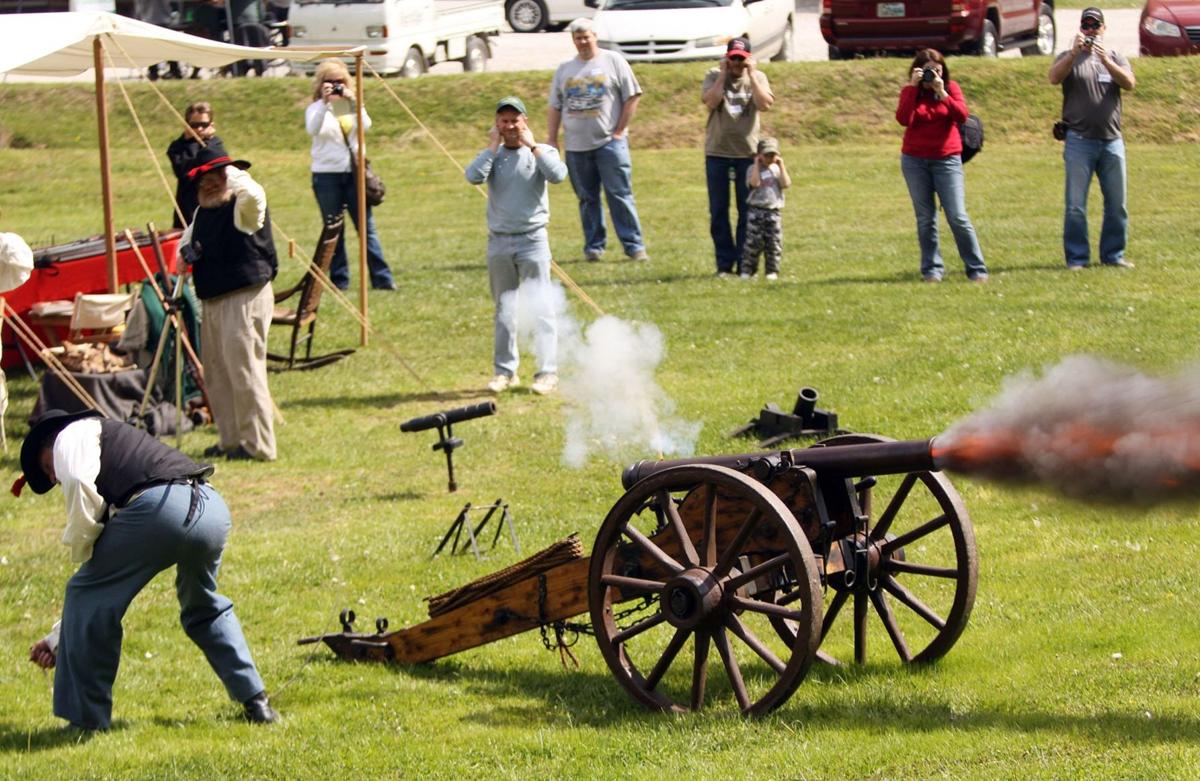 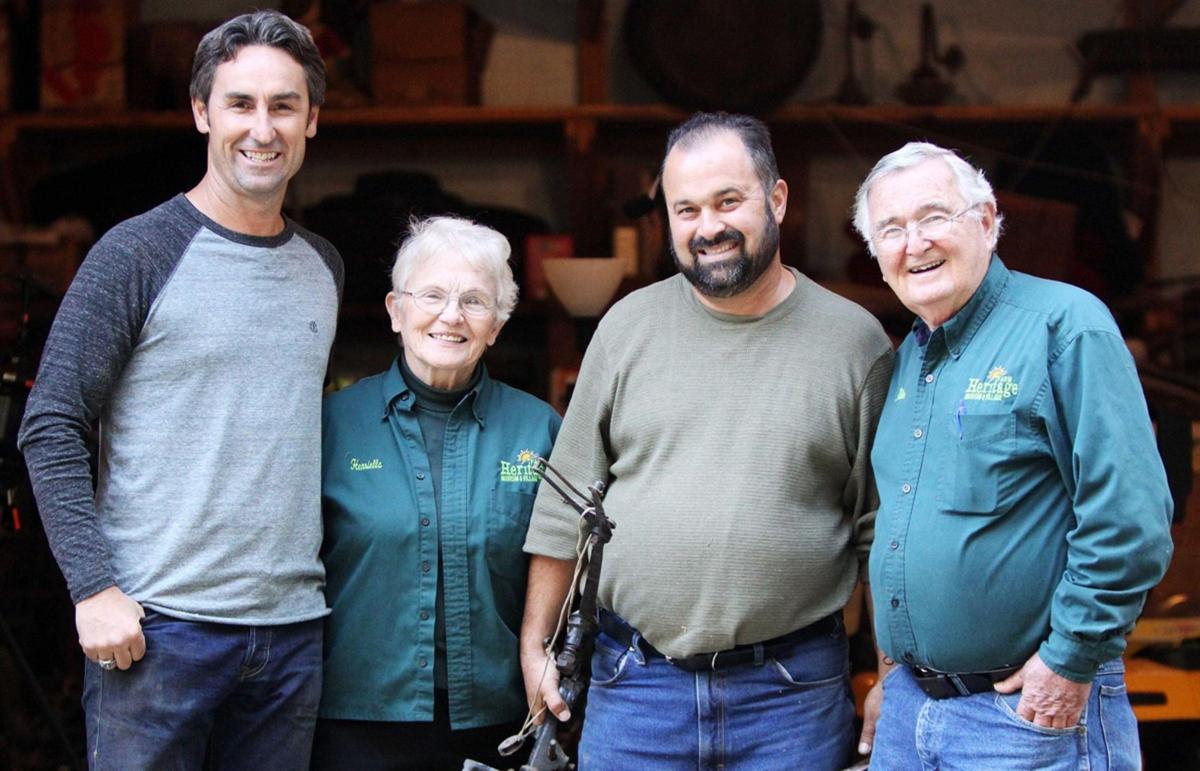 HUNTINGTON -- Heritage Farm Museum and Village may need a new sign in the front yard -- built of hand-hewn logs, of course -- "As Seen on TV."

Just featured in December on the popular History Channel show "American Pickers," Heritage Farm is soon to be once again plowing the fertile fields of national TV exposure.

The 550-acre farm and award-winning Appalachian history museum and village located a few stone skips off of I-64 is fresh off a two-day taping earlier this spring of re-enactment scenes for the Hatfields and McCoys History Channel documentary directed by Mark Cowen, known for "Band of Brothers" and such work as "Magnificent Desolation: Walking on the Moon," which he directed and co-wrote and co-produced with Tom Hanks.

That two-hour documentary is tentatively set to premiere Friday, May 25, on The History Channel although that date may get pushed back, said Los Angeles-based producer and Marshall graduate Darrell Fetty, who is also producing the upcoming mini-series "Hatfields & McCoys" with Kevin Costner and Bill Paxton.

Audy Perry, who grew up on and now helps run the farm started by his mom and dad, Henriella and Mike Perry, said the farm has seen an uptick in people both physically coming to visit, as well as dramatic traffic on its website following the December premiere and subsequent re-runs of the "American Pickers" episode.

"Historically, the website gets about 3,000 hits a month," Audy said. "In the one hour after the initial airing of 'American Pickers' it was 220,000 hits in one hour. It really has changed the traffic online and the conversations with people, and every time they re-run it, there's another 100,000 new hits and new conversations happening every time."

While the farm has already seen more folks from outside the region finding their way up the two-lane road to the Perrys' treasure trove of antiques telling the story of America through the work items of Appalachians, Audy Perry said they're planning for more this summer.

"We've had a lot of online and telephone conversations and a lot of them have been we will see you this summer so we think we'll get a big pick up of summer travel," Perry said.

While none of the items in the museum are for sale (they are owned by a nonprofit foundation), Perry said that hasn't stopped pickers, who've watched the episode, to come and ask about some item that was glazed over in the background of a shot.

"We've had some laughs about what they were able to see even in the background, someone wanting a sign with their last name on it or an old tractor that their grandpa had," Perry said. "When we are doing the tours now it usually comes up and we have them watch the film, a 10-minute video that tells the story, and that's really a nice blend of the book and the 'American Pickers' episode to tell the story of the farm. That usually leads to the conversation as to why you are here and how it came to be. People become interested in this and about who knows about it and why the farm is sort of a secret, but becoming less of one."

While it was cleaning out of an 1850s dairy barn to make room for building overnight bunks for future camps that prompted the Perrys to contact "Pickers," it was local connections that led the farm to host a shoot for an upcoming Hatfields and McCoys documentary.

Jack Reynolds, who owns the Huntington-based Trifecta Productions with Joe Murphy, was on a plane with pilot Steve Fetty earlier this year when Steve Fetty happened to mention that his brother Darrell Fetty was producing both the "Hatfields & McCoys" miniseries and documentary. Darrell Fetty was looking for somewhere and someone to shoot re-enactment scenes and was wondering if they could do it in West Virginia.

Murphy contacted Darrell Fetty, who was in Romania shooting the miniseries with Kevin Costner, and they got the ball rolling for the two-day re-enactment shoot at the farm, where Trifecta had shot many times before.

With a tiny budget that called for a re-enactment with one horse, a handful of guns and four or five actors, Murphy got on the phone and rallied scores of re-enactors and niche experts -- horsemen such as Huntington Mayor Kim Wolfe and Barboursville Police Chief Mike Coffey, veteran Civil War re-enactors and weapons experts such as Thadd McClung and Bob Walden, wardrobes from Marshall Theater Department, Western Virginia Military Academy and Civil War and pioneer era seamstresses, such as Jo Patterson, who made dresses solely for the shoot.

"I just wanted to help in any way that I can," said Patterson, who has been re-enacting with her husband James for more than 20 years. "I came to help advise and to get things period correct. To me, re-enacting and this film is all about educating the kids as to what life was like before video games and TV and what things were like for a family that lived in that time frame."

Perry said having the Hatfields and McCoys shoot at the farm, where they used several steep hollows and the creek, as well as town shots at the church and village, has made him view his family's home turf anew.

"I think it's really interesting because people who do that sort of media have a special talent," Perry said. "When I look at the farm I am seeing the whole thing at once and when they look they look with the eye of a camera lens and can see a scene that may only be two feet wide. I got to watch the shooting scenes out in the hollow with some 20 guys shooting and I don't know I must have walked past that hollow 100 times and never saw it in the light it was in that day. That is very exciting in my world."

While the farm is planning a future "Pickers Day," that may include a sale, as well as workshops with various restoration experts, Audy said for now they are enjoying the abundant blessings that keep pouring in.

"It really is an exciting time of transformation and growth," Audy said. "We are open to the opportunities to see where God is working and to see where we can join him. I know we all want to be a part of something bigger than ourselves and you are not always quite sure what that will be. The farm is having that potential in helping the community see not only the value of its history but the value of its future and that is exciting."