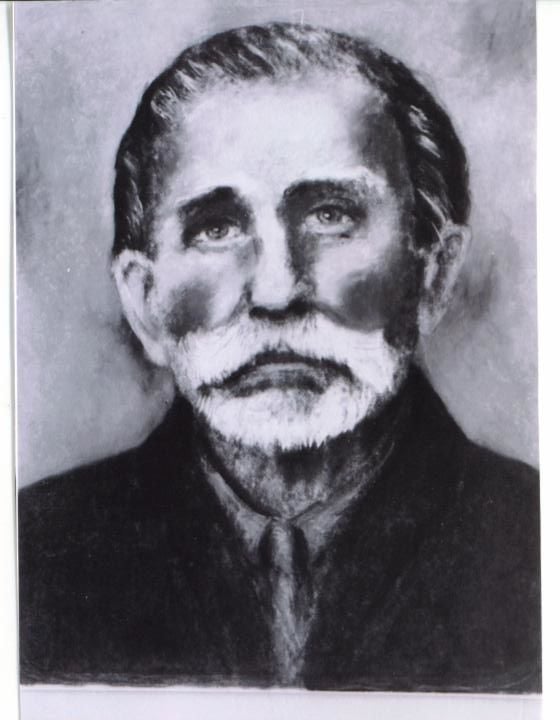 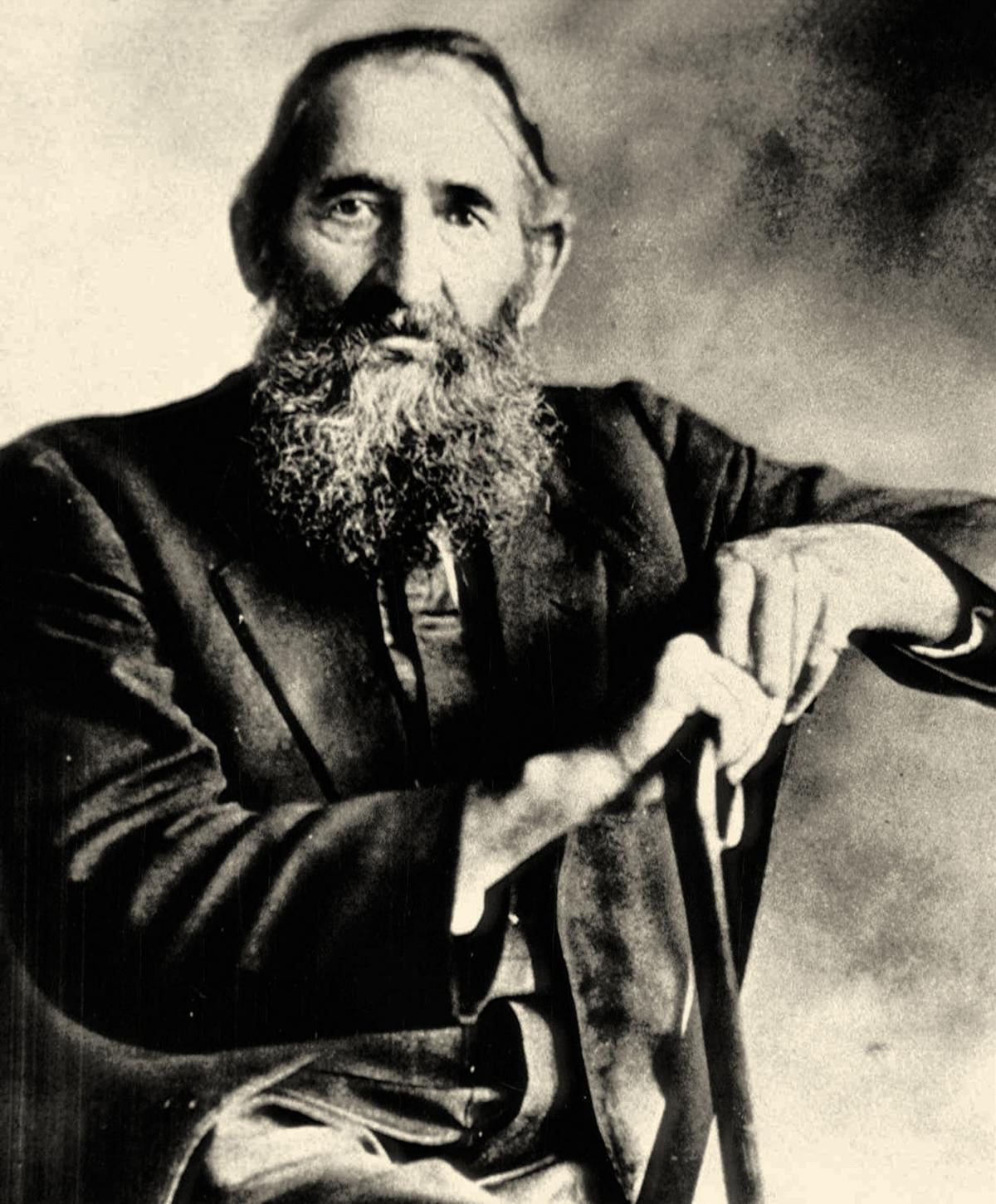 AP Photo William Anderson "Devil Anse" Hatfield is shown in this 1910 photograph, taken 21 years after the feud with the McCoys ended. The feud started over a dispute of ownership of two razor-backed hogs and later escalated with Hatfield's interest in Rose Anna McCoy, Ole Ran'l McCoy's daughter.

AP Photo William Anderson "Devil Anse" Hatfield is shown in this 1910 photograph, taken 21 years after the feud with the McCoys ended. The feud started over a dispute of ownership of two razor-backed hogs and later escalated with Hatfield's interest in Rose Anna McCoy, Ole Ran'l McCoy's daughter.

Hardly any person in America can hear the name "Hatfield" without thinking "McCoy." This most infamous feud in American folklore happened right in the Tri-State's back yard.

The 2012 release of the History channel's "Hatfields & McCoys" miniseries, starring Kevin Costner and Bill Paxton, has sparked a renewed interest in the saga. You can find in the pages of the Tri-State Visitors' Guide several feud-related attractions, activities and festivals. But before you go exploring, here's a tutorial on what really happened in the hills of southern West Virginia and eastern Kentucky.

The feud between the Hatfields of West Virginia and the McCoys of Kentucky had its roots in the Civil War and continued through 1981. The feud was led by patriarchs William "Devil Anse" Hatfield and Randolph McCoy. Here are some key events in the feud:

Both William "Devil Anse" Hatfield and Randolph McCoy were Confederates and were both along in a raid that killed Union Gen. Bill France in the fall of 1863. That raid sparked into action the Kentucky homeguards, who were sent to take Devil Anse and his men. One of France's men, Asa Harmon McCoy (Randall's brother), came after Anse in revenge.

He camped out in a rock house near his home. Anse found out and sent his Uncle Jim Vance and Jim Wheeler Wilson, a fellow soldier, to confront McCoy.

It is believed that one of those men shot and killed Asa McCoy.

A couple of court decisions helped to fuel the feud. In the late 1870s, Devil Anse Hatfield got into a land dispute with McCoy's cousin Perry Cline. Anse won the land dispute and was granted Cline's entire 5,000-acre plot of land. A few months after the verdict, Randolph McCoy stopped to visit Floyd Hatfield, a cousin of Devil Anse. While visiting, McCoy saw a hog that he said bore the McCoy marking on its ear. Hatfield denied the accusation and the two were hauled into court with Preacher Anderson Hatfield (a Baptist preacher and justice of the peace) to settle the suit.

Floyd won the case. On June 18, 1880, Staton was killed in a shootout with Paris and Sam McCoy, who were sent to prison for their crime.

Ellison Hatfield testified at that trial.

They became lovers, but Randolph did not approve.

When she went to be with Johnse in West Virginia, a posse of McCoys rode to the cabin, took Johnse prisoner and set out for the Pikeville jail. Roseanna told Devil Anse, who gathered his own crew to cut off the McCoys and rescue his son. After that, the couple remained apart. Roseanna would give birth to their daughter, Sarah Elizabeth McCoy, in the spring of 1881. The baby died of measles later that year. Johnse Hatfield, who would be married four times in his life, met Nancy McCoy (the daughter of Asa Harmon McCoy, who had been killed by the Hatfields) and they were married on May 14, 1881.

TROUBLE AT THE POLLS

On Aug. 5, 1882, it was Election Day and at the polls on Blackberry Creek, Ellison Hatfield got into a fight with Tolbert McCoy (Randolph's son). Tolbert's two younger brothers, Pharmer and Randolph Jr., jumped in the fight with knives, and Pharmer McCoy shot Ellison.

Preacher Anse Hatfield ordered constables to take the McCoy brothers to the Pikeville jail to face charges. They stopped at Floyd McCoy's house for food and decided to spend the night further up Blackberry Creek. Devil Anse Hatfield found out and the next morning arrived on the scene, and a posse of nearly 20 family and friends took charge of the McCoy boys. When Ellison died, Devil Anse crossed into Kentucky, tied the boys to paw paw trees and the group of men executed the boys who had killed Ellison.

Hoping to leave no witnesses, the Hatfields raided the McCoy cabin in the dark of morning on New Year's Day 1888. A firefight ensued, killing Randolph McCoy's daughter Alifair and son Calvin. The raiders burned Randolph's cabin to the ground. Randolph, his wife Sarah and the remaining children escaped.

The murders of the McCoys caused Kentucky's governor Simon Buckner to unleash special officer Frank Phillips and 38 men to arrest the nearly 20 men and put out a special reward which brought a slew of bounty hunters to come after the Hatfields. Phillips captured several of those men, and Phillips shot and killed Uncle Jim Vance on Jan. 10, 1888.

On Jan. 19, a large firefight between Phillips and his men and Devil Anse Hatfield and his men happened, since known as the Battle of Grapevine Creek. Although no one was killed in the fight, it prompted Devil Anse to order 25 new Winchester repeating rifles to prepare for future attacks.

The raids brought the ire of West Virginia Gov. E. Willis Wilson, and many thought there might be another Civil War break out along the Tug Fork between factions in the two states. Both states ordered their National Guard units to prepare to defend their borders.

West Virginia's governor sued Kentucky for the unlawful arrest of nine prisoners and unsuccessfully appealed the case to the U.S. Supreme Court in April 1888. The court ruled the Hatfields would have to stand trial in Kentucky whether or not the original arrests by Phillips were legal. Elison Mounts was hanged on Feb. 18, 1890, for the shooting of Alifair and Calvin McCoy, and the rest were given life sentences for their roles in killing the three McCoy brothers.