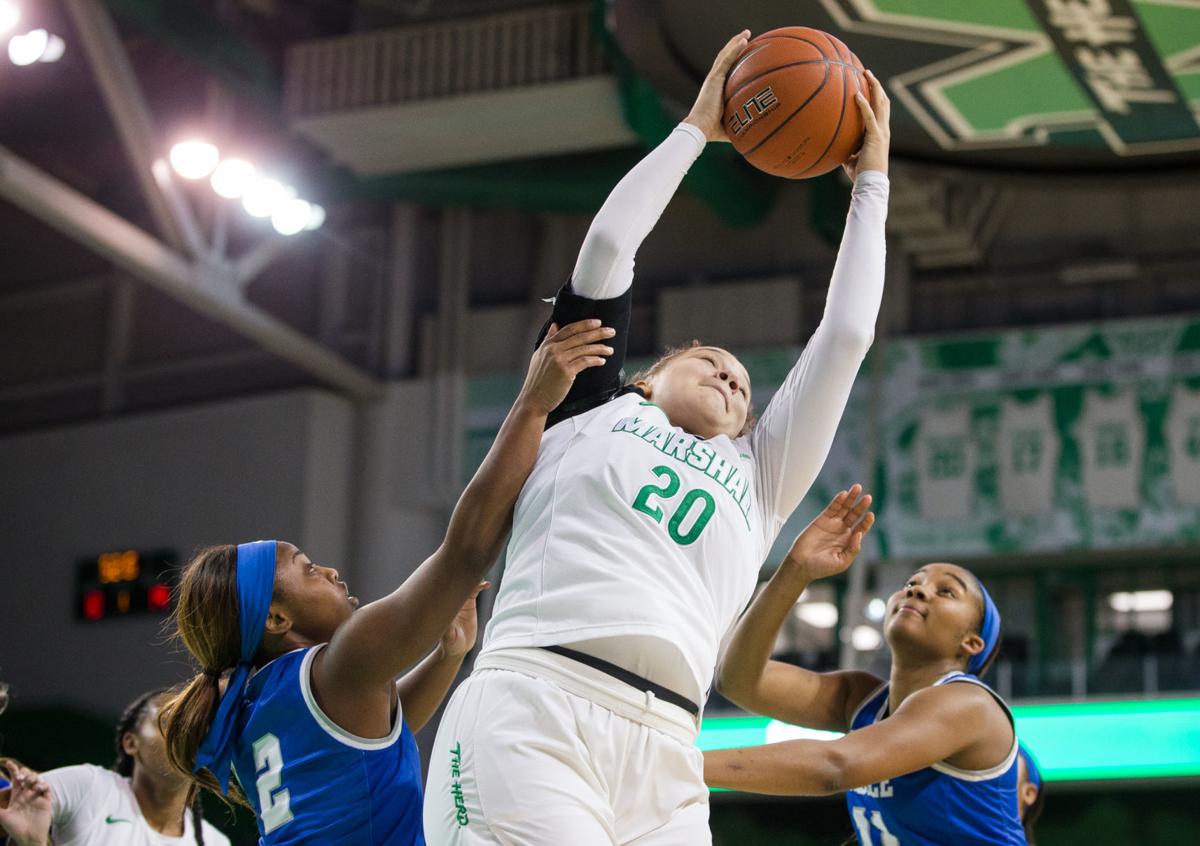 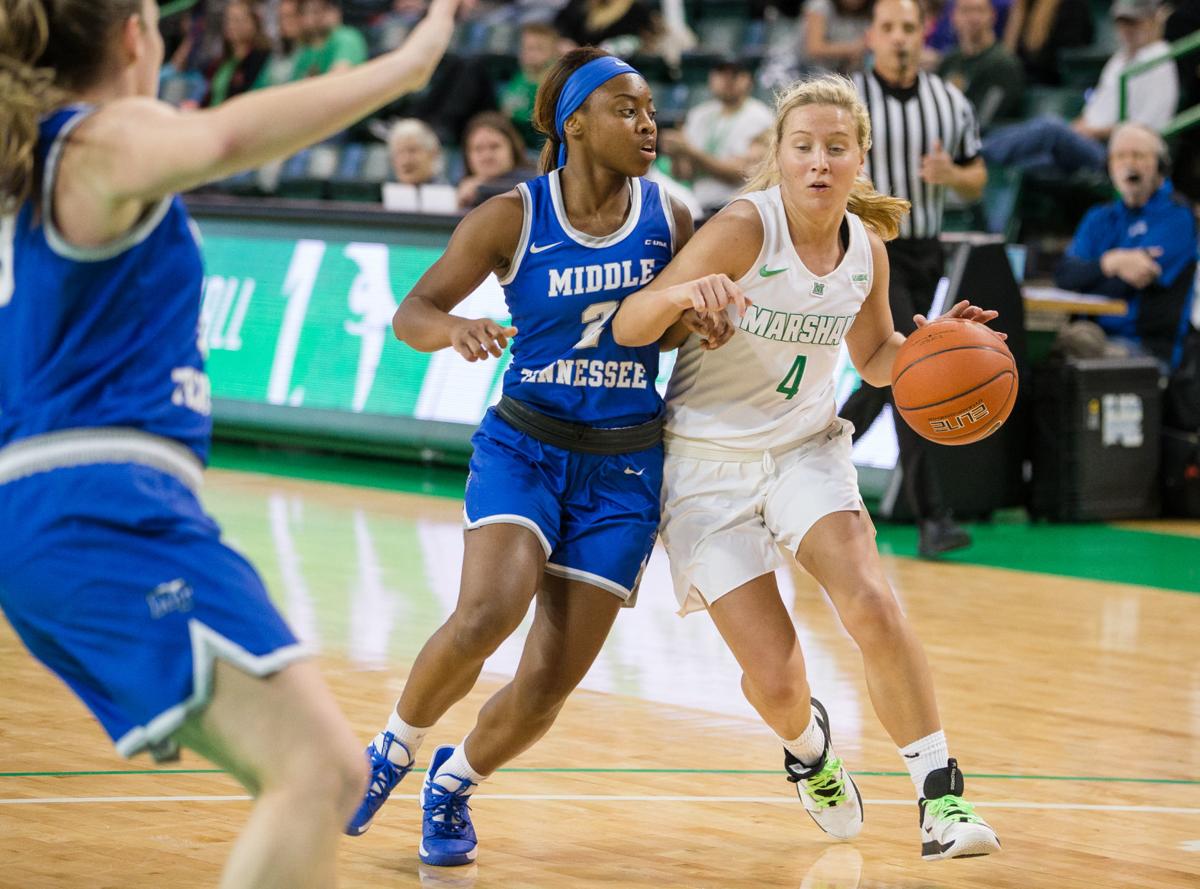 HUNTINGTON — Middle Tennessee trailed only once in its contest on Thursday at Marshall and defeated the Thundering Herd women’s basketball team 75-55 in a Conference USA game at the Cam Henderson Center.

Savannah Wheeler made two free throws for Marshall with 5:44 to play in the first quarter that gave Marshall its only lead of the game at 7-5. Middle Tennessee (10-5 overall, 2-1 CUSA) went on a 9-0 run and banked home a shot as time ran out in the quarter for a 23-12 lead and rolled from there.

The Thundering Herd shot 9 of 31 from the floor and 3 of 18 from 3-point range for 29 percent and 16 percent respectively in the first half. It didn’t get much better for Marshall in the second half.

“I think when I go back and watch it there were shots we took that I liked,” Marshall head coach Tony Kemper said. “We got the ball to the rim some, didn’t get anything out of it. How do you win a game when you shoot 11 percent from 3? The answer is right there. You don’t. You don’t stay very close and it gets away early.”

Middle Tennessee shut down any possibility of a second-half rally with a 9-2 run by the Blue Raiders through the 6:41 mark of the third period. Though the Blue Raiders got into some foul trouble with its leading scorers, Marshall was unable to use that to its advantage.

Though MTSU, the team picked by coaches in the preseason to finish second in C-USA, did cool off somewhat in the second half, it still finished 37 percent from behind the arc for the game.

The Blue Raiders were led by Anastasia Hayes’ 17 points, 11 rebounds and 10 assists, only the second triple-double in program history. Charity Savage was the game’s high scorer for Middle Tennessee with 20 points.

“It was a challenge to defend them,” Marshall guard Kia Sivils said. “They were getting us in transition. We just have to keep our head up for Saturday.”

On Saturday, Alabama-Birmingham comes to Huntington to face the Thundering Herd in what is going to be a tough stretch of conference games. Tipoff for that game is at 1 p.m.

Marshall was led by Wheeler’s 14 points and six rebounds in the loss. Kristen Mayo scored 11 for the Herd.

Marshall takes on Middle Tennessee during an NCAA women’s basketball game on Thursday, Jan. 9, 2020, at the Cam Henderson Center in Huntington.