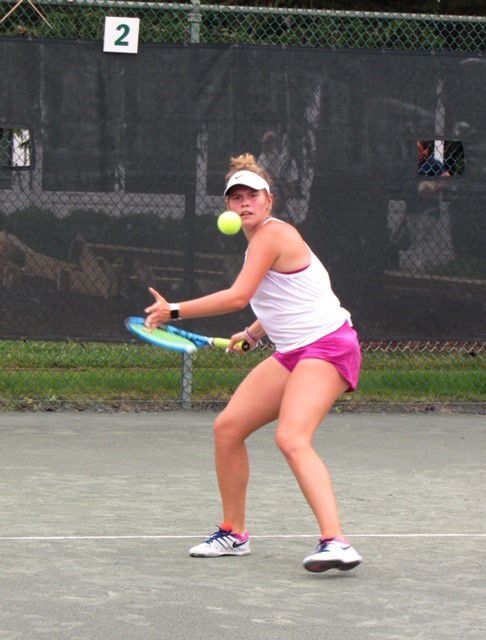 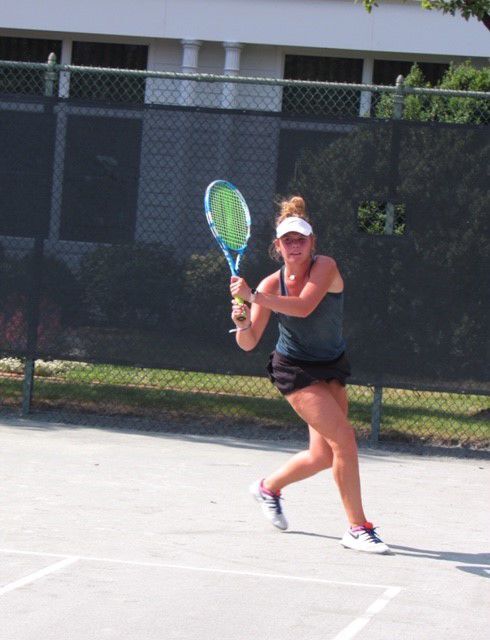 Hanley Riner returns a shot from the baseline during a match this summer. The Cabell Midland High School state champion is drawing heavy recruiting interest. 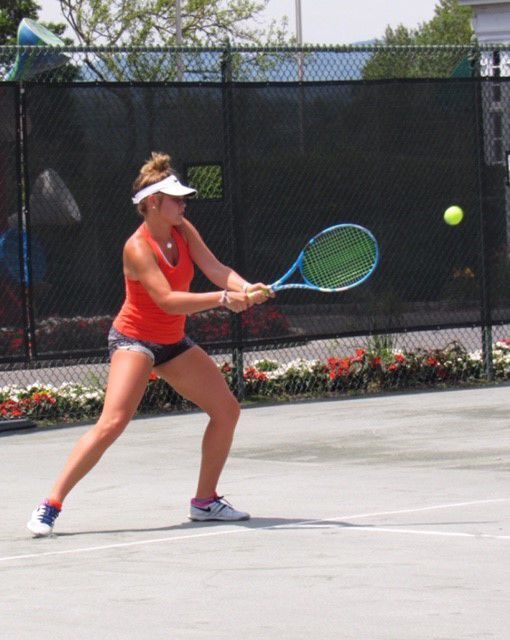 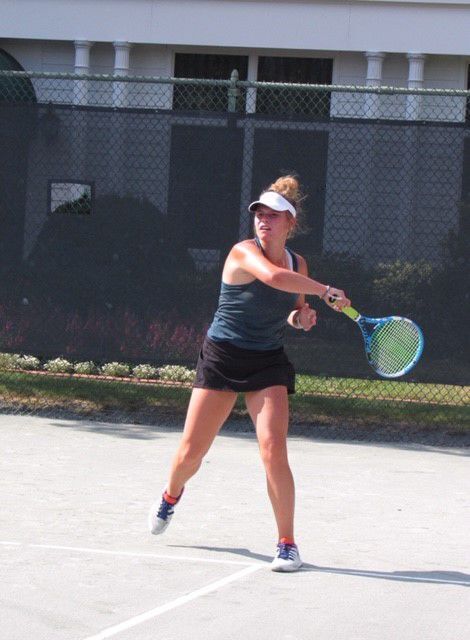 Hanley Riner returns a shot from the baseline during a match this summer. The Cabell Midland High School state champion is drawing heavy recruiting interest.

ONA — Perhaps the only foe that could prevent Hanley Riner from winning four state tennis championships was COVID-19.

“It was an amazing experience to play some of the best players in the country,” Riner said. “It was cool that they came to West Virginia. It was definitely challenging, but it helped me that my family could see me play. I felt more confident in front of them.”

Riner, 16, won a match playing up in the Girls 18s and advanced to the quarterfinals of the Girls 16s. She said playing close to home was special, especially since so many tournaments are as much as a seven-hour drive away.

Riner was dominant as a freshman in high school matches, going 36-0 and winning singles and doubles state titles. Her sophomore season was canceled because of the pandemic or she likely would have repeated as an all-state player.

The summer circuit is more difficult, but Riner has handled it well. Quick and powerful at 5-foot-8, she owns 26 USTA tournament victories and a 146-123 overall record. Riner ranked 73rd in the USTA Girls 16 Midwest standings and as high as 400th nationally. Tennis Recruiting Networks rates Riner a two-star recruit, even as young as she is.

The No. 1-ranked 2022 female tennis player in West Virginia since 2017, Riner hopes to parlay her tennis prowess into a major college scholarship.

“(NCAA) Division I is the goal,” Riner said. “I’ve gotten a few calls and a lot of e-mails from colleges. I don’t have a school picked out where I’d like to play. I’m waiting to see.”

With an eye-catching 64-0 singles/doubles high school record, she has coaches’ attention. The area has become a bit of a hot spot for girls tennis in recent seasons, with Cabell Midland’s Channing Varnum now playing at Bellarmine University in Louisville with former Huntington High star Ava Ratcliff, South Point’s Madison Riley playing at Marshall and former Spring Valley standout Katie Swann starring at the University of Charleston.

Wherever Riner goes, she plans to major in physical therapy. She brings more than just tennis ability, accumulating a 4.4 grade point average. Riner said she would like to play at least fairly close to home, listing colleges in Kentucky, Ohio, West Virginia, Virginia, Tennessee, Pennsylvania, North Carolina, Georgia, or Florida as her favored areas, but said she’ll keep her options open.

Riner credited her high school coach, Megan Turman-Anuszkiewicz, and pro coaches John and Laurie Mercer for helping her become the player she is. Turman said Riner’s confidence in herself has helped her.

“I always remind my players about a quote from Venus Williams — ‘In my mind, I’m always the best. If I walk out on the court and I think the ohter person is better, I’ve already lost,’ “ Turman-Anuszkiewicz said. “Hanley always believes she is the best player when she steps on that court. She is a well-rounded player who can wear down her opponent because of the shape she is in and the way she dictates the points with hard pace.”

Riner’s soccer conditioning and aggressive style makes her a difficult foe for even the most-talented players.

“She won’t sit back and play baseline to baseline,” Turman-Anuszkiewicz said. “She will throw in a mixture of shots and keep her opponent on edge, not knowing where she will hit the ball next.”

Riner said she has improved the most in her mental aspect of the game. Her physical skills are apparent, but the subtleties of the game is where she has gained ground.

“I’m able to focus on every point,” Riner said. “I’ve gotten better in that area.”

Turman-Anuszkiewicz said she has noticed.

“No one can get inside her head except herself and when she misses a shot or two the determination to up her game is a scary thing for an opponent,” the Knights coach said of Riner. “As her coach, you know she is locked in and there wont be another mess up.”

Although she stars in tennis, Riner also played for Cabell Midland’s powerful soccer team. She said she enjoyed playing a different sport.

“I like the team aspect of it,” said Riner, who has played 10 years of soccer to eight of tennis.