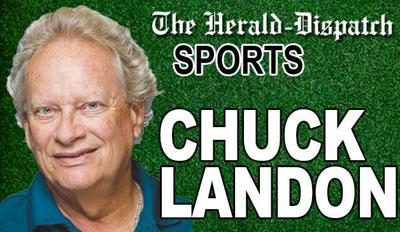 What could it be?

We should be enjoying the West Virginia high school boys basketball tournament right now in the Charleston Coliseum & Convention Center, while we also keep tabs on the NCAA tournament.

That’s what we should be and would be doing if not for the coronavirus panic.

The key word is “tournament.”

“Basketball is a tournament sport,” said Marshall University’s veteran head basketball coach. “And, obviously, you want to win (during the regular season). You want to win from the first game on.

“But it’s a tournament sport. If you win big early and not at the end (of the regular season), it’s a bigger disappointment than not winning early and winning big at the end.”

That’s why D’Antoni’s philosophy always has been that he’s not worried about winning games in December; he’d rather win in February and March.

“When I first came in that’s the way it had to be,” he said, “because there was nothing there that was tested and proven. So, you’re going to mix-match everything, trying to get it right when you get to the end.

It explains why D’Antoni is fairly satisfied with the 2019-20 campaign, even though the Herd wasn’t able to finish the season.

“When we got to the end of it,” he said, “I was satisfied with what we had. But there were times in the middle when I was saying, ‘We should be winning these games.’

“But as young as we were, and having Andy (redshirt freshman transfer Andrew Taylor) come in late ... if he had been here early, I believe this would have been another 20-win season. His dip would have been earlier. He came in and was good and, then, they always do that little dip and, then, he came back.

“I believe we would have had another 20-win season. That kind of robbed me. We had a chance as a program to have four consecutive 20-win seasons.”

But considering Marshall didn’t have a single senior on its roster this season, there’s every reason to expect 20 wins again.

“The program is in good shape,” said D’Antoni. “I’ll tell you, it looks a whole lot different than when I first got here. I like to know that Marshall is being represented like it should be. I felt like when I got here that wasn’t the case.

“But now we’ve got good crowds and we have kids who appreciate the fans. I take pride in that.”

There will be other tournaments.

Chuck Landon is a sports columnist for The Herald-Dispatch. Contact him at clandon@herald-dispatch.com.

Chuck Landon is a sports columnist for The Herald-Dispatch. Contact him at clandon@herald-dispatch.com.