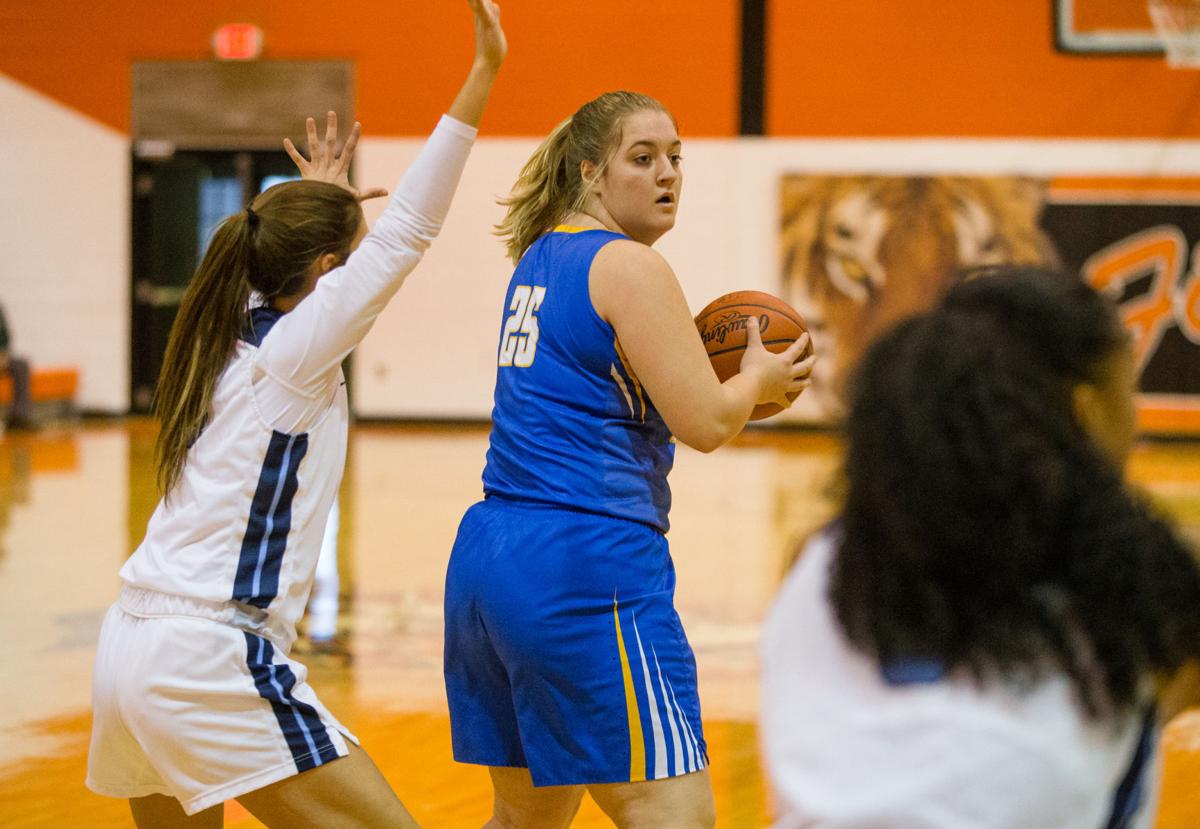 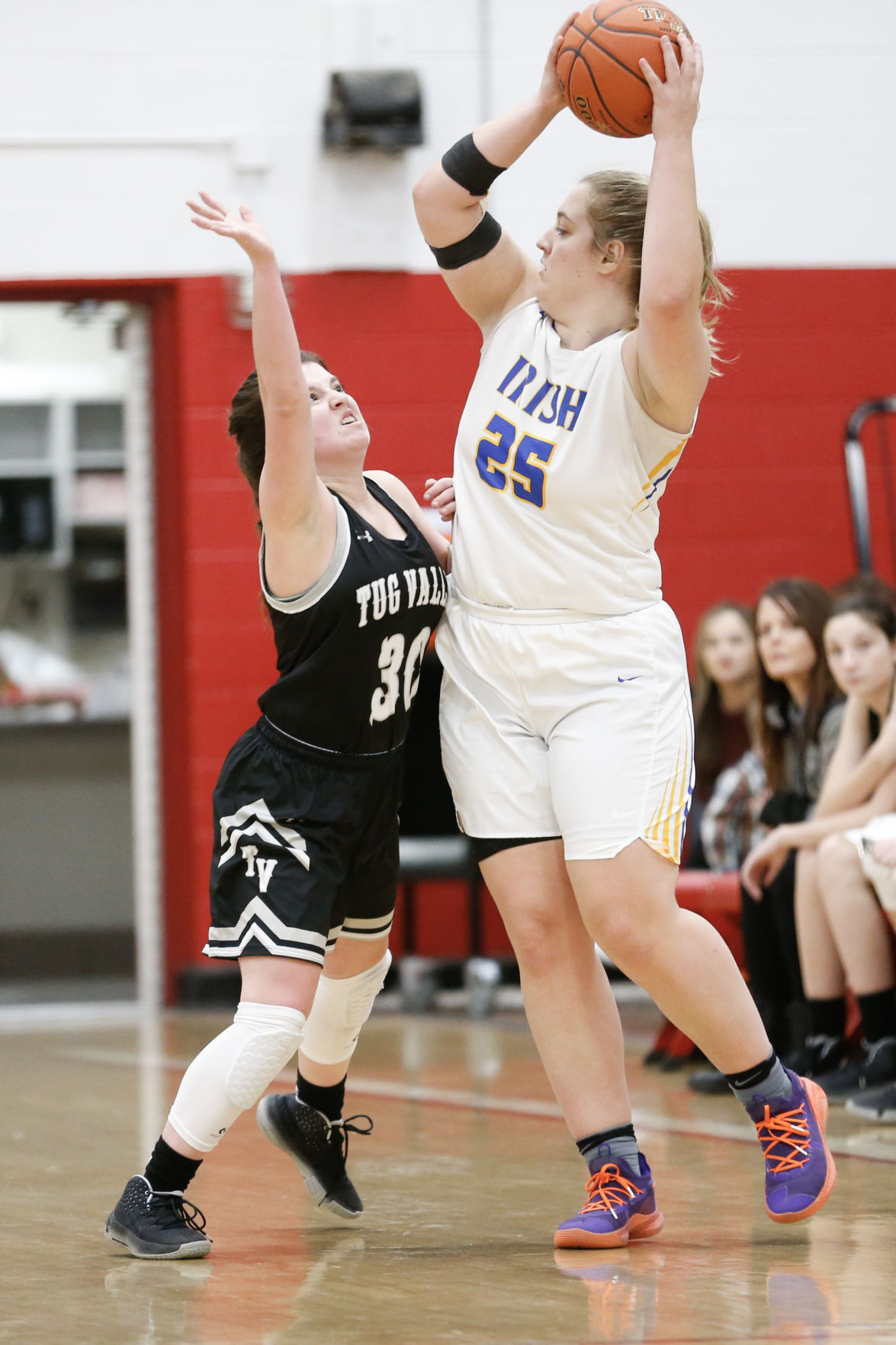 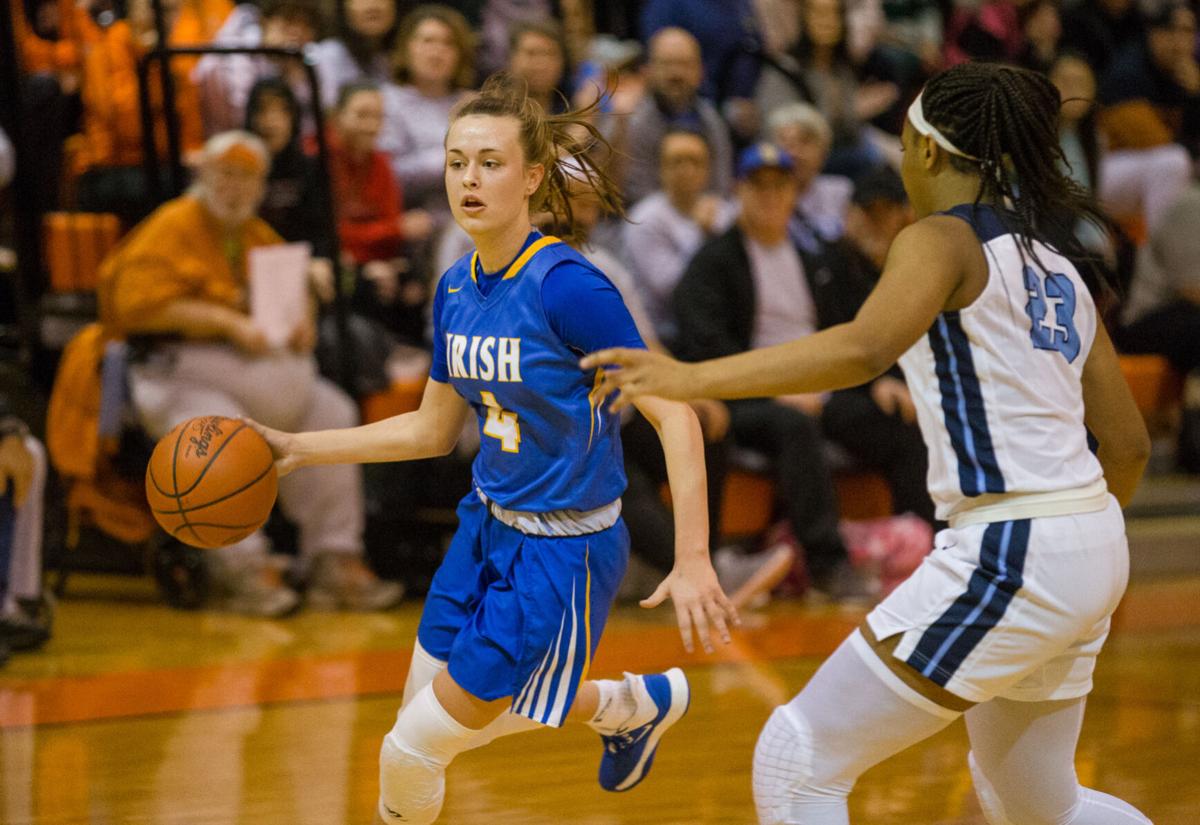 HUNTINGTON — A plethora of transfers from the Huntington St. Joe High School girls basketball team has sparked myriad rumors this week, but Irish coach Shannon Lewis said the culprit is the same that has wreaked havoc on all of sports.

Senior Hannah Roberts, who has signed with the University of South Carolina-Upstate, and senior Laney Whitmore transferred to Boyd County where they’ll join Kentucky Miss Basketball candidate and Tennessee Tech commit Harley Paynter, as well as young standouts Audrey Biggs and Bailey Rucker to make the Lions a likely contender for a state title. Roberts averaged 12.4 points, 5.9 rebounds, 1.4 assists and 1.2 steals per game last season when St. Joe reached the state tournament only to have it halted because of COVID-19. Whitmore averaged 3.7 points, 2.1 rebounds, 2.3 assists and 1.6 steals per contest.

“I’m so glad Laney is going to be with me and the rest of the team,” Roberts said.

Juniors Imani Hickman and Dionna Gray transferred to Huntington High to team with Ravyn Goodson, Katie Swann and Latahia Jackson and others to strengthen an already strong Class AAA team. Hickman averaged 7.6 points and 5.6 rebounds a game. Gray was good for 11.3 points, 2.7 rebounds, 3.9 assists and 2.4 steals per game.

Virginia Commonwealth University commit Grace Hutson, the 2019-2020 Gatorade player of the year in West Virginia as a junior, returned to her home town of Christiansburg, Virginia, and Lewis said she might enroll early at VCU. Hutson averaged 19.5 points, 4.5 rebounds, 2.0 assists and 2.8 steals.

Several players declined to comment on why they left, but said they loved playing for Lewis, who said St. Joe’s tuition, ranging from $8,700 to $9,825 might have been a factor, especially during the COVID-19 crunch during which many families have experienced decreased income. Lewis said he thinks the possibility of virtual learning could have come into play, particularly when students may learn remotely at public schools without paying tuition.

“It’s just the uncertainty of everything,” Lewis said. “Virtual learning is part of of it. Are we going to have sports this winter is another. It’s a domino effect. It’s not just girls basketball. It’s all sports and we’re seeing it at all private schools.”

Lewis chuckled as he mentioned some of the rumors abounding in conversation and on message boards. One had him taking a job at Teays Valley Christian, while another placed him as an assistant to Lonnie Lucas at Huntington High. Yet, another was that Lewis would become an assistant to Pete Fraley at Boyd County. Persistent scuttlebutt is that St. Joe was dropping athletics.

“Rumors fly everywhere about things,” Lewis said. “It came down to COVID. If everything was normal, we’d have had no changes.”

Lewis said he still thinks the Irish, who went 22-1 last year, were ranked 13th in the nation by MaxPreps and have won nine of the last 11 Class A state championships, will be a good team. St. Joe returns junior Julie Preservati (2.9 points), Ava Lee (1.4 ppg), sophomore Ramey George (0.6 ppg) junior Makayla Smith (1.0 point, 4.0 rebounds per contest) and others. Lewis said other players also “have come in.”

“We’re very happy with the kids we have here,” Lewis said. “We’re not going to be bad. We have good players and I’m excited with what we have here. We have talented kids and we have tradition.”

Because of COVID-19, St. Joe won’t play its usual national schedule. Instead, Lewis is looking to schedule more in-state teams.

The Irish usually play Boyd County, Ashland and sometimes a few other local teams from Kentucky. The Kentucky High School Athletic Association, though, is allowing teams to schedule only in-state or with bordering out-of-state counties, meaning St. Joe can’t schedule any team from the Bluegrass State.

Lewis said he understands parents’ angst during the pandemic.

“People get scared or antsy and I don’t blame them,” he said. “The bottom line is that everything was normal, we’d be normal. School has been good the last couple of days and we’re trying to hang in there. I hope we can find a few games. We’ll more than likely have to play an all-West Virginia schedule.”