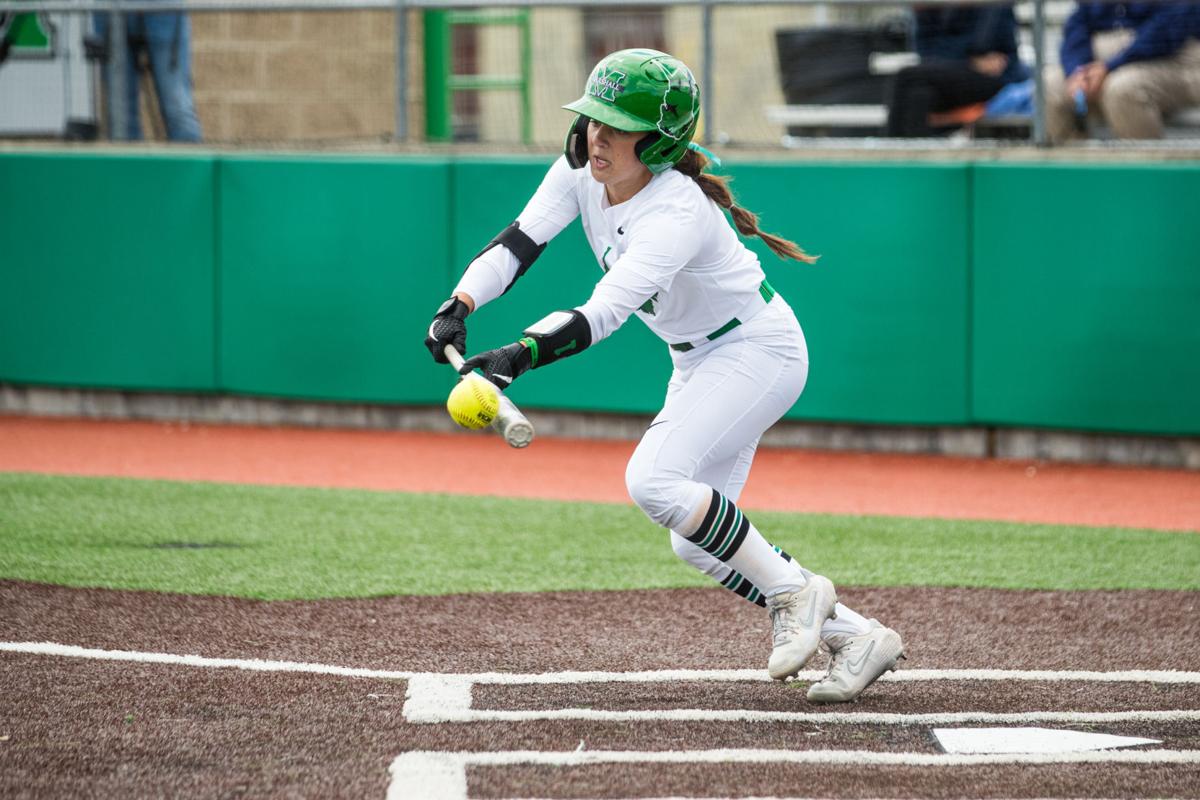 Marshall's Grace Chelemen attempts to lay down a bunt as the Herd takes on Florida Atlantic during an NCAA softball game on Friday, April 16, 2021, at Dot Hicks Field in Huntington. 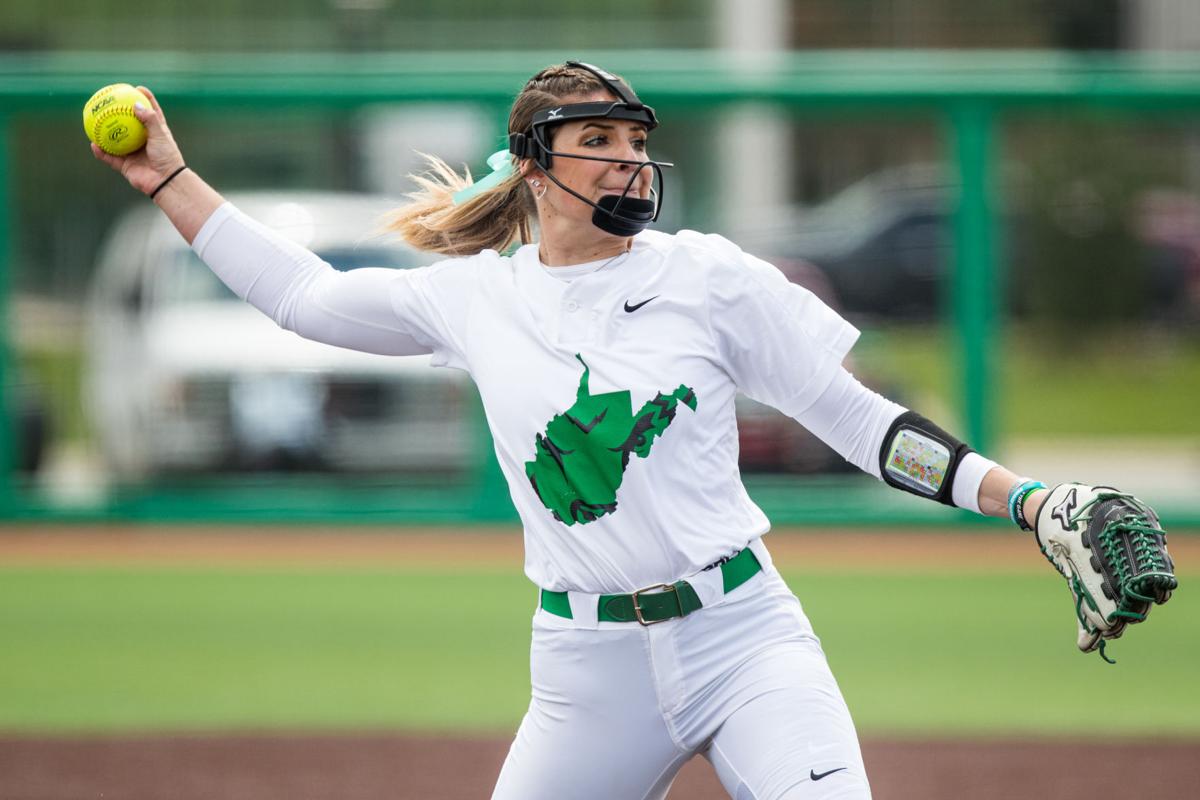 Marshall's Grace Chelemen attempts to lay down a bunt as the Herd takes on Florida Atlantic during an NCAA softball game on Friday, April 16, 2021, at Dot Hicks Field in Huntington.

HUNTINGTON — All week long, Marshall’s softball team couldn’t wait to get back on the field.

After a disappointing performance on the road last week, there was nothing like the friendly confines of Dot Hicks Field to make things seem a little better.

On a beautiful afternoon, Marshall pitcher Cailey Joyce worked quickly and used a tough defense to blank Florida Atlantic in a 1-0 win in the series opener on Friday.

“They were locked in,” Marshall softball coach Megan Smith Lyon said. “I think none of us were pleased with our performance (last) weekend. We came back and re-focused and we were locked in at practice — a really good vibe from the team all week and today during pregame, so I was confident.”

Typcially, most of the talk surrounds Marshall’s power on the softball field.

This win, however, was all about pitching and defense — both areas in which Marshall excelled on Friday.

Pitcher Cailey Joyce scattered four hits and worked quickly through the final frames, retiring the final 12 batters of the game in order to earn the win.

“I was just really able to get ahead of batters today,” Joyce said.

Defensively, the team had several big plays: tough infield outs from Blakely Burch and Sierra Huerta, a running catch in the right-center field gap from Mya Stevenson and another running grab from Paige Halliwill, who held on while colliding with Huerta in shallow center.

It was a showing from the defense that drew the praise of Lyon following the win.

“Defensively, we were phenomenal today,” Lyon said. “A lot of great plays, making the routine plays and absolutely, it feeds out pitchers some confidence. They know they can pitch to contact a little bit and we’re going to have their back and make plays.”

The game’s lone run actually did not score off of a hit — a rarity within the softball world.

Instead, it came in the bottom of the third inning when Huerta drew a bases-loaded walk to score Burch with what was the decisive run.

Two of Marshall’s three hits came in the frame on a day when offense was at a premium.

Still, Lyon was happy to see her team snap its three-game skid.

“I don’t care how we win,” Lyon said. “I’d rather win ugly than lose pretty any day of the week, so I’ll take a bases-loaded walk for a win.”

Lyon said the win was a good start to the weekend, but also gave pause and said the team has to re-focus going into Saturday’s doubleheader — one in which the team will honor its four seniors for Senior Day.

“Any time you can win the first game of a series, that’s great, but we did that last weekend, too,” Lyon said. “It didn’t end up well for us, so we’ve got to get re-focused tomorrow and turn the page quickly to get locked into tomorrow’s games.”