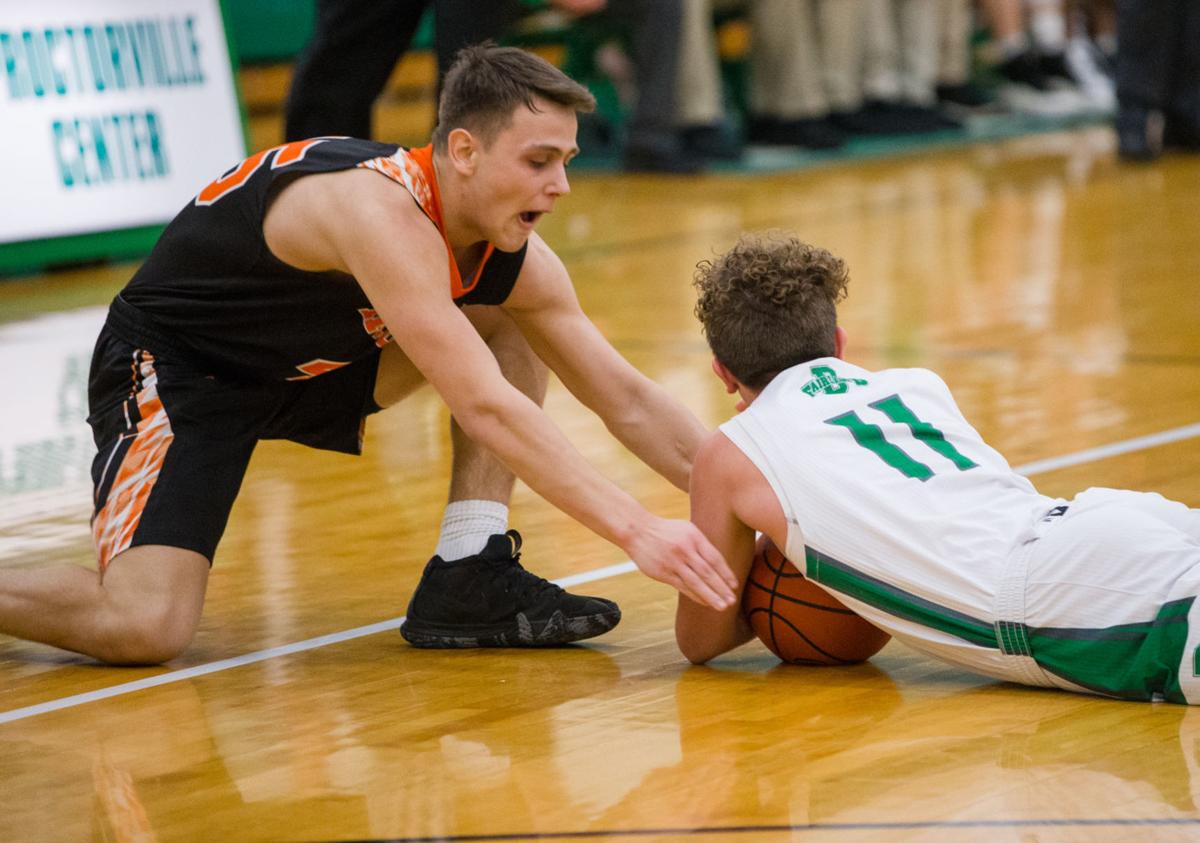 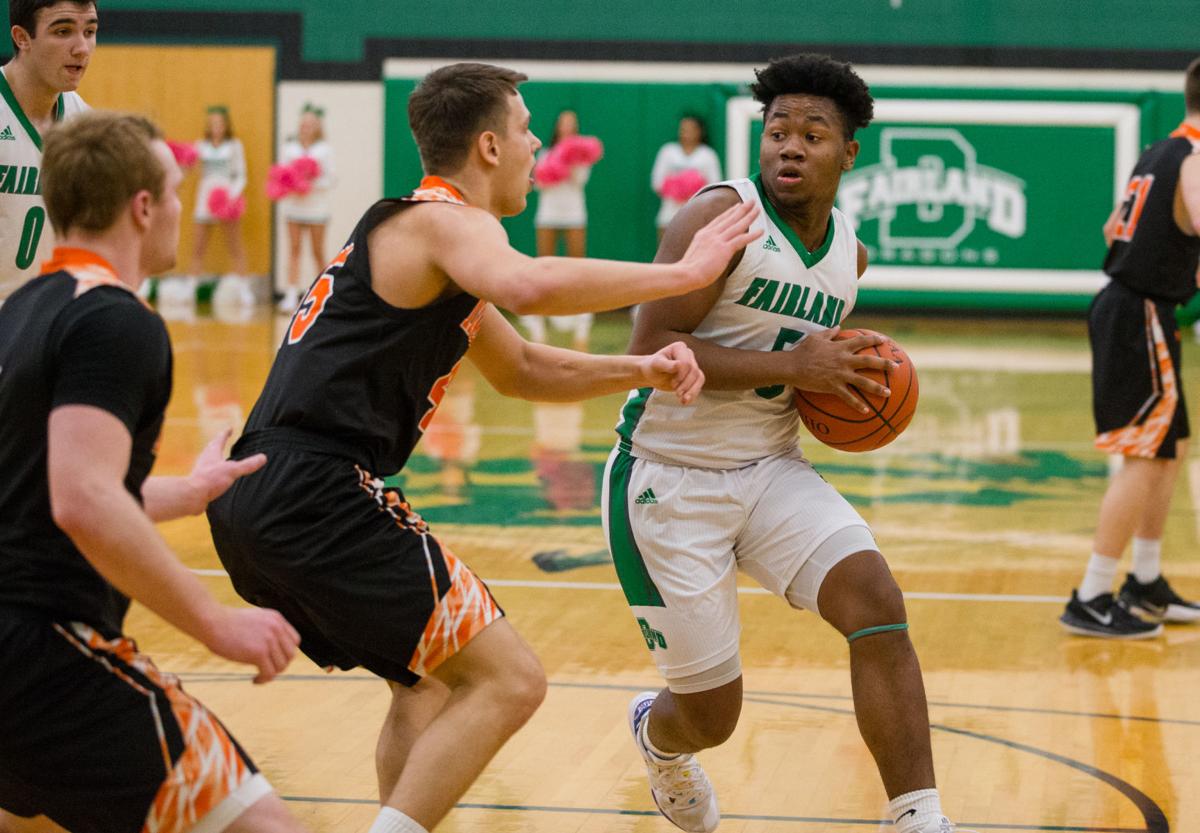 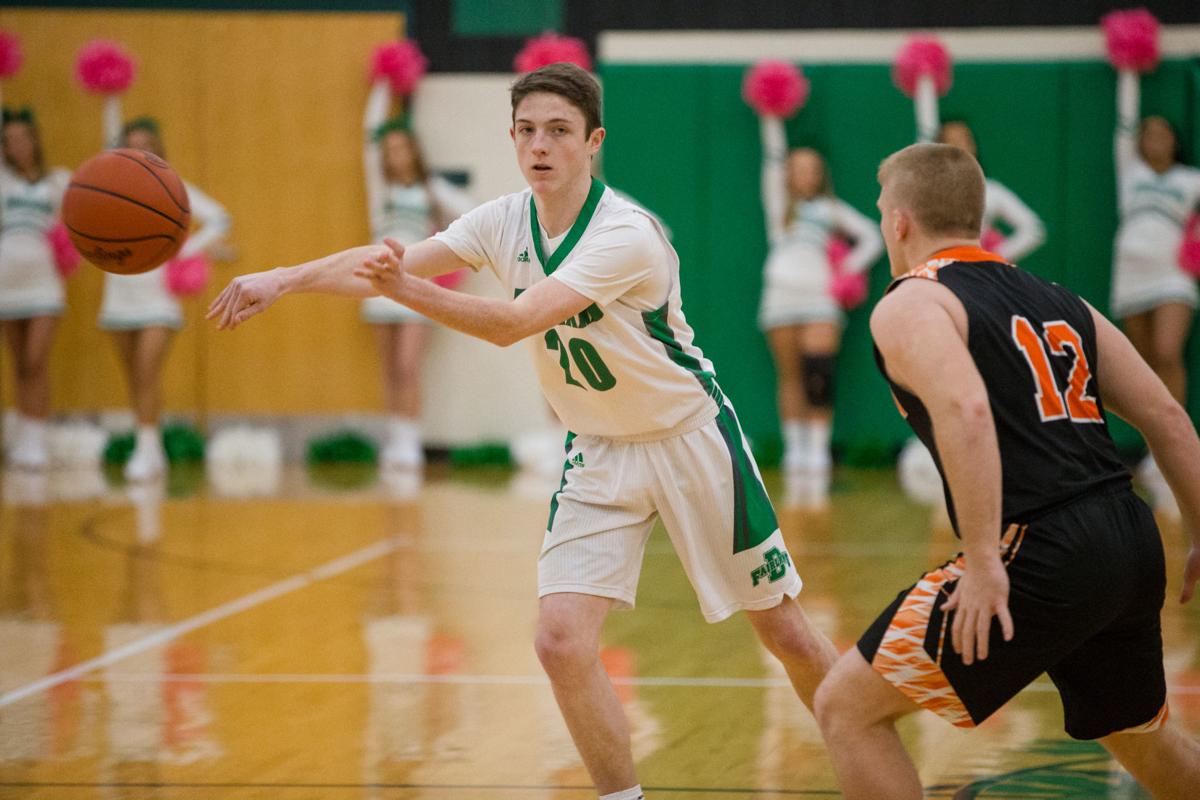 Fairland's Mason Manns (20) makes a pass as he is guarded by Ironton's Jordan Grizzle (12) during a high school boys basketball game on Friday, Feb. 14, 2020, at Fairland High School. 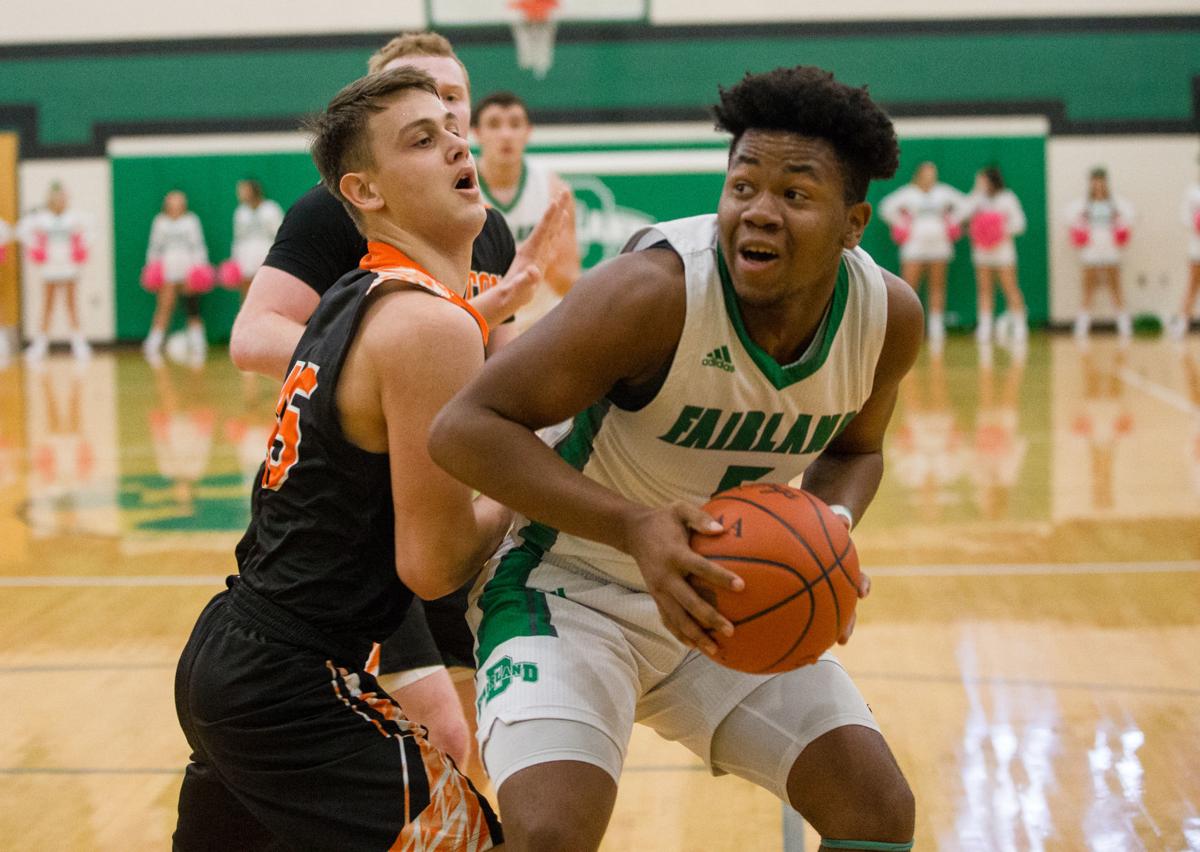 Fairland's Mason Manns (20) makes a pass as he is guarded by Ironton's Jordan Grizzle (12) during a high school boys basketball game on Friday, Feb. 14, 2020, at Fairland High School.

Fairland can secure its fifth straight outright OVC title with a victory at 7:30 p.m. Saturday at Rock Hill. The Dragons entered Friday’s play with a one-game lead over Chesapeake (18-3, 12-2), which defeated South Point 57-35.

Ironton (10-9, 8-6) led much of the sloppy first half, going ahead by as many as seven points after a free throw by Reid Carrico, who scored a team-high 11 points, made it 15-8. Aiden Porter, though, sandwiched a 2-point shot and a 3-pointer around a Trent Hacker free throw to pull Fairland within 16-13. Zander Schmidt then came off the bench to hit a 3-pointer and tie it 16-16.

Hacker, who scored 10 points, gave the Tigers the lead back at 18-16 when he scored off an offensive rebound with 42 second left before halftime. Jacob Polcyn, though, scored off a runner with 16 seconds remaining in the half to tie it 18-18. The basket was Polcyn’s only one in the first half. He scored 10 in the second half, though, to tie Clayton Thomas for game-high honors with 12 points.

The Dragons took control in the third quarter, beginning with a 10-3 run that included five points from Polcyn, a 3-pointer from Thomas and a 2-point basket by Gavin Hunt to make it 28-21.

“You get down four or six points against them, it’s like 12,” Ironton coach P.J. Fitch said. “I was pleased with our first half, but not our second half. All around, not a very good effort against a very good team.”

Carrico made four consecutive free throws to pull Ironton within 28-25, but Schmidt and Thomas hit back-to-back 3-pointers to close the period with Fairland ahead 34-25. From there, the Dragons did what they’re noted for doing — steadily pulling away, using an opportunistic defense to create turnovers and a patient offense that led to open shots.

Trent Milleson made a free throw to start the fourth quarter to bring the Tigers within 34-26, but they never moved closer. Gavin Hunt’s basket started a 10-2 run by Fairland to push the lead to 44-28.

The victory was the Dragons’ ninth in a row over Ironton and their 67th in their last 69 OVC games.

The Tigers play at Spring Valley at 7:30 p.m. Saturday, marking their fourth game in five days.