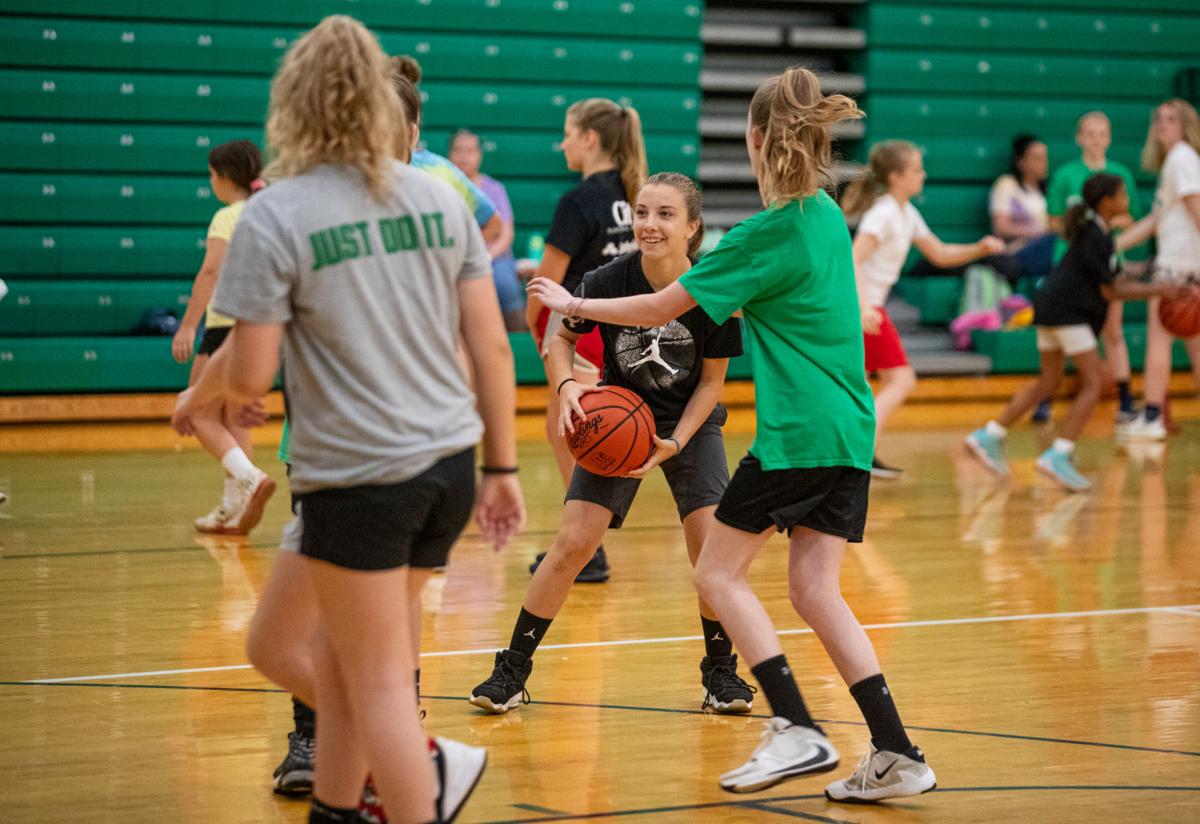 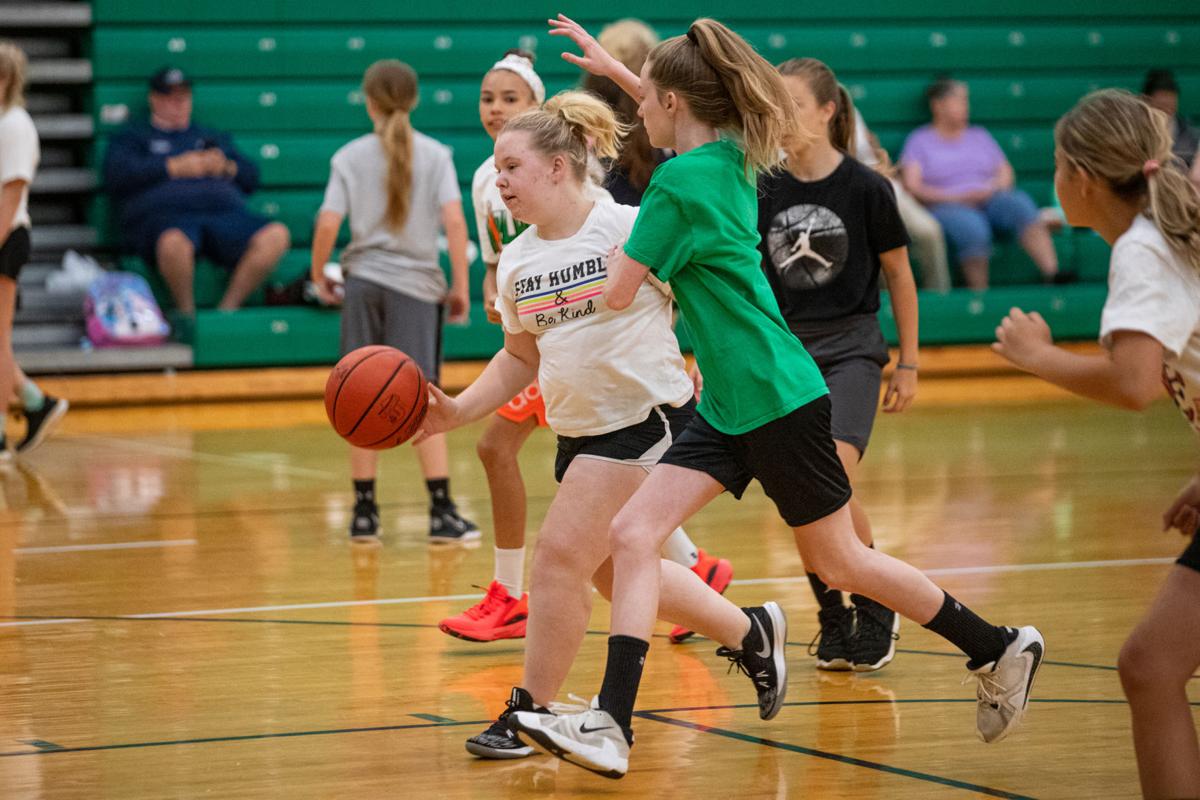 “Everybody who was good was at the Y,” Buchanan said. “I thought, ‘can we create that for girls at Fairland?’ If you want to be good, come here. That doesn’t mean come to school here, but come compete here. It’s going to help you and your team. Not all the kids at the Y go to Huntington High. It benefited Brody greatly. That’s what we’re trying to do with girls here.”

Come they have. Fairland’s camp attracted 85 players last week and likely would have approached 100 had Cabell County not still been in school. Players from Lawrence and Gallia counties participated last week.

Buchanan has operated the camp for 12 years, missing in 2020 because of COVID-19. The fewest number of campers he’s had was 65, with 91 being the largest.

“I’d say 25 percent or more are from other schools,” Buchanan said, acknowledging that he likely is training players his Dragons will face in the near future.

“We’re pro player above anything, really we are,” Buchanan said, adding that he doesn’t care if a player is from the Fairland district or a rival’s. “Whether it’s open gyms or camps, it helps the kids playing good competition. It helps the game. We want kids to succeed. Some of my favorite kids here don’t go to Fairland. The relationships built through the camp and our fall and winter leagues, sure I have an affinity for the Fairland kids, but we’ve built relationships with the kids and parents from other districts.”

Former Fairland stars Emily Chapman and Allie Marshall of Cedarville University, and Kelsie Warnock of Marietta College, were among those who worked the camp. Youngsters said they looked up to those women.

“They’re teaching us stuff that we can better at,” camper Ava Layne of Fairland West Elementary said. “I’m working on my ballhandling here. I’ve been wanting to work on that and have gotten better at it and passing.

How to play defense, how to make moves. I love basketball because you can have fun and experience new things.”

Fellow elementary student Isabella Short said she has seen her game improve in the week she has been in camp.

Short said this is the third time she has attended Fairland’s camp.

“I can practice more dribbling and get better at shooting,” Short said. “I like it because they help me do more. I’ve learned to dribble between my legs.”