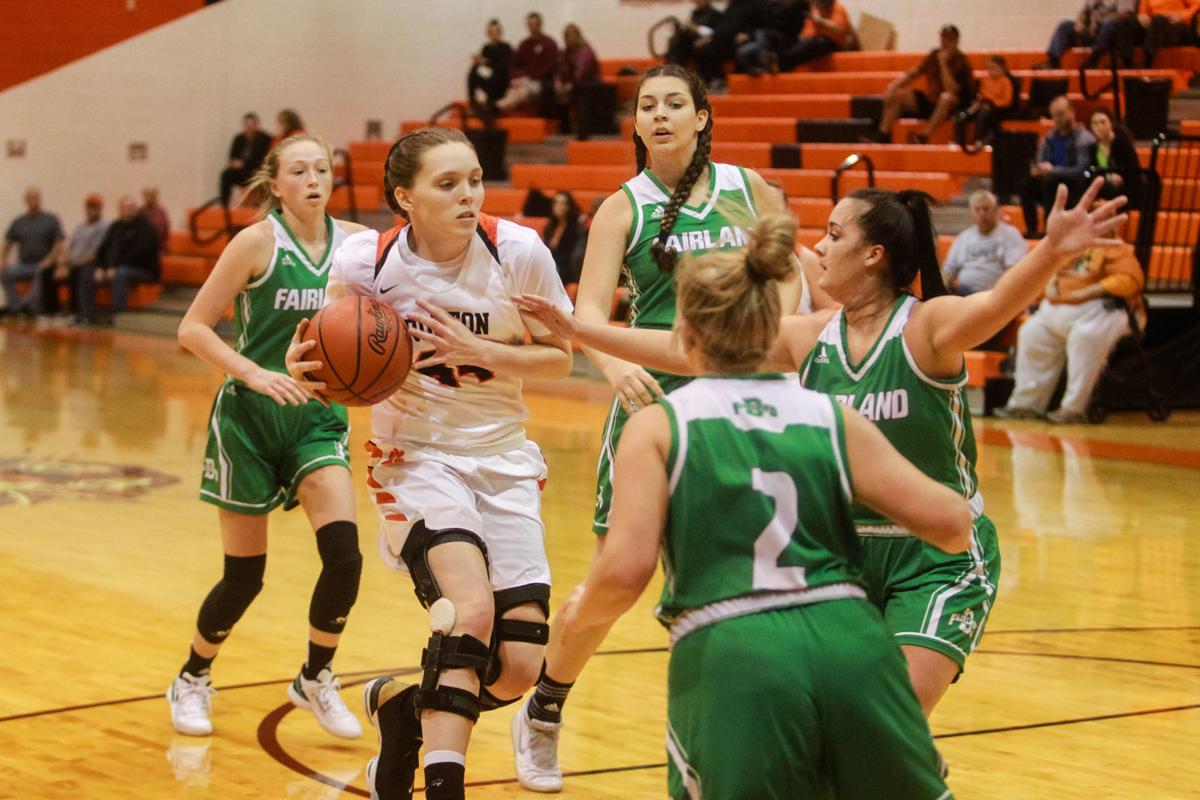 Ironton's Lexie Arden (44) charges up to the net as the Fairland High School girl's basketball team takes on Ironton High School on Monday, January 6, 2020, in Huntington. 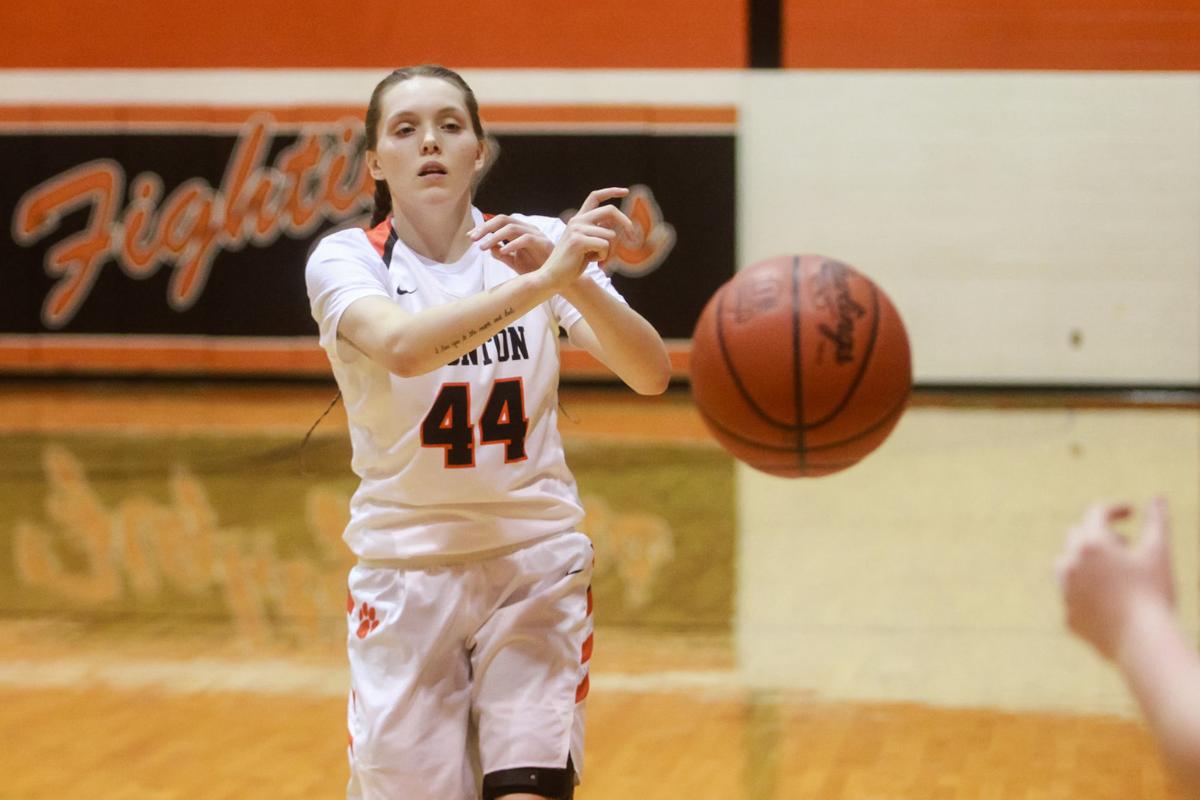 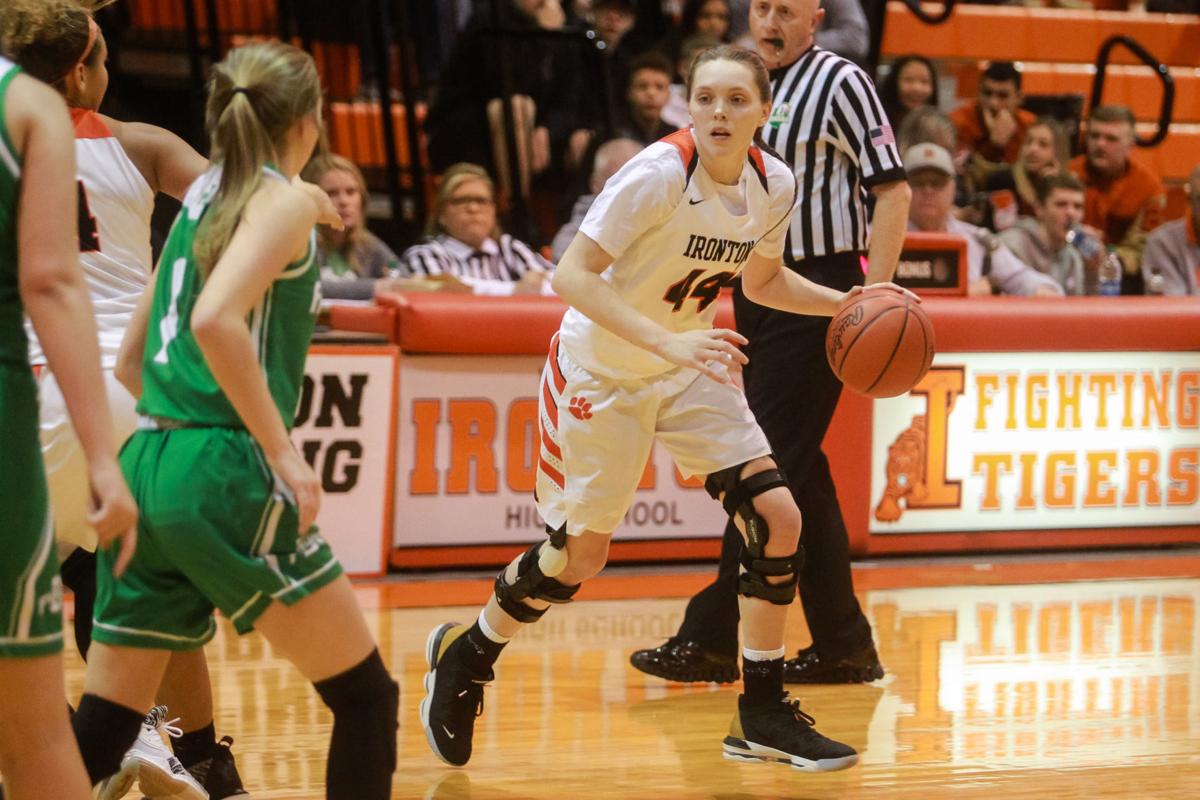 Ironton's Lexie Arden (44) charges up to the net as the Fairland High School girl's basketball team takes on Ironton High School on Monday, January 6, 2020, in Huntington.

Instead, this time Dragons coach Jon Buchanan watched his squad rally from a 33-26 deficit early in the final quarter to eke out the win, 38-36, over Ironton on a clutch late basket by Jenna Stone and some stifling defense in the final 6.8 seconds at the Conley Center.

“We’re always faltering at the end,” Buchanan said. “We’re down, I tell the girls be mentally tough, play to win. We finally got it done.”

Fairland’s Harlie Lyons scored with 1:10 to play to tie the game at 36-36. After an Ironton turnover, the Dragons worked the clock for a final shot. Stone, a senior guard, went back door, got the feed and scored with 7.6 seconds left to put the visitors ahead for good.

After a timeout, the Tigers had a difficult time getting the ball in to Lexie Arden and eventually called another timeout at halfcourt with 1.4 seconds left. After that break, Fairland’s defense forced a five-second call. The Lady Dragons then got the ball in and time ran out.

“Five second call was great,” Buchanan said. “Icing on the cake. They got 18 points in the third period. Outside that we played good defense.”

On its go-ahead basket, Fairland ran through its offensive set time and again until Stone came free.

“We got what we wanted,” Buchanan said.

“We gave ourselves a chance,” Buchanan said.

“They make three big plays down the stretch,” Graham said. “Two threes and a backdoor. We didn’t rotate.”

As for Fairland making it difficult on the home team in the final seconds, Graham had the answer.

“They defended it well. It’s a testament to their defense,” he said.

“We were not ready to play. That’s on the coach.”

Ironton had 18 first-half turnovers, 22 for the game, and the score was tied 3-3 after one period. Buchanan said there’ll be more work on free throws as Fairland made 6 of 15.