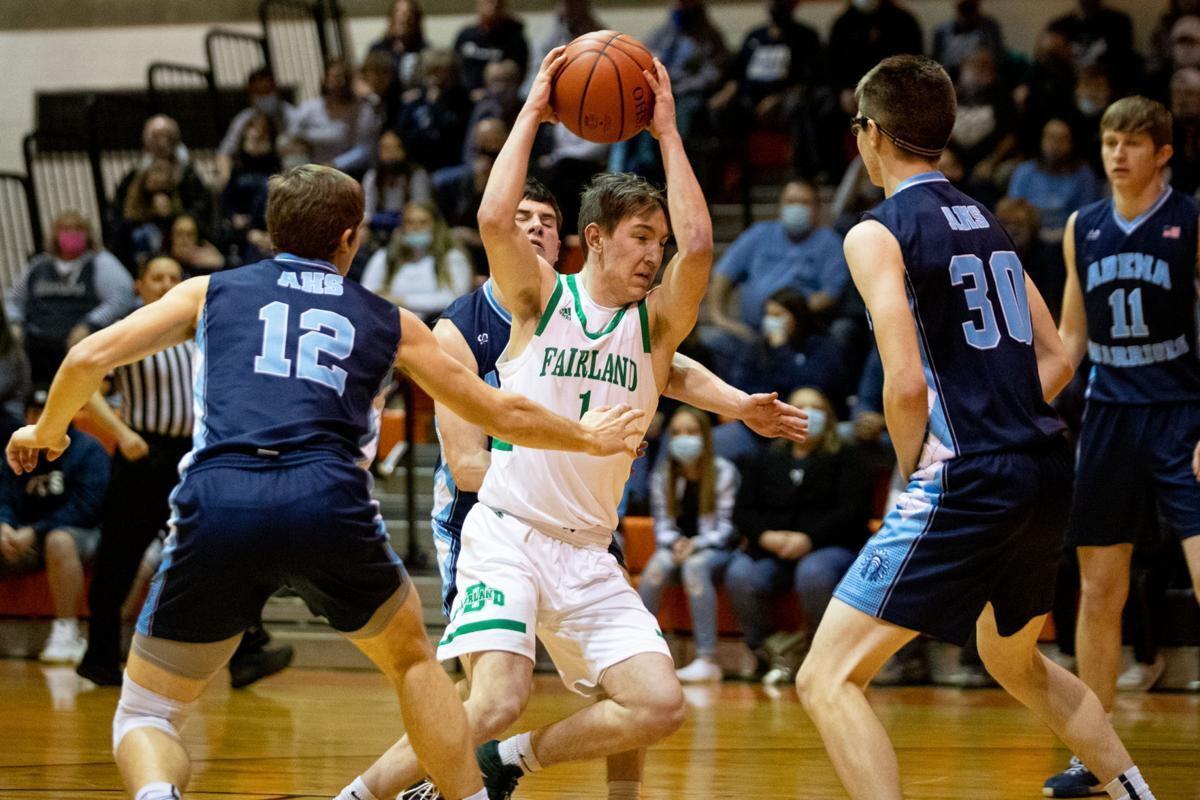 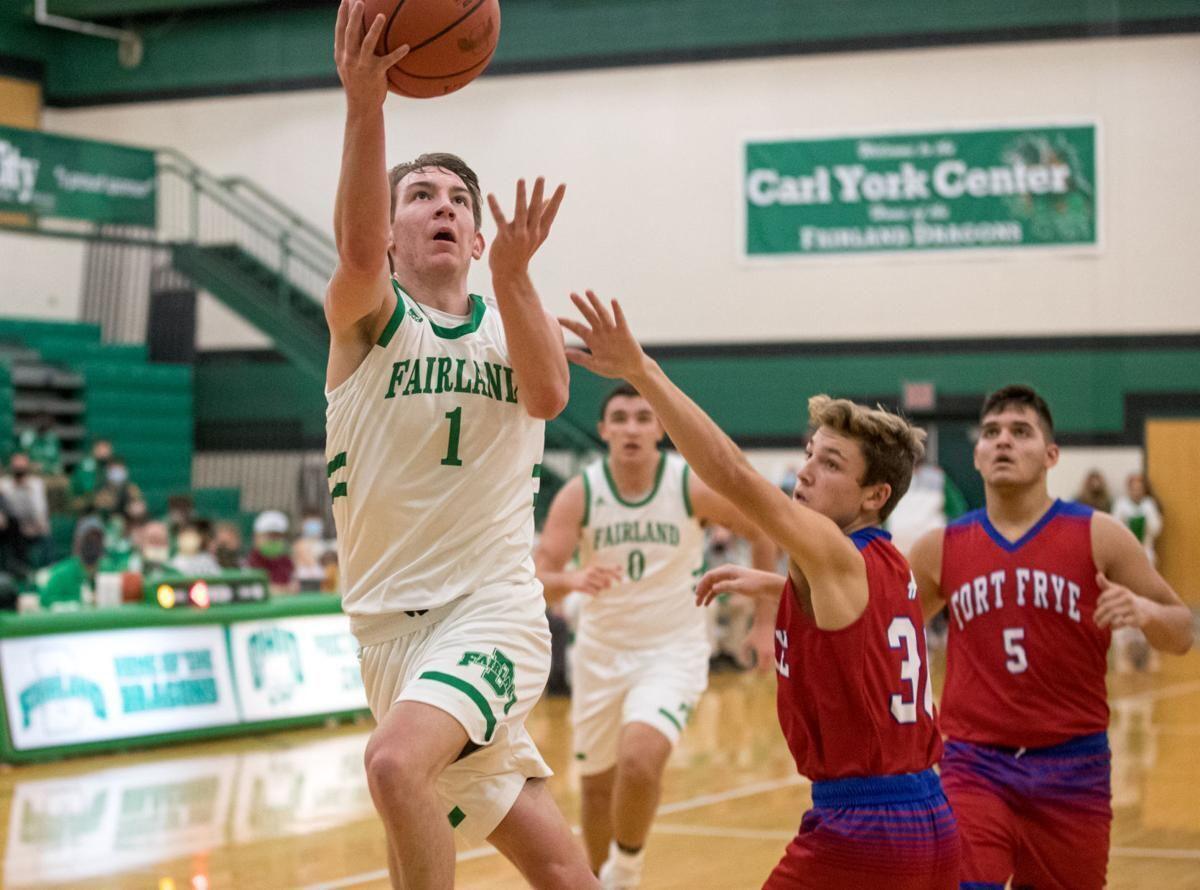 Fairland's Aiden Porter drives for a layup against Fort Frye on Dec. 13 at the Carl York Center in Rome Township, Ohio.

Fairland's Aiden Porter drives for a layup against Fort Frye on Dec. 13 at the Carl York Center in Rome Township, Ohio.

Porter was one of several local players honored on various levels of the squad.

The 6-foot-1 junior guard averaged 22.2 points, 4.2 rebounds, 3.0 steals and 3.0 assists per game last season in helping the Dragons to a 20-5 record and the Elite Eight, as well as to their sixth consecutive Ohio Valley Conference championship. Porter was regarded as one of the state’s better defenders, often being assigned to opponents’ leading scorer.

Porter surpassed the 1,000-point mark on Feb. 6 during a 35-point performance in a 71-34 victory over Rock Hill. The Southeast District player of the year, Porter is on pace to become the program’s all-time leading scorer.

In Division IV, Kyle Sexton of New Boston was named player of the year. The 6-5 senior averaged 21.4 points per game to lead the Tigers to the state championship game. Quentin Rogers of Richmond Heights and Josh Sagester of New Madison Tri-Village shared coach of the year honors.