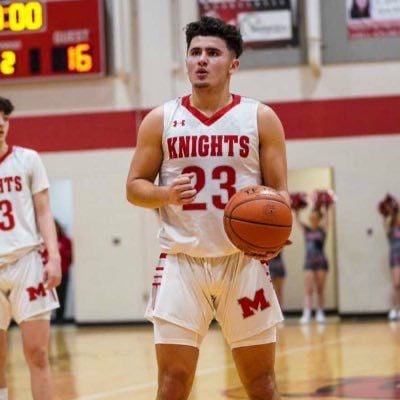 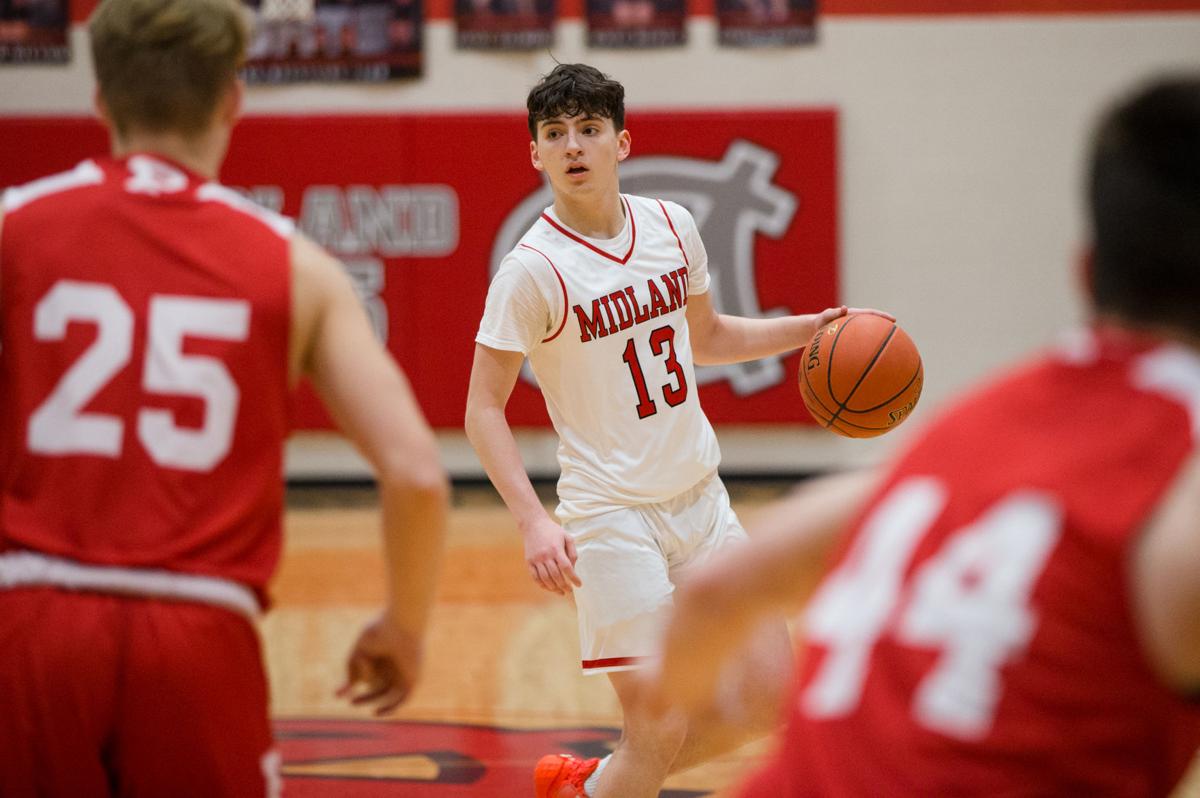 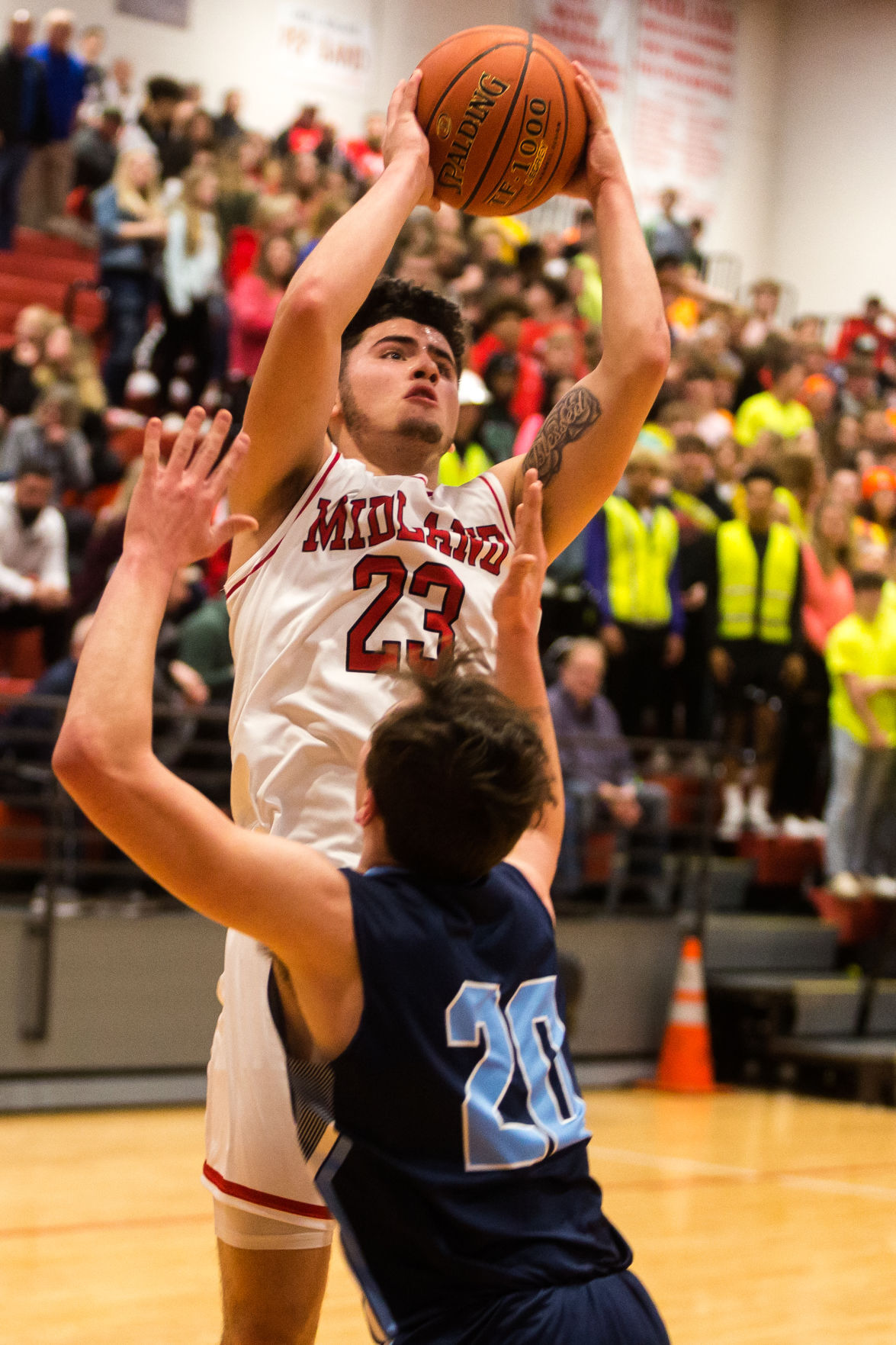 Cabell Midland's Chandler Schmidt (23) goes up to shoot over top of Spring Valley's Jace Caldwell (20) as the Spring Valley Timberwolves take on the Cabell Midland Knights during the Class AAA, Region IV, Section 2 championship game on Friday, March 6, 2020, in Ona. 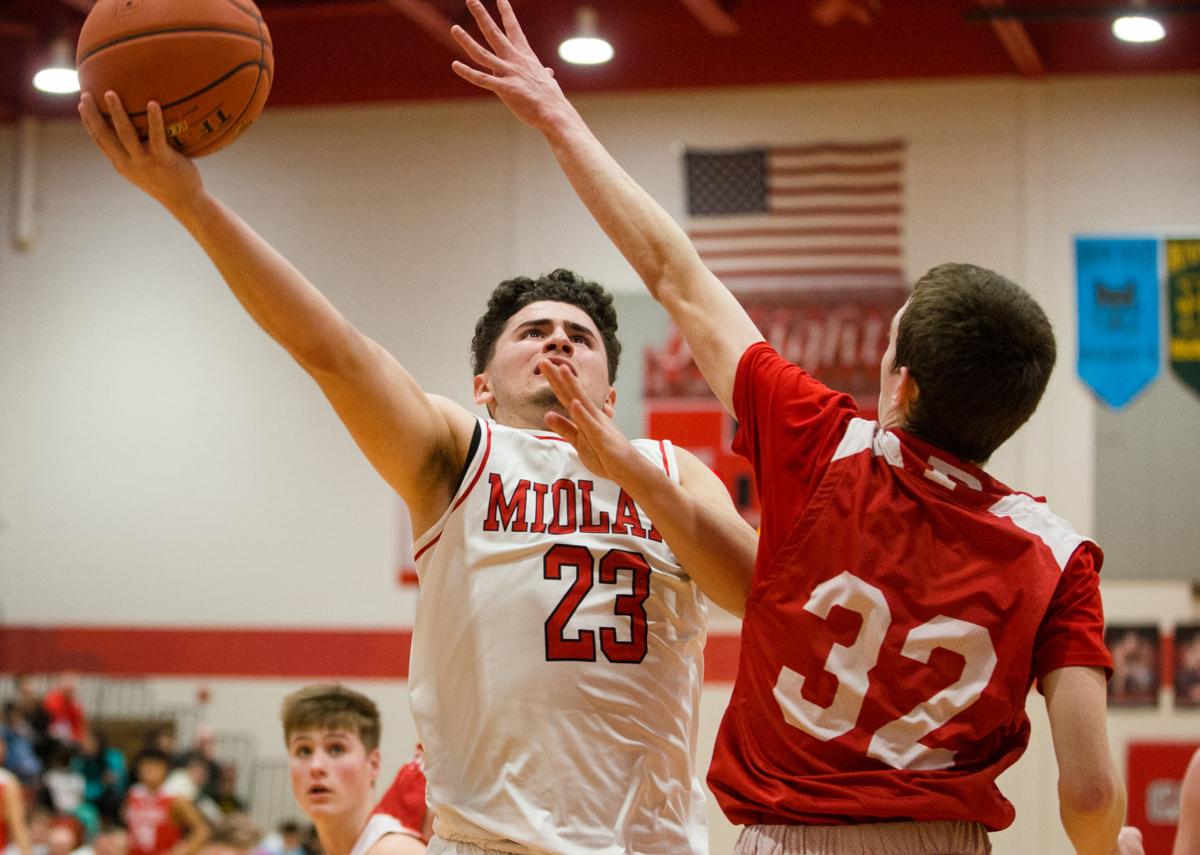 Cabell Midland's Chandler Schmidt (23) goes up to shoot over top of Spring Valley's Jace Caldwell (20) as the Spring Valley Timberwolves take on the Cabell Midland Knights during the Class AAA, Region IV, Section 2 championship game on Friday, March 6, 2020, in Ona.

ONA — Have no fear, spend some time watching the Schmidt brothers play at Cabell Midland and you come to the same conclusion about both of them — they compete with a certain flair.

Some might call it toughness, others cockiness. But one thing’s for certain — they never back down.

Perhaps that’s why Chandler Schmidt, entering his junior season, is already becoming one of the state’s most-decorated players. Last season, he averaged a team-best 17.8 points, led the Knights into the Class AAA state tournament for a second straight season and was selected to the All-State first team. Younger brother Dominic Schmidt, also a guard, averaged 11.8 points in his freshman season and displayed unlimited shooting range.

Cristina Schmidt, their mother and also a Cabell Midland assistant coach to J.J. Martin, said she instilled that chip-on-the-shoulder playing style to her sons at an early age.

“One thing I’ve always said to them as players,’’ Cristina Schmidt said, “is to not ever show any kind of fear. I’ve said that to all our players this year. Don’t ever let anybody see you play timid. When [opponents] see that, they know how they can play against you. I want my boys playing tough and I’ve told them, ‘Don’t ever feel like somebody’s better than you.’ Go at it hard, go at it strong.’’

That attitude has worked so far for her sons, who helped the Knights go 21-4 this past season and earn the No. 4 seed for the state tournament, which was shut down by COVID-19. Cristina Schmidt, who also serves as one of the trainers for her sons, has an extensive coaching background, including a stint as the head women’s coach at Calumet College in Indiana.

Cristina Schmidt realizes there occasionally can be limits for her sons’ strong-willed style.

“Sometimes, it gets a little too much,’’ she said, “and I’ll have to go [tone it down]. But I love the way they come out with good confidence. People say to me sometimes, ‘Don’t you think they’re too cocky?’ I think it’s confidence, and sometimes I feel like you can’t give that to kids. They have it enough to know they can play the game.

“I think we instilled that into our team this year, and it came out pretty good.’’