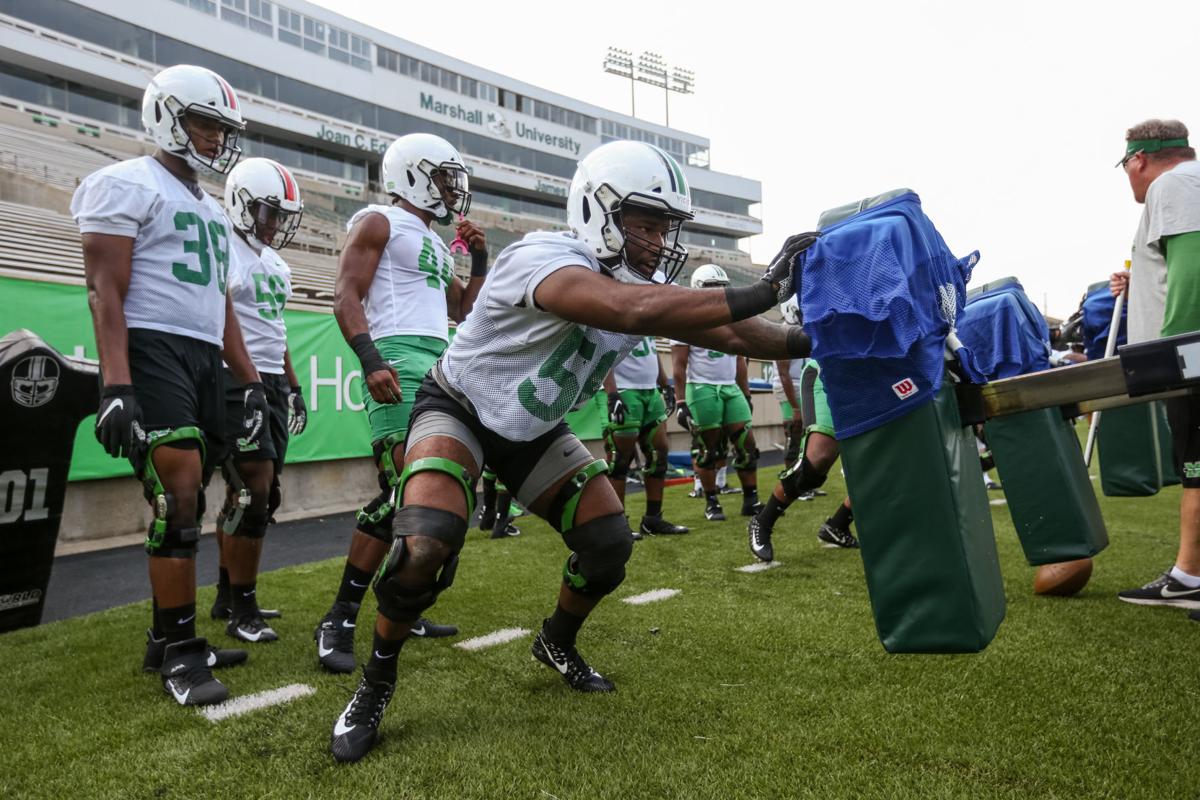 Marshall defensive lineman Koby Cumberlander works through a drill during the team’s first practice of the season on Aug. 2, 2019, at Joan C. Edwards Stadium in Huntington. 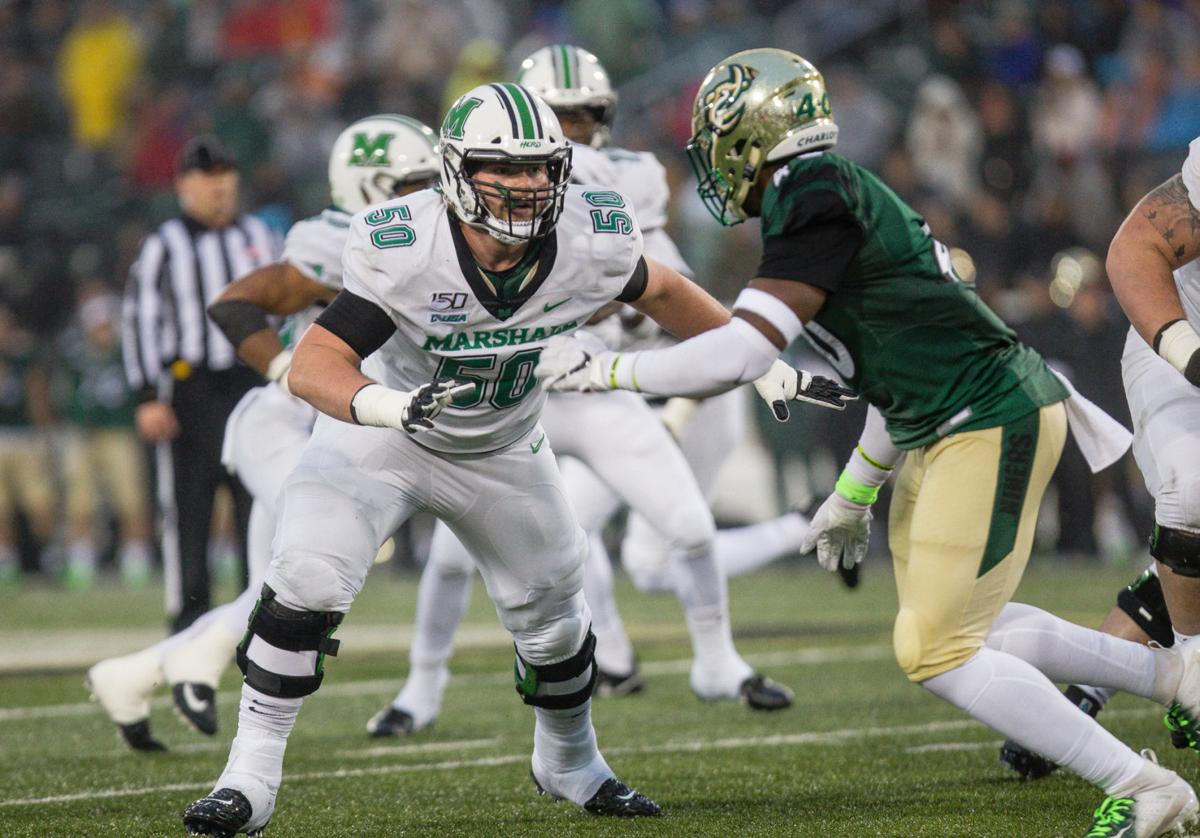 Marshall offensive lineman Will Ulmer (50) blocks against a Charlotte defender during a C-USA football game on Nov. 23, 2019, at Jerry Richardson Stadium in Charlotte, N.C. 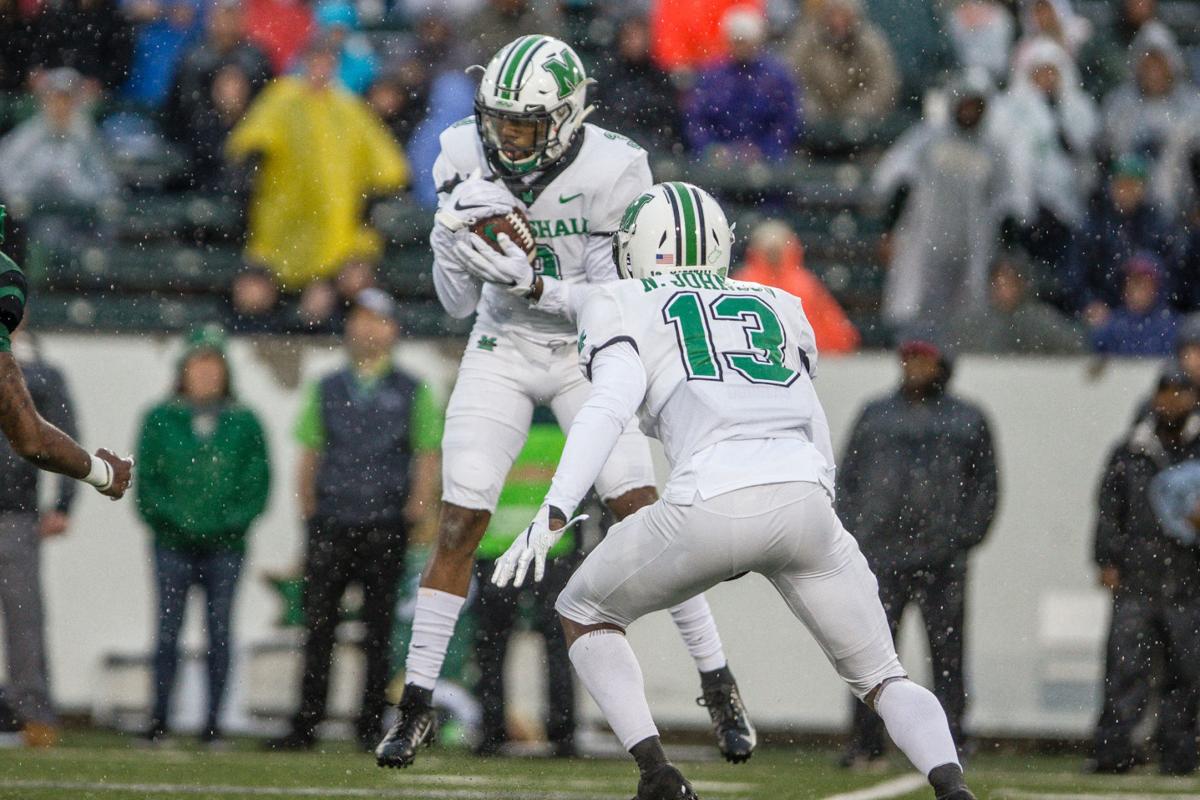 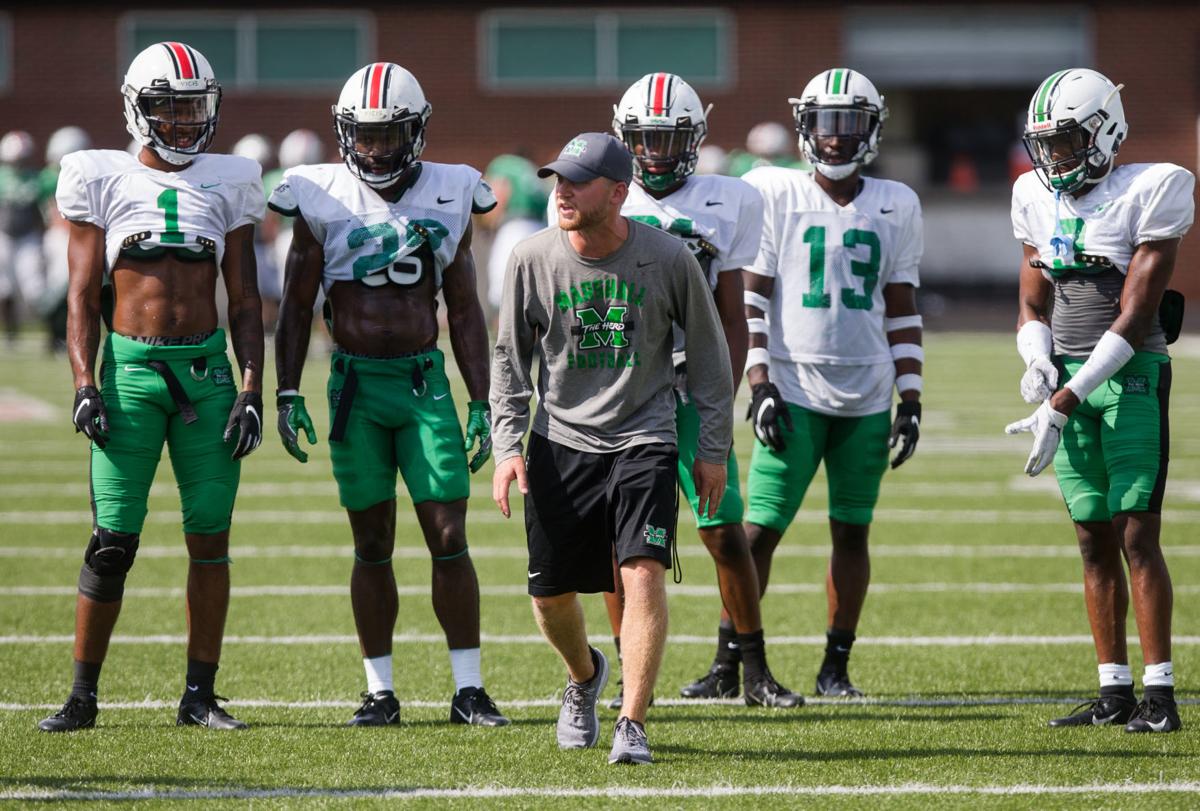 Marshall defensive lineman Koby Cumberlander works through a drill during the team’s first practice of the season on Aug. 2, 2019, at Joan C. Edwards Stadium in Huntington.

Marshall offensive lineman Will Ulmer (50) blocks against a Charlotte defender during a C-USA football game on Nov. 23, 2019, at Jerry Richardson Stadium in Charlotte, N.C.

HUNTINGTON — By now, Marshall’s football players are headed back toward Huntington to start a mandatory self-quarantine before they can initiate voluntary workouts, which start June 1.

Wednesday’s decision by the NCAA to let a moratorium expire for on-campus activities cleared the way for voluntary workouts to begin June 1 for Division I student-athletes in football, men’s basketball and women’s basketball.

However, Marshall Athletic Director Mike Hamrick said that, at this time, only football players will be returning to Marshall’s campus.

“Right now, we are bringing back football,” Hamrick said. “Once we get it lined out, we will start to address all our other programs.”

With players now returning, Marshall’s football staff can finally start to see some light at what was once a dark tunnel for the start of their 2020 season.

Marshall is slated to open the 2020 season at East Carolina on Aug. 29 in a game that was moved up to the NCAA’s “Week Zero” just three weeks before the COVID-19 pandemic knocked out all sports.

With a daunting timeline, Marshall’s ability to get its football players back into the weight facility in preparation for the 2020 season was paramount.

While it remains to be seen if the 2020 season will start on time or if there will be changes made, Marshall head coach Doc Holliday said on Thursday that he is appreciative of the efforts made to be ready should the season go on as planned.

“Mike Hamrick, his staff and our team doctors have worked tirelessly to come up with a plan to safely bring our players back to campus,” Holliday said. “I appreciate everything they have done. I know our players are excited to get back to work.”

The ability for football to get the 2020 season in is seemingly growing closer to a ‘when’ prospect, instead of an ‘if’ scenario as it was once thought just weeks ago.

West Virginia athletic director Shane Lyons, who is also the chairman of the Football Oversight Committee, remained optimistic about the 2020 season getting underway on time during a virtual roundtable on the NCAA’s social media account this week.

“I’m going to remain optimistic, guys,” Lyons said. “I don’t have the crystal ball — I wish I did — but as I said earlier, a lot has changed in the first 60 to 65 days and I think there’s going to be a lot changing. I think we have to start making decisions on the season before July, mid-July, obviously, at the latest — and I think that starts shifting it — if it’s going to be a delayed season, what that looks like....

“I don’t think it’s going to be the normal — the 60,000 to 100,000 fans — if we start playing on Sept. 5. It’s going to look different from that perspective, but I’m still optimistic there’s a chance that we’re playing football, come September.”

Last month, USA Today used university financial reports to determine that, if there is no college football in 2020, Power Five programs stand to lose $4.1 billion in revenue — and that doesn’t even take into account Group of Five schools which make up nearly half of the FBS-level football programs.

Now, the process has shifted more toward what is the most feasible way to implement a season to balance the health and wellness of student-athletes, along with the financial health of the universities involved.

Some of the recommendations touched on include having the season go on as normal, shortening the non-conference portion of the season, splitting the season into fall and early spring and just moving it completely to spring.

“I think there are a lot more logistical problems with (spring) than trying to get it completed in the fall,” Lyons said.

Hamrick, who is also on the Football Oversight Committee with Lyons, said the information in regards to COVID-19 is changing daily, so nothing is certain, but Marshall is making preparations for every possible scenario.

“Getting players back for voluntary workouts was the first step in the process,” Hamrick said. “We’ve been planning for this for weeks and we’re as ready as anybody for it.

“We’re working daily on every contingency that could happen this fall. This was the first one to address and get done and it is in progress. Now, we are moving forward to prepare for other contingencies.”

When do you think the 2020 college football season will be played?