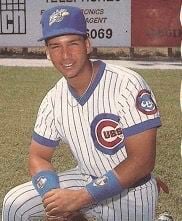 Rolando Fernandez was an outfielder with the 1990 Huntington Cubs. 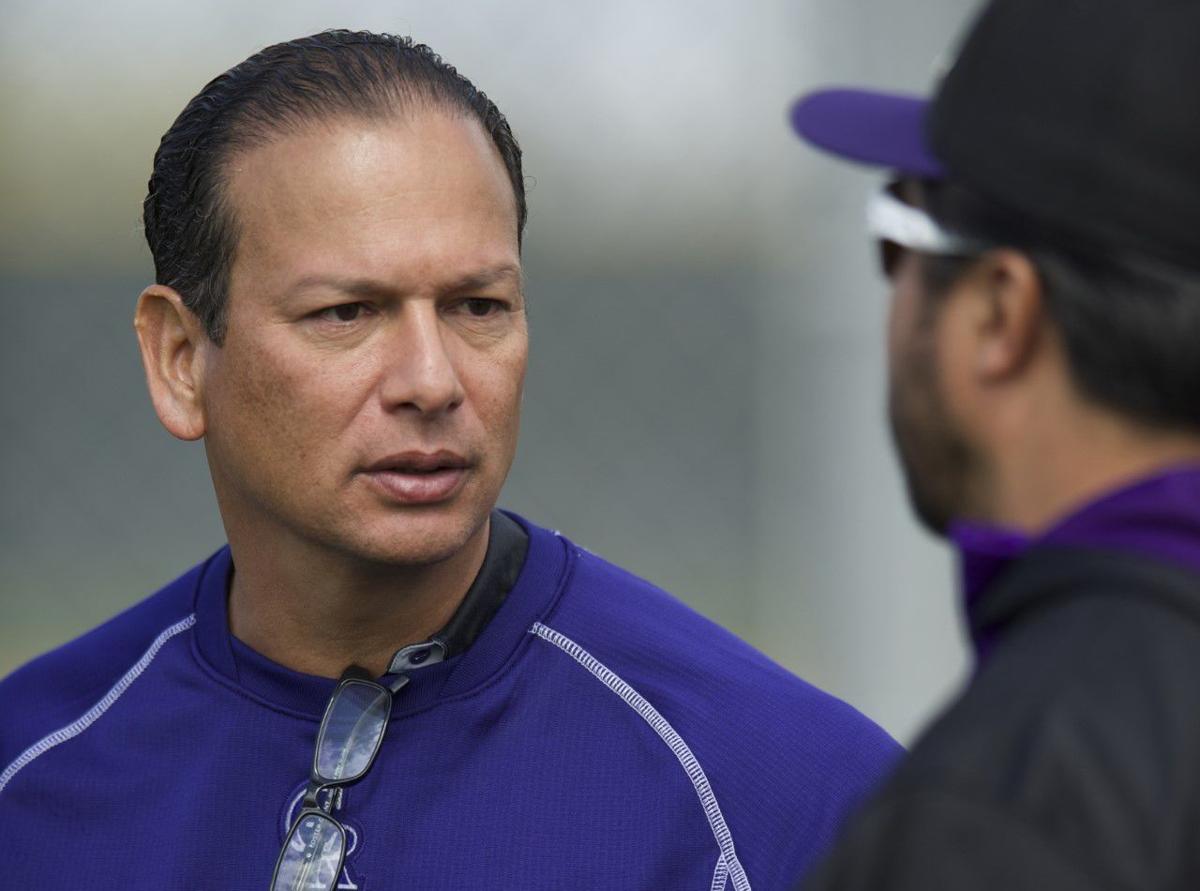 Colorado Rockies Vice President International Scouting and Development Rolando Fernandez talks with a coach during a workout at the team's minor league complex near Scottsdale, Arizona. Fernandez played for the Huntington Cubs in 1990.

Rolando Fernandez was an outfielder with the 1990 Huntington Cubs.

Colorado Rockies Vice President International Scouting and Development Rolando Fernandez talks with a coach during a workout at the team's minor league complex near Scottsdale, Arizona. Fernandez played for the Huntington Cubs in 1990.

The club was popular in its five years in the city, drawing crowds among the leaders in the Appalachian League. A lack of suitable facilities and the Chicago Cubs’ desire to consolidate minor league operations, however, led to the franchise’s demise.

Following is a story that is part of a series The Herald-Dispatch will run this summer looking back at the Huntington Cubs:

HUNTINGTON — Rolando Fernandez never made it to the Major Leagues as a player, but the former Huntington Cubs outfielder has become one of the more-respected people in all of baseball.

Fernandez, who played in Huntington in 1990, is the Colorado Rockies vice president in charge of international scouting and development. He is beginning his 28th season in the Rockies organization after a three-year minor league career in the Cubs chain.

Fernandez, 53, is responsible for signing some of Colorado’s all-time great Latin American players, including Ubaldo Jimenez, Jhoulys Chacin, Esmil Rogers, Franklin Morales, Manuel Corpas, Raimel Tapia, Carlos Estevez and Antonio Senzatela. Fernandez once was in their position. Chicago selected the native of Puerto Rico out of Northwestern State University in the 45th round of the 1990 MLB Draft and sent him to Huntington, where he hit four home runs, drove in 20 and batted .252.

While many Latin American players must adjust to being patient at the plate, Fernandez was stellar at taking walks — 27 against 21 strike outs in 1990 — leading to a sparkling .403 on base percentage to go with a .450 slugging percentage. Those skills took him as far as High-A ball before he switched from playing to scouting.

“I enjoyed Huntington,” Fernandez said. “The people were very nice there and it was a fun place to play. I remember staying in the dorms at Marshall University and the crowds at the games were great.”

After being released by the Cubs, Fernandez hooked on with the Rockies as a rookie ball coach in 1994. In just six years, he worked his way all the way up to director of Latin American operations. Fernandez is well known, well liked and respected in Puerto Rico, the Dominican Republic, Venezuela, Panama, Colombia, Mexico and any other country where baseball is played.

“He’s known in the Dominican as one of the best guys out there, somebody you can trust,” Jimenez told The Denver Post. “He doesn’t do it just for the money; he does it because he loves baseball.”

In 2005, the Rockies honored Fernandez as the Rockies’ Herb Hippauf Scouting Award recipient, presented annually to the individual who exemplifies loyalty, dedication, honesty and a commitment to doing what is in the best interest of the Colorado Rockies.

Fernandez is adept at finding talent, but understands that much more goes into producing a player than finding a 16-year-old with talent. Plucking a future big leaguer off a sandlot field isn’t easy.

“There’s a belief that the players play a lot of baseball in the Dominican before they sign,” Fernandez said. “They do, but they don’t play a lot of organized baseball, so once you sign them and get them in the complex, that’s when the teaching starts.”

Fernandez looked at outfielder Raimel Tapia and saw a swing that reminded him of Rod Carew. He saw Jimenez throw and was sold that the Rockies had to have him. Now, prospect Yonathan Daza has a chance to be the next prize in Fernandez’s prospect bag.

Developing international players greatly differs from coaching up players from the United States. The players are younger, often signing at 16 after being identified as prospects two or even three years earlier. Few international signings go directly to rookie complex leagues in Arizona or Florida, instead playing in the Dominican Rookie League, where the Rockies field two teams. Some play in the Tricky League, a somewhat less organized offseason league some of the perceived better prospects participate in to jump start their careers.

“We give them a player plan,” Fernandez said. “We identify their strengths and what we think they should work on when they go home. We want them to take some time off, but we want them to make sure they’re working, too.

Fernandez said he would like to return to Huntington some day, even though St. Cloud Commons, where the Cubs played, is gone.

“It was a good place to start my career,” Fernandez said of Huntington. “I have good memories of there.”