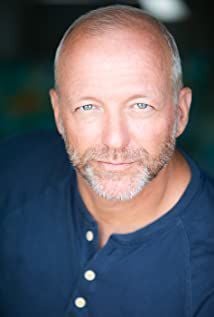 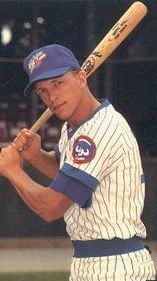 Ken Arnold, a shortstop with the 1991 Huntington Cubs, now is a successful actor who has appeared in more than 80 movies and television shows.

Ken Arnold, a shortstop with the 1991 Huntington Cubs, now is a successful actor who has appeared in more than 80 movies and television shows.

The club was popular in its five years in the city, drawing crowds among the leaders in the Appalachian League. A lack of suitable facilities and the Chicago Cubs’ desire to consolidate minor league operations, however, led to the franchise’s demise.

Following is a story that is part of a series The Herald-Dispatch will run this summer looking back at the Huntington Cubs:

HUNTINGTON — Ken Arnold discovered that great range is an asset in baseball and acting.

“I tell actors, there’s only one you,” Arnold said. “If you’re good, you’ll get hired. It’s like baseball. What was instilled in me in baseball was I learned you have to practice, work out and have sound fundamentals. The same is true in acting.”

Arnold was the starting shortstop with the 1991 Huntington Cubs minor league baseball team. A rookie Appalachian League affiliate of the Chicago Cubs, the H-Cubs played here from 1990 through 1995.

Now, Arnold works as an actor/director/producer with 84 acting credits. Arnold played the role of astronaut Buzz Aldrin in the movie “Men in Black 3.” Arnold also was in the motion picture “Abduction” and his favorite role was Nazi SS officer Max Hansen in the World War II film “The Wereth Eleven.”

“It was fun, but it was like playing Darth Vader,” Arnold said. “I kept thinking about the uniform, ‘I’ve got to get this thing off.’ When I’d walk on the set, people would get out of the way. It was an odd feeling to have that uniform on. It made me uncomfortable. It gave me a sense of being evil.”

Arnold used his athletic experience to his advantage in playing the SS officer role. Hansen was trying to motivate his troops for a must-win battle and Arnold, barking commands in German, drew on his memories of being motivated by fiery coaches to make the role more impactful.

Currently, Arnold is filming “A Comedy of Horors, Volume 1,” in which he plays Sheriff Skittles and also is a producer, a role he has filled nine times. Films “Hope’s Legacy” and “Sno Babies,” both of which he had roles, are in post production. Arnold is in 2021’s “Sins of the Priest.”

“Those shows do an excellent job,” Arnold said. “They’re like a machine. They know what they’re doing.”

Arnold said he would love to direct a baseball movie and has the makings of such a script.

“It would have Bill Murray as the manager,” Arnold said.

As close as Arnold has come to a baseball film was performing as Cal Ripken’s stunt double in a Bayer Aspirin commercial. The player diving for balls in the commercial was Arnold, who also played in the Baltimore Orioles and Texas Rangers organizations before retiring in 1999. Ripken is baseball’s all-time leader for consecutive games played with 2,632.

“We were out warming up, catching some balls and I dived for a few and Ripken asked me if I had played before. I said I had. He asked who I played for. I said the Orioles. He looked at me funny and asked what position. I told him shortstop, then I said, ‘ Yeah, some guy wouldn’t take a day off!’ He laughed at that.”

Signed as a free agent after a stellar career at Wagner College, Arnold was the H-Cubs’ best hitter in 1991, finishing with a .275 average. Arnold hit seven home runs, drove in 43 runs, reached base at a .336 clip, slugged .459 and stole eight bases, all team-best numbers on a club that batted an abysmal .218 for the season and finished with a 25-42 record.

Arnold’s name is scattered throughout the franchise’s top 10 categories. He tied Danny Montero and Steve Walker for the franchise record with four triples and his 16 doubles were second only to Jose Viera’s 22. Arnold’s seven home runs tied with former major leaguer Jason Maxwell, Mike Little and Ron Smith for fourth. Arnold tied Maxwell for ninth in games played, with 61. Arnold’s 63 hits are fifth-most in H-Cubs history and his 229 at bats ranked seventh. Arnold’s 43 runs batted in are second only to K.J. Ellis’ 48.

Acting became an option when Arnold realized he wasn’t going to make it to the major leagues and inquired about acting classes after seeing former New York Yankees farm hand Drake Hogestyn as an actor on soap opera “Days of Our Lives.”

“I know him and I thought, if he could do it I couldn’t be as bad as he was,” Arnold said with a laugh.

Arnold recounted fond memories of Huntington and said he was touched by the 2006 film “We Are ... Marshall.”

“I remember living in the dorms at Marshall,” Arnold said. “We played at St. Cloud Commons and the people were so welcoming and friendly. I’d never really been far away from home before and they made me feel welcome. I remember (Chicago Cubs instructor) Jimmy Piersall taking us to the spaghetti place (Jim’s Steak & Spaghetti House) downtown.”

Arnold and wife Maria have five kids. The youngest is 11.

Arnold said he stays in contact with former Huntington Cubs manager Steve Roadcap, now a scout with the Cincinnati Reds

“Roady calls me every now and then,” Arnold said. “He asks if there are any players here to scout or if there any camps going on.”