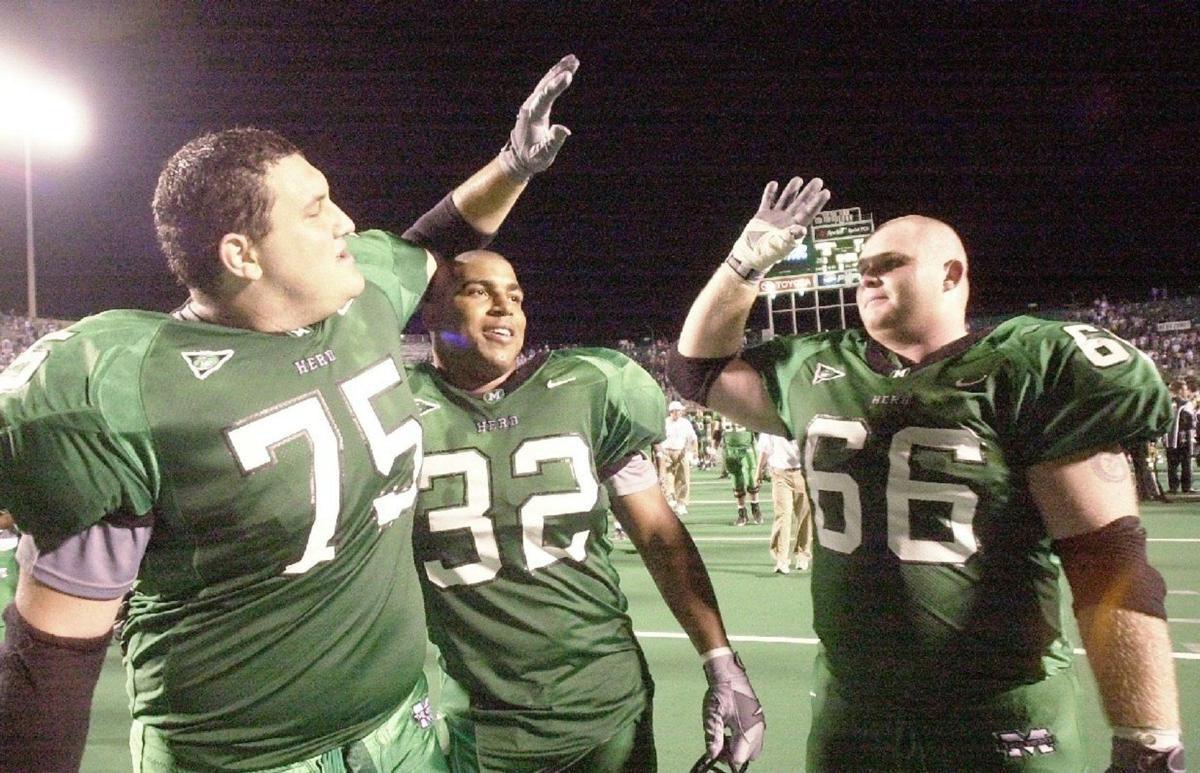 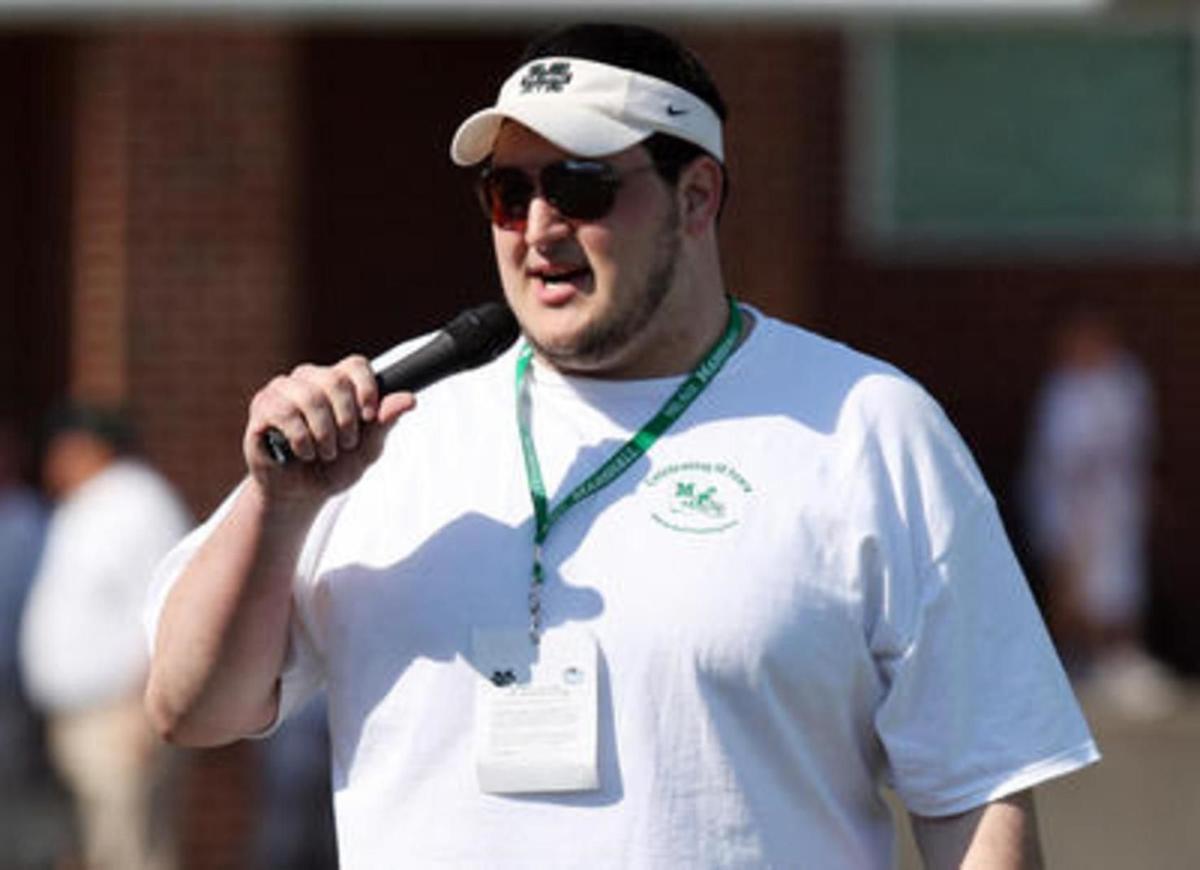 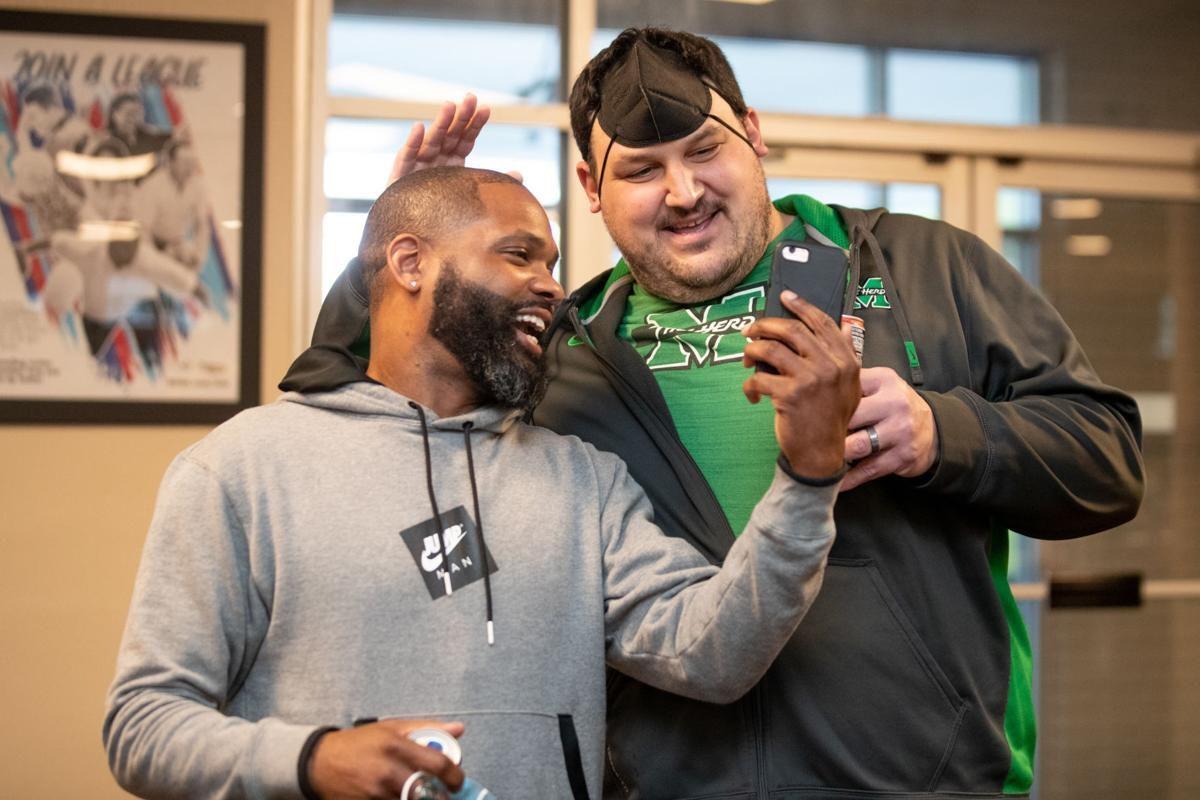 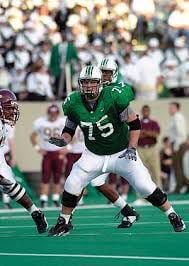 The former Marshall University and NFL offensive tackle is a safety and security specialist at Hampton High School in Allison Park, Pennsylvania, near Pittsburgh.

“I’m in the building with the kids and trying to get them better in day-to-day life and achieve something,” said Sciullo, a Pittsburgh native who starred for the Thundering Herd from 1999 through 2002. “It’s good to try to be a positive influence in their lives. It’s a good school, good academics, so I don’t really have a lot of problems. It’s good to be a presence in that building. They have different problems than other kids, especially with all this social media stuff. It’s a hassle for some of them.”

Not many intruders are likely to try to get past Sciullo, 42, who stands 6-foot-6 and weighs 330 pounds. He protected Marshall star quarterbacks Chad Pennington and Byron Leftwich during his college career and is even more adamant about the safety of the kids in his school. As a bonus, Sciullo is the offensive coordinator for the football team.

“I enjoy being able to be out there with the kids every day, coaching some football, coaching some track, working different events and helping them get through life,” Sciullo said.

Sciullo brings a wealth of football experience. A fourth-round draft pick of the Indianapolis Colts in 2003, he was one of just four rookies ever to start on the offensive line in franchise history. Sciullo went on to play for the Philadelphia Eagles and participated in Super Bowl XXXIX vs. New England before moving on to the Carolina Panthers and NFL Europe’s Hamburg (Germany) Sea Devils.

In 2015, he was head football coach at Deer Lakes (Pennsylvania) High School before leaving for Hampton. He said his coaching style is a mix of Marshall, former Colts coach Tony Dungy and former Eagles and current Kansas City Chiefs coach Andy Reid.

Married for 10 years with a 2 1/2-year old, Sciullo is a 2020 inductee into Marshall’s Athletic Hall of Fame. He is well remembered for his performance against North Carolina defensive end and No. 2 overall NFL draft pick Julius Peppers on Sept. 23, 2000. Sciullo neutralized the All-American and noted pass rusher, holding him to no sacks. That performance undoubtedly made Sciullo some money by boosting his draft stock.

“I got to spend four quarters with Julius Peppers and that’s where I made a reputation,” Sciullo said. “That and Troy when it was Demarcus Ware and Osi Umenyiora.”

Neither of those games, however, stood out to him as much as one other.

“Probably, as weird as this sounds, the Miami game Byron was hurt,” Sciullo said of a 36-34 victory over Miami (Ohio) and Redhawks quarterback Ben Roethlisberger on Nov. 2, 2002 at Marshall Stadium. Leftwich was out with an injury and replaced by sophomore Stan Hill.

“We had been such a quarterback-oriented program,” Sciullo said. “We had awesome quarterbacks and that’s how you win in college football. We beat an NFL quarterback without our quarterback. As an offensive line, we feel like we took care of our guys in that game. Butchie (Wallace) ran well. Stan did a good job in that game. Our defense was strong. It was a good feeling as a lineman.”

The play he remembers most?

“There’s been so many,” Sciullo said. “We were talking about this perfect rainbow ball to (wide receiver) Denero (Marriott) that Byron threw against Central Michigan. That was unreal. I’ve never seen a ball thrown like that.”

Sciullo said there are days he misses playing pro ball, but not as much as he once did.

“Game days I miss playing and payday I miss playing,” Sciullo said, with a laugh. “The rest, I don’t miss much. I’ll coach and that’s OK.”

College ball, however, is another matter. He fondly remembered the Herd’s 1999 squad that defeated Clemson and BYU during a 13-0 season that ended with a No. 10 national ranking. Marshall became the first team since 1974 to hold BYU without a touchdown in a 21-3 victory in the Motor City Bowl and Pennington was a Heisman Trophy finalist.

“What a wonderful time,” Sciullo said of playing at Marshall. “The players I got to play with. I think of the ‘99 team and how many awesome players there were.”

The 1999 Herd, along with the unbeaten 1996 NCAA Division I-AA national champions, set the bar for all Marshall teams that came after. Sciullo, though, said he’d advise current Herd players to make a name for themselves on their own.

“The best thing I can say to young kids is don’t worry about anyone else,” Sciullo said. “Go be the 2021 Thundering Herd. It’s their team. It’s their year. A lot of older kids on that roster, most of the line back, the quarterback back. They have a chance to do something special. We’re all Marshall. We don’t compete against each other. We want them to have the best success they can. This is the type of team that can do it.”

Respecting the past, though, is important, especially with Marshall’s unique history, Sciullo said. He said he and his teammates humbly honored those who died in the 1970 plane crash and the teams that rebuilt the program.

“Being around the program for those five years I was, seeing guys like (1992 All-American guard) Aaron Ferguson, I didn’t get to play with him, but I knew what he accomplished,” Sciullo said. “I knew what (All-American linemen) Phil (Ratliff) and (Chris) Deaton accomplished. When those guys came through it was nothing but respect and admiration.”

Sciullo drew plenty of hugs and handshakes from former teammates when he was in town for Marshall football’s Celebrity Bowl A Thon in April. He and former linebacker John Grace boisterously greeted one another when Grace walked in the door to the Strike Zone Bowling Center.

“It’s exciting to be back around my teammates and see these guys,” Sciullo said. “Any way we can get everybody back in is awesome.”