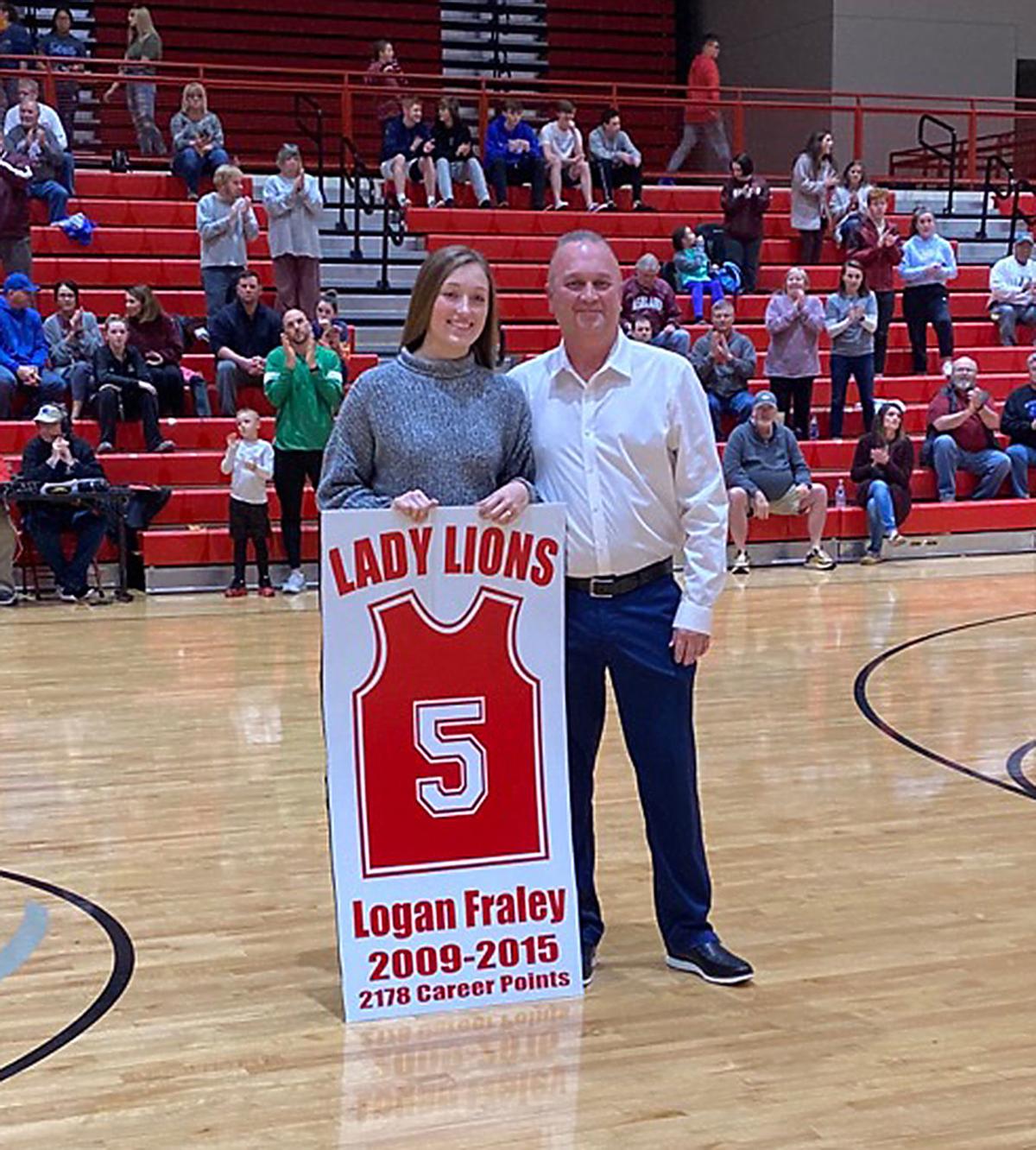 Boyd County’s Logan Fraley stands with her father, Boyd County girls basketball coach Pete Fraley, during a ceremony to retire her number with the Lions during Monday’s contest against Ashland. Fraley, who scored 2,178 points during her career, went on to play at Marshall University where she is now on staff for head coach Tony Kemper. 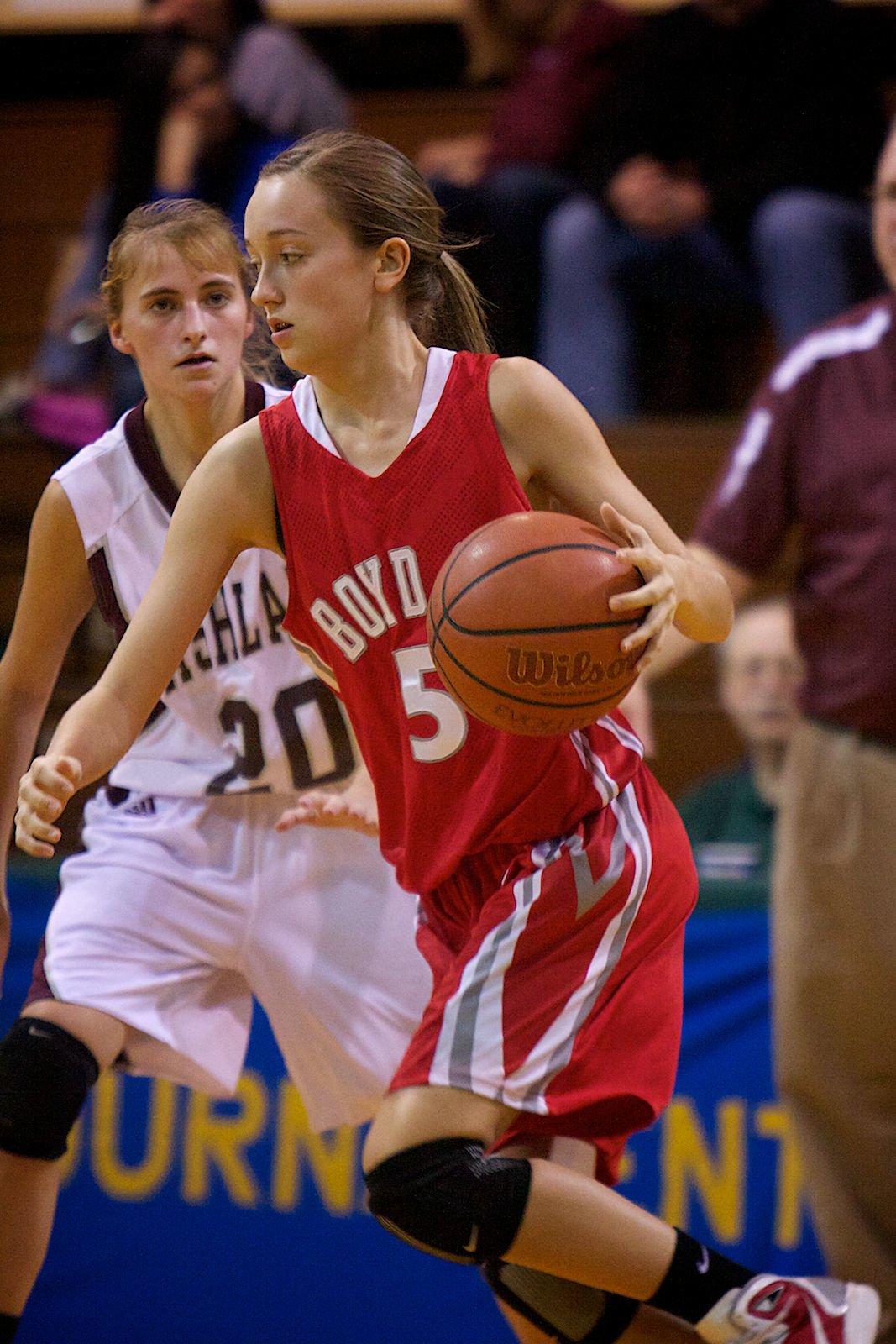 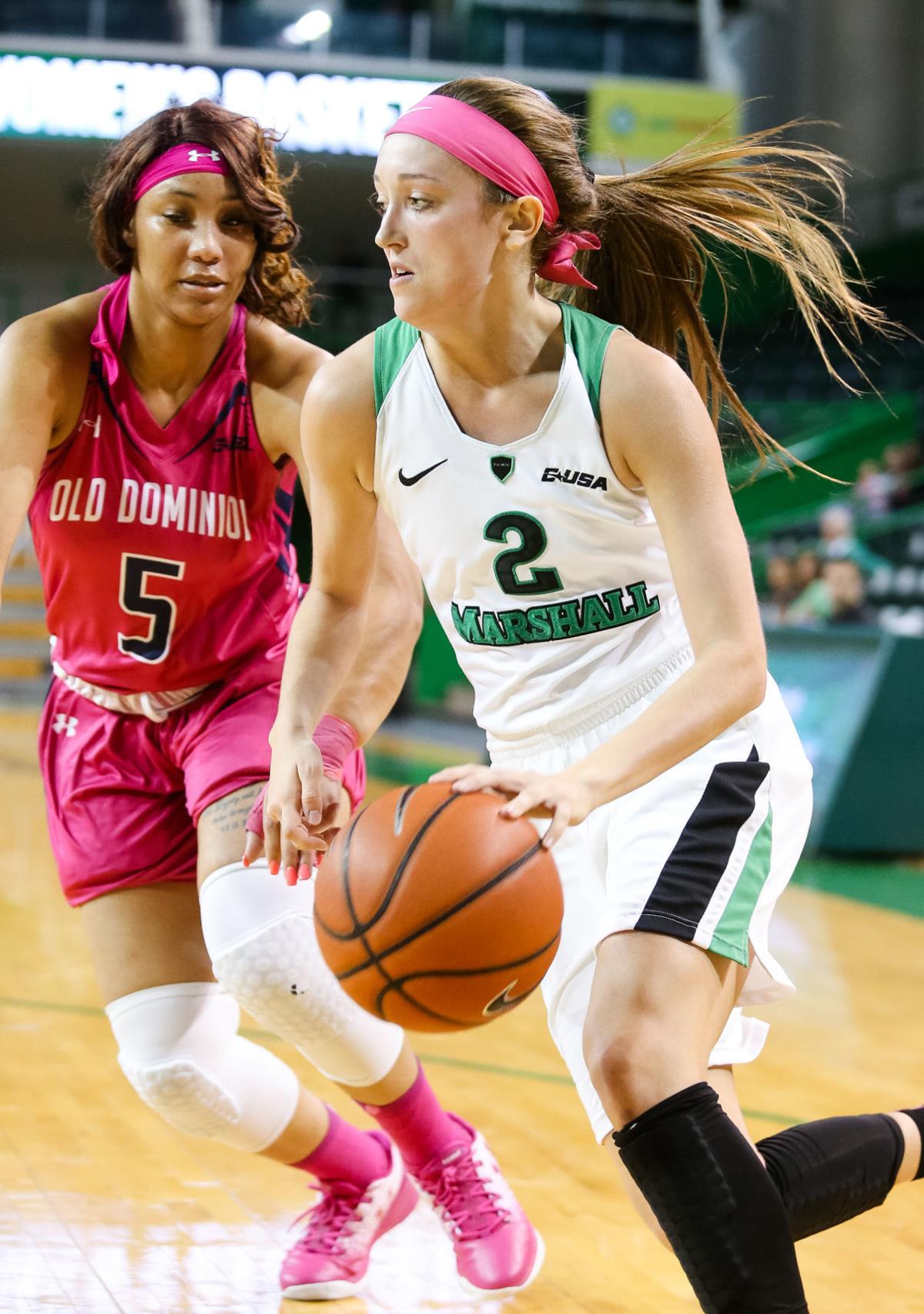 Boyd County’s Logan Fraley stands with her father, Boyd County girls basketball coach Pete Fraley, during a ceremony to retire her number with the Lions during Monday’s contest against Ashland. Fraley, who scored 2,178 points during her career, went on to play at Marshall University where she is now on staff for head coach Tony Kemper.

SUMMIT, Kentucky — As one of Boyd County’s top players in girls basketball history, Logan Fraley prided herself on her basketball IQ, instincts and 3-point shooting.

Now a few years removed from her time with the Lions, Fraley’s instincts remain sharp, as she proved on Monday.

Ever since she was a kid, the Boyd County-Ashland matchup was one that Fraley tried her best not to miss — even during her collegiate career at Marshall, which took her on the road, at times.

So Fraley thought it a bit odd when her father — Boyd County coach Pete Fraley — asked multiple times if she would be at Monday’s contest.

Taking her Dad’s peculiar questioning as a sign, Fraley decided to dress well, in case something was in the works for Monday night’s game.

As it turned out, her instincts were still true as she was honored with a jersey retirement during Boyd County’s win over Ashland in a ceremony.

It came after a career in which Fraley scored 2,178 points, which at the time broke the record of Taylor Wheeler as Boyd’s all-time leading scorer.

For Fraley, the honor was an emotional one for a player who had been in Boyd County’s gym alongside her father for as long as she can remember.

“I still remember being little and seeing Tyler Zornes’ jersey up there and it had his numbers on it,” Fraley said. “I’d look up there almost every time I’d go in the gym. It was like I was chasing something. To have that actually happen, I was emotional. I didn’t want to cry in front of everybody, but it was a childhood dream and it came true. It was a happy moment for me and Dad.”

Being the daughter of a long-time head coach couldn’t be easy, but Fraley said it was a time that was special and Monday’s ceremony offered plenty of reflection on that time.

“I loved playing for my Dad and I’d do it again in a heartbeat,” Fraley said. “I’ve loved coaching with him like I did a couple years ago and I wouldn’t trade him being my high school coach — really, he had his hand in all my coaching throughout the years. I wouldn’t trade that for anything. He shaped me into what I became.”

At Boyd County, Fraley’s scoring record was later broken by Savannah Wheeler, who has followed in Fraley’s footsteps by continuing her collegiate career at Marshall where she is a freshman for the Herd.

Wheeler again gets to look up to Fraley and seek her guidance with Fraley on head coach Tony Kemper’s staff as a graduate assistant.

Such was the case on Tuesday as a smiling Wheeler waltzed into Fraley’s office with an academic question as the spring semester got underway.

The fun nature of their Boyd County sisterhood shined when Wheeler tried to sneak Fraley’s protein drink, which prompted Fraley to call her out on it.

That type of fun mentorship is something Fraley hopes to continue in coaching while taking pieces of what her father and the Marshall staff have taught her along the way.

“I’ve learned a lot from Dad and now I’m getting to learn from all of these coaches, too,” Fraley said. “In Dad’s earlier years, he was a bit uptight, but now he’s just more relaxed, so I definitely take that poise from him and the level-headed nature. With Coach Kemper, there is a definite passion that he puts into everything he does. He’s so passionate about basketball and winning.

“I’m just glad that I’ve had the opportunity through the years to learn from all the coaches I admire so much.”