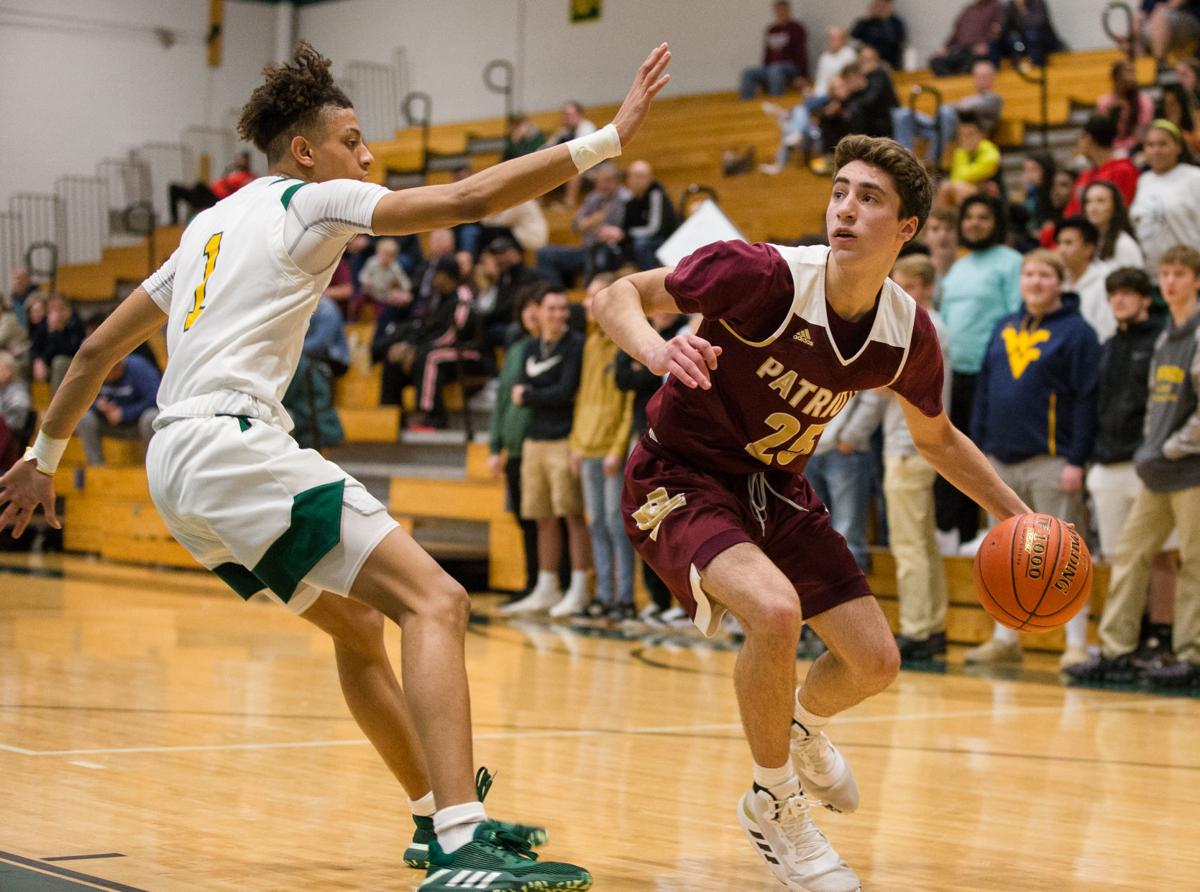 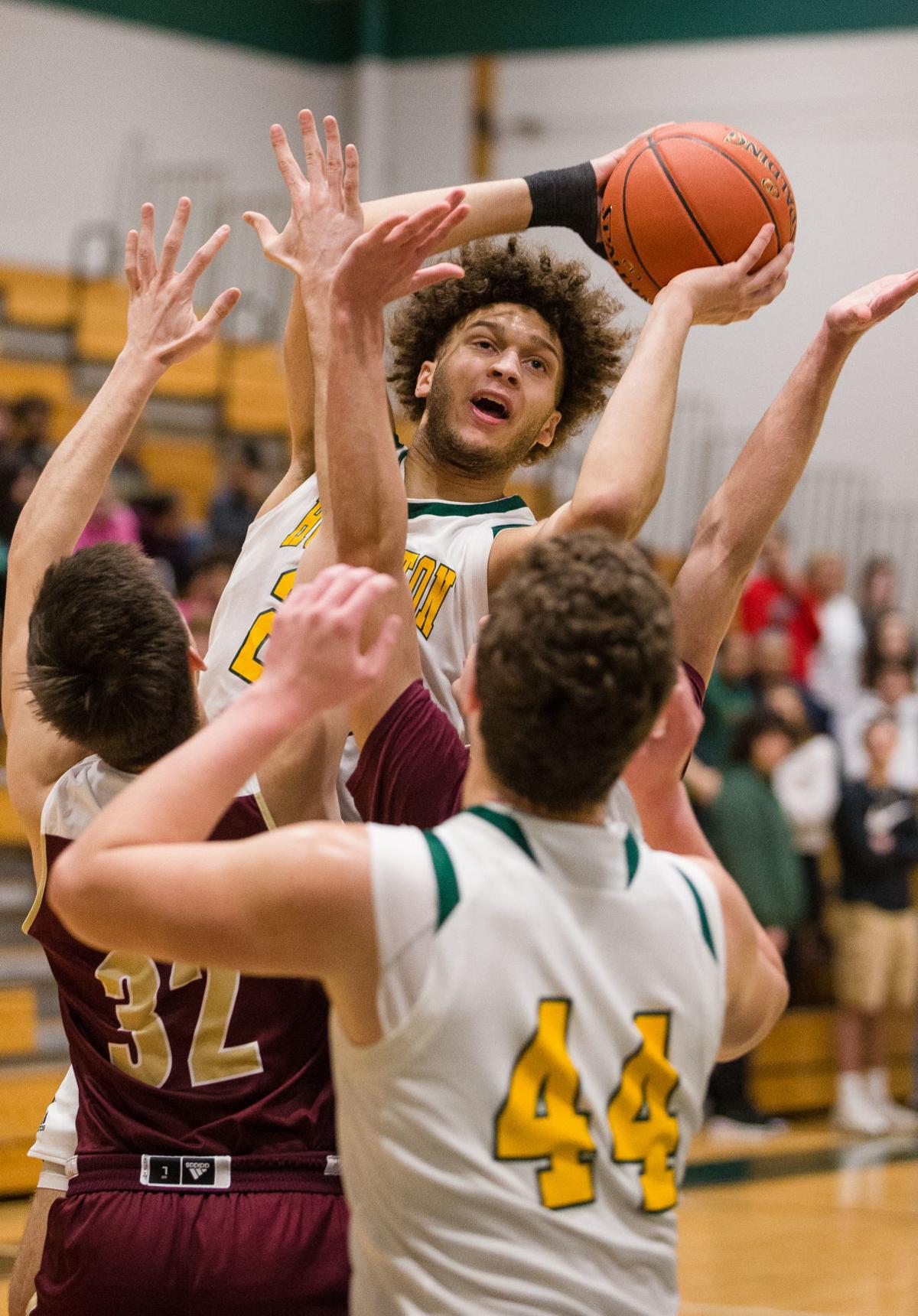 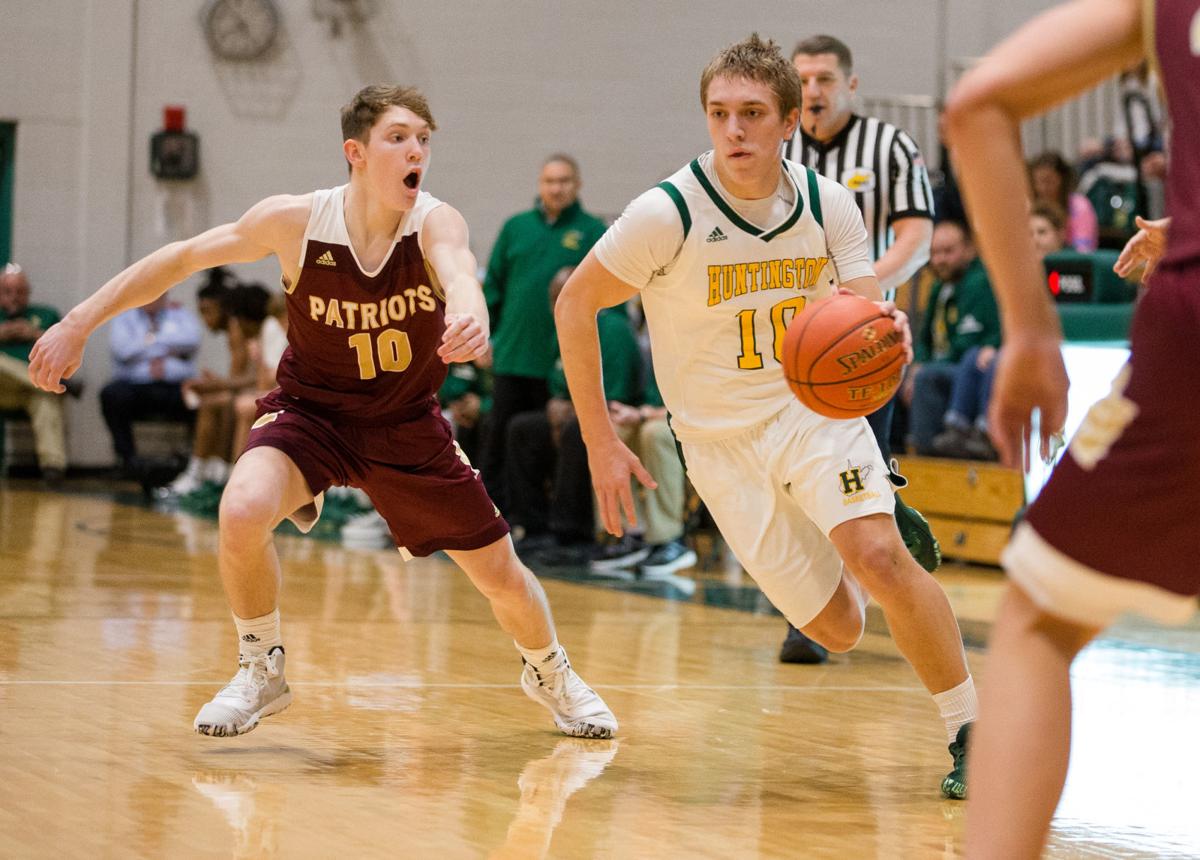 HUNTINGTON — In the Jan. 13 Associated Press Class AAA boys basketball poll, there wasn’t much separation between No. 7 George Washington from No. 9 Huntington.

The scoreboard at Huntington’s Lucas-Archer Gym, however, showed there was a big difference between the two teams after the Patriots rolled to a 62-32 win over the Highlanders on Wednesday in a Mountain State Athletic Conference game.

George Washington was led by 14 points from Mason Pinkett, who didn’t talk about the Patriots’ offensive scheme but instead bragged on his team’s defense.

“I thought we came out and we executed well,” said Pinkett, a junior. “We played great team defense and just played a team game.”

Turnovers between the two teams were similar; however, George Washington (8-3) outrebounded Huntington (5-4) and, as the scoreboard showed, made many more of its shots.

GW also extended its win streak to a season-best four games by taking control of the game early, with Trey Ritchie scoring seven of his nine points in the first quarter. The Patriots had a 12-0 run that started with 4:08 to play in the period and ended with Eli Archer’s basket for Huntington with 23 seconds left.

George Washington used a 9-2 run in the second period to send the game to halftime with a 33-16 lead.

The game only got worse for Huntington from there. The Highlanders were outscored in each quarter, and by the end of the third period George Washington pulled ahead by 20 points.

Both teams closed out the game with reserves in as George Washington built a lead of 25 points with 3:17 to play.

The loss marked another game of inconsistent play by the Highlanders, playing the second of a seven-game stretch where each of its games will be at home through a Jan. 31 contest against Capital.

Only three players scored for the Highlanders, including Smith who had a game-high 16 points. Eli Archer scored just six points but pulled down four rebounds for Huntington.

Dionn Sims scored 10 points for Huntington, which will host St. Albans on Friday.