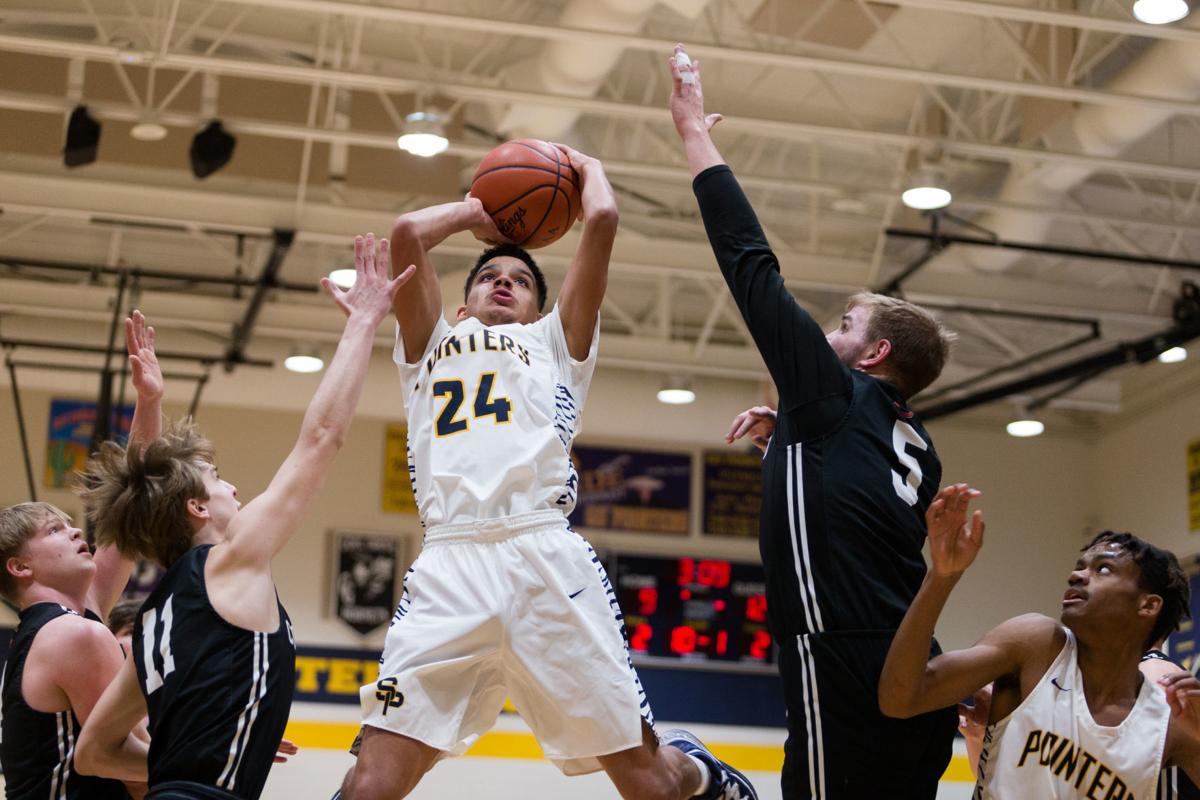 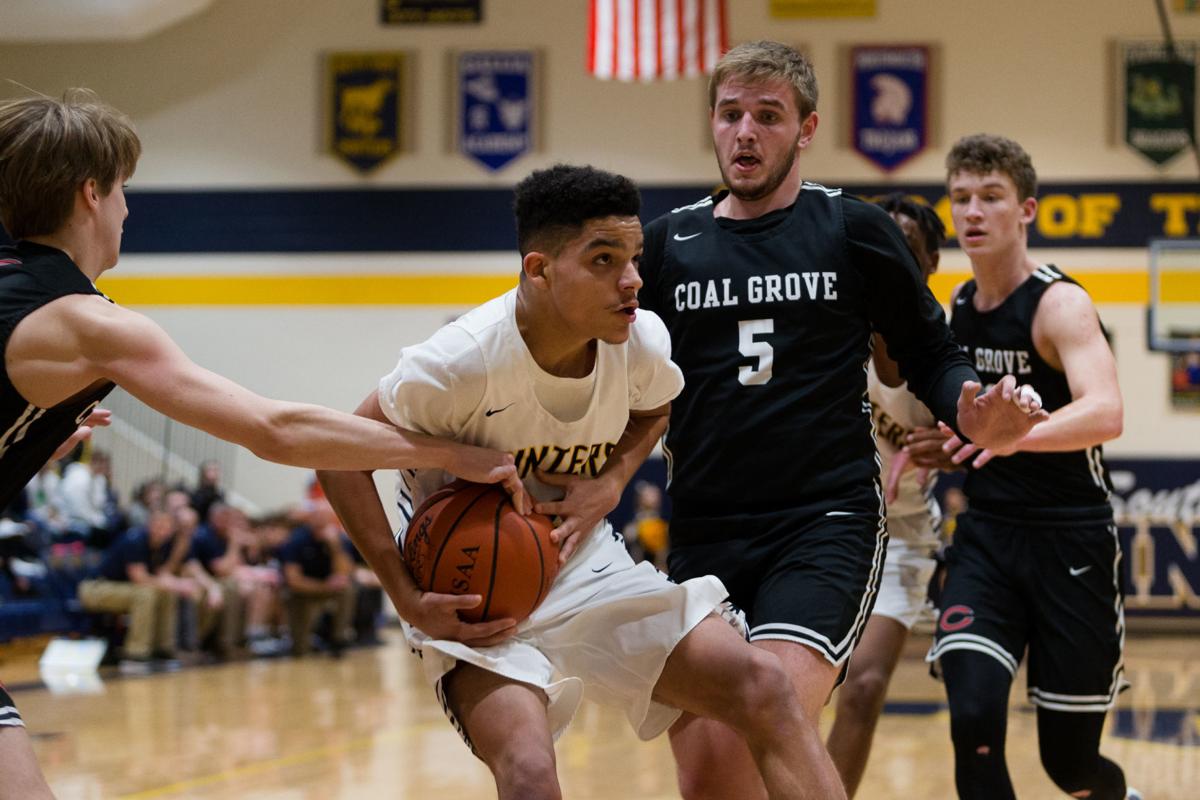 South Point's Chance Gunther (24) attempts to drive the ball in for a shot with Coal Grove's Peyton Smith (5) closing in behind as the South Point High School boy's basketball team takes on Coal Grove on Friday, February 7, 2020, in South Point, Ohio. 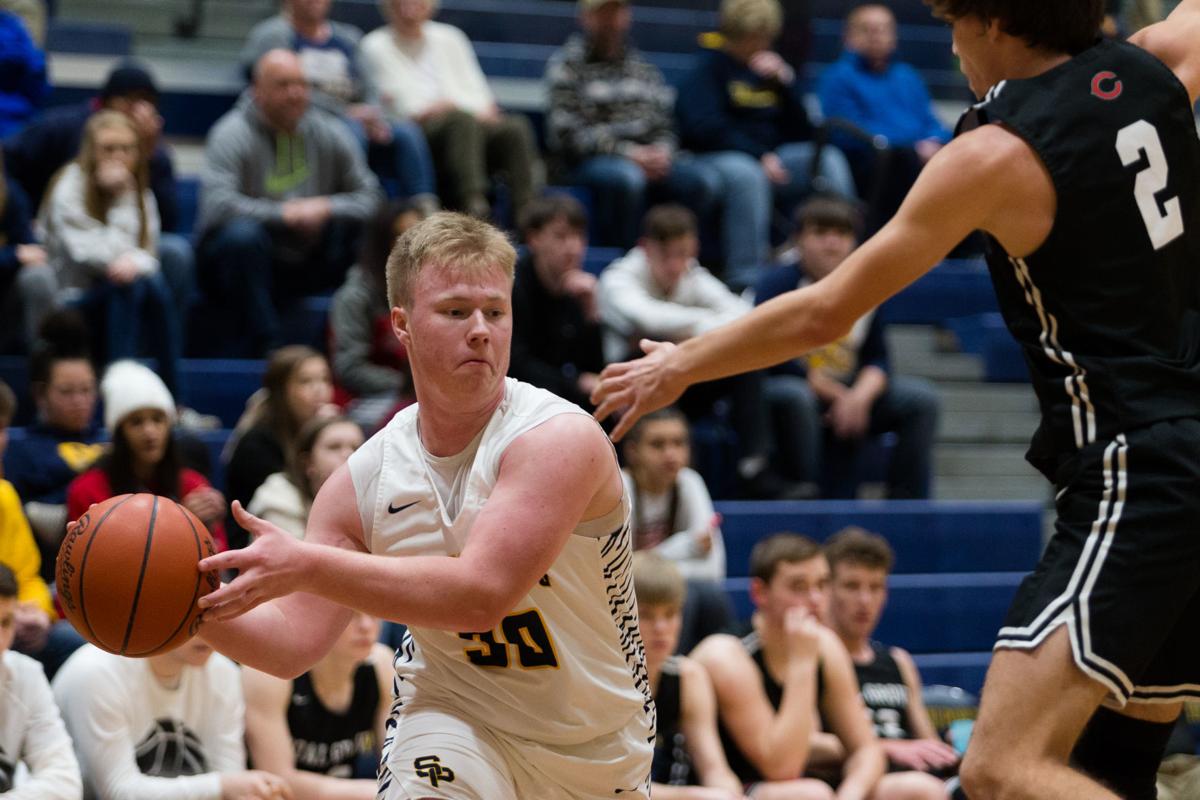 South Point's Chance Gunther (24) attempts to drive the ball in for a shot with Coal Grove's Peyton Smith (5) closing in behind as the South Point High School boy's basketball team takes on Coal Grove on Friday, February 7, 2020, in South Point, Ohio.

SOUTH POINT, Ohio — Chance Gunther’s 32 points led all scorers and paced the South Point boys basketball team to a 68-49 win over Coal Grove in an Ohio Valley Conference game on Friday at the Pointers’ Gym.

The senior started to heat up late in the second quarter when the Hornets and Pointers went back and forth between 10 ties and three lead changes. Gunther hit three 3-point shots in the final 3:47 of the first half to close out the second period with a 36-30 lead.

Coal Grove trailed by as much as five points in the first quarter but rallied for a 12-9 lead on Gannon’s 3-pointer at the 3:23 mark.

Gunther answered with his first points, a 2-point field goal, with 3:07 left, while Nakyan Turner scored the final four points for South Point in that period to put the Pointers on top 16-15.

Coal Grove broke a 19-19 tie on a Cory Borders field goal at 4:34 of the second period, and that was the final time in the game that the Hornets had the lead.

Coal Grove closed the gap to 38-34 early in the third period, but that was as close as the Hornets got again. South Point forced Coal Grove into 11 turnovers and held the Hornets to 19 points in the second half.

Only one more Ohio Valley Conference game remains for the Pointers, a Feb. 14 regular season finale at Chesapeake, before sectional play begins.

Following the victory on Friday, Wise and his staff met in his office to vote for sectional seeding.

“Obviously, we’re going to put Fairland (No.) one,” he said. “Then Chesapeake will be up there and we’ll be in there, too.”

How voting falls among the other schools in the section will determine whether his Pointers will open sectional play at Jackson High School or Waverly High School.

Before the finale, South Point will play two non-conference games including a contest on Saturday at home against Spring Valley.

It will play host to Symmes Valley on Tuesday in its home finale of the year.