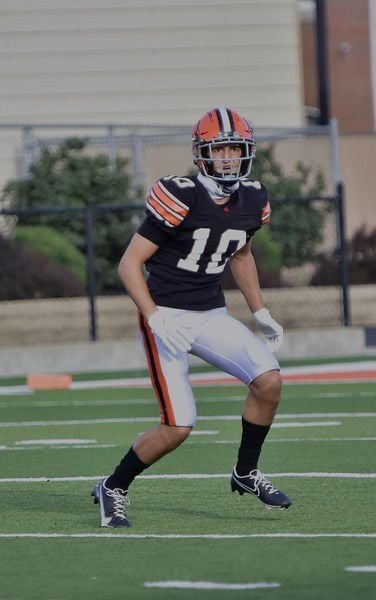 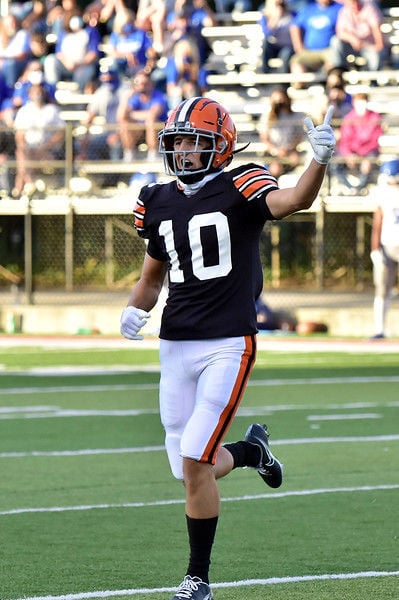 IRONTON — Trent Hacker was accustomed to having a football or barbell in his hands, but an ax handle was something new.

“One of the things we did, we were chopping wood one day just for an innovative workout,” Hacker said. “That was new. I live in town, so I’d never chopped wood before.”

Hacker and his teammates are willing to do whatever it takes to return to the Ohio Division V state championship game. Last year, the Fighting Tigers made it to the finals before losing 17-7 to Kirtland. This season, the plan is to leave Canton’s Tom Benson Hall of Fame Stadium with Ironton’s third state championship trophy.

“We’ve been going crazy,” Hacker said. “Obviously with the COVID happening, we weren’t allowed to come (to Tanks Memorial), but a couple of my buddies have a workout place and we hit it hard, sometimes twice a day. We’d run routes and that was important with our new quarterback (Tayden Carpenter).”

Hacker said those workouts have paid off.

So does Tigers coach Trevon Pendleton, who has noticed Hacker’s ability.

“We have some big-body guys like Hacker,” Pendleton said. “He has some height and can run and jump.”

Some teams are just happy to play, considering many large-city schools canceled their seasons. Schools in Kentucky haven’t begun their seasons and a considerable number of West Virginia teams, including Spring Valley, Tolsia and Wayne, aren’t playing this week because of virus outbreaks.

“I’m excited to be here,” said Hacker, a 6-foot-2, 175-pound senior. “I’m glad we get to play a season and hopefully we get to go back to the state championship and win one more.”

Hacker said falling short in the 2019 finals was “heartbreaking,” a term he also used to describe what his final year of high school would be without football. So far, Ironton has done nothing but break opponents’ hearts, defeating Portsmouth 50-3 and Gallia Academy 55-7. The Tigers will try to improve to 3-0 when they play host to Coal Grove (1-1) at 7 p.m. Friday.

Hacker has one reception for 37 yards and a touchdown this season. He has made one tackle. Ironton’s starters, however, essentially have played a mere four quarters in two games.

Hacker doesn’t need to pad his stats to garner attention. College recruiters already have noticed him. Athletic, Hacker can dunk a basketball and averaged 4.7 rebounds per game last season. Lake Erie College, Morehead State and Ohio Dominican have offered him.

“I’m just kind of waiting it out right now,” Hacker said. “I hope to get more offers during the season.”

That Hacker is starting for one of the more-powerful teams in the region and state is remarkable. That he’s a college prospect is remarkable. He began playing football two years ago and earned a starting job as a junior.

“I get chills talking about it,” Hacker said. “It was pretty crazy. I started playing football my sophomore year and never really thought anything about it. Then I started as a junior on a state championship game team.”

Hacker caught 10 passes for 228 yards and three touchdowns as a junior. H said his route running has improved, as has his defense. Hacker said in addition to the state championship he has personal goals.

“I want to have more touchdowns and more receptions,” Hacker said. “I feel like I could have produced more last year. On defense, I think I’ve gotten a lot better. I want to get more picks this year.”