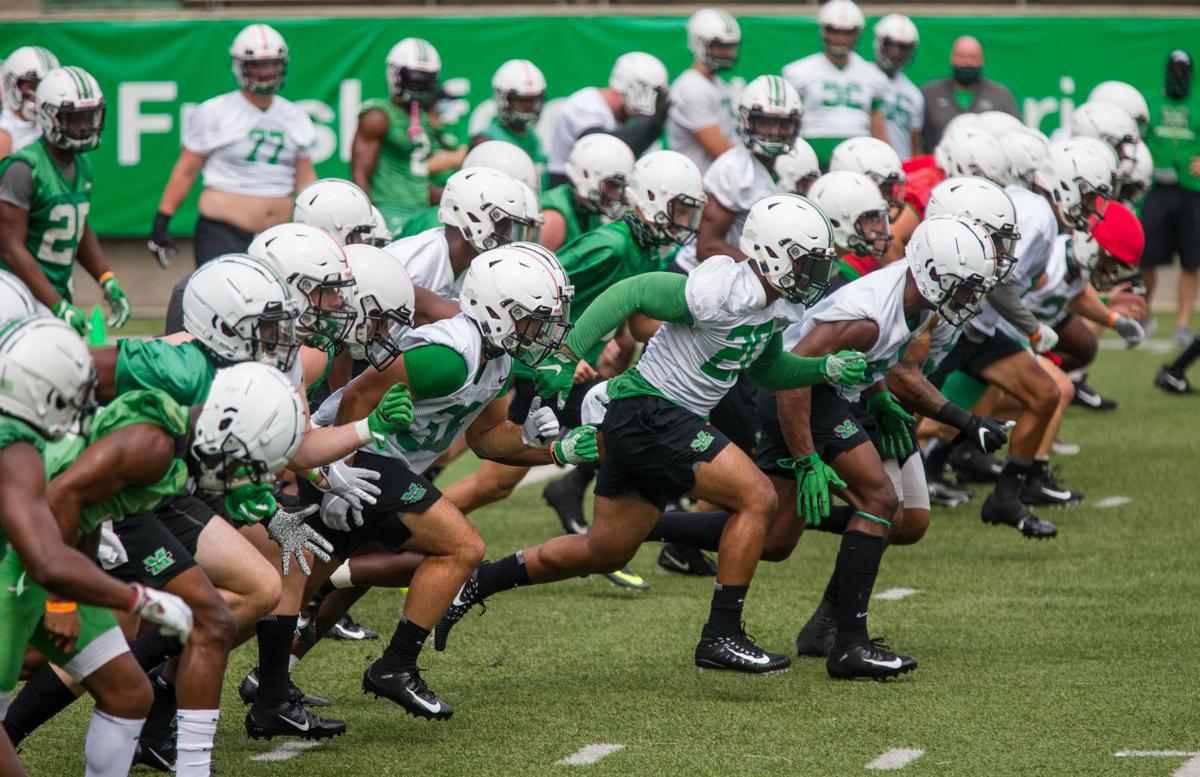 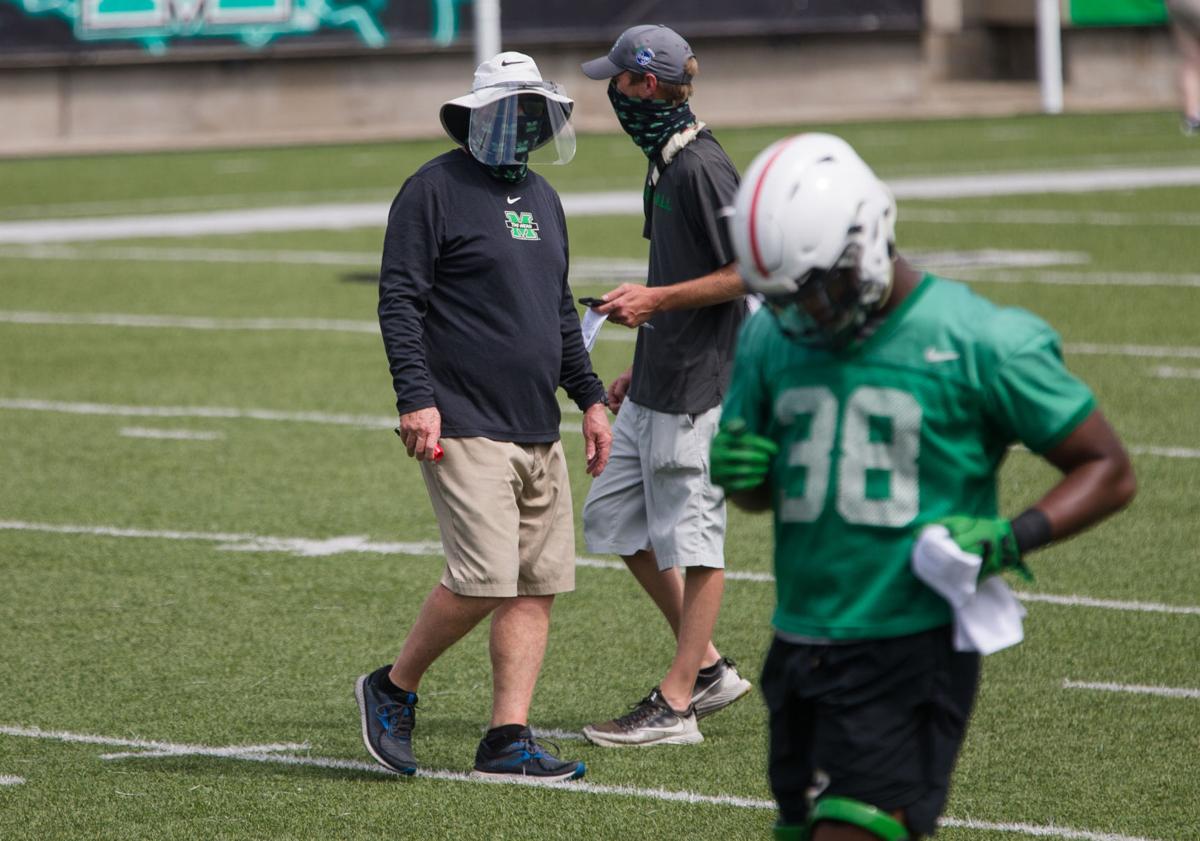 HUNTINGTON — Marshall head coach Doc Holliday has been in college football for more than four decades.

On Friday, Holliday got his first taste of normalcy in a 2020 year that has seen little of it, thanks to COVID-19.

That normalcy came from Holliday taking the football field to coach a team in preseason practice.

Still, things were different, and there was no avoiding that fact as the team took the field for its first full practice in 2020.

While it was a piece of normalcy, there was certainly a different feel to it, according to running back Brenden Knox, who returns after Conference USA MVP honors in 2019.

“It’s just trying to cope with the transitions we have to make just to practice on a day-to-day basis,” Knox said. “It’s crazy, but it’s something you’ve got to learn to cope with.”

Holliday took part in his own portion of double-coverage on the field.

The Herd’s 63-year-old head coach wore both a face mask and a clear face shield as the team took part in its drills on Friday.

Holliday tried to take the change in stride with a laugh.

“The only place I used to wear these was turkey hunting,” Holliday said. “They were camouflage, though. It’s unusual and there’s a lot of moving parts.”

All coaches and staff personnel had masks on the field and, when not on the field, players were distanced across the back wall of the sidelines.

Hand sanitizer was also available for use and managers went through many safety protocols during practice to ensure that practice stayed compliant with the state and university’s COVID-19 standards.

Such is the new normal in college football.

“The one thing about us is that we’re not in a bubble,” Holliday said. “We’ve got to try to create our own bubble and that’s hard to do when you’ve got a bunch of college kids running around. We’ve got to do a great job of wearing masks and doing everything we ask them to do to give us a chance to go play this season.”

Friday’s practice was the first allowed under NCAA rules, which state teams can start fall drills 29 days prior to their first contest.

That means Marshall is now just four weeks away from its 2020 season opener on the road at East Carolina, who also started fall camp on Friday.

While that season-opener looms, distractions are all around with COVID-19 pandemic worries and NCAA conferences trying to decide their respective format for the 2020 season.

Marshall athletic director Mike Hamrick, who also attended practice while wearing a mask, confirmed that Conference USA is committed to an eight-game league slate and as many non-conference games as can be played for its member schools.

Hamrick said he is keeping all possibilities on the table. That would include potential discussions with West Virginia athletic director Shane Lyons on a contest, if both teams have a need for a game.

While Hamrick, who is on the Football Oversight Committee with Lyons, said that the future of college football is uncertain, he said Friday was a breath of fresh air in the world of college sports — even if it came from in behind a mask.

“The kids are excited and everybody’s excited,” Hamrick said. “It’s kind of back to normal, even though it’s not normal. You’re back out here with a helmet on and working toward a season. That’s all we can do right now.”

As the new world of college football practice becomes normal, the message that Holliday has given his team for years takes on bigger meaning.

It truly is a day-by-day approach toward the 2020 season.

“We’ve just got to take it one day at a time, at this point,” Holliday said. “Things change every day.”