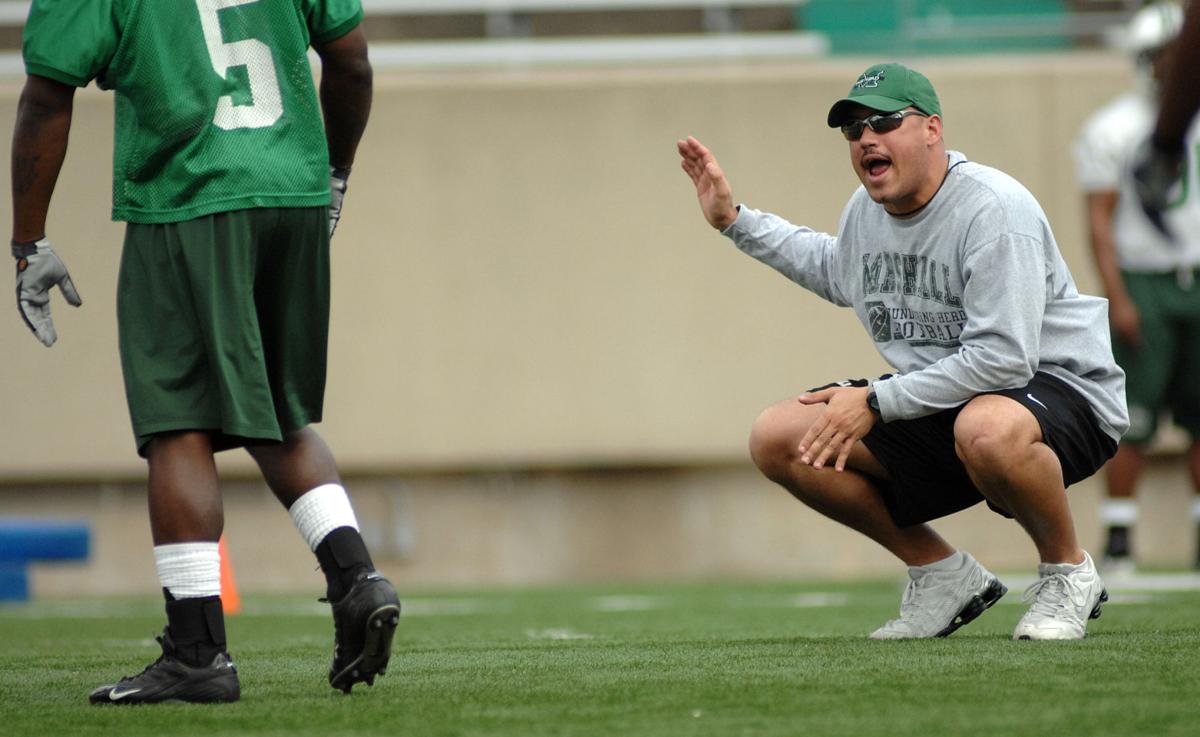 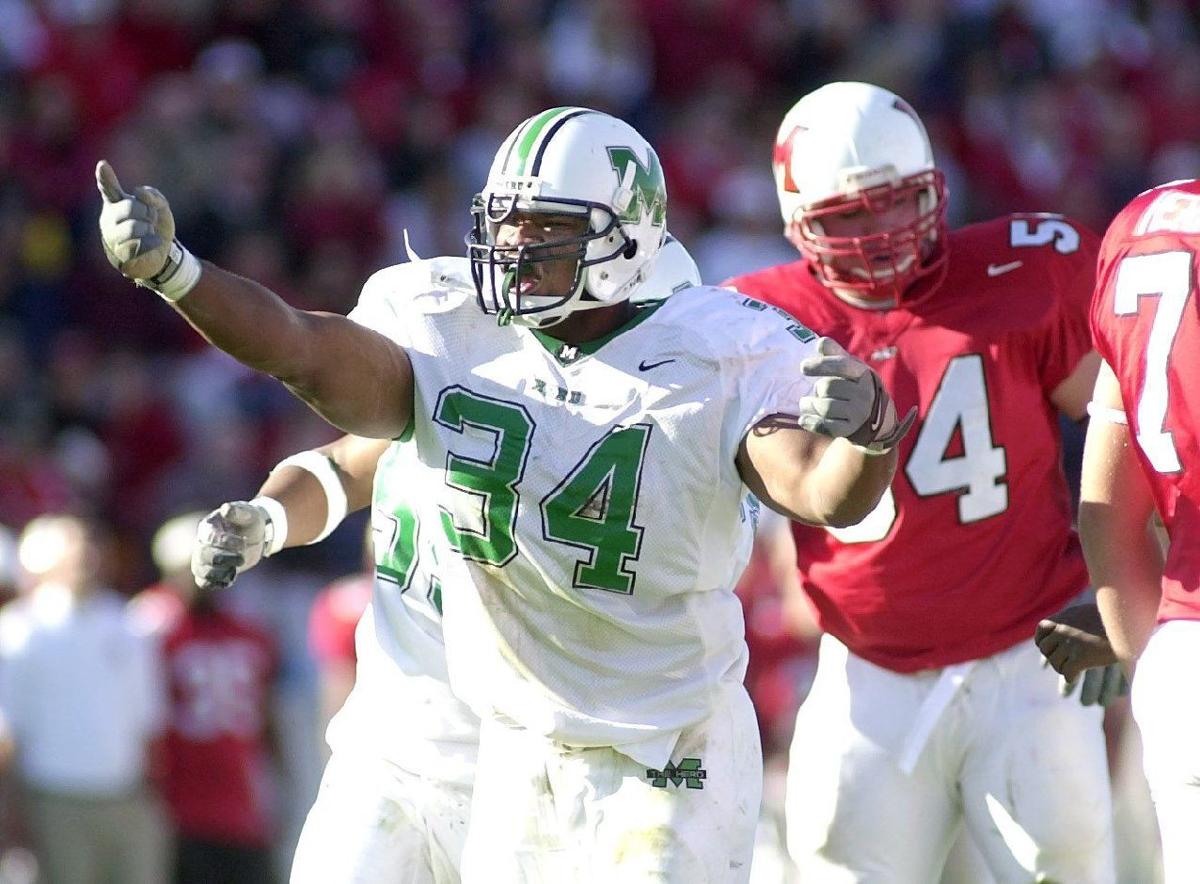 HUNTINGTON — The initial staff for new Marshall head football coach Charles Huff is starting to come together and it will have a Marshall flavor to it.

On Wednesday afternoon, FootballScoop reported many pieces of Huff’s staff were finalized on Wednesday, including the Herd’s new strength and conditioning coach and much of the defensive staff.

On the defensive side of the football, two of the names reported as being hired are those Marshall fans will know well.

Linebackers coach will be Shannon Morrison, who has spent the last five seasons at Eastern Kentucky where he has served as defensive backs and linebackers coach.

Ironically, Morrison opened his 2020 season on the turf at Joan C. Edwards Stadium as the Herd played the Colonels in the season-opener for both — a 59-0 win for Marshall.

As the 2021 season begins, Morrison will again be at “The Joan” but this time as an assistant under Huff.

It will be Morrison’s third stint at Marshall in coaching. He was in Huntington for four years from 2005-08, serving as linebackers coach and safeties coach during that time. He also was a graduate assistant for the Herd in 1995 and 1997.

The 1990 Oak Hill graduate moved on to a career at Marshall from 1990-94 in which the Herd captured its first I-AA National Championship and two runner-up finishes.

The staff will also include Ralph Street, Florida A&M’s defensive coordinator, who is expected to return to his alma mater to coach the defensive line.

Street played at Marshall from 1998-2001 and served as a team captain, helping the Herd to a 44-8 record during his time while winning three Mid-American Conference titles.

Since that time, Street has moved up through the coaching ranks, serving as the Rattlers’ defensive coordinator since 2018.

Perhaps the most immediate hire is expected to be Ben Sanford, Samford’s director of football strength and conditioning, who is expected to serve in the same role at Marshall.

Sanford spent the last five seasons at Samford after serving as assistant strength and conditioning coach at Alabama from 2013-15.

The Herd’s new defensive coordinator will also be familiar with Marshall — in this case, as an opponent.

FAU safeties coach Lance Guidry is expected to take the lead of Huff’s defense after one season with the Owls.

Last season, FAU’s defense had the 16th best pass defense in FBS, allowing just 188.2 yards per game through the air. The Owls also gave up just 17.4 points per game, which was 10th in FBS.

Guidry also has head coaching experience to his credit, having served in that capacity at McNeese State from 2016-18.

UT-Martin’s Dominique Bowman is expected to take over as the defensive backs coach for the Herd with a primary emphasis on cornerbacks.

Bowman was co-defensive coordinator at Austin Peay before rejoining the Skyhawks’ staff recently. He could additionally work some with the safeties, but with Guidry’s experience there, it is expected the secondary will be a split role.

The news comes one day after many of the staff members from the 2020 Marshall team — including all of the defensive assistants — were told they would not be retained on Huff’s 2021 staff with the Herd.

Offensively, the lone staff member known for Huff’s staff is Tim Cramsey, who is expected to remain in his role as offensive coordinator and quarterbacks coach.

Cramsey was the only member of Doc Holliday’s 2020 staff kept by Huff after meeting with the staff on Tuesday evening.

Especially on the defensive side of the ball, Huff’s staff has plenty to live up to after Marshall finished No. 1 in scoring defense and No. 2 in total defense in FBS last season under Brad Lambert, who has taken a position at Purdue.

With those announcements, the defensive side of the staff is filled.

It is expected that the offensive staff will be finalized by the weekend.