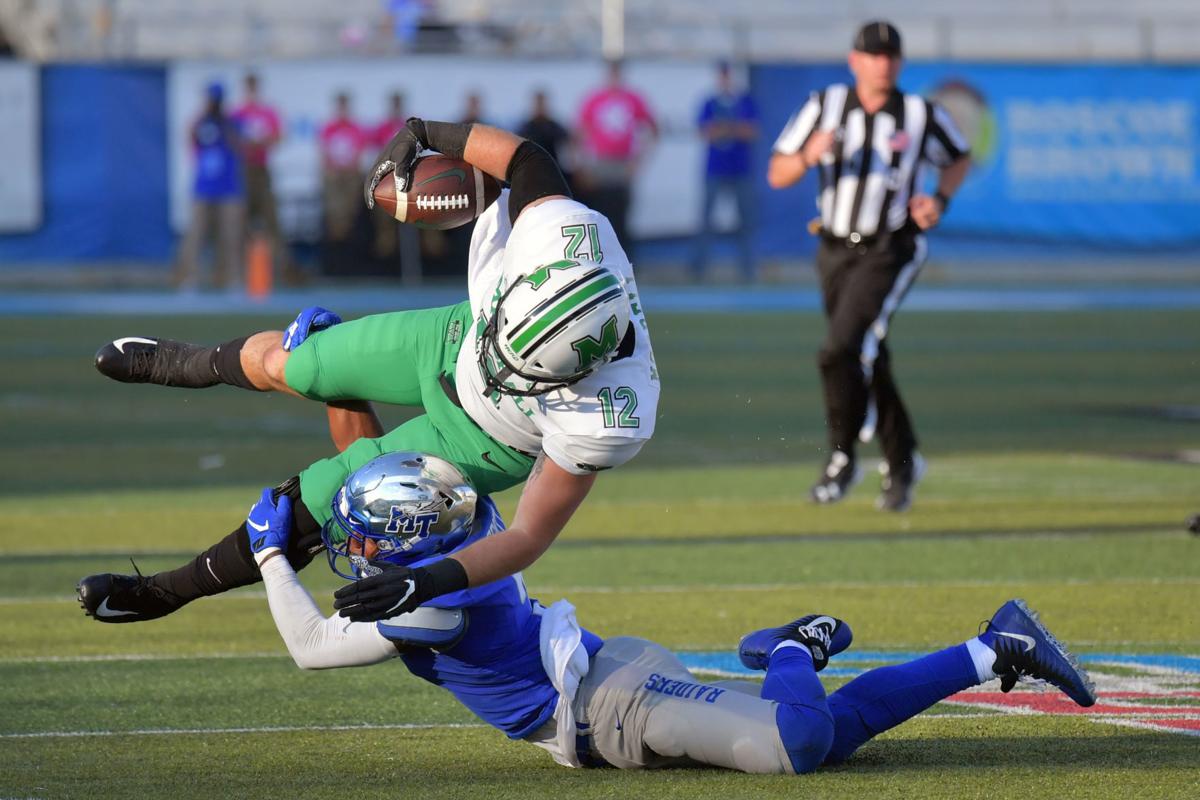 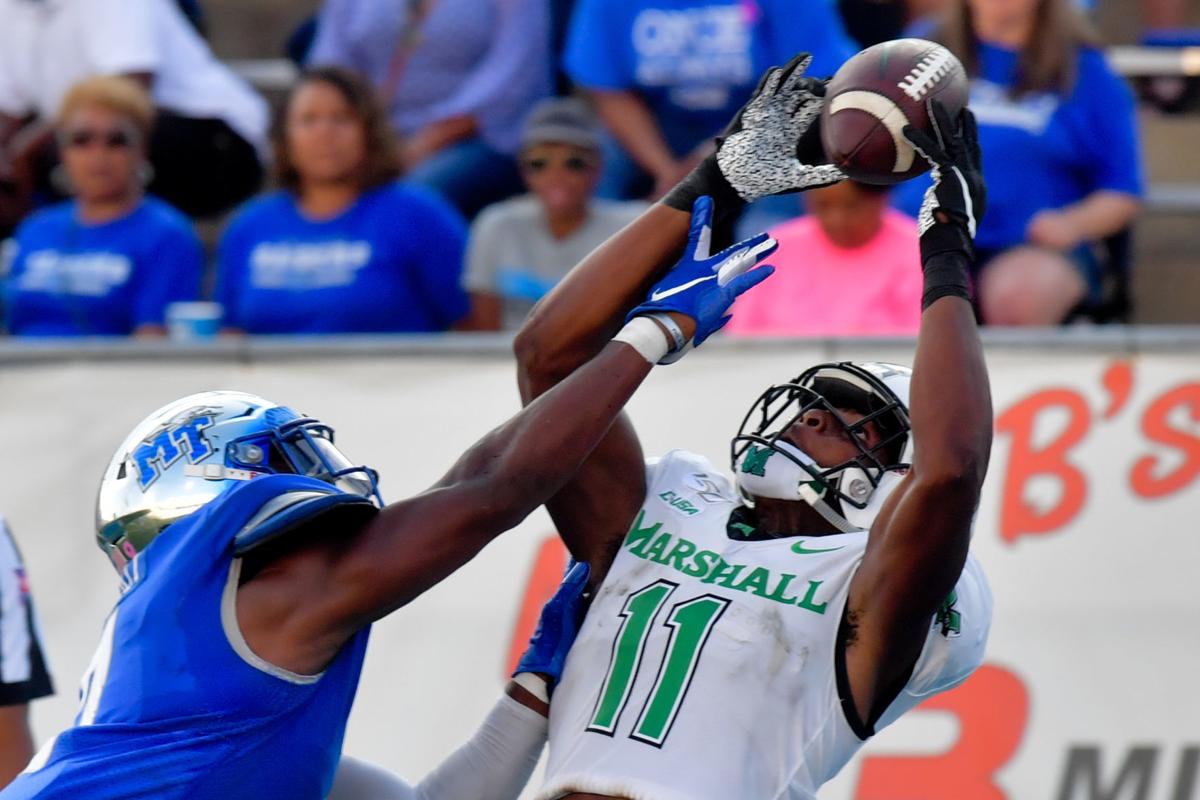 MURFREESBORO, Tennessee — As Marshall players walked off the field from Johnny “Red” Floyd Stadium on Saturday, they couldn’t believe what they saw on the scoreboard.

They were staring at a 24-13 loss in which every statistic pointed to a sizable advantage for the Herd.

Every statistic, that is, except one — turnovers.

The Herd suffered four turnovers that flipped the ball to Middle Tennessee and had another two drives end on downs that eliminated scoring opportunities as well.

“We moved the ball up and down the field, but if you can’t get it in the end zone, it doesn’t make a difference,” Marshall coach Doc Holliday said. “If you can’t score in the red zone and take care of the ball, you aren’t going to win many games.”

On the surface, Marshall’s offense enjoyed a resurgence, moving the ball at will on the Middle Tennessee defense.

The Herd rushed for 202 yards with running back Brenden Knox and quarterback Isaiah Green each nearly hitting the 100-yard mark with 99 and 95 yards respectively.

Green was also effective through the air for the most part, finishing 24 of 40 for 365 yards and a touchdown.

However, Green’s inability to take care of the football in key times proved costly.

In addition to the turnovers, the inability to convert on fourth down also robbed the Herd of scoring chances.

There were two drives in the third quarter alone that could’ve led to points, which could have swung momentum but ended with nothing.

Marshall had a drive that went 83 yards in 13 plays and took nearly seven minutes off the clock — by far, the most impressive third-quarter drive of the season against FBS competition — but Knox was stuffed on fourth-and-1, which left the Herd still trailing by four.

That loomed large because Marshall’s next drive drove to the Middle Tennessee 24 where the Herd faced fourth-and-3.

Trailing by a 17-13 margin, the Herd opted against the field goal and Green’s pass into the end zone found Xavier Gaines, who went full extension.

Gaines originally had the ball in mid-air, but the impact of the ground jostled the ball free and left the Herd without points in the third quarter for a fourth-straight game.

For the Herd, it was a microcosm of a day in which it seemed points were right at the team’s fingertips, but unable to be grasped.

“It’s disappointing,” Holliday said. “If you get in the red zone, you’ve got to score points.”

Adding to the Herd’s frustration is the fact that the turnovers came against a Middle Tennessee team who had struggled in the takeaway department coming in. The Blue Raiders had just four takeaways in the first four games. They matched that number Saturday.

For Marshall, the 576-yard performance is a positive — especially after struggling to do anything against Cincinnati the week prior.

However, Marshall must now pick up its pieces and regroup in an effort to find its way after two consecutive disappointing losses, including the Conference USA opener.