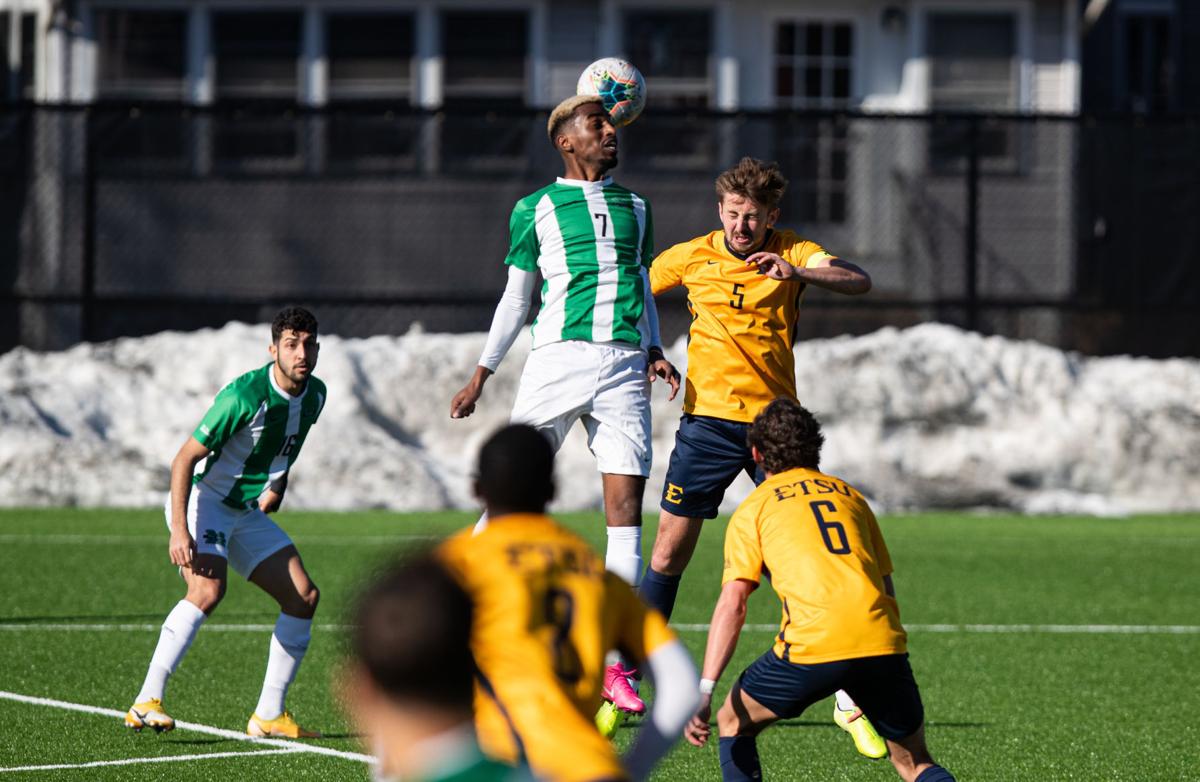 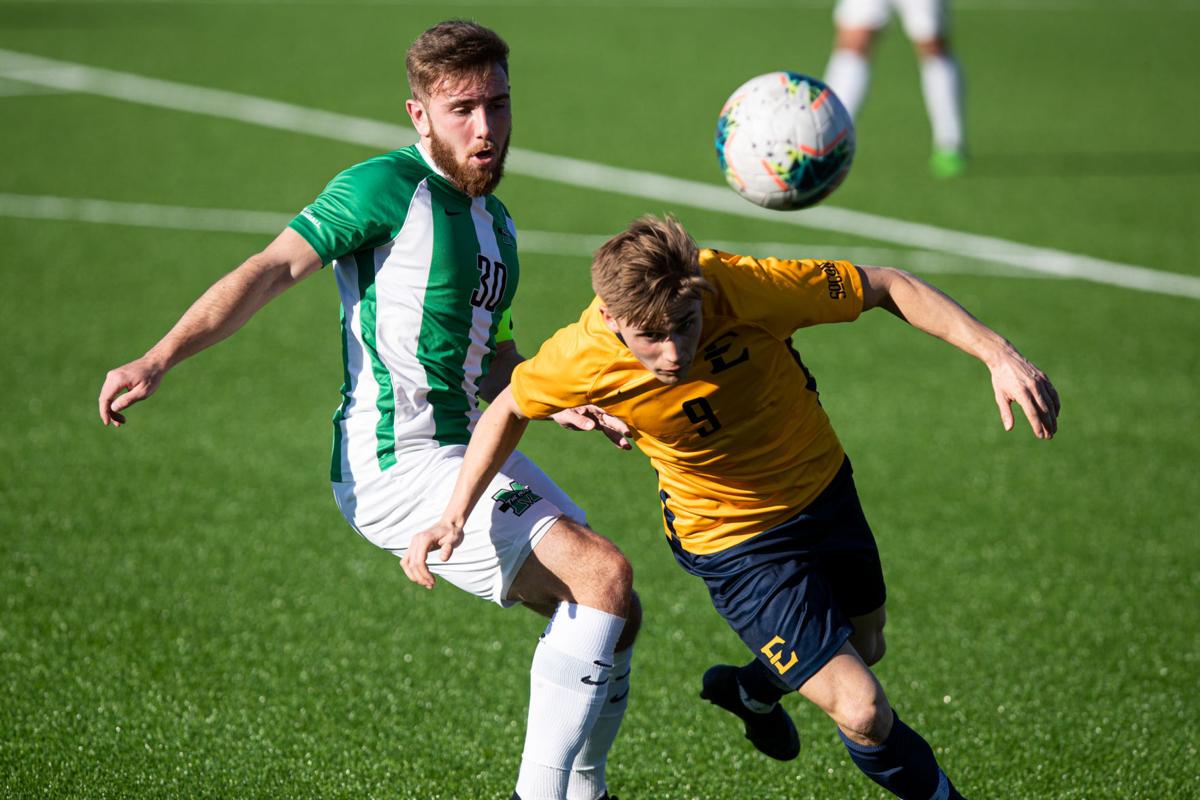 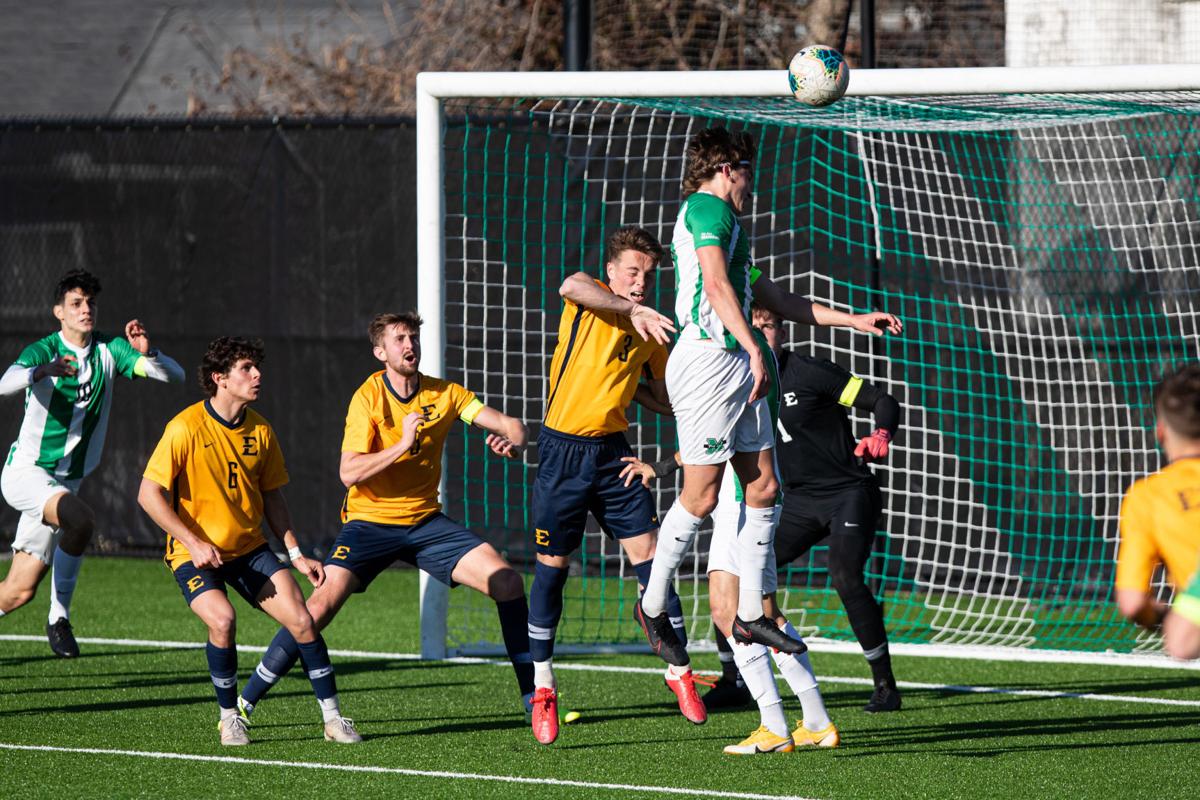 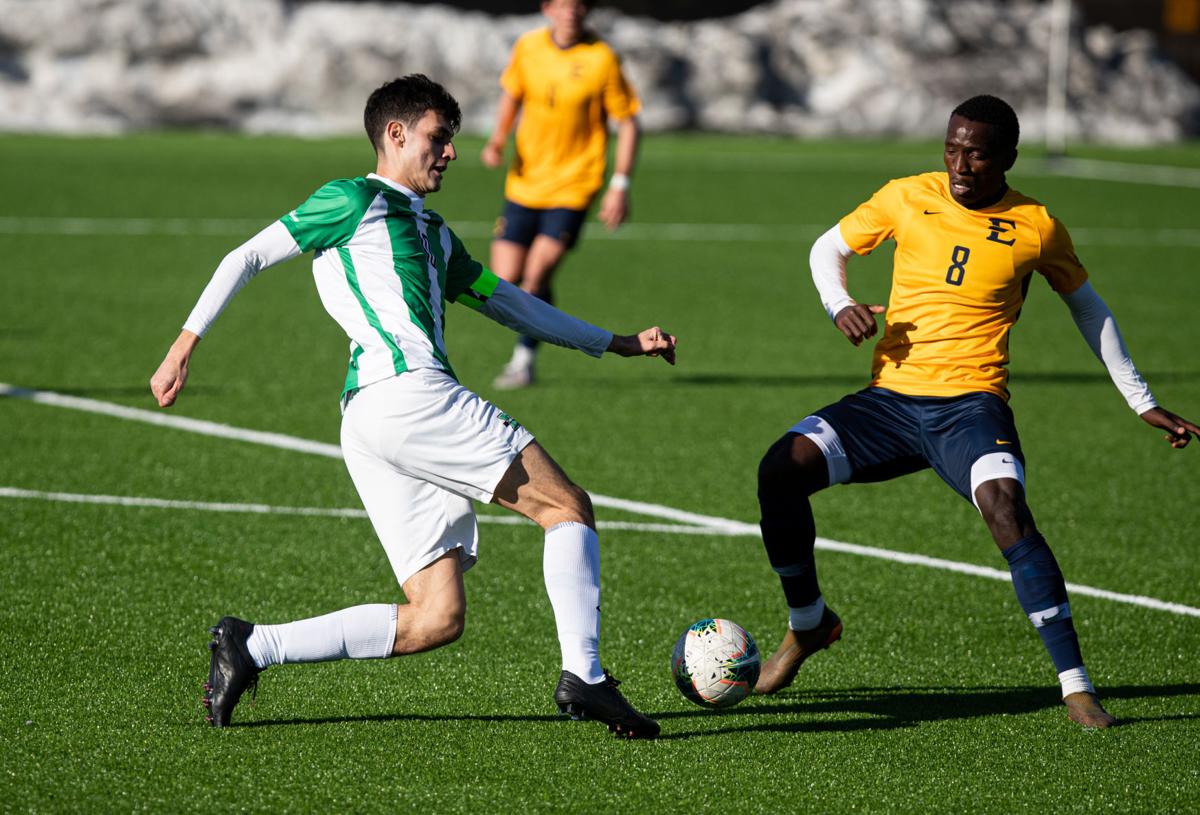 HUNTINGTON — Marshall’s men’s soccer team knows it has plenty of scoring power for the 2021 season.

With new goalkeeper Oliver Semmle taking over for Paulo Pita, much of the emphasis has been on the defensive third and keeping the opposition at bay.

The back line for the Herd stood tough on Tuesday, allowing just two shots while the Herd got second-half goals from Vitor Dias and Vinicius Fernandes in a 2-0 victory over East Tennessee State on Tuesday at Hoops Family Field in Huntington.

“It’s great to win and not to concede any goals,” Marshall assistant coach Petsa Ivanovic said. “I think we kept them pretty far away from our goal in the second half, which was very good to see because we’ve been working on setting up our defensive line a lot.”

The defensive presence of the Herd controlled the action, not allowing the Buccaneers to get any attacks going and keeping ETSU out of system for much of the match.

That control led to Marshall being able to counter offensively, which led to a bevy of scoring opportunities for the Herd in its offensive third.

Marshall finished with 21 shots in the match as a result.

Still, the match stood scoreless into the second half until Vitor Dias, the Conference USA men’s soccer Offensive Player of the Week, got the Herd on the board in the 53rd minute.

Dias, who had two goals and two assists in a win over West Virginia Tech on Sunday, took a feed from Pedro Dolabella and struck it to the far corner from 10 yards out to provide the only tally Marshall would need.

Ivanovic was pleased to see Dias continue his hot start to the 2021 season.

“He’s very dangerous as an attacking midfielder and we love to have him in those areas,” Ivanovic said. “It’s difficult to get the ball to him because opponents are recognizing him, but once we can unlock him, you see his true potential and what he can do when he’s around the area.”

The feed from Dolabella was a welcome sight for Marshall men’s soccer fans, as well.

Dolabella returned to play after missing the two NCAA College Cup matches and the Herd’s first matches of the 2021 season due to a card accumulation error that was brought to attention prior to last year’s postseason.

Ivanovic said Dolabella was eager to get back on the field after missing several matches.

“Pedro was back in today, which was a very positive thing,” Ivanovic said. “You could tell he was excited and wanted to be on the ball after not playing for a while. He was dropping out of his position a little bit too far, which caused a few problems for us in the first half.”

Fernandes came on for Dolabella in the second half and instantly cashed in on a run.

Jacob Adams sent a pass through the box to Fernandes, who buried it to the far post beyond the out-stretched arms of East Tennessee State goalkeeper Josh Perryman.

It was one time that Marshall was able to get the best of Perryman, who earned Ivanovic’s praise after an eight-save performance for ETSU.

“Once we sorted things out and got position, then we were able to create chances,” Ivanovic said. “We could’ve scored two or three, but their keeper did a phenomenal job and kept them in the game.”

Semmle earned the clean sheet for the Herd, tallying a save in his lone test of the afternoon.

The match took on a physical feel with the two teams combining for 35 fouls and five yellow cards with another handful of stoppages in the second half as the referee spoke with both sides and separated them on several occasions.

Marshall returns to action at 3 p.m. on Saturday when the Herd hosts Bowling Green at Hoops Family Field.