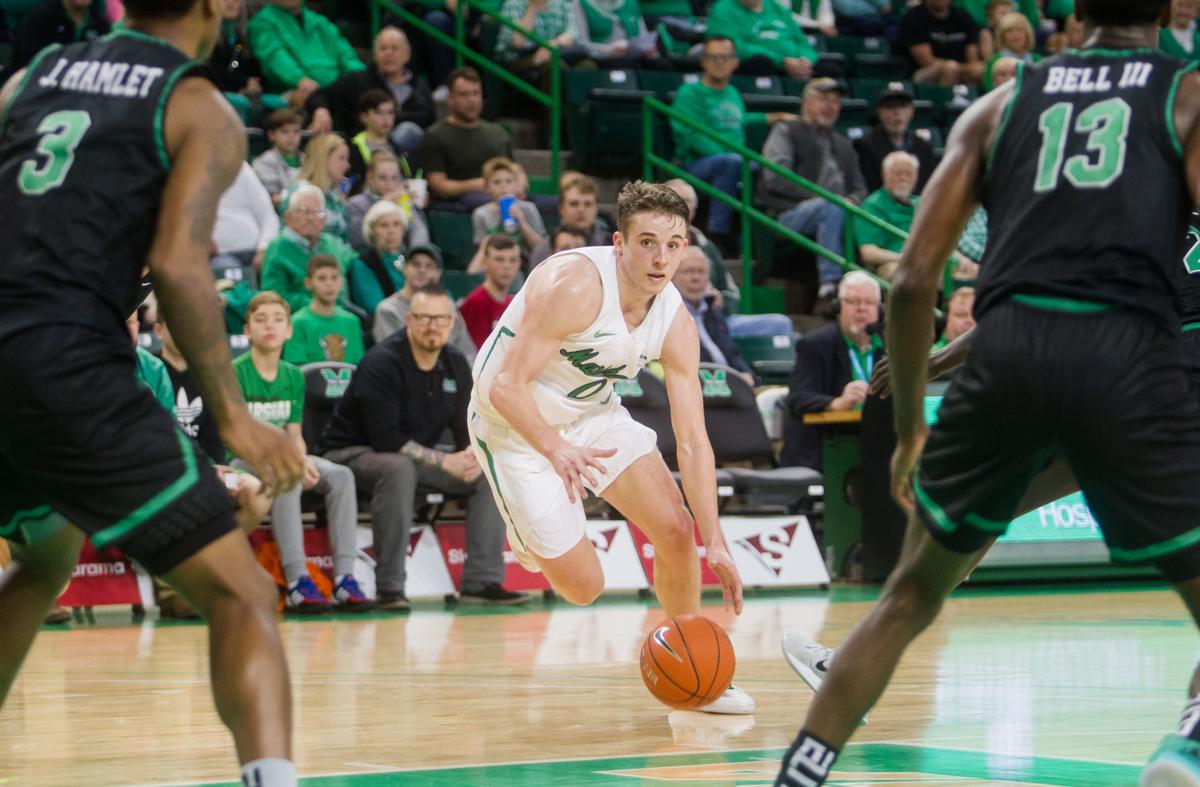 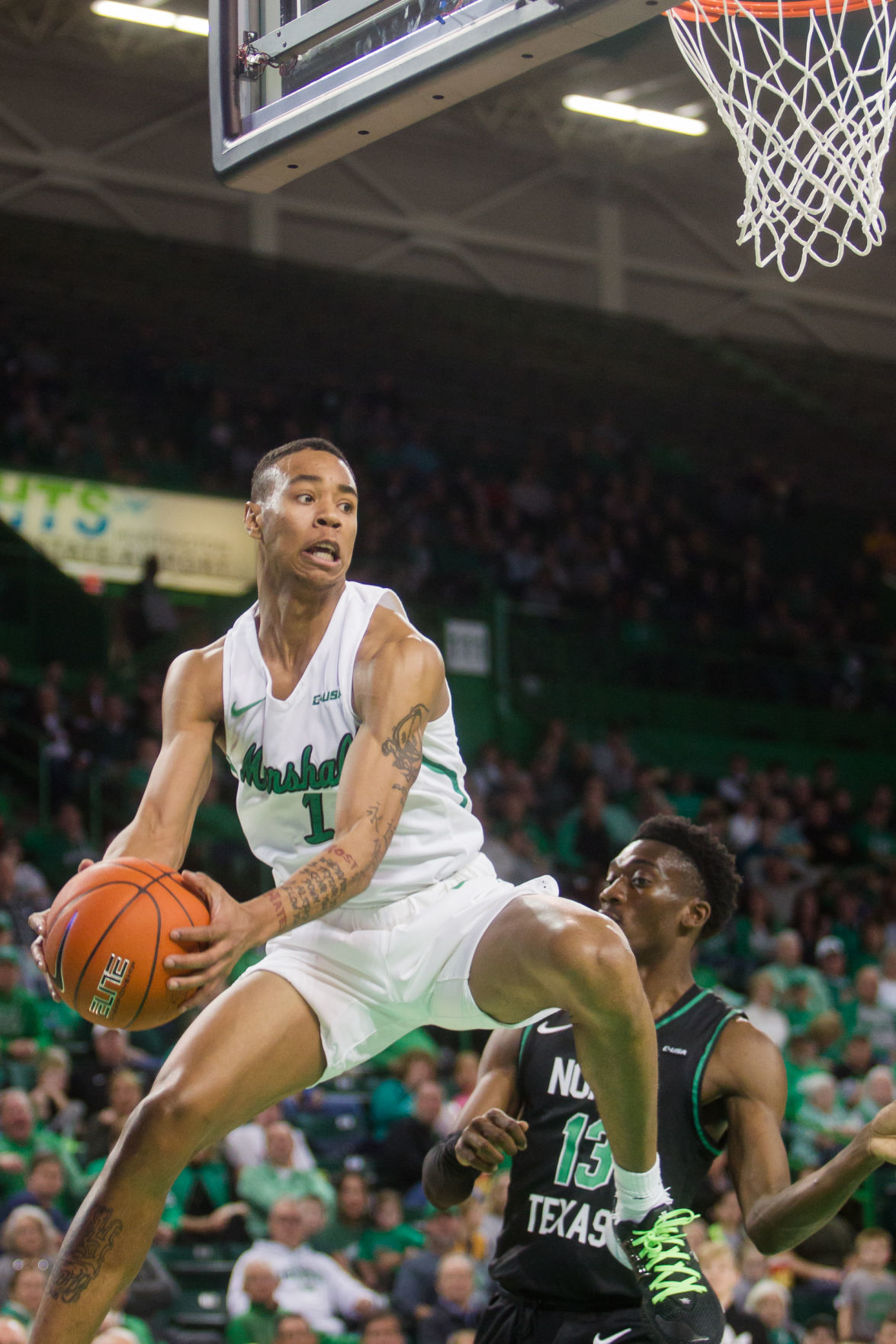 The Herd's Taevion Kinsey (1), left, goes up for a layup as the Marshall University men's basketball team faces off with North Texas on Saturday, January 4, 2020, at the Cam Henderson Center in Huntington.

The Herd's Taevion Kinsey (1), left, goes up for a layup as the Marshall University men's basketball team faces off with North Texas on Saturday, January 4, 2020, at the Cam Henderson Center in Huntington.

HUNTINGTON — Winning close games in conference play is one sign of a good basketball team.

Marshall University owns a 67-64 loss to North Texas and a 79-75 victory over Middle Tennessee. The Thundering Herd (8-8 overall, 2-1 Conference USA) expects another close contest at 8 p.m. Saturday at UAB (10-6, 1-2) in Bartow Arena. The Blazers have won seven games and lost five by 10 points or fewer.

The game originally was scheduled for 3 p.m., but the threat of high winds and even tornadoes in the Birmingham, Alabama, area prompted the time change.

“They’re a good team,” MU coach Danny D’Antoni said of UAB. “They play hard. They have a lot of experience. We’ll have to play well.”

Marshall played well Thursday to win at Middle Tennessee. The Herd trailed only once and led by as many as 13 points. The Herd withstood several Blue Raiders’ runs.

“Any road win is a good win,” D’Antoni said. “Jarrod (West) hit a big 3 when we had to have it. We were looking to go in to Iran (Bennett), but they came so hard at him that Jarrod took it and hit a big shot.”

Both figure to be integral in Marshall’s attack against the Blazers.

“They’ve been doing a good job,” West said of UAB. “They have length and they’re athletic”

UAB has played well against strong competition, despite the dismissal of guard Zach Bryant, who averaged 11 points per game. The junior guard was a third-team all-conference selection last season and was removed from the team on Nov. 19 for what Blazers coach Robert Ehsan called “conduct detrimental to the team.”

UAB is guard-oriented when it comes to scoring, with 5-10, 140-pound freshman Jalen Benjamin leading the team at 11.9 points per game. Benjamin became a starter after Bryant was dismissed. Tavin Lovan, a 6-4, 196-pound sophomore scores 11 per game. Tyreek Scott-Grayson, a 6-5, 177-pound junior, averages 9.9 points per contest.

“All it is is coach Cline and coach Dan working on practice,” Bennett said. “It’s working and repetition. Guys are up on my back hard, so I can spin off them. I thank coach Cline for that.”

The Blazers are coming off an 72-62 victory over Western Kentucky on Thursday. That was one of two triumphs UAB has over NCAA Division I teams with winning records. The Blazers handed Duquesne its first loss, 77-68, in the St. Peter Shootout at Eckard College on Dec. 22. Marshall beat the Dukes 83-61 Dec. 29 in Cleveland.