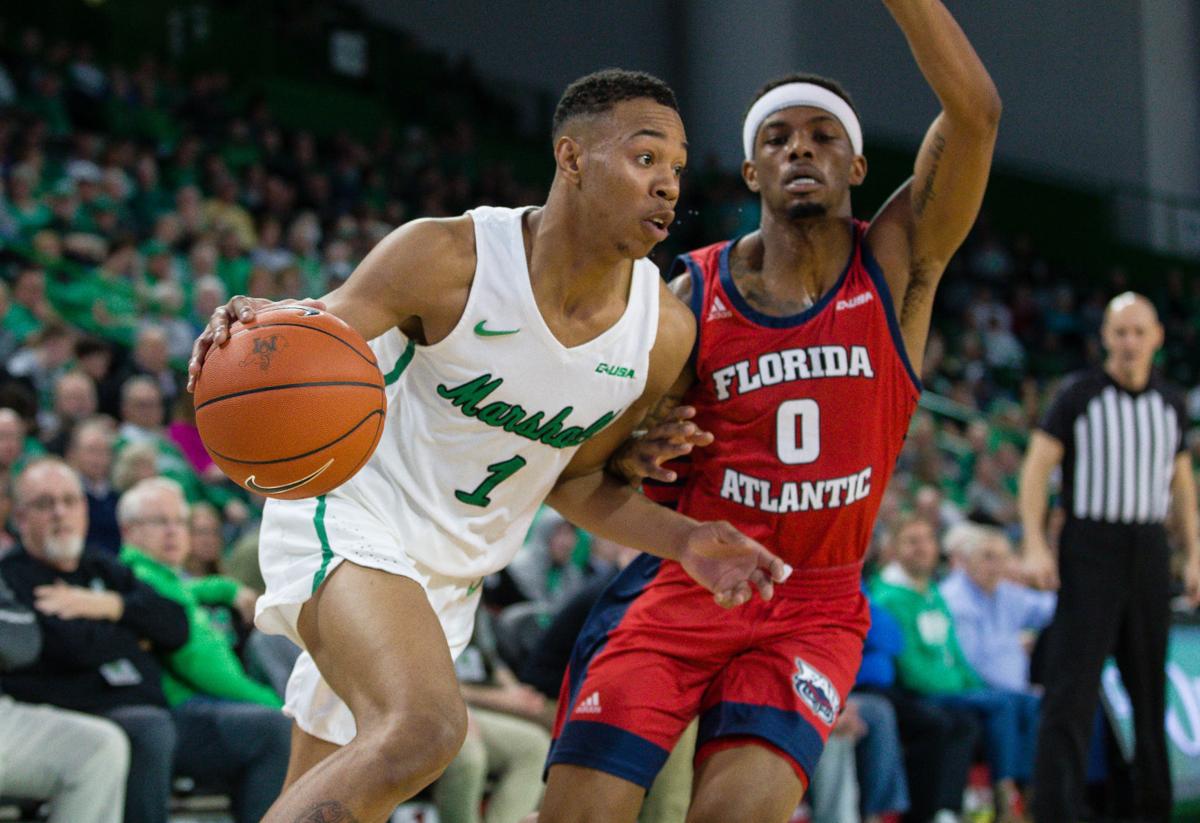 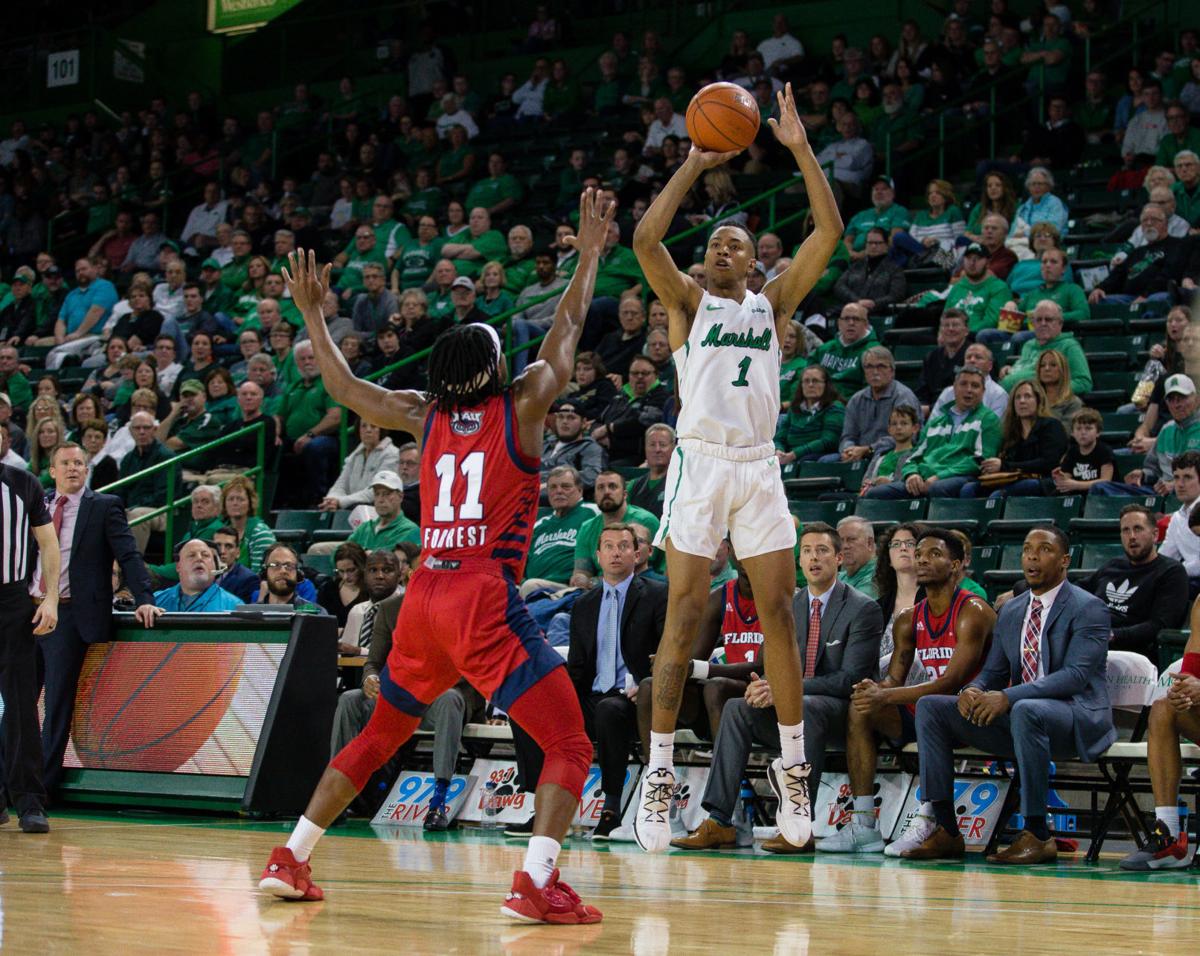 Marshall's Taevion Kinsey (1) puts up a shot over Florida Atlantic's Michael Forrest (11) during an NCAA men’s basketball game on Wednesday, March 4, 2020, at the Cam Henderson Center in Huntington, W.Va.

Marshall's Taevion Kinsey (1) puts up a shot over Florida Atlantic's Michael Forrest (11) during an NCAA men’s basketball game on Wednesday, March 4, 2020, at the Cam Henderson Center in Huntington, W.Va.

HUNTINGTON — One of the things that makes Marshall sophomore guard Taevion Kinsey special is his ability to soar over others on the court.

The high-flying sophomore from Columbus, Ohio, showed this season that it wasn’t only his physical ability that took a leap, however.

Kinsey elevated his game and helped Marshall overcome a tough start to finish 17-15 on a season which ended with his 26-point performance leading the team to a win over UTEP in the Conference USA Tournament.

On Monday, Kinsey drew accolades for his performance during his second season with the Herd as he was named a District 11 Second Team Selection by the National Association of Basketball Coaches.

Kinsey was at his best in the stretch run of the season, producing in many different areas for the Herd.

Over the last four games of the season, Kinsey averaged 19.5 points, 5.3 rebounds and five assists per game for the Herd, who scored at least 80 points in all of those contests.

The final of those games showcased one of his best stretches of basketball as he poured in 21 points in the first half of Marshall’s first-round matchup with UTEP to give the Herd an 11-point halftime lead.

Marshall head coach Dan D’Antoni said before the Conference USA Tournament that Kinsey was gaining comfort in his role on the team, which is to be a key scoring threat and one of three primary ball-handlers for the team.

Kinsey’s athleticism, combined with D’Antoni’s system, allows him to be a matchup nightmare within Conference USA as he has the athleticism to play fast in D’Antoni’s scheme while also possessing the length and explosiveness to score in isolation situations.

D’Antoni said that while Kinsey made big gains this season, his best work is likely still in front of him.

“He’s got to keep getting better and better at being the closer,” D’Antoni said. “He can get his shot at any time against anybody if he makes the right move, the right decisions.

D’Antoni added that Kinsey’s offseason workload includes getting into the gym and getting up as many shots as possible in an effort to become a better finisher in the mid-range and from the outside, which would enhance his athletic skills.

“As he gets his shooting better and he gets more confidence, it will make his penetration that much better because they will have to come up tighter on him,” D’Antoni said. “He’s got some work to do yet, but he’s growing into that role as the closer.”