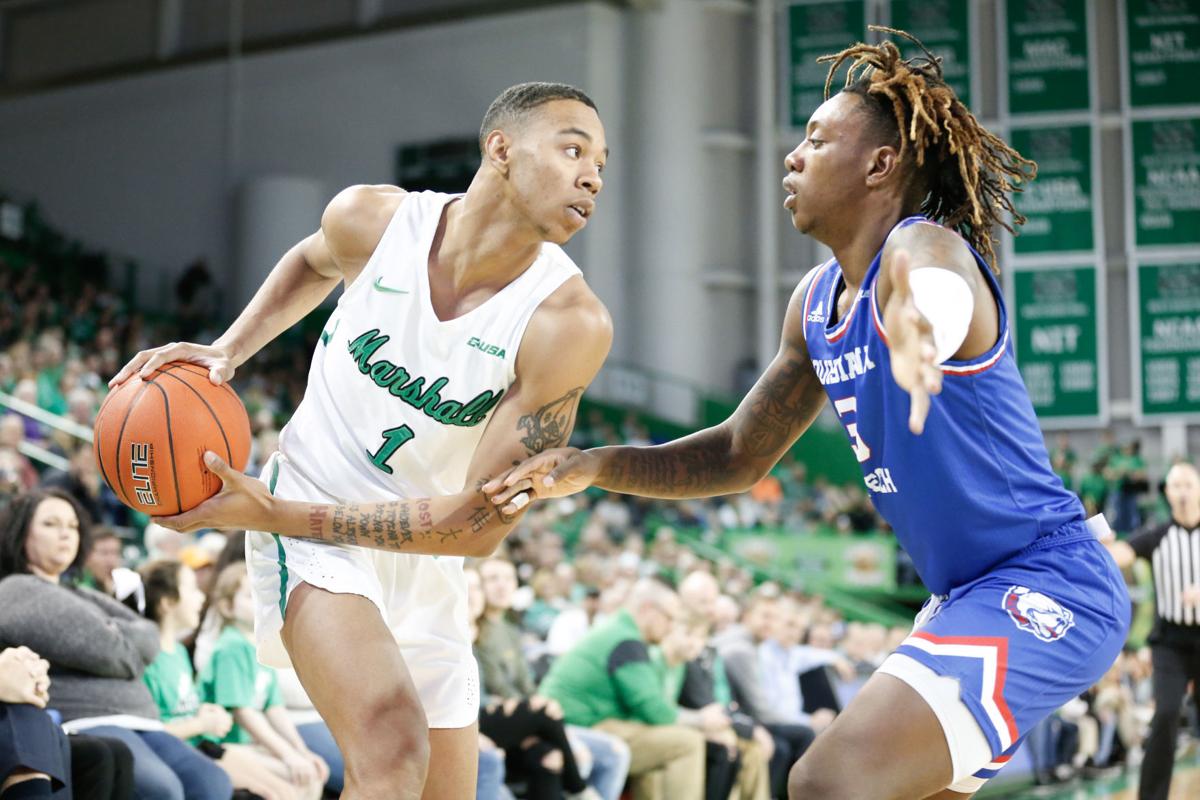 Marshall’s Taevion Kinsey is defended by Louisiana Tech’s Amorie Archibald during an NCAA men’s basketball game on Saturday in Huntington. 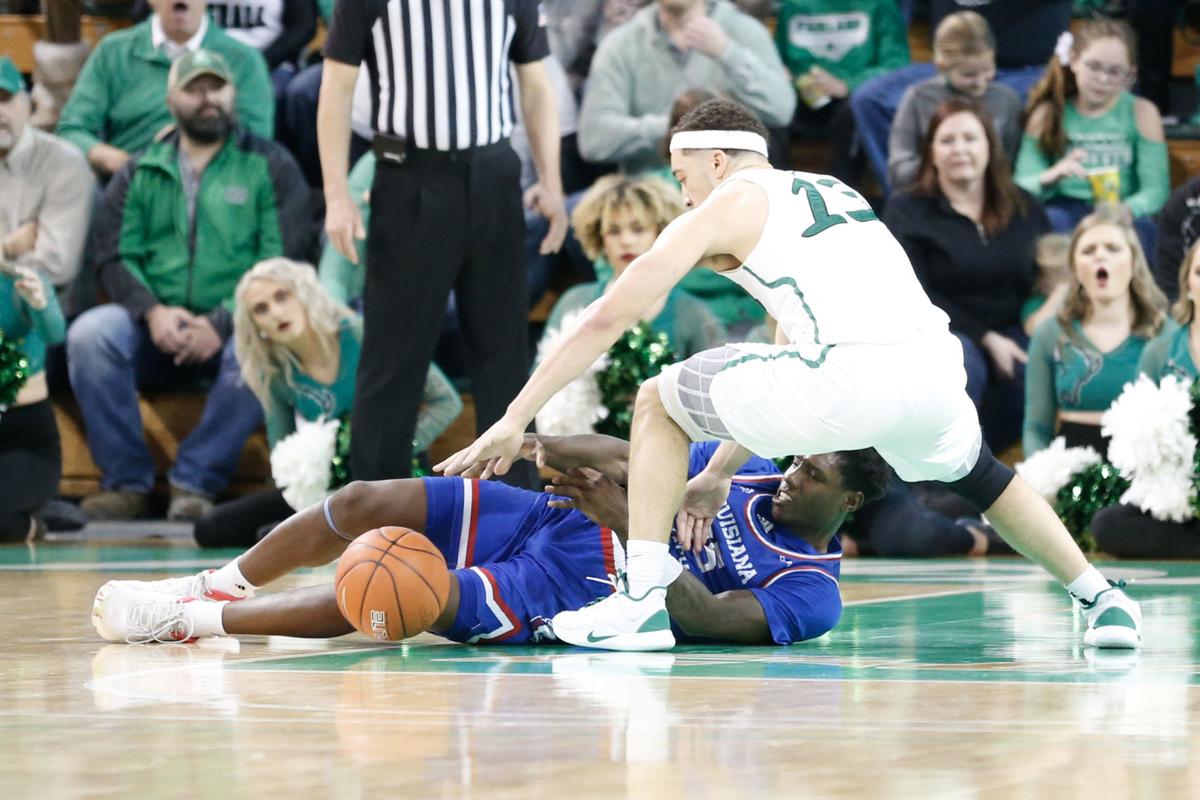 Marcus Constantino/For The Herald-Dispatch Marshall’s Jarrod West (13) steals the ball from Louisiana Tech’s DaQuan Bracey (25) during the fourth quarter of an NCAA men’s basketball game on Saturday, Feb. 8, 2020, at the Cam Henderson Center in Huntington, W.Va.

Marshall’s Taevion Kinsey is defended by Louisiana Tech’s Amorie Archibald during an NCAA men’s basketball game on Saturday in Huntington.

Marcus Constantino/For The Herald-Dispatch Marshall’s Jarrod West (13) steals the ball from Louisiana Tech’s DaQuan Bracey (25) during the fourth quarter of an NCAA men’s basketball game on Saturday, Feb. 8, 2020, at the Cam Henderson Center in Huntington, W.Va.

The Herd found a way to get an 83-79 win despite the ups and downs — big shots, big stops, turnovers, missed free throws and everything in between.

It is an element that was not lost on D’Antoni as he spoke on Monday prior to practice.

“It’s a young team, but it’s a growing team,” D’Antoni said. “One thing is very consistent: they play hard. And they want to win and want to play hard for Marshall. That will pull some games out that you technically don’t do exactly right. When their heart beats stronger than the other team, you usually win.”

That heart showed itself on Saturday in several areas. The Herd overcame its own self-inflicted issues — namely, turnovers and missed free throws — to make some brilliant plays, which included Mikel Beyers’ clutch fadeaway to force overtime and Jarrod West’s 3-pointer with 1:04 left that turned the game into a two-possession affair.

And there was a slew of defensive stops that also helped the Herd get to the extra session where they took advantage of the home crowd and key plays.

That doesn’t mean there isn’t room for growth, however.

“You’re right about that,” D’Antoni said with big laughter.

D’Antoni laughed heartily about the smoothness of games down the stretch when the Herd’s 11-0 mark when leading with 5:00 to go was mentioned.

It hasn’t always been pretty, but the Herd has gotten it done when leading late in the game.

“A lot of it is just not turning it over offensively and really being intense and paying attention to detail on defense and guarding, rebounding well,” West said. “As we get more game experience — we’ve been in a lot of tough games, a lot of close games — you continue to learn.”

Last week featured two contests in which the Herd took control in the game’s final 10 minutes — wins over Southern Miss and Louisiana Tech.

In each contest, the Herd trailed with 10 minutes before seeing its defense turn things around.

D’Antoni also joked that the close games are making an old man out of him, and West echoed that the Herd needs to start making life easy on itself down the stretch.

Against Louisiana Tech, Marshall had several opportunities to put the game away in regulation, but instead needed Beyers’ offensive rebound and putback to get to overtime after missed free throws and turnovers gave the Bulldogs additional chances to climb back into play.

“I do think we’re headed in the right direction,” West said. “We’ve just got to pay attention to detail and finish strong. We still made mistakes the other day. If me and Tae (Kinsey) made free throws in the last five minutes — I think I had a turnover, too — if we don’t have those, we probably win by seven or eight.

“We’re still learning, so we’ve got to get better.”

This week, Marshall won’t have the friendly confines of Cam Henderson Center to pull the team out of a tough contest.