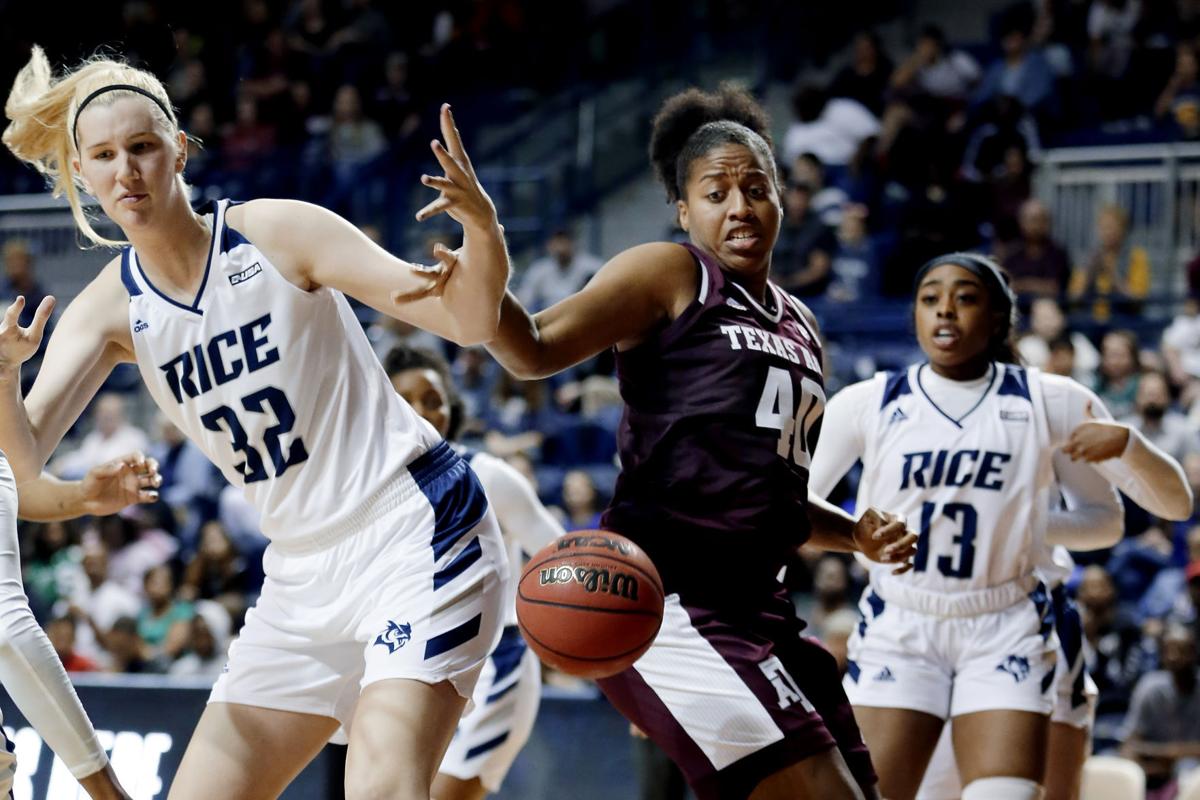 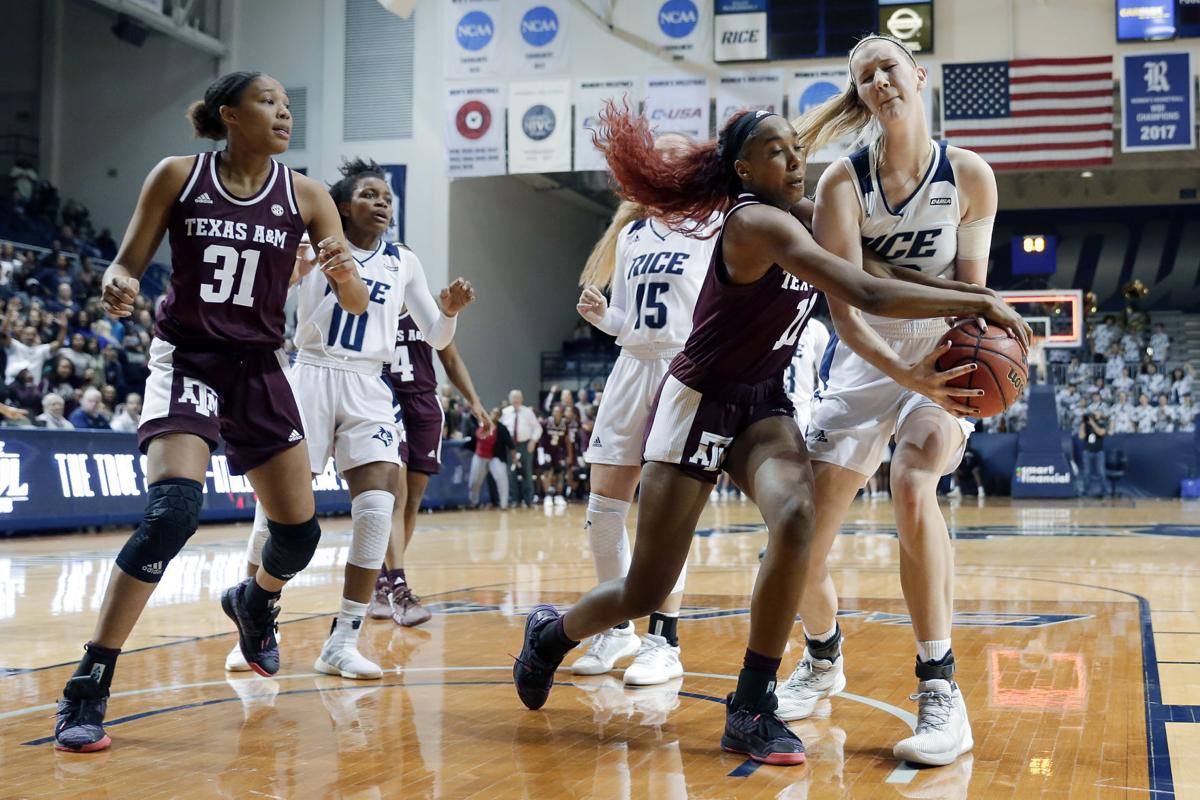 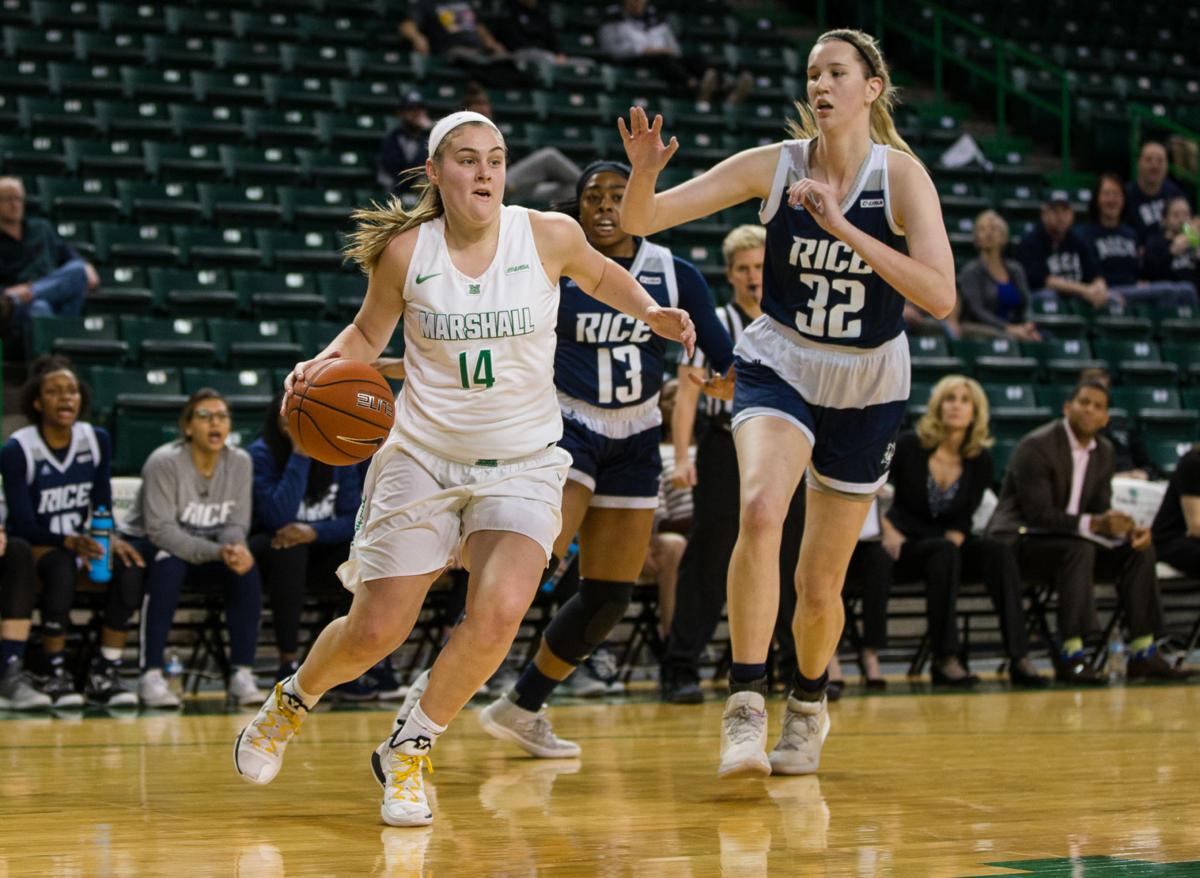 HUNTINGTON — Anyone playing in Conference USA women’s basketball knows how tall a task it is to face Rice.

The Owls simply haven’t been touched over the last two seasons under head coach Tina Langley.

What makes Rice so good in the 2020-21 season is the matchup problems the Owls create with 6-foot-9 center Nancy Mulkey, who was named the 2020-21 Conference USA Co-Preseason Player of the Year.

In past years, Mulkey was the team’s main defensive presence, earning the league’s Defensive Player of the Year honors in each season while Erica Ogwumike took care of the offensive end.

This season, Mulkey’s game has grown on the offensive end with most possessions going through her in some form.

Mulkey has carried the team in that regard, averaging 16.6 points, 7.7 rebounds and 3.4 blocks per game.

“Nancy Mulkey makes them extremely difficult to slow down on both ends of the floor,” Marshall head coach Tony Kemper said. “We’re going to have to be good this weekend. They’re really good and they can play.”

If there is an advantage that Marshall (5-7, 4-6 C-USA) has as the series starts on Saturday, it is that Rice (12-1, 8-0 C-USA) has not been on the road for more than a month. Their last road trip came at Old Dominion in a sweep of the Monarchs.

After that, the Owls had three straight weekends of play stoppages due to COVID-19, which left them without games.

They returned to the court last weekend in a home series against Western Kentucky, which was a pair of close battles the Owls won.

Mulkey had 22 points, 10 rebounds in Friday’s win over Western Kentucky, then followed with 16 points against the Hilltoppers to complete the sweep.

Kemper knows that despite the lack of road games in league play for the Owls, it will take a big effort for the Herd to take down the league’s lone undefeated team in Conference USA action.

“It’s going to take everything we have,” Kemper said. “They are a very good basketball team. They are a complete basketball team in terms of the personnel they have. Their guards are good, their interior players are good, so I think we understand and are excited about the challenge.”

In addition to Mulkey, the Owls are getting good contributions out of Lauren Schwartz (9.4 points), Jasmine Smith (9.1 points) and Sydne Wiggins (9.0 points), which helps balance out the scoring load.

The Owls have six players averaging eight points per game or more in an attack that has depth and scoring ability.

Marshall comes into the game with some momentum after getting a 73-68 overtime win over Old Dominion in its last game on Feb. 6.

In that game, Savannah Wheeler set a career-high with 35 points. The following series with Middle Tennessee was postponed due to COVID-19 issues with the Blue Raiders, meaning Saturday’s contest is the first for the Herd in nearly two weeks.

This weekend serves as Senior Weekend for Marshall senior Kristen Mayo, who has averaged 9.5 points per game in her six games played this season.